The only flaw in the S.T.A.L.K.E.R. series is that it is just too brief. Only three main submissions have been released, and I think that’s not enough.

S.T.A.L.K.E.R. 2: Heart of Chernobyl’s trailer may have caught your eye. It’s an Xbox exclusive, and it’s looking fantastic.

Before then, Ukrainian game development studio GSC Game World shown its prowess in the medium. A survival horror shooter that combines RPG, action-adventure and survival gameplay.

To discover what we’ve been missing, let’s check out the Stalker series.

The series’s first and most recognizable installment. Back in 2001, when it was still known as STA: Oblivion Lost, S.T.A.L.K.E.R. : Shadow of Chernobyl was in development.

Originally planned for release in 2003, the game was delayed and released in 2007 as the Shadow of Chernobyl.

An anonymous stalker, known only as the “Marked One,” is saved from a so-called death truck by another unnamed stalker, who delivers him to a merchant named Sidorovich in exchange for cash.

As a result of his amnesia, Marked One is left with nothing more than a single directive in his PDA: “Kill Strelok.” As a result, Marked One sets off on a trip to find Strelok, a road that only takes him deeper into the Zone.

“Zone” is now the Zone of Alienation surrounding the Chernobyl Nuclear Power Plant. The dangers of radiation are real in our world, but in the world of S.T.A.L.K.E.R., they are outweighed by other factors.

Many men have entered the Zone illegally in search of financial gain by selling valuable “artifacts” with various supernatural properties that have caused it to become unstable, and the landscape is littered with physics-defying anomalies, and the fauna has mutated into grotesque monsters – stalkers.

S.T.A.L.K.E.R. is mostly a first-person shooter with some RPG features. Despite the absence of a leveling system, the game has an extensive cast of non-player characters (NPCs) and a number of important weapon and equipment statistics that should not be overlooked.

In addition, the player has the option of joining one of various factions, however this feature was only included in later games.

This is a relatively slow-paced game overall. Take care in how you approach some situations and use cover when firefights erupt. In addition, the player’s movement will be severely restricted if the player carries too much weight in his or her inventory.

However, the game can be played in a variety of ways. A wide array of weaponry and protection suits are available, and the desolate, decaying Zone is ripe for exploration.

For a 2007 game, the graphics are fairly outstanding, but the animations and the X-Ray Engine are clearly noticeable.

Finally, despite its many flaws and bugs, STALOCKER: Shadow of Chernobyl is still a masterpiece. Although many faults were addressed in subsequent versions, several aspects of the game still feel a little sloppy.

Shadow of Chernobyl is far from extinct, as numerous mods are constantly being developed, ranging in size from minor tweaks to major overhauls.

After Shadow of Chernobyl, Clear Sky is a prequel that feels like a leap ahead and a leap backward at the same time.

The player assumes the role of Scar, a mercenary who, for some reason, is able to withstand the Zone’s lethal emissions at random intervals.

With the help of scientists and stalkers, he joins forces with the eponymous group of researchers and sleuths who are dedicated to studying and understanding the Zone.

New weapons and gear are available, as well as upgrades and repairs for guns and protective suits. Detectors are the sole means to find artifacts in the game, and they may be upgraded and repaired.

This expansion also includes new features such as a reputation system and the opportunity to participate in a faction war, in which members of a certain faction aid their allies seize territory from those of a rival faction in exchange for rewards.

Clear Sky’s engine has also been improved, making the game look a little more polished than its predecessor.

This is the third and final installment in the series, and the events of the game take place after the events of Shadow of Chernobyl.

Play as Major Alexander Degtyarev, a Ukrainian military official tasked to investigate the unexplained crash sites inside Zone that appear to have been caused by a helicopter accident.

While the gameplay of Call of Pripyat is similar to the previous two games, there are a few notable differences.

The game’s upgrade system has been improved, and new locations have been added that are larger and more open than those in the previous two games.

For its sturdiness and lack of glitches, Call of Pripyat received high marks (something that was a problem with both of the previous titles). Similarly, the game’s large open spaces added significantly to the sense of immersion in a diverse open-world setting.

It was time to move on to a new project with a completely new engine in 2010, as the X-Ray Engine was severely beginning to show its age.

The release date has yet to be determined (2021) 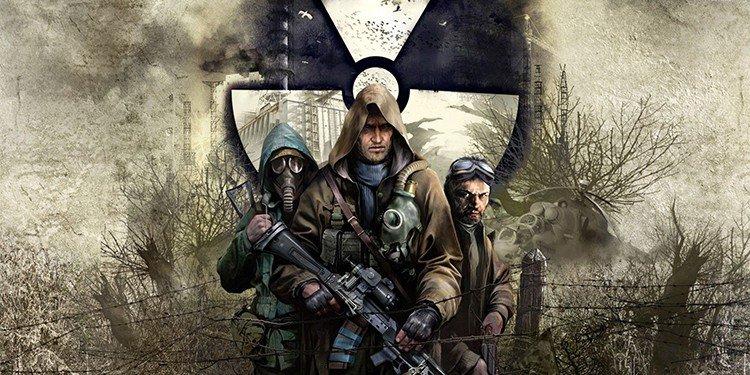 Unconfirmed, although Windows, PlayStation 5, and Xbox Project Scarlett are all plausible candidates.

S.T.A.L.K.E.R. 2’s troubled history began with its cancellation in 2012 and subsequent relaunch in 2018, as noted in the introduction. As of this writing, we know virtually little about the upcoming game.

There’s a significant chance that the game will be launched on consoles because it will be powered by Unreal Engine 4. No more information about the game has been released yet, but a trailer and playable demo are expected in 2020.

When it was first conceived, the makers hoped to have the game out in 2012. Because of this, the game was scrapped a year before its scheduled launch in 2012.

Under GSC Game World, the game was relaunched in 2018. In addition, the game’s graphics are rendered using the new Unreal Engine 5.

With that moniker comes the responsibility of being a member of the infamous S.T.A.L.K.E.R. crew: a group of renegades known for their nefarious activities that include plundering and looting as well as murder and mayhem. It’s an abbreviation for the show’s tone and setting.

An alternate Chernobyl Exclusion Zone is included in the story. After the real-life explosion, the game’s scenario explains why there was a second one.

The Ukrainian region was a part of the United States of America. According to the game’s storyline, psychic powers experiments were taking place in Chernobyl. When it happened in 2006, it triggered a calamity that resulted in an unusual weather pattern and induced mutations in the surrounding fauna and flora. In 1986, there was a historical explosion.

The Zone is the term used to describe the area immediately surrounding the blast site. Weather oddities, mutants, radiation, toxic wastes and Stalkers can be found in abundance in this region of the world.

Psionic “Artifacts” are the result of these oddities. The Stalkers scour the Zone in quest of items they may use to further their own ambitions and aspirations. Some are self-employed, while others are part of rival factions that compete with each other.

Additional factions include the Duty and Freedom factions. Some think the Zone should be demolished; others think it should be open to everyone. Mutants and others endowed with psychic abilities are being monitored by a military perimeter around the Zone.

An FPS with limited ammo and resources is made possible by this option. Players must keep track of a large inventory that includes a variety of items such as guns, health kits, ammo, food, and water. If you’ve played any of the Metro games, Stalker might be considered a direct rival. 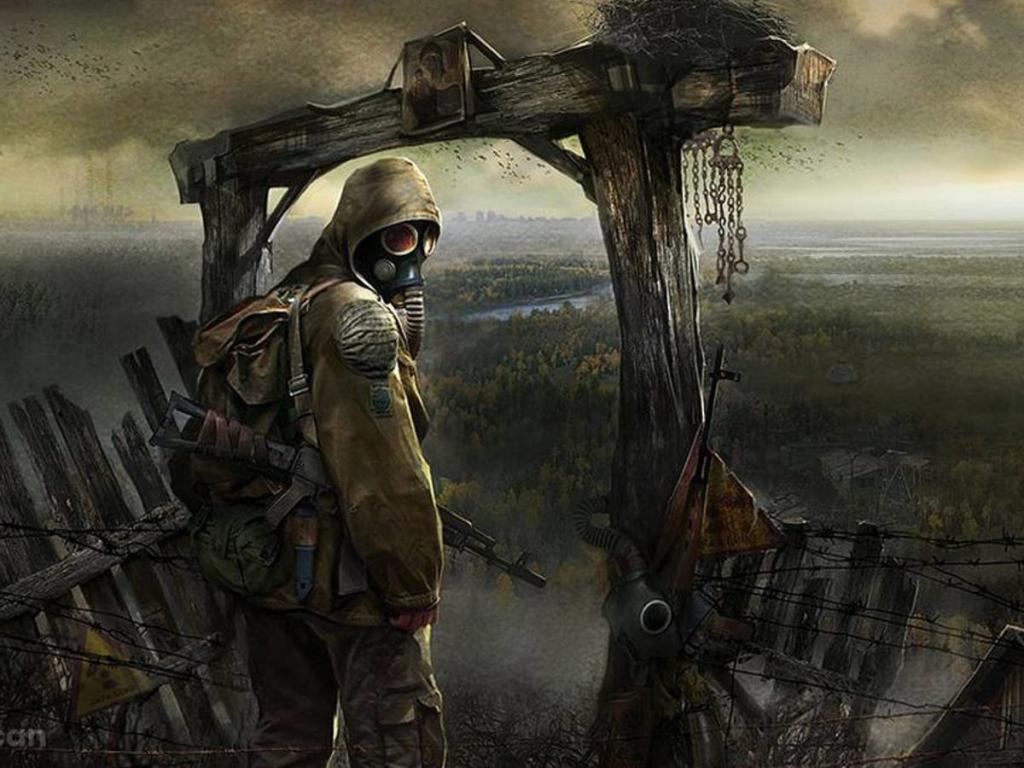 Both games can be enjoyed on their own. You can get all the information you need by reading my series description or any other guide.

Each of the three main games is intertwined with the others because they all occupy the same small area. This implies that they have a lot in common in terms of themes, characters, and settings. However, there aren’t many relationships between the individual games.

If you don’t want to play the series in order, you can just go through them in chronological order.

After Call of Pripyat, GSC Game World needed a long time to rebuild itself.

There were problems with marketing and development after they became publisher.

Microsoft offered a new arrangement many years after the third S.T.A.L.K.E.R. entry. For a period of three months, Xbox and Windows will be the only platforms to play the game. According to The Verge, this is the time period.

Which is best Stalker game?

Call of Pripyat offers the most refined gameplay, but Shadow of Chernobyl has a stronger atmosphere and a more compelling story, in my opinion.

Which Stalker game should I start?

Chernobyl’s Shadow or Pripyat’s Call. At first, CoP is a little tougher than SoC but gets easier as time goes on. I’d think CoP is the most straightforward.

In addition, there is planned to be a fourth game in the series in the near future, which would complete the S.T.A.L.K.E.R. series. S.T.A.L.K.E.R. is a must-see if you haven’t seen it yet.

Let us know in the comments if you think we’ve missed something vital, and we’ll do our best to solve the problem.