Wired vs Wireless Gaming Mouse – Choose What’s Best For You?

In spite of the fact that the gaming mouse industry has nearly finished its search for real gaming perfection, many of today’s gamers are still questioning the age-old question of whether to choose a wired or wireless gaming mouse.

Over the past few decades, users have struggled to determine whether or not the advantages provided by wireless technology offset the drawbacks in gaming performance.

Because of advances in technology, the difference between wired and wireless gaming mice is now considerably less. Today’s mice come equipped with new technologies that offer Lightspeed connectivity and an almost unlimited amount of battery life – making wireless gaming mice more popular than ever before. Furthermore, wireless mouse are now capable of delivering excellent gaming performance that rivals that of their connected counterparts.

If you’re having trouble picking between a wired or wireless gaming mouse because of the current crop of high-performance gaming mice, we’ve put up a guide detailing the differences between the two. We’re going to take a look at the primary characteristics that determine gaming performance, the main differences between the two technologies, and whether or not you should go wireless or wired for your next gaming mouse purchase in this article.

When purchasing a gaming mouse, there are two important factors to keep in mind:

Wireless or wired, what’s the difference? 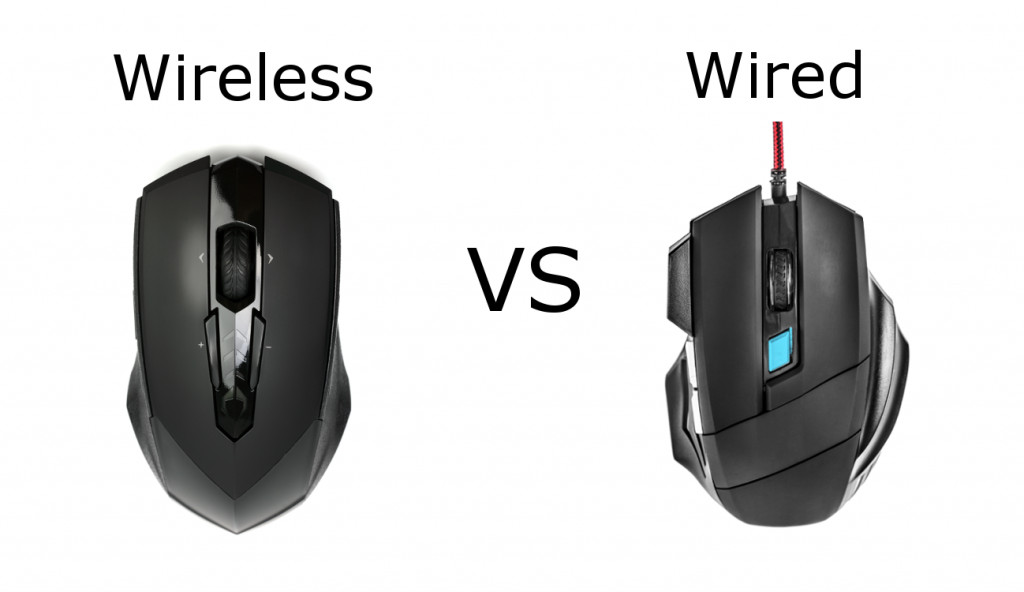 That being said, let’s get right to it and avoid wasting any more time.

Mouse can connect to a computer:

In comparison to USB, PS/2 is a long-dead technology that has been largely replaced by USB. Modern motherboards rarely, if ever, include a PS/2 connector, so the only way to use PS/2 technology nowadays is through an adaptor.

You’re undoubtedly already familiar with USB connectivity. Besides, practically all peripherals today are equipped with it. In other words, you can use any USB-compatible mouse with it.

To add insult to injury, USB 3.0 ports are unnecessary because USB 2.0’s speeds are more than adequate.

Computers, smartphones, and other mobile devices all use Bluetooth, which is a widely used short-range wireless technology.

Bluetooth, like USB, is completely backwards compatible, as well. It doesn’t matter whether your mouse uses a different Bluetooth version from your computer in this scenario.

However, it’s more crucial to check if your computer has built-in Bluetooth. Bluetooth is now built into nearly every laptop, although only high-end motherboards have built-in receivers.

If your motherboard does not have this feature, you can simply purchase a USB Bluetooth dongle.

In case you’re still scratching your head over any of the language mentioned above, we’ll explain what each technical specification means and how it can affect you as a gamer. Then, with that in mind, let’s get started right now!

When it comes to gaming mouse, the sensor is the most significant tech spec when it comes to assessing raw performance.? To play most computer games, precision and tracking are essential, and the sensor determines how precise the mouse is.

Over the past decade or so, sensors have undergone a massive amount of progress, with the current generation of gaming sensors providing faultless precision and responsiveness, as well as long life spans. Even if the number of sensors on the market is limited, there is still a significant performance difference between low-cost and high-end sensors.

When it comes to fast-paced games like FPS and shooters, you’ll want a mouse with the greatest sensor possible to get the most out of your gaming experience. You don’t have to worry as much about your next mouse purchase if you’re playing MMO, RPG, or RTS games. 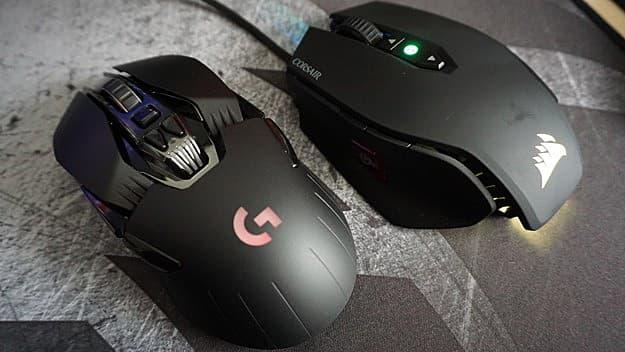 To measure how sensitive a mouse is, DPI (dots per inch) is used. A higher DPI means the mouse is more sensitive. Although manufacturers often use this as a marketing ploy, it has little effect on your game performance.

What’s the point? Well, that’s exactly what I was looking for. DPI is a major selling point for gaming mouse, with the most recent models clocking in at 20,000 DPI. If you’ve never used a gaming mouse before, 20,000 DPI could sound better than 12,000 DPI to you. But in reality, you generally won’t need more than 1,200 – in the most extreme circumstances, it could even go as high as 2,000.

Overall, all sensors may provide more than adequate sensitivity to meet your unique requirements, regardless of the application. DPI’s marketing is a trap you should avoid falling into.

The form factor of a gaming mouse is, for me, the second most critical aspect. Choosing the correct gaming mouse for your grip type and hand size is critical to your in-game performance. When it comes to competitive gaming, using a mouse that isn’t tailored to your hand size and grip type will put you at a significant disadvantage.

Finding a mouse that fits your hand and grip properly might be a challenge with today’s wide choices of wired and wireless mice. Take the time to make sure your mouse is correct for your grip and hand size before you buy it, and you could win or lose.

Since mouse makers now have the resources to develop lighter mice without sacrificing any gaming performance, weight has been increasingly relevant in the last five years. Lighter mice are potentially better for agility, quickness in responding to attackers, and practice time.

The Cooler Master MM711/Roccat Kone Pure Ultra is our go-to mouse for competitive shooters like CS:GO. Weight doesn’t play a big impact in other game styles because reaction speed and aim aren’t as critical.

Latency refers to the time it takes for a mouse command (such as “mouse one click”) to be registered by the PC. Our decision-making process is still heavily influenced by the distinction between wired and wireless technology.

It is common for wired mice to have a shorter latency because the signal is transmitted via a wire. To counter this, the signal can be delayed or interfered with in transit to the PC due to wireless’s reliance on wireless technology.

Professional esports players, on the other hand, need every advantage they can get, so they almost always use a wired connection.

Gaming with a wired or wireless mouse is now a matter of personal preference, thanks to advances in wireless technology and battery life. 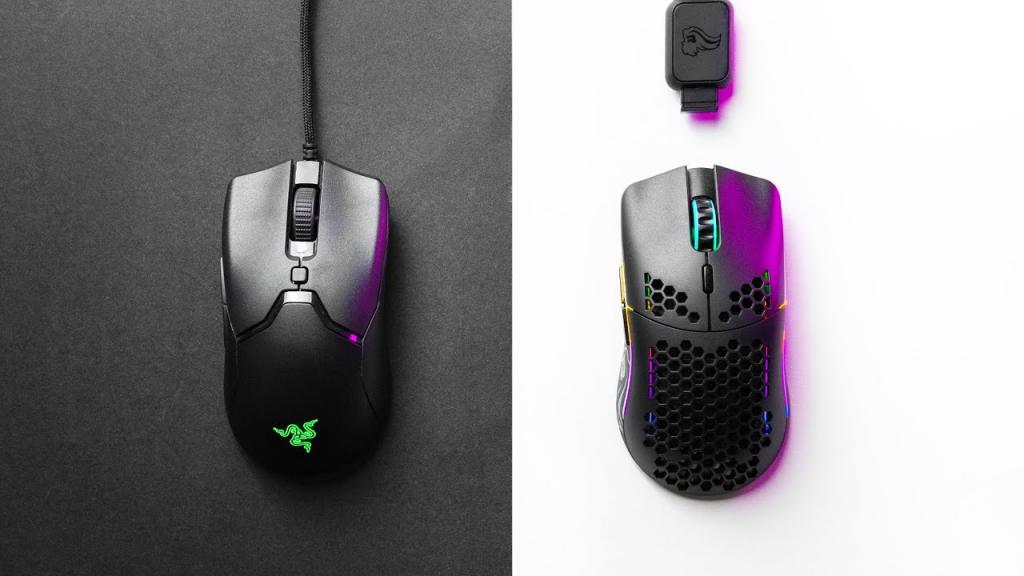 When it comes to gaming, there will always be people who prefer wired and the peace of mind that comes with knowing that your mouse’s connection is never going to drop or that the battery is going to run out and ruin an all-night session. However, such occurrences are becoming increasingly rare.

Latency is now comparable to that of a wired mouse, and the likes of Logitech, Corsair, and Razer have worked hard to ensure that their versions of 1.4Ghz connectivity are as solid as possible.

When it comes to purchasing a gaming mouse, ergonomics is the most important factor, as well as how much money you’re ready to spend. Wireless gaming mouse have gone a long way, and these are the first things you should ask.

Using a wireless gaming mouse provides the same mobility and ease-of-use benefits as using a wireless device in general. You don’t have to worry about tangled or trapped cables while using a wireless mouse, and you may move away from your desk whenever you choose.

The disadvantages of a wireless mouse, on the other hand, are the same as those of any other wireless peripherals: input lag and the need for external power sources. When it comes to most gamers, the input latency isn’t going to be a problem unless they walk a long distance away from their computer.

A minor inconvenience, rather than a major drawback, is keeping track of the battery’s remaining life. There have been times when our mouse, keyboard, or controller has died on us at a crucial stage in the game because we neglected to charge it.

A decision based on your requirements is always preferable when all the above aspects are taken into account. If a user’s needs dictate that one is superior, then so be it.

Consider a wireless gaming mouse if you’d like a more comfortable gaming experience, a less cluttered desk, or to play games on the couch. Only if you’re a competitive gamer who relies on every advantage will the little lag be an issue.

With that said, wired gaming mice are typically ideal for individuals on a tighter budget or who like to get the most for their money rather than spend an additional dollar on wireless features. 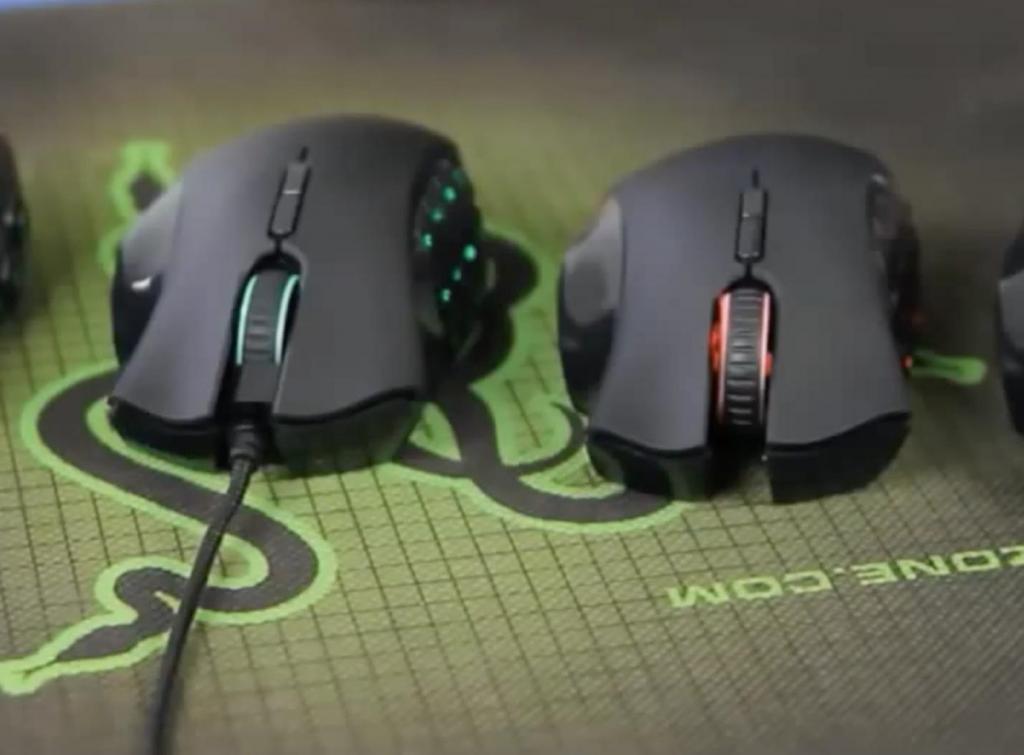 Because a connected connection is more reliable and sensitive, we’re tempted to say that wired mice are preferable for gaming. We’ve already established that wireless mice only cause problems in the most severe situations when input lag and a fluctuating signal are a concern.

Is a wired or wireless mouse better for gaming?

A wired mouse is almost always a better choice because it is more responsive and offers a better value for money. If you want freedom of movement or simply don’t want to deal with the cable clutter, go with a wireless mouse. There was a time when trackball-enabled mice were the only viable alternative.

That concludes our in-depth look at the differences between wired and wireless gaming mouse. We hope this analysis has made it easier for you to select a new mouse.

In today’s market, the only difference between a wired and wireless gaming mouse is the price. It’s getting harder and harder to tell wireless mouse apart from each other at the high end of the pricing range. If gaming performance is your top goal, but you don’t want to spend a lot of money, you may want to consider going with a wired connection instead.