The long-awaited sequel to Vampire: The Masquerade: Bloodlines was first revealed back in March of this year, and since then, fans have been kept in a state of anxiety over its progress. According to a few of the recent updates, the game’s release date has been postponed. Only a month ago, publisher Paradox Interactive stated that Bloodlines 2 was on the verge of cancellation due to the difficult working conditions.

Hardsuit Labs (in which Paradox holds a minority stake) is no longer working on Vampire: The Masquerade – Bloodlines 2, and that is all anyone knows about it right now. Earlier this year, in February, it was made public that a new development studio was taking up the project’s development.

After being initially scheduled to launch in March 2020, Vampire: The Masquerade – Bloodlines 2 has been postponed to an as-yet-unspecified time period during the third or fourth quarter of 2020. Another delay occurred, this time to 2021, with no release date given. 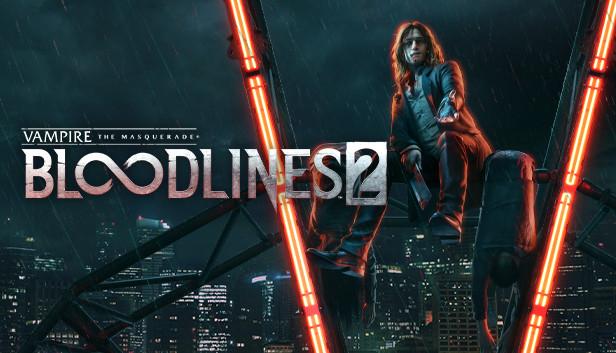 The game is expected to launch in 2022 at the earliest following a significant restructuring and the replacement of Hardsuit Labs by an as-yet-unnamed studio. However, even that date may be optimistic, depending on the extent of the changes being made to the game at this late stage in its development cycle.

As a thin-blooded vampire born during a Mass Embrace (a tactic employed by certain groups of vampires to sow chaos and violate the titular Masquerade in order to make unlife more difficult for their opponents), the player assumes the role of a nascent slayer of the undead.

Bloodlines 2 will contain five factions instead of the normal Camarilla-Sabbat-Anarch trio:

Because there are so many different sides to choose from, it’s safe to think that there will be a ton of opportunities for players to exercise their own creativity and decision-making throughout the story.

A first-person action RPG, the game will occasionally switch to a third-person perspective for particular activities, such as parkour and special attacks. With the several Disciplines available, the player will be able to enhance their combat and stealth abilities in a variety of ways.

Three new thin-blood disciplines will be available to the player at the start of the game, and each discipline will have at least two separate powers.

When Carthage was conquered by Rome in ancient times, the Brujah, a clan of fallen soldiers and intellectuals, dominated the city before being vanquished by the Ventrue. A group of modern-day vamps known as the Disciplines of Potence and Celerity, which allow them superhuman strength and speed, are the vampire society’s most outspoken dissidents.

As a group, the Toreadors are devoted to the pursuit of beauty and art, but they’re also a group of self-indulgent hedonism. Celerity is a useful tool for battle, but they also have access to a more versatile Discipline of Presence that allows them to affect the emotions of individuals or huge populations.

Aristocratic Vintrue, like Toreador in that they use their abilities to manipulate mortals to gain power, but they are more conservative and practical in their approach to life. Both the Dominate Discipline, which allows them to precisely influence the wills of others, and the Fortitude Discipline, which offers them unparalleled durability to damage, are available to them. 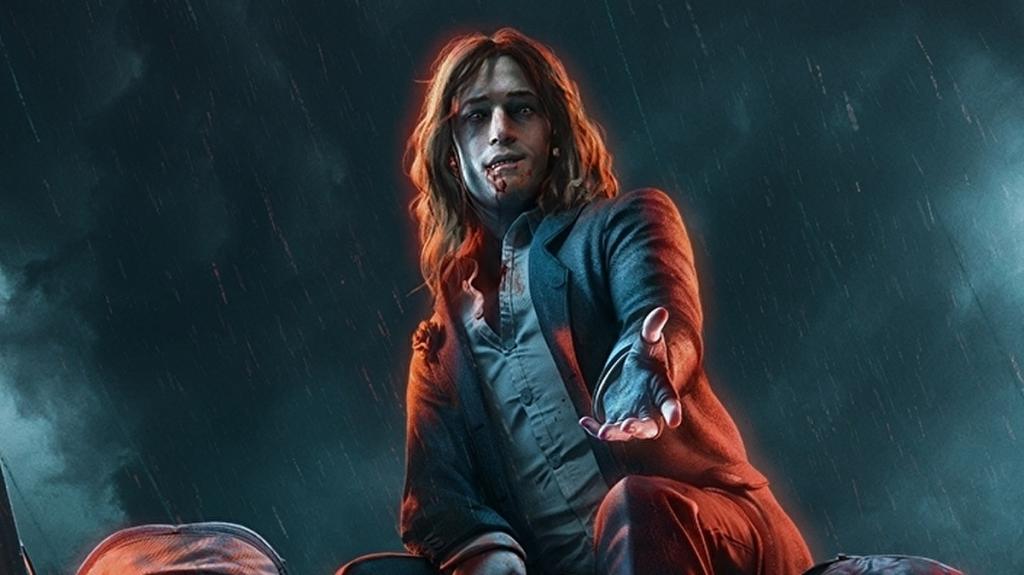 Because of their (mainly) unique blood magic (Thaumaturgy), the Tremere have a crucial advantage over their adversaries. Several high-damage ranged skills are available to the player in Bloodlines 2. In addition, the Tremere employ Auspex, a Discipline that enhances one’s senses and provides extrasensory perception to its practitioners.

Lastly, the Malkavians are an insane clan that the vampire community avoids because of their disarray and disorganization. Even if they aren’t aware of it, they can have a lot of wisdom. Their particular Discipline of Dementation inflicts lunacy on the minds of others, just as the Tremere.

It’s worth noting that two of the most important core clans – Gangrel and Nosferatu – are conspicuously absent from the game’s roster, suggesting that they will most likely be included in future DLC. The Nosferatu are already a group in Bloodlines 2 and the season pass is dubbed “Season of the Wolf,” which is an obvious reference to either the Gangrel, the werewolves, or a combination of the two.

As a result, Bloodlines 2 is expected to offer a wide range of gameplay and story options, as well as character customization. To put it another way, this time around, the player will be allowed to design their own character instead of being restricted to two pre-made models for each clan, one male and one female.

We don’t yet know how much customization the character’s appearance will have, but we do know that the player will be able to choose their character’s backstory and that this will influence some NPC interactions. The campaign’s 20-30 hours of gameplay will undoubtedly be impacted, as will some plotlines.

In a disturbing turn of events, Ka’ai Cluney and Brian Mitsoda were abruptly terminated in 2020. Bloodlines 2’s lead narrative designer, Mitsoda, previously worked as both a designer and writer on the first Bloodlines, and Cluney served as both on both projects. Additionally, Cara Ellison, a Senior Narrative Designer, departed the project soon after.

Mitsoda was instrumental in winning over the more skeptic fans, therefore his dismissal came as a shock to many, especially given the circumstances surrounding it, such as the fact that it was announced so close to the game’s release and that Paradox provided no explanation for the move.

Hardsuit Labs’ announcement that the game’s development would be taken over by another (as yet unidentified) firm and its release date was once again postponed on February 23rd, 2021, was another disheartening development. A 2021 debut was ruled out, thus the game will premiere in 2022 at the earliest, although no precise date has been announced.

As a result of the numerous delays and a slew of last-minute organizational changes, many Bloodlines 2 fans, particularly those who had their misgivings about the game from the start, are pessimistic about its future.

As with Bloodlines, many are eager to point out that the sequel is experiencing problems during development. We can only hope for the best at this stage and wait to see how it turns out.

Vampire: The Masquerade – Bloodlines 2 Developer Hit With Layoffs After Removal

There was a question during Paradox’s Q3 interim report about Vampire: The Masquerade – Bloodlines 2 and its mysterious new developer. CFO Alexander Bricca was forthright in saying that there isn’t but, maybe to give the fans a little hope, assured them that development is going well.

He noted that it would be a while before Paradox can announce a new release date for the game again. Because Paradox wants to be able to concentrate only on the production of the game, it has decided to keep the identity of the new developer a secret. 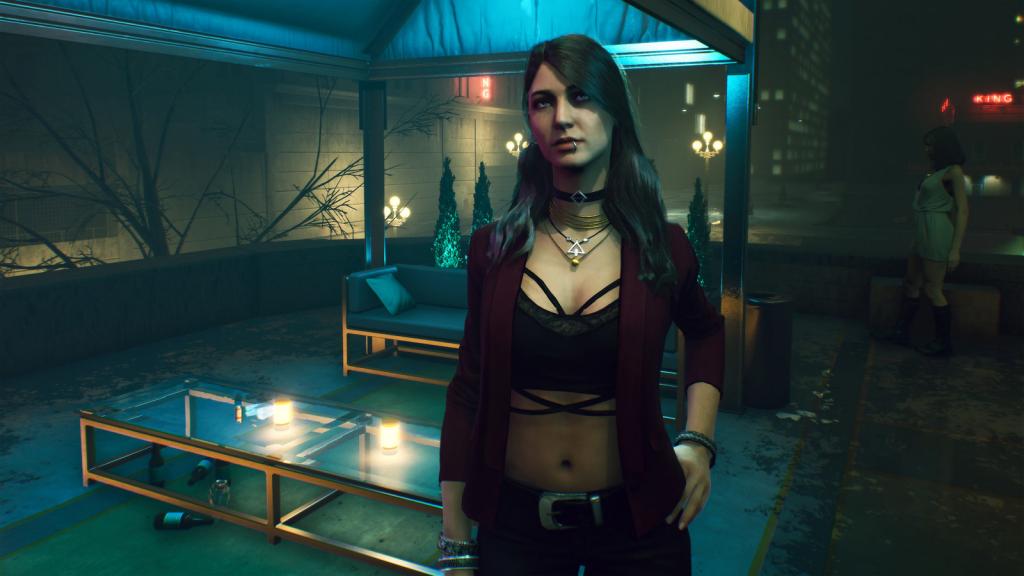 It would be an understatement to say that the development of Vampire: The Masquerade – Bloodlines 2 has been turbulent. Both the Bloodlines 2 creative director and story lead were unceremoniously fired when Hardlight was in charge of the project. There were more layoffs once Hardlight was removed from development duties, affecting the whole narrative team.

The first Vampire: The Masquerade – Bloodlines game, created by Troika Games and published by Activision, was released in 2004 and is now out of print. Despite the game’s negative reception, low sales, and the fact that it was technically released incomplete, it became a cult favorite. Vampire: The Vampire Chronicles 2 will be an action RPG, with the player controlling a newly converted vampire.

Other games in the series have kept fans entertained. Visual novels Coteries of New York and Shadows of New York as well as a battle royale spin-off Vampire: The Masquerade – Bloodhunt were released last year, with the full release expected for 2022, and the early access version is already available.

Who is developing Bloodlines 2 now?

On the other hand, while Bloodlines 2 revolves around a single vampire protagonist exploring the supernatural underbelly of Seattle, Swansong is a smaller and more intimate RPG set in Boston with social/mystery-solving RPG mechanics similar in shape to The Council, the previous game from French developer…

Why did Bloodlines 2 Get Cancelled?

Coronavirus pandemic, which altered the entire game production workflow and structure, is most likely to blame for further delaying the release of this game. As a result of being withdrawn from the project, Hardsuit was obliged to lay off several staff.

Is Vampire: The Masquerade – Bloodlines 2 still coming out?

Vampire: The Masquerade – Bloodlines 2’s release date was delayed for the third time in February 2021, which was accompanied by the announcement that Hardsuit Labs was no longer working on the game. As a result, the planned release date was moved back to 2022.

Vampire: The Masquerade – Bloodlines 2 has so far provided us with no further information!