As blockbuster superhero movies began to gain popularity in the early 2000’s, most video games based on them were mediocre at best.

A notable exception to this was Batman: Arkham Asylum, which was released in 2009.

In other words, what made the first Batman: Arkham Asylum so great, and how well did its successors expand on the foundation it established?

In this post, we’ll go through all of the Batman: Arkham games that have been released to date and give a brief description of each one. Read on, since this article should be just what you need, whether you’re going down memory lane or are finally getting around to playing through the series!

Batman: Arkham Asylum was the series’s launching point, as was previously stated.

After Batman arrests the Joker and sends him to the Arkham Asylum, things begin to go sour quickly, as you would anticipate. As soon as Joker escapes the prison, he and a slew of other iconic villains seize control of the facility, leaving Batman with little choice but to intervene. 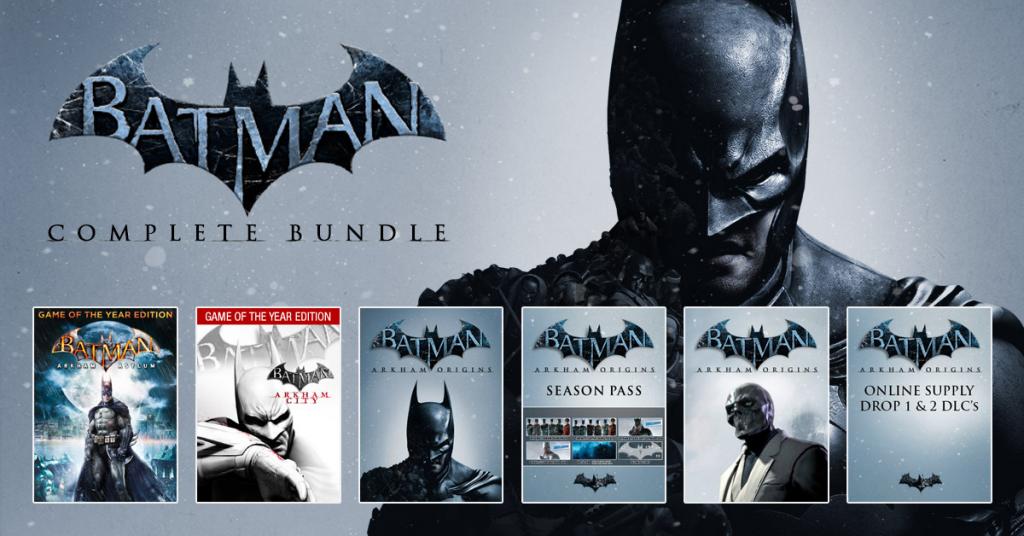 The fighting system of the game is simple but fast and rewarding, based on countering enemy assaults and incorporating well-executed stealth parts into battle engagements.

The player has a wide selection of gadgets at their disposal, allowing them to approach each problem from a variety of perspectives. In addition, the Asylum’s environs and Riddler’s different awards and riddles bring the place to life.

For the PlayStation 3, Xbox 360, and Windows, Batman: Arkham Asylum was first released in 2009. A remastered version of the game was released in 2016 for PS4 and Xbox One, and it was ported to macOS in 2011.

Batman: Arkham City was released in 2011 for PC and 7th generation consoles following the huge success and critical acclaim of Arkham Asylum.

Part of Gotham City becomes Arkham City after the events of Arkham Asylum, a lawless jail ruled by gangs and protected by mercenaries under the watchful eye of Dr. Hugo Strange. Bruce Wayne instantly dons his mask and cape after Strange captures him and throws him inside Arkham City, where the jail has turned into anarchy.

There are many familiar faces back in Arkham City, along with a few newcomers like Catwoman, a secondary playable character who can be controlled at various times in the game.

While the open-world is substantially wider than Arkham Asylum’s open-world is no less detailed and there are lots of well-designed interiors to explore, nothing is lost in this superb sequel.

PlayStation 3, Xbox 360, Wii U, and Windows are supported.

Batman: Arkham Origins, the third game in the series, was not a sequel but a precursor, as evidenced by the title alone.

Following a younger and less experienced Bruce Wayne on his midnight adventures, the game depicts an early chapter in Batman’s career. A hefty 50 million dollar bounty is placed on Batman’s head after Black Mask, the game’s (supposed) major villain. The Dark Knight soon finds himself in over his head, having to deal with a slew of professional assassins who may very well be out of his league.

It’s the same old concept and principles for combat, stealth, puzzles, achievements, and a wide range of tools for any situation in this third game in the Metroid series.

Even still, after two games, the formula was starting to seem a little tired, and Origins’ mediocre boss fights and bland landscape design didn’t help matters much.

There was no macOS version or 8th-gen console remaster for Arkham Origins, which was solely released on PS3, Xbox 360, Wii U, and Windows PCs.

PlayStation 4, Xbox One, and Windows are all supported.

This was the final major release in the main series (until further notice).

Immediately following the events of Arkham City, this narrative shifts the action to the streets of Gotham. Scarecrow and Arkham Knight, the game’s titular antagonist, are the game’s two primary antagonists. When Scarecrow’s fear gas threatened to shut down Gotham City, the mayor ordered the evacuation of a large swath of its territory.

The basic principle hasn’t altered much, but the combat and exploration are noticeably smoother than they were previously.

In terms of gameplay, the Batmobile is a welcome addition. It can be used for both transportation and battle. However, the non-skippable Batmobile sequences might become tedious after a while due to their lack of interest.

Since just the PS4, Xbox One, and PC versions of the game were initially released, there have been a number of complaints about the Windows version’s poor performance. 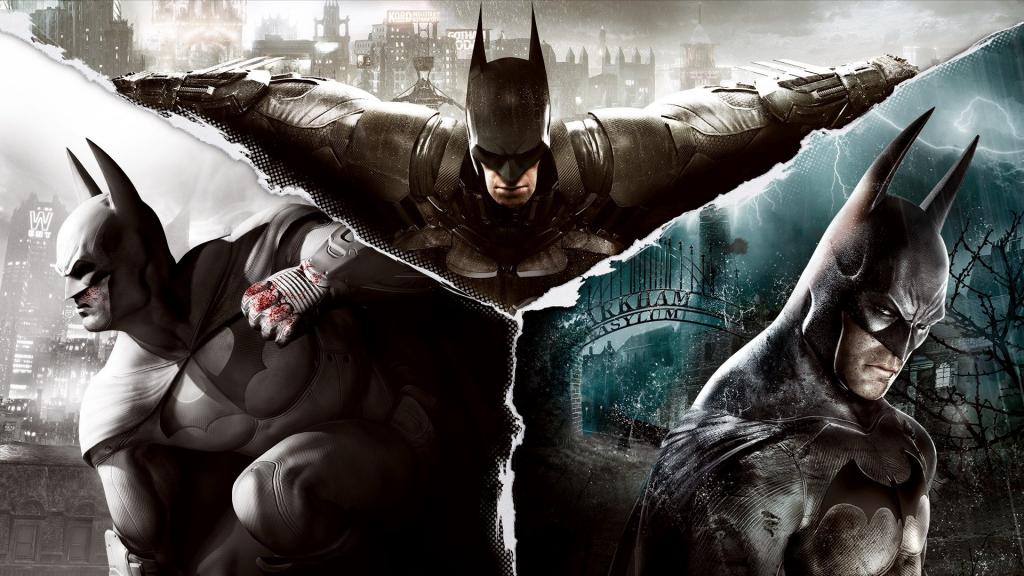 When is this movie coming out?

Immediately following Arkham City, a mobile game called Batman: Arkham City Lockdown was published. Many of the characters from Arkham Asylum and Arkham City appeared, although the emphasis was exclusively on battle. It came as no surprise that the tale was thin and the experience was brief.

Only two weeks after Arkham City’s release for iOS in 2011, this game made its way to Android devices in June of 2013. Since then, it’s been taken down from the App Store and Google Play.

The mobile version of Arkham Origins was released simultaneously with the main game, just as Lockdown was with the release of Arkham City. This time, though, the mobile game was launched ahead of the main title on store shelves. Like Lockdown, it was a one-dimensional arcade game with little to no depth or diversity to speak of.

Like Lockdown, it was first released on iOS in 2013 and then on Android in July 2014, however it has since been deleted from both app stores.

Arkham Origins Blackgate, a side-scrolling game designed particularly for portable consoles, was launched concurrently with Arkham Origins. In spite of the fact that this is a 2.5D rather than a 3D game, the gameplay principles of the main series are well-translated into the new format, with both fluid combat and well-executed stealth scenes.

The reception to Blackgate, on the other hand, was less than enthusiastic. Many thought it was only a diluted handheld version of Arkham Origins, with a more constrained gaming experience and a monotonous level design.

In 2014, the game was transferred to the PlayStation 3, Xbox 360, Wii U, and Windows from the Nintendo 3DS and PlayStation Vita.

For the first time in a long line of Batman games, Batman: Arkham Underworld put the player in the shoes of Gotham’s most notorious criminals, rather than Batman himself.

Despite the fact that it was initially made available on iOS and Android in 2016, it was swiftly removed from both stores in 2017.

Taking place between Arkham City and Arkham Knight, Batman: Arkham VR is an action adventure game. In this game, there is no fighting at all, but rather puzzles and exploration. Dark Knight Rises covers Batman’s investigation into the disappearances of Nightwing and Robin, who vanished after the events of Batman: Arkham City II.

In 2017, the game was launched for Windows in addition to PlayStation VR.

It is a 2016 remake of the original Arkham games, not a new one. Arkham City and Arkham Asylum are both included in the package. It also includes most of the game’s DLCs.

In addition to the material, the graphics, audio, and textures have been reworked. It has no effect on the story, gameplay, or mechanics.

It did, however, replace Unreal Engine 3 with Unreal Engine 4, which was an update to the graphical engine. That brightened the entire tone of the series and made the game more enjoyable.

In addition, the game’s resolution has been increased to 1080p. It’s still 30 frames per second, though.

The Xbox One and PlayStation 4 versions of the package have been released. It doesn’t work on PCs at this time. The Return to Arkham version has serious performance difficulties, which is why many gamers advocate the GOTY editions instead. Furthermore, the remaster did not include any work by Rocksteady.

A Batman-related project is said to be in the works at WB Montreal. Immediately following their decision to cancel the Suicide Squad live-action game.

Although no official material has been released, Batman: Court of Owls teases have been increasing in volume.

As far as I can tell, the Court of Owls are the main villains in a Bruce Wayne game. Court of Owl has been teased for about a year by Geoff Ellenor, a game director at WB Montreal.

There were a number of opportunities for fans to see the game for the first time this year, including DC’s Batman Day and the Game Awards in December.

While this hasn’t been confirmed, there are a few hints that the game will be revealed at some point in 2019. Rumours, on the other hand, will continue to grow until an official announcement or appearance is made.

So there you have it, a chronological list of all the Batman Arkham games. You may have gained some insight into one of the most popular video game franchises in both the superhero and video game industries by reading through this article. 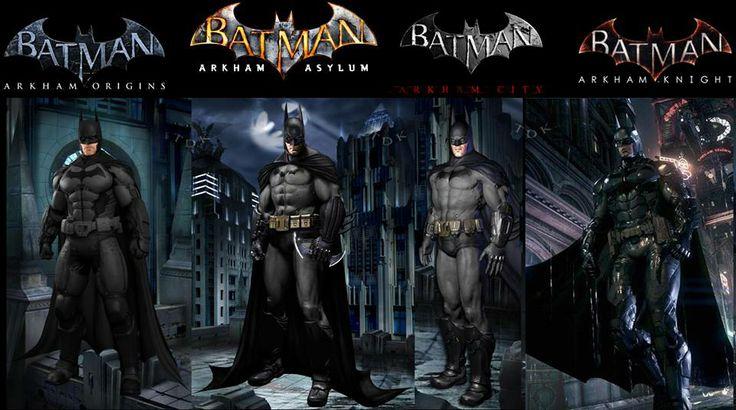 What order did the Batman Arkham games release?

Can I play Arkham Knight first?

When playing the full series, I’d advise against starting with Arkham Knight. If you can, try to follow the order of release. Despite the fact that Arkham Asylum came first chronologically, the changes to the basic gameplay are cumulative.

All of the Batman Arkham games have been released thus far, so there you have it!

Suicide Squad: Kill the Justice League, the next chapter in the Arkham saga, is set for release later this year. Although it’s not a Batman game, it is a continuation of the Arkham series’ tale.

There’s also Gotham Knights, a game that will center on Batman’s allies after his presumed death, with four playable characters, although it’s not part of the Arkham series. 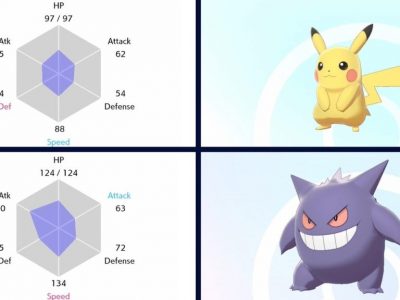