Best Hide And Seek Games On PC. The Ultimate List

It’s a lot of fun to play hide-and-seek games with your buddies. The following is a list of the greatest PC hide & seek games currently available.

There are a variety of games that are more open-ended and offer flexible gameplay mechanics that allow for all kinds of unique interactions, some of which are designed to be linear, story-driven experiences.

Regardless of whether or not a game officially offers modes like prop hunt and hide and seek, gamers like creating their own modes in multiplayer games with open, free-roaming landscapes.

To ensure we don’t miss any of your favorite hide and seek games, please sure to check back frequently and let us know if we’ve missed any.

Witch Both the Hunters and the Witches have their own duties in this multiplayer game of hide and seek.

The Hunters’ mission is to search for hidden witches in a wide variety of settings, such as villages, exotic islands, and impenetrable forests, all of which have their own unique set of props and effects.

Tools and traps, such as salt, are available to them in order to help them catch the witch and bring her down to a halt.

Witches can fly, disorient, or distract Hunters with magical spells that allow them to take on the form of any object.

In Unspottable, players compete against each other in a couch co-op version of hide and seek.

With the help of an environment-specific rulebook, one human tries to identify the imposters in a throng of AI characters.

At any point in time, the hunter can reach out and administer a satisfying strike that causes the victim to fall to their knees with funny ragdoll mechanics.

Unspottable’s distinctively bright and effervescent look enhances a tried-and-true method of incorporating hide and seek gameplay into a video game.

In the next free-to-play horror game, cute bears are being chased by a terrifying shadow monster in Light Bearers.

One player assumes the role of the Shadow, attempting to infect the Light Bears with their virus by capturing them before they can flee.

The Light Bears can hide from the Shadow until a doorway opens up and they can flee.

If one of the last remaining Light Bears makes it to the portal, any infected players can return.

Survival horror games like Hello Neighbor have always had a fun hide and seek element to them, so it was only a matter of time before we received an online version of the original game.

They try to get into their scary neighbor’s house and find evidence that they’ve kept youngsters as slaves in Secret Neighbor.

To get access to the basement, where the children are allegedly being held hostage, they must first gather a smattering of keys hidden throughout the property.

When one of the kids in the rescue party is actually the wicked Neighbor disguised as a kid, things become interesting.

G-mod, the original Prop Hunt from Garry’s Mod, is an essential part of any list of hide and seek games to be included on.

With this physical sandbox, gamers may create their own digital worlds, characters, and settings that they can return to time and time again to explore.

With Prop Hunt as its newest and most popular innovation to date, one person seeks to locate the players’ exact location and determine whose prop they’re impersonating.

Since Among Us is one of the most popular multiplayer games, finding a group of friends to play hide and seek should be a piece of cake.

This is a murder mystery game that may now be played in a variety of other ways, such as hide and seek.

As a result of the developers’ hard work, hide-and-seek games can now take place without the need for participants to fiddle with visibility settings or rely on an honor system.

Imposters are put at a disadvantage in this mode, which restricts their visibility, while crew members are obliged to come up with inventive hiding sites on any of the provided maps

In Dead by Daylight, you’ll be doing a lot of hiding and seeking, albeit it’s not a classic hide and seek game like many of the others on this list. 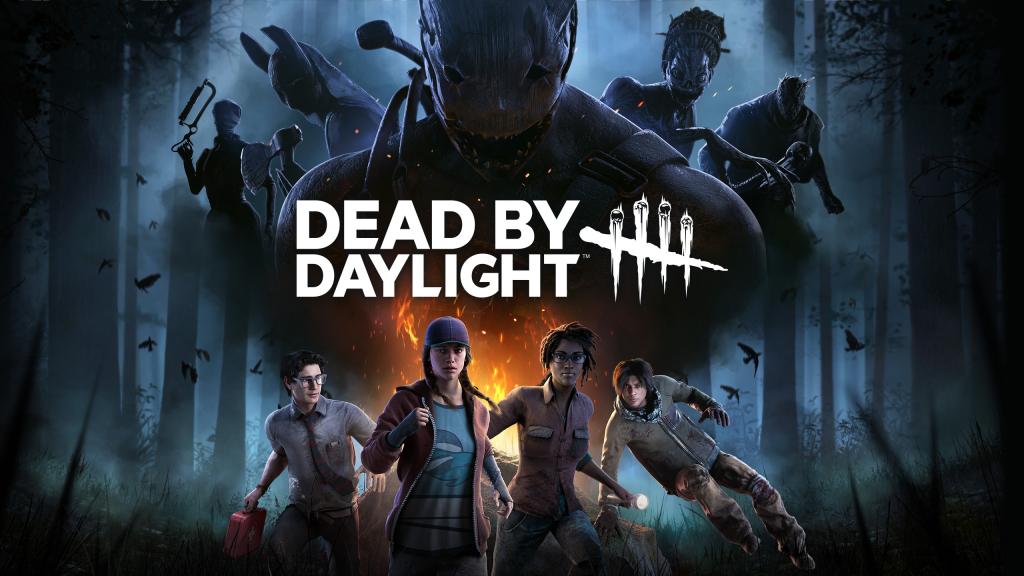 The premise is that four survivors must work together to fix power generators that disclose an escape hatch in order to dodge a murderous killer.

In order to avoid detection by the killer, the survivors must be as elusive and stealthy as possible by hiding under ledges and behind closets.

It is imperative that a colleague intervenes quickly to save a survivor who has been captured by the killer before they bleed to death.

Bounty hunters compete against each other for the most lucrative targets in this first-person shooter.

The idea is to follow and hunt these animals before banishing them from this planet and completing your bounty in order to gain experience points and rewards for your character’s character.

Because you can track other players in the game, being able to hide and seek out your enemies is a vital skill.

Because of its cruel open world, Rust has gained a reputation for being tough as nails when it comes to making it through.

A competitive sandbox where players have to battle for resources while battling the outdoors and all of its challenges is what most servers are like.

There are, however, certain Rust servers that offer non-competitive settings, enabling you to roam about freely and even play a game of hide and seek.

With the correct combination of rules and players, hiding and seeking in Rust can be a lot of fun, despite the game’s enormous and sprawling globe.

As a spy, you may have imagined yourself attending a high-society social event in order to get close to your target before executing the plan.

One player tries to hide in plain sight while the other tries to pick them out from the crowd in SpyParty, a competitive multiplayer hide and seek adventure.

It’s imperative that the detective player make the most of the time they have to observe the crowd and spot any suspicious activity before putting an end to the spy’s life with a well-aimed shot.

Using human behavior and perception, you’ll feel like a sleight-of-hand spy while playing this type of hide and seek game. 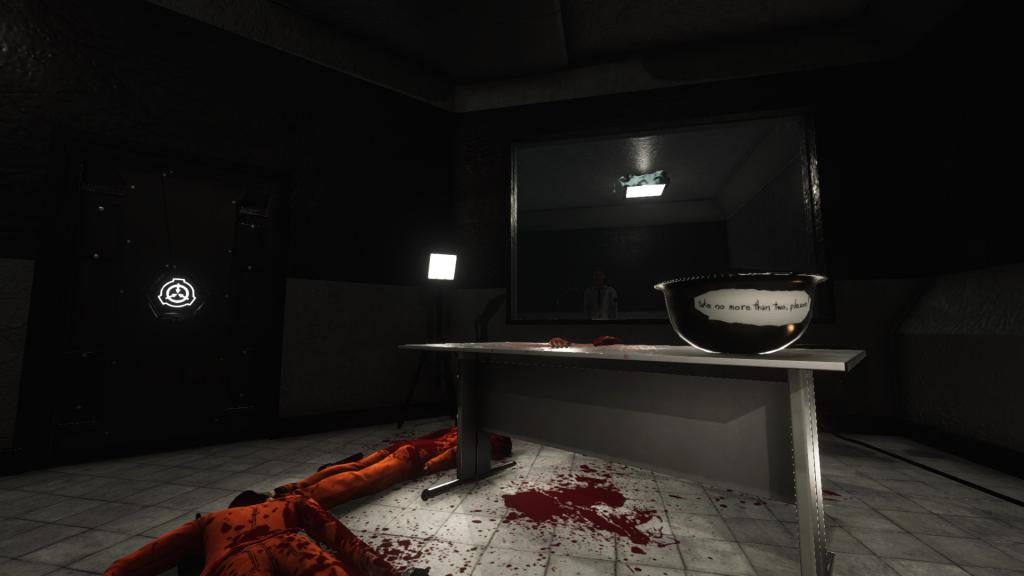 An army of otherworldly creatures are released on the scientists, the security task force, the inmates, and others who are imprisoned inside a top-secret containment facility that breaks.

Depending on your function in the game, you may be a monster or a person trying to get out of the facility or utterly demolish it.

In order to survive and get access to new locations, you’ll have to hide from potential threats, as well as seek out opposing players and make alliances with other players.

Another early pioneer of the hide-and-seek genre, and one that influenced a number of other games on this list, is Hidden in Plain Sight.

Basically, in a room full of identical NPCs, some are controlled by players and must be found and eliminated by a team of 1-2 investigators using limited firepower.

Before the detectives can find out who the secret players are, they must complete a series of tasks.

The game has a variety of modes that alter the fundamental gameplay and allow for up to four players to play locally at the same time.

When it comes to hiding and being found, Midnight Ghost Hunt is an upcoming indie game that pits two teams of ghosts against each other in a battle for survival.

In order to avoid or damage the hunters, the spirits might take possession of objects in the environment.

Hunters can identify any spectral presence before catching it for good with a variety of ghost-busting instruments.

We’ve been monitoring the game’s development for a long time, so be sure to keep an eye out for future updates on the game’s release.

During each round, one player is chosen to be the Shadow, while the other players play as Light Bears, seeking to avoid being infected by the Shadow and advancing to the next round. Shadow Bears are Light Bears that have been corrupted by infection, and they work for the Shadow to capture and infect other Light Bears.

Even without Garry’s Mod’s famous Prop Hunt, a list of hide and seek games would not have been complete.

Garry’s Mod is a sandbox game with physics elements. There are no predetermined objectives or goals in this game. We give you the tools, but you’re on your own after that.

For the most popular creation so far, Prop Hunt, gamers hold real-world objects as one person does an in-depth investigation of their location.

It’s a first-person shooter with aspects of PvPvE and big stakes that’s called Hunt: Showdown. You’ll be battling hordes of creatures in this gruesome online multiplayer game as you compete for the rewards of glory, gear, and wealth. 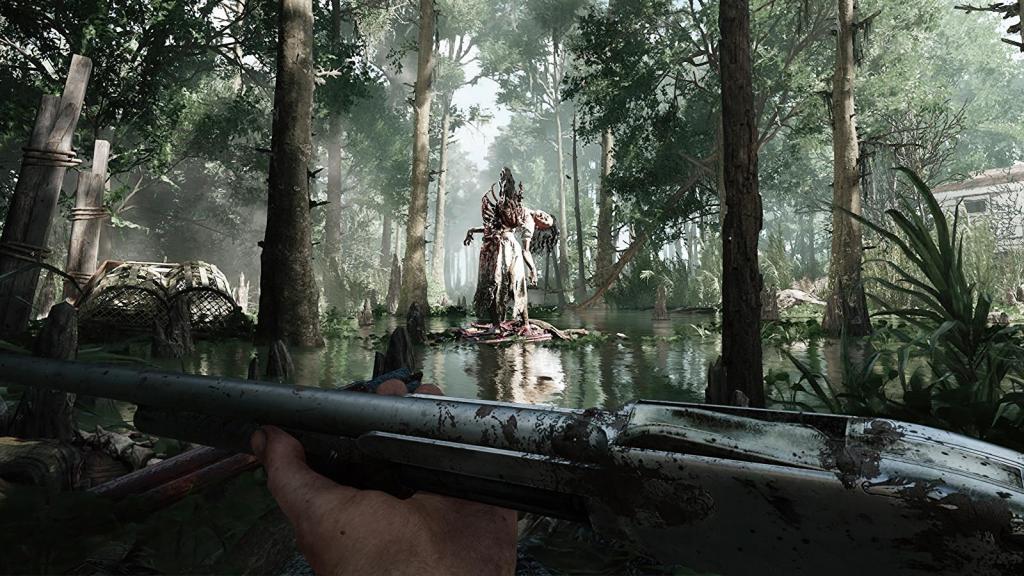 It’s a terrific competitive shooter if you’re prepared to put in the work and accept the slow character advancement.

It is possible to play SCP: Secret Laboratory as a free horror game, which takes place in a massive world full with lore, characters, and more.

Scientists, a security task force, inmates, and others are attacked after a top-secret device malfunctions, releasing an army of monsters.

There are two ways to win: either killing monsters or escaping or destroying the object entirely dependent on the role being played.

“Hide and seek” is missing from this game. In order to stay alive and explore new places, you’ll need to continually hide from dangerous enemies while also keeping an eye out for other players’ groups and forming alliances with them.

Is there a hide and seek video game?

Is hide and shriek free?

Free to Play on Steam: Hide and Shriek In this Halloween-themed multiplayer game, you can either scare or be scared. To win, use spells and traps to terrorize your opponent.

How do you play hide and shriek?

Played in 10-minute sessions, Hide and Shriek is a one versus one multiplayer adventure. Simply scare your opponent to death by being a wicked little rascal until the clock runs out. The player with the most points at the end of the timer is declared the winner if there is a tie.