As a streamer, you’ll need to put in the time and effort to succeed, and you’ll also need a little luck if you’re hoping for big things in the long run.

You’ll also need to pick which part of the internet is the greatest for spreading the word about your channel and increasing your audience, in addition to purchasing the necessary hardware, software, and games.

Although Twitch continues to thrive as the most popular live streaming platform for gaming, it’s not ideal for every game or audience. You may be better off broadcasting to YouTube or Facebook Gaming in some situations.

Let us help you narrow down your options by looking at Twitch, Facebook Gaming and YouTube Gaming to see how they compare up against each other in terms of features and audience size. 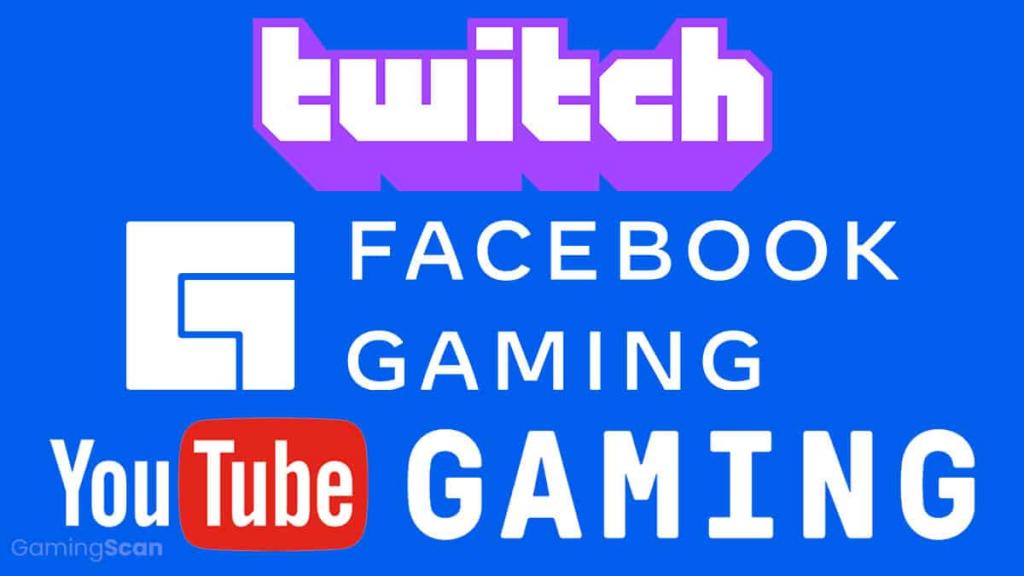 These services are constantly evolving and adding new features, so keep an eye out for future upgrades.

In terms of gaming broadcasting, Twitch is by far the most popular platform. While originally intended to be a live DJ service, the platform has now developed to include a wide range of genres, including gaming, music and art.

In order to get the coveted Affiliate status on Twitch, you must build a following, stream regularly, and keep viewers on the site for an extended period of time. One of the most important prerequisites is that you have a sizable audience who regularly tunes in to see you.

You can then apply for the Affiliate role on Twitch to see if you’ve met all of the requirements. As a member, you’ll have access to many more features than normal users, including the ability to monetize your streams and to stream at higher quality than ever before.

You can join the Twitch Partner program, which allows you to collect paid subscriptions from viewers and earn a percentage of ad income, if you do well as an Affiliate.

There has been an increase in the number of streamers accepted for Affiliate and Partner status in recent years. Twitch has a lot more competition than other platforms because of the oversaturation of particular games and time periods.

Building an audience elsewhere and then bringing them to Twitch is a far more straightforward path to success. The games you may broadcast, as well as the amount of time you have to do so, are important considerations. Check out our recommendations for the best games to stream on Twitch if you need some guidance. 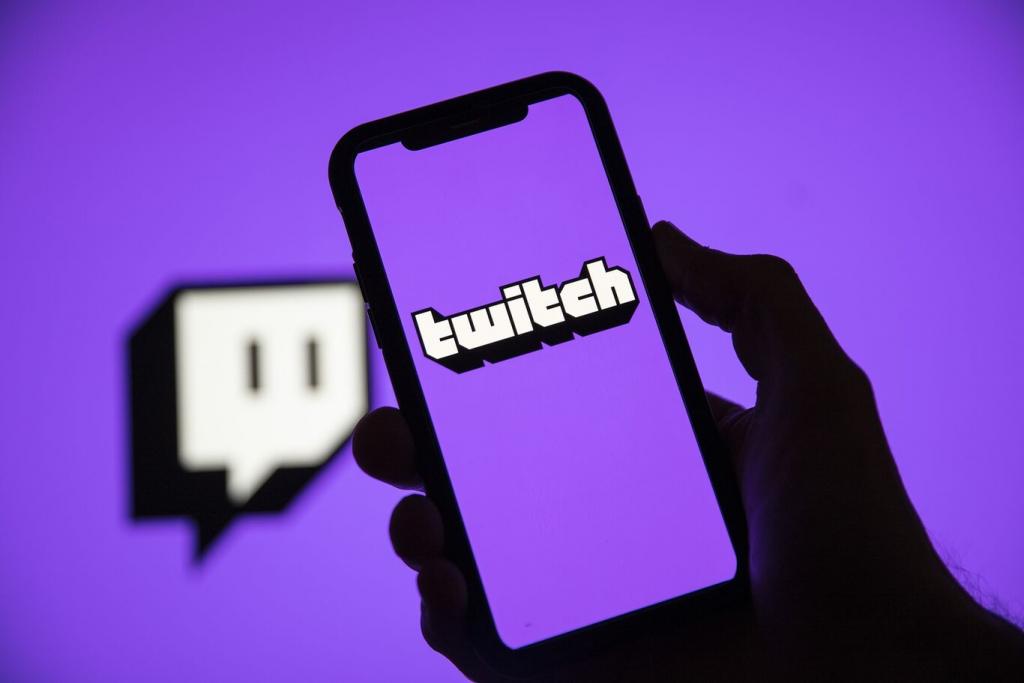 Twitch has regularly outperformed YouTube when it comes to viewers and streamers since Twitch was founded in 2011. It’s not all that surprising, considering they’ve always prioritized pre-recorded content.

YouTube, on the other hand, has taken some steps to improve its streaming quality. This involves bringing YouTube Gaming to the main site, reworking the Creator Studio, and introducing new revenue options for Partners.

YouTube Gaming has witnessed a surge in popularity since these modifications were implemented, and many producers have started using it to communicate with followers in real time between uploads. Twitch-like stream setup comes with the added benefit of having your stream automatically be saved when the stream terminates.

If you’re looking to make money streaming, you can use Google AdSense and the YouTube Partner program, but you’ll need at least 1,000 subscribers and 4,000 views to be accepted for both programs.

Twitch is beaten in the area of discovery by YouTube. You don’t need to be an SEO expert to improve your video’s chances of being seen by as many people as possible. However, you’ll still have to contend with a never-ending stream of pre-recorded gaming videos as a drawback. 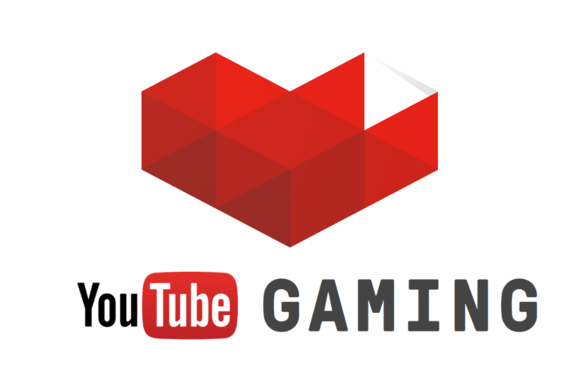 You can now broadcast your gaming sessions to a global audience through a live stream on Facebook thanks to Facebook Gaming, a feature that grew out of Facebook’s expanding interest in gaming. Like Twitch and YouTube, but with a slew of special benefits, the structure is comparable.

As a first step, you can invite friends from your personal profile to join your stream, or you can get discovered by making a stream listing, which is then categorised by the game title. After you’ve set up your profile, Facebook begins recommending your stream to a specific audience.

Game clips may be managed in Facebook’s Creator Studio, and videos can be trimmed and posted. You have less of a possibility of getting lost in the shuffle because all of the information on Facebook Gaming is strictly related to video games.

As a streamer on Facebook Gaming, there are obviously certain drawbacks, the most obvious of which being that it has a smaller audience than YouTube and Twitch. Streamers cannot monetize their video until they join the Level Up program and stream four hours a week for 14 weeks in order to qualify.

Level Up allows spectators to give you support in the form of stars, which are worth one cent apiece. Additionally, becoming a Facebook Gaming Partner is just one of many ways to monetise your streams. In addition to being able to access stars, partners can also benefit from premium subscriptions. 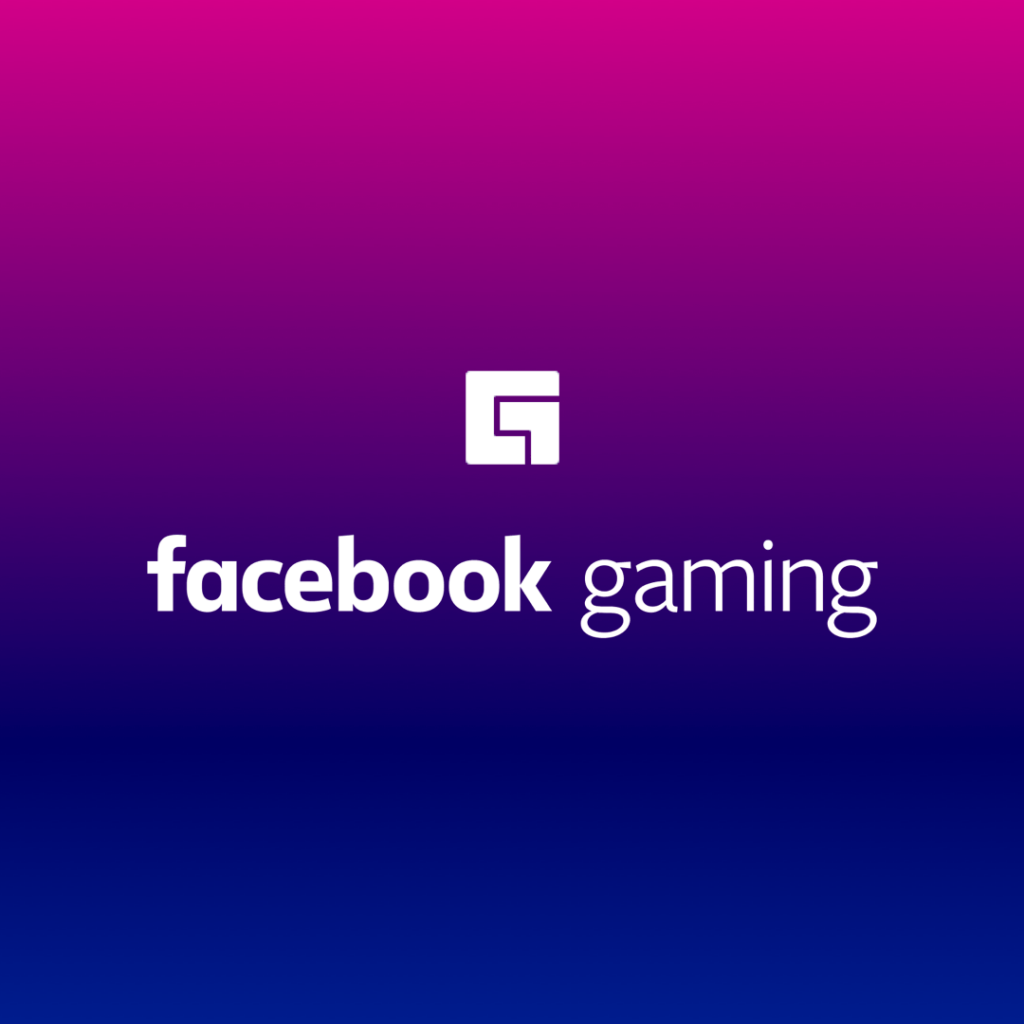 As a result of Mixer’s recent shutdown and its streamers and viewers migrating to Facebook’s service, the platform has reaped the benefits despite having a small user base Even retaining a small portion of Mixer’s viewership would help Facebook Gaming’s position in the realm of live streaming.

As a content developer, who wins this war ultimately relies on your own requirements.

You’ll have to work hard if you’re new to streaming and don’t already have a following on YouTube or another video-sharing platform like Twitch to make a name for yourself there.

YouTube Gaming, on the other hand, is the ideal way to access an already-existing YouTube audience through live game streaming. YouTube is a great place for game video creators to get their start, and the platform’s popularity is only increasing. Its ability to connect with your existing audience is far superior to Twitch’s.

There is a lot to like about Facebook Gaming as an alternative to the larger platforms. For some, it won’t function, and verification as a partner will take considerably longer than on Twitch or YouTube, but being linked straight into one of the world’s most popular apps can be useful. As long as you’re doing your best, and nothing seems to be working, it may be a good idea to give Facebook Gaming a try.

In the third quarter of this year, Facebook Gaming overtook YouTube Gaming for the first time in viewership. … The only platform to have a rise in viewing from Q2 to Q3 was Facebook Gaming, according to Streamlabs.

Facebook costs $1.40 for 100 stars, despite the fact that viewers can buy them for $1 each. The viewer, not the streamer, creates Facebook’s money. Because Twitch takes a flat 50 percent cut of all platform monetary systems, Facebook Gaming streamers can make significantly more money than Twitch streamers.

When it comes to searchability and live video SEO, YouTube Live beats out Facebook Live. Search engine results often include YouTube videos. With Facebook Live videos, this isn’t the case. Because YouTube is owned by Google, videos are more likely to rank well.

The most prevalent debate centers on Twitch vs. YouTube, but Facebook gaming isn’t to be ignored. Each of the three live streaming platforms we’ve examined in this post is free to use, but there are significant differences between them. Each has its advantages and disadvantages.

The most popular streamers in the world use Twitch, which is popular with both amateurs and professionals. It was even Ninja, who had previously left it for Mixer, who decided to return once Microsoft announced it was shutting down.

It’s difficult to stand out among the sea of other streamers due to the sheer volume of competition. Beginners who want to make a name for themselves but don’t want to deal with intense competition may find Facebook Gaming to be an appealing option.

Live streaming on YouTube may be especially lucrative for content providers who also post pre-made videos and already have a large following on the platform. In order to avoid audience fragmentation, you should keep all of your material in the same place, such as YouTube, Twitch, or Facebook Gaming.

Twitch, YouTube, and Facebook Gaming all have their advantages and disadvantages when it comes to streaming. There is no clear winner in this fierce competition. While Twitch may appear to be the best option for everyone at first look, other platforms may end up being a better fit in some circumstances. Make your own decision based on what is most relevant to your needs (e.g., less competition or more monetization opportunities). 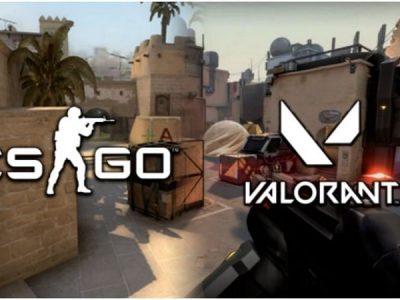 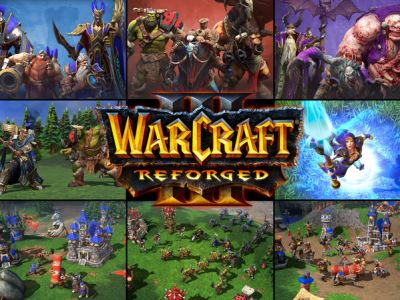 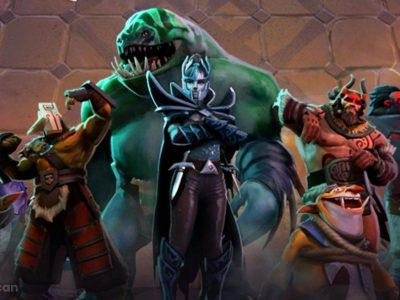 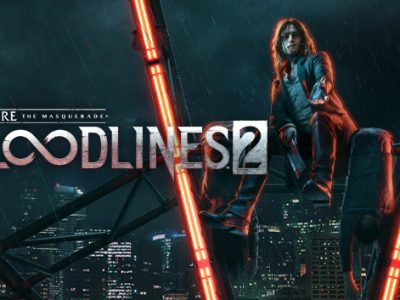 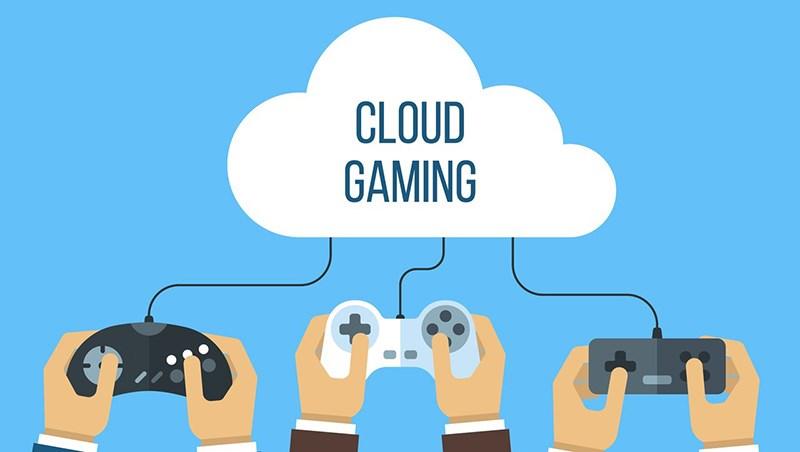 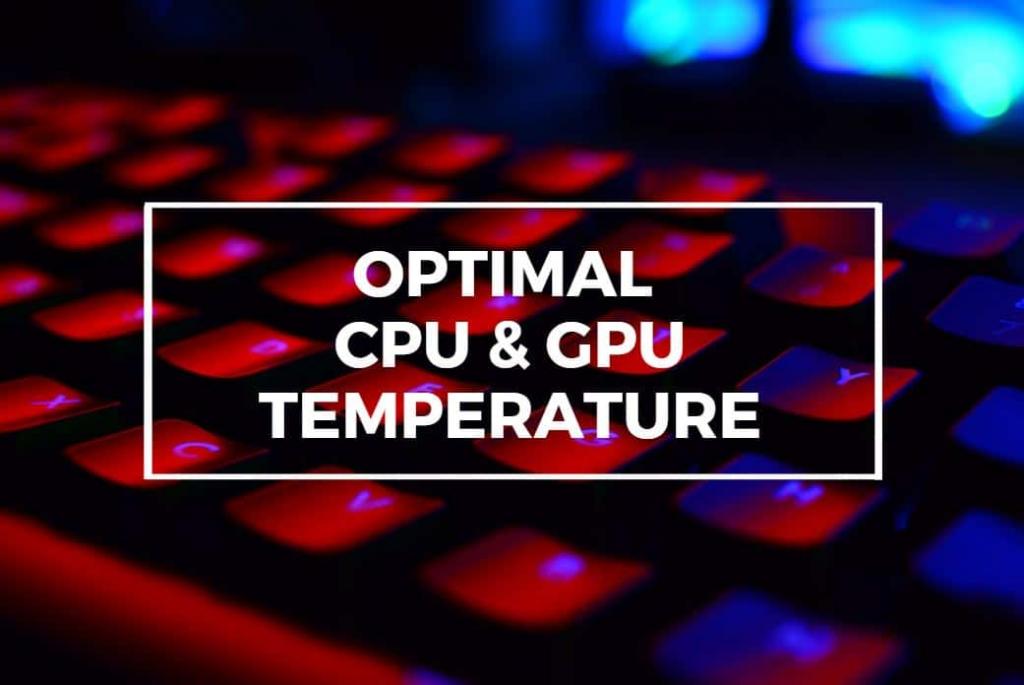 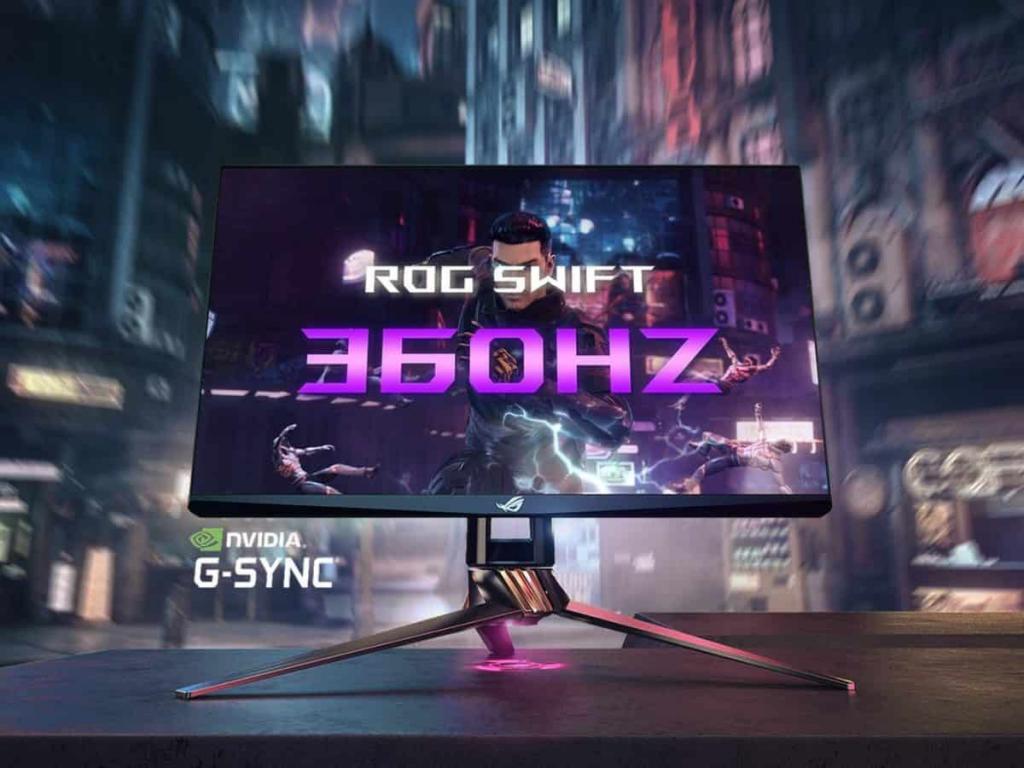 Is A 360Hz Monitor Worth It For Gaming? Comprehensive Guide 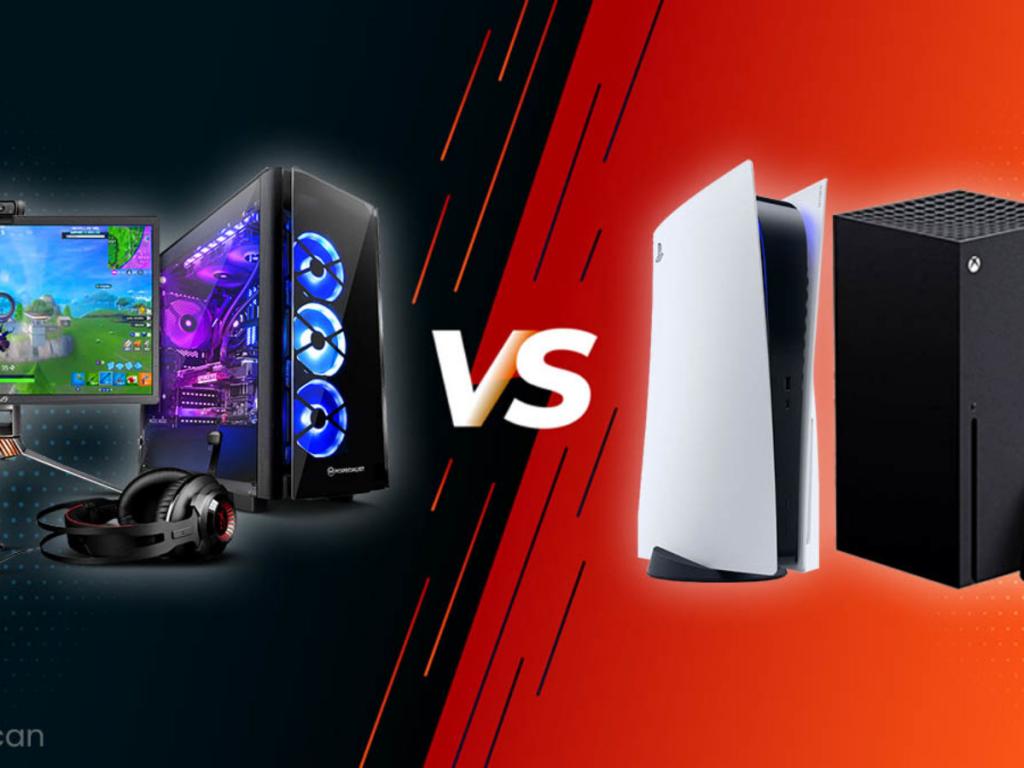 PC Gaming vs Console Gaming – Choose What’s Best For You? 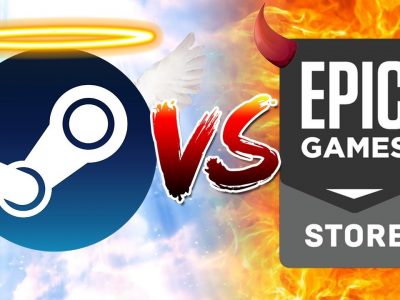 Steam vs Epic Games Store – Choose What’s Best For You? 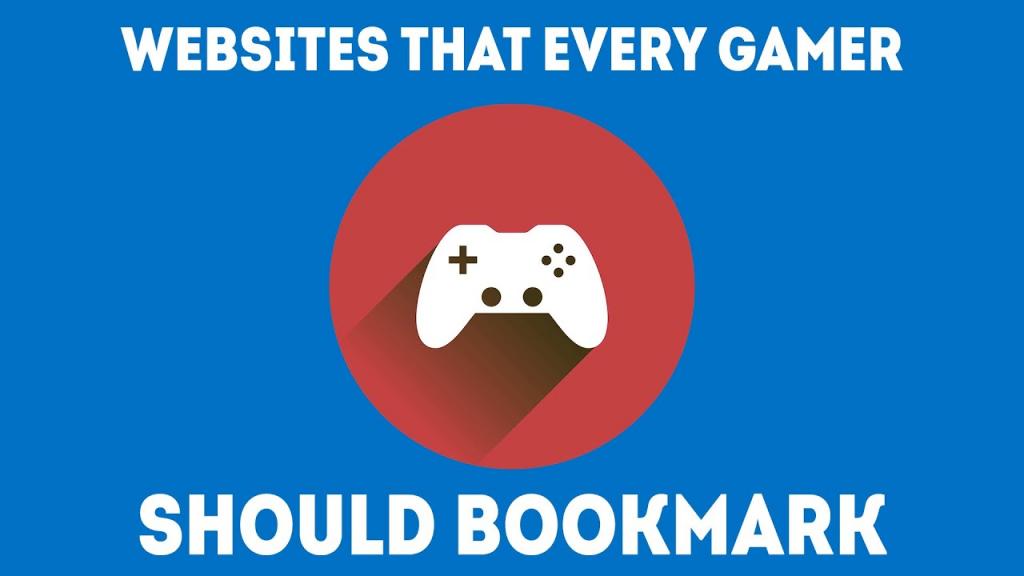 Websites That Every Gamer Should Bookmark. The Ultimate List

Is A 360Hz Monitor Worth It For Gaming? Comprehensive Guide

PC Gaming vs Console Gaming – Choose What’s Best For You?

Steam vs Epic Games Store – Choose What’s Best For You?