Workstation vs Gaming PC: Which Is Best For You?

Workstation, entertainment, and gaming PC are some of the terms you’ve likely heard while looking for a computer. It can be difficult to tell what kind of hardware is actually involved because of the marketing around such phrases. The differences between a gaming PC and a workstation are big and profound. There are a lot of differences, but most of them are related to how you want to use your computer.

Workstations, as previously stated, are equipped with a strong CPU that is capable of handling demanding computational tasks. A workstation’s CPUs can be divided into the following categories:

There are two types of processors that can be used in a gaming PC: Intel Core i7 and AMD Ryzen 7. I don’t think it’s necessary to go any further. 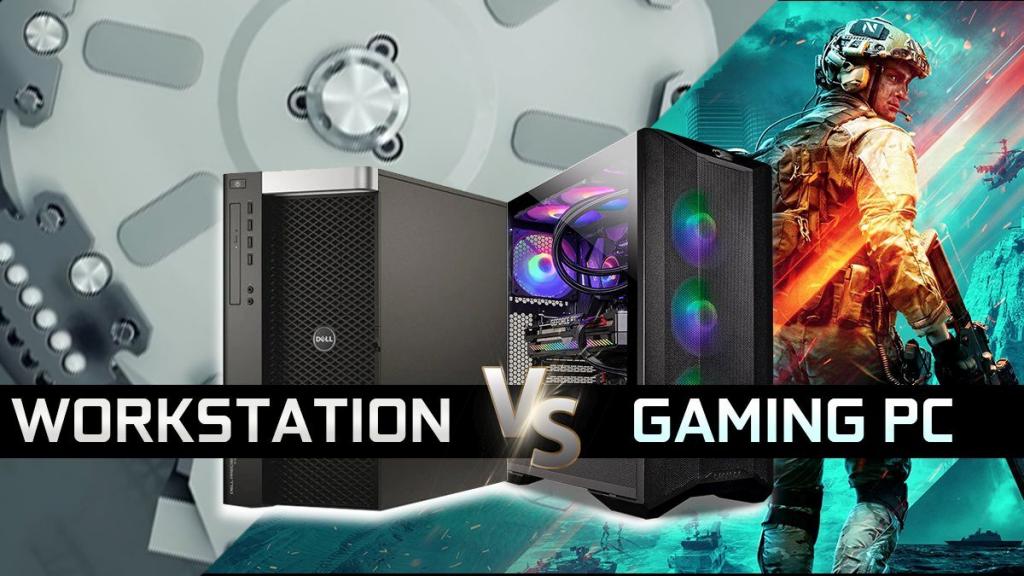 While gaming PCs use CPUs designed specifically for gaming, workstations go considerably further, making use of CPUs that wouldn’t normally be used for gaming.

But the GPU is the most important part of a gaming PC. If utilized for graphics-intensive operations, such as photo editing, video editing, 3D modeling, etc., it could be a vital feature of a workstation.

A workstation will use a graphics card from one of the following companies:

Overestimation of the amount of RAM needed by a gaming computer is common. As previously discussed in this post, a gaming PC may get by just fine with 8 GB of RAM, and in most cases, 16 GB is overkill.

As a result, workstations require far more RAM than gaming PCs. High-end models can feature up to 256 GB of RAM, however the majority stick to 32 GB or 64 GB.

Workstations also frequently use ECC RAM, which increases system and program stability and prevents corrupted data from being accessed by the system.

Modern workstations prefer SSDs over HDDs because of their speed, which is far superior to that of HDDs. However, HDDs with many terabytes of storage space are often used in the workstation arrangement because the user may need to store significant volumes of data.

The only difference between a workstation and a gaming PC is that a workstation will almost certainly utilize larger storage disks.

Except for the fact that a workstation’s motherboard may have a specific chipset and socket, suited for the more powerful CPUs indicated above, the two are nearly identical. Some customers, on the other hand, may choose motherboards with more RAM and PCIe slots to satisfy their needs. Dual-CPU motherboards are also available, however they are more commonly found in servers. 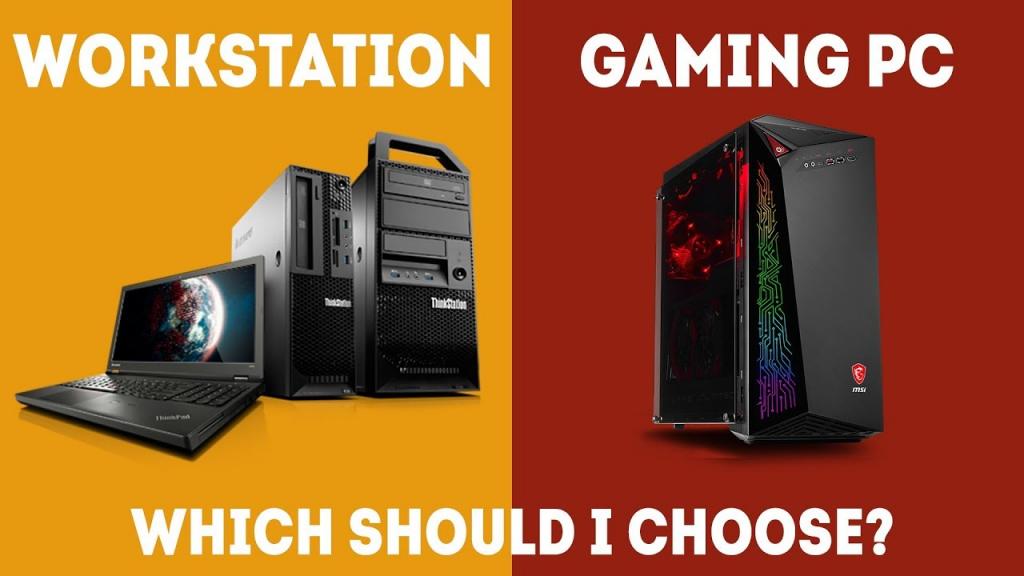 To run a fantastic gaming PC, you don’t need a lot of RAM. In today’s world, 8GB of RAM is roughly the norm, and that’s more than enough to play nearly every PC game currently on the market. Workstations, on the other hand, frequently use large amounts of RAM while performing data-intensive tasks. Workstations with 32GB to 64GB of RAM are common, whereas machines with 128GB or more are rare.

Error-correcting code (ECC) memory is a specialized type of RAM commonly found in workstations. Because it’s so good at detecting data corruption, this particular form of RAM can help keep programs running smoothly and protect your data from being corrupted. ECC RAM is a must-have if you’re using your computer for anything that necessitates complete integrity, like scientific research or banking.

Games are a different matter. Not only does it cost far more than ordinary RAM, it can perform marginally worse under a variety of different conditions. If you don’t need nigh immunity from data corruption, it’s not something you’ll want to be involved with. In addition, it’s a very regular occurrence in office workstations.

Because workstations typically have unique CPUs and RAM, their motherboards are also unique. In addition to having the correct CPU socket, these boards are unlocked for larger amounts of RAM and have a generally high level of construction quality. Workstation motherboards typically use chipsets that do not stand out.

When it comes to gaming PCs, the most significant difference is in the amount of sound processing power they have. While a gaming PC requires sound, a workstation may not care at all. Whatever type of gamer you are, whether you’re a casual fan or an avid competitor, your sound chipset counts. With gold plated I/O connections, and filtered power for an attached digital audio converter, many motherboards designed for gaming feature audiophile-type constructions.

It is not uncommon for workstations to be designed with a business-oriented focus. When it comes to gaming computers, on the other hand, you’ll find transparent cases, an abundance of RGB LEDs, and other highly configurable aesthetics. Rubber gaskets or anti-vibration mounts for fans may be used to isolate hard drives from vibration, depending on the gamer’s level of enthusiasm. When you’re sitting two feet away from your computer all day, it’s important to pay attention to the tiniest of details.

More powerful components, in terms of cooling, generate more heat. More cooling is needed to dissipate more heat. Both gaming PCs and workstations make use of high-end components and have cooling systems that are just as powerful.

When it comes to storage, gaming PCs and workstations have very little in common. In general, workstation motherboards and enclosures are able to handle significantly larger storage devices, although this is the only difference. 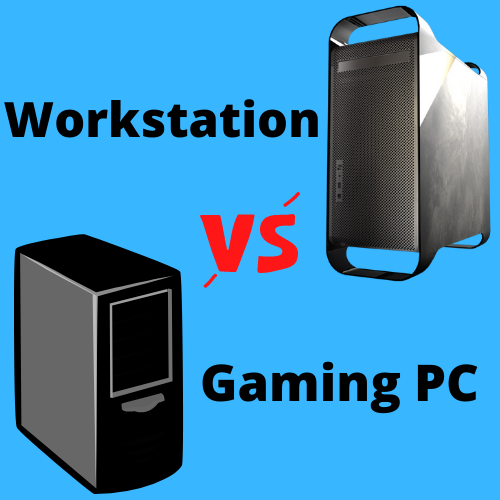 Are Workstations Good For Gaming?

It’s safe to conclude that any respectable workstation will perform just as well as a top-notch gaming PC, given the fact that workstations typically outperform gaming PCs. However, the GPU is the most important factor. A high-end Quadro or RadeonPro graphics card means it can easily keep up with a high-end gaming PC. A less expensive device with less VRAM, on the other hand, may not perform as well.

There is a possibility that in-game performance could be affected by the fact that certain cards are not optimized for games but for professional software use – for as CAD Autodesk – which could have an impact.

Can you use a gaming PC as a workstation?

It all comes down to what you want and how much time you have to spare. Basically, a PC can be used as a workstation if it can execute a specific piece of software.

Nevertheless, the PC may take substantially longer to process and produce everything that is required, compared to a real workstation, because of its hardware limits.

Workstations are generally more powerful than gaming PCs in the vast majority of situations. So, can workstations be used for gaming? As it turns out, this is only the case sporadically. As far as gaming performance is concerned, it all comes down to the GPU. Performance will be severely impacted if the workstation has a low-cost GPU or none at all.