Windows 10 Home vs Pro – Choose What’s Best For You?

In order to meet the demands of the user, business, or educational system, the numerous possibilities are broken down into device- or situation-specific categories. While Windows 10 Pro, Enterprise, and Education are the flagship editions, there are also more stripped-down versions that have their own set of advantages.

It is most likely that you will get Windows 10 Home, which includes all of the most important features of the operating system, including the latest Start menu and Edge browser, the biometric login feature that uses your face or fingerprint instead of a password, and a now mandatory Cortana – the voice-controlled assistant.

With Windows 10 Home, you can stream Xbox One games to your PC and play them there instead of on your console. Updates like Windows Update’s major Anniversary Update makeover and the lack of an uninstall option for critical and security updates are designed to keep home users safer. 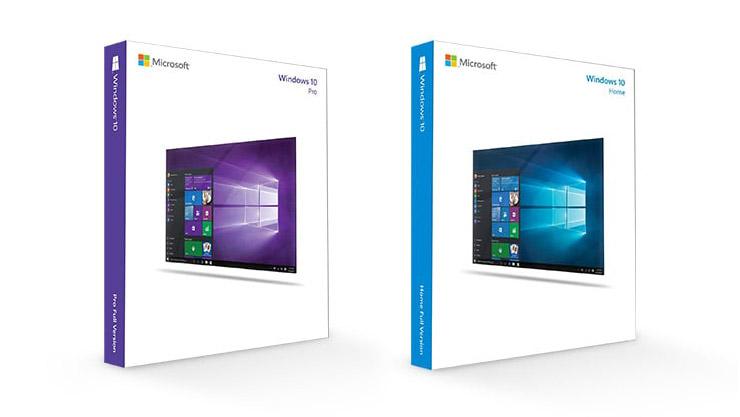 The Continuum functionality for tablets is available in Windows 10 Home. You can divide your screen between two programs, but this is more simpler than the way Windows 8.1 let you organize windows on-screen. This is the tablet mode that streamlines the taskbar and Start menu, and makes your apps full screen.

As a business user, the most essential feature of Windows 10 Pro is the ability to join a domain and use Azure Active Directory for single sign-on to cloud services such as Office 365. (and have group policy applied as part of that).

Additionally, you get Hyper-V for virtualization, BitLocker for whole disk encryption, enterprise mode Internet Explorer, Remote Desktop, a version of the Windows Store for your own organization, Enterprise Data Protection containers and assigned access (which locks a PC to running only one modern application, to use like a kiosk). Windows Update for Corporate, available to business users, allows them to schedule updates so that their computers do not have to be rebooted during critical business hours.

The typical business PC experience can only be had with Windows 10 Pro. There are ways to link Windows Home PCs to a server. Some business-oriented desktops and laptops will come preloaded with Windows 10 Pro, which is a free upgrade from the Pro version of Windows 7 or 8.1 (which includes Windows 7 Ultimate as well as Professional and Microsoft Windows 8.1 Pro or Student), as well as Windows 10 Home.

Windows 10 Pro is the operating system’s core, but instead of being designed to function with a wide range of workstations, this version is optimized for desktops with high-end hardware. In the words of Microsoft, it’s the most powerful version of Windows ever made. As a result, it is compatible with high-end processors such as Intel Xeon, AMD Opteron, and AMD Epyc. Up to four CPUs can be bolted together, allowing you to get the most out of your system’s resources. The ReFS file system for safe storage that combats corruption, the Non-Volatile Dual In-line Memory Module and remote direct memory access are also included in your purchase.

Because this operating system utilizes less CPU cycles, you’ll have more capacity to do multiple tasks at once without experiencing performance degradation. Persistent memory support means that even if you shut down the system, you can still access your data. Because of Remote Direct Memory Access, files can be sent between a server and a PC or an SMB Direct device fast and with minimal delay.

With Windows 10 Enterprise, you get all the business features of Windows 10 Pro, but you also get a number of more powerful features designed specifically for larger companies: Direct Access, AppLocker, BranchCache for sharing downloads and updates with other PCs via peer-to-peer connections, and group policy for controlling the Start Screen.

A PC can be kept on the Long Term Servicing Branch, where it receives only security updates, and its logon credentials can be protected with Credential Guard and Device Guard (ideal for systems you need to have working reliably for years without being affected by new and changing Windows features).

However, this does not apply because it is only available through volume licensing (and each PC must already have a Windows Pro license) and you already have the choice of Software Assurance, which includes upgrades, for Windows Enterprise users.

Windows 10 Enterprise Long-Term Service Channel is a longer-term support strategy with updates provided every two to three years. For a period of ten years following the date of purchase, you will continue to get security updates for this device.

There are no pre-installed apps from the Microsoft Store in this version. This is intended for applications such as MRI and CAT scanners in medicine, industrial process controllers, and air traffic control systems where the functionality will not change over time.

For major academic organizations like universities, Windows 10 Education is a more modern SKU, meant to provide all of the functionality of Windows 10 Enterprise (for example, students often need to join the domain so they can use official printers).

For those who have a K-12 academic license, this edition of Windows 10 Pro offers the Education features at a reduced price point. Windows 10 Pro features are available, however several choices are disabled by default to better suit educators. The likes of Cortana, suggestions from Microsoft Stores, and Windows Spotlight are all turned off by default in Windows 10.

In addition, there are a number of solutions that make the process of setting up and deploying an educational system more easier. Using the Set Up School PC program, you can actually set everything up using a USB flash drive.

You can acquire a free version of Windows 10 that runs universal apps if you have a Raspberry Pi 2, an Intel Galileo, or any number of other “maker boards.” In addition, OEMs can install Windows 10 on more typical embedded devices like POS systems, cash registers, ATMs, and so on.

There are two versions of this: IOT Core and IOT Enterprise, which may be used on both x86, x64, and ARM computers, respectively. There are two main types of these devices: digital signage and wearables. Thin Clients, retail kiosks, medical gadgets, manufacturing equipment, and Thin Clients are more commonly found in the enterprise.

This is a device-specific version of Windows 10. Surface Hub compatibility is included as a standard feature. The Surface Hub is a 55-inch or 84-inch multitouch interactive whiteboard designed for commercial use.

This operating system uses 3D modeling to enable for quick and easy viewing of objects from a variety of viewpoints. Skype for Business video conferencing is supported as well as Microsoft Office applications like PowerPoint and Excel, and OneNote for on-screen drawing is also included in the package.

The simple line is that Windows 10 Pro is more expensive because it provides more than Windows Home does. The Windows 10 Pro version does everything the Home version can’t. In many ways, these two operating systems are identical.

If you activate a Home or Pro license, the price will be different. The process of installing Windows or configuring a new computer may be familiar to you. A 25-character Product ID is entered at this point in the setup procedure (license key).

Windows provides a set of features based on that key. Home has all of the characteristics that most people require. Pro has additional functionality, but they are features that are part of Windows itself, and many of these tools are only available to system administrators who need them. 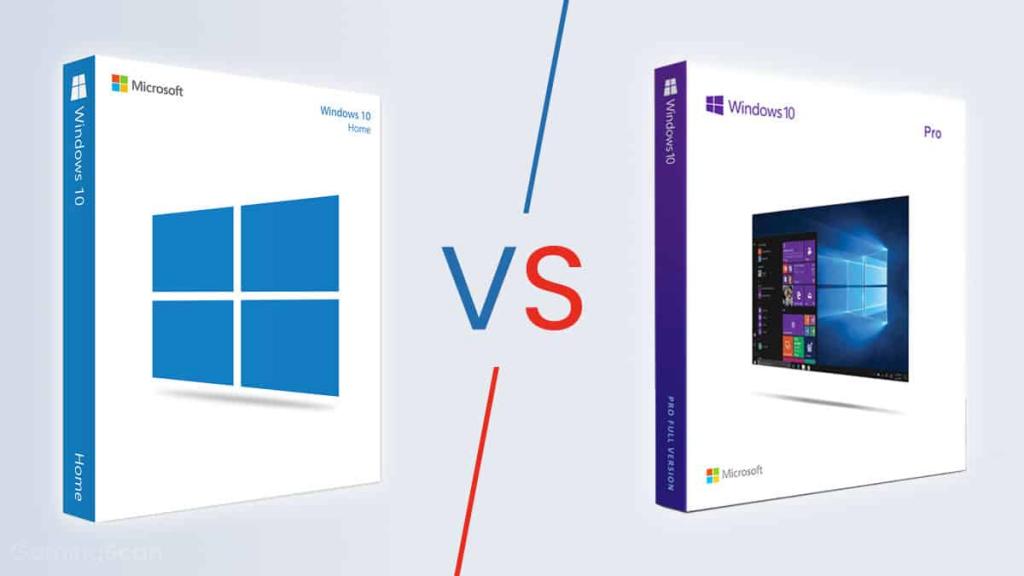 Windows 10 Pro also contains Microsoft’s Bitlocker encryption software in addition to the account management tools. As a result, it can be used to protect both the operating system (such as C:) and removable media (such as USB devices).

Bitlocker’s integration with your company’s infrastructure means that your administrator can secure your system without you having to worry about it, unlike other disk encryption technologies.

When Windows was first split into Pro and Home editions, some of these functions were included in Windows Fundamentals.

Unless you upgrade to the Pro version, you won’t be able to utilize any of the following examples until you do.

Personal computer enthusiasts will not find many of the advantages of Windows 10 Pro to be worth their while. If you decide to upgrade to Pro, here are a few of the business-oriented features you’ll get:

Free Windows Updates for both Home and Pro

Since the launch of Windows 10, Microsoft has committed to provide two feature upgrades and one quality update per year. Microsoft does not differentiate between the Home and Pro editions here and provides free Windows Updates for all. You should not make a purchase decision based on this factor.

The Windows 10 support cycle is another feature that is common to both editions. There is an 18-month grace period for both Home and Professional customers after which you must upgrade to the next feature update (H1 and H2 releases).

Windows 10 Pro and Home each have their own set of advantages and disadvantages, as we’ve just seen. 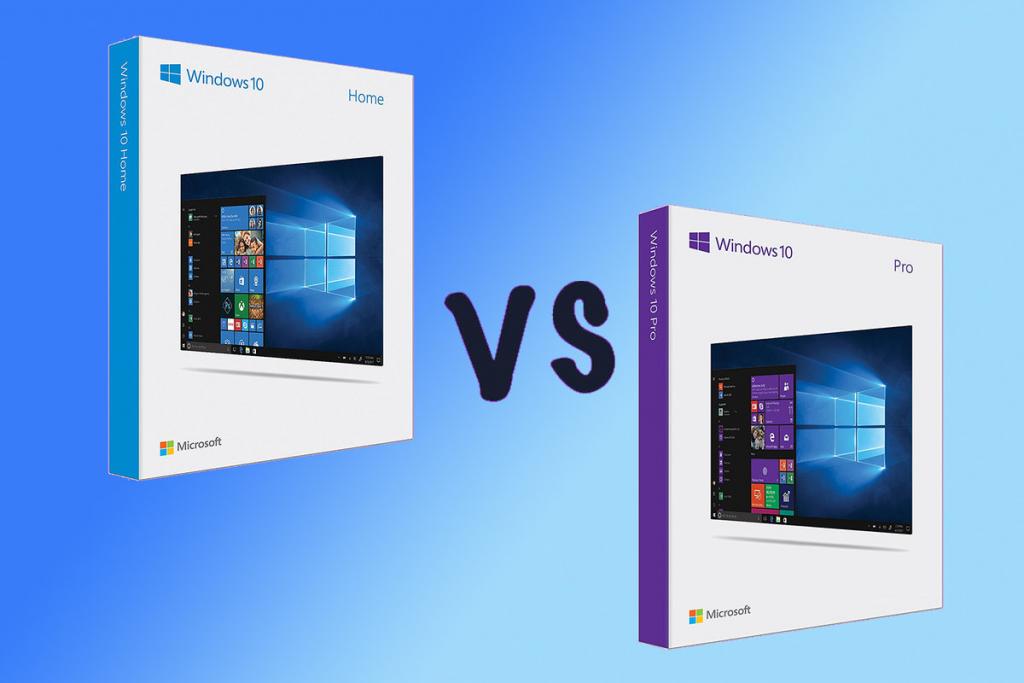 Windows 10 Home Vs Pro: Which one to choose?

Windows 10 Pro vs. Home: Is there any difference? Yes, I agree. When it comes to Windows 10 Home, you’re not missing out on anything. Everything you need is included, from Windows Security antivirus software to other Microsoft applications. Third-party app compatibility is also unrestricted.

The Group Policy Editor and Azure Active Directory are great for businesses, but what if you want to add a terabyte of memory, as well as Bitlocker encryption? This is the version for you if that is the case. You can always pay the extra money to go from Windows 10 Home to Windows 10 Pro at the end of the day.

Is Windows 10 Home or Pro faster?

Does Windows 10 Pro include Word and Excel?

Microsoft Office’s OneNote, Word, Excel, and PowerPoint are all available online on Windows 10. Apps for Android and Apple smartphones and tablets are common for online programs.

Home and Pro are the two options you have when you buy a computer or a copy of Windows. For two reasons, take a moment to consider your purchase before making a final decision: