Wired vs Wireless Gaming Headset – Choose What’s Best For You?

One of the most important considerations for a player is whether or not they prefer a wireless or wired gaming headset. It’s up to you to choose between on-ear and over-ear headsets, which are both available.

Consider how interference, simplicity of use, and cost affect your gaming experience when choosing between wireless and wired headsets. If you decide to go with a wireless headset, think about whether you prefer an RF or Bluetooth wireless gaming headset.

Wireless headsets aren’t all created equal. While the quality of the headset is obviously important, one aspect should not be overlooked: the many wireless technologies that go into each one. 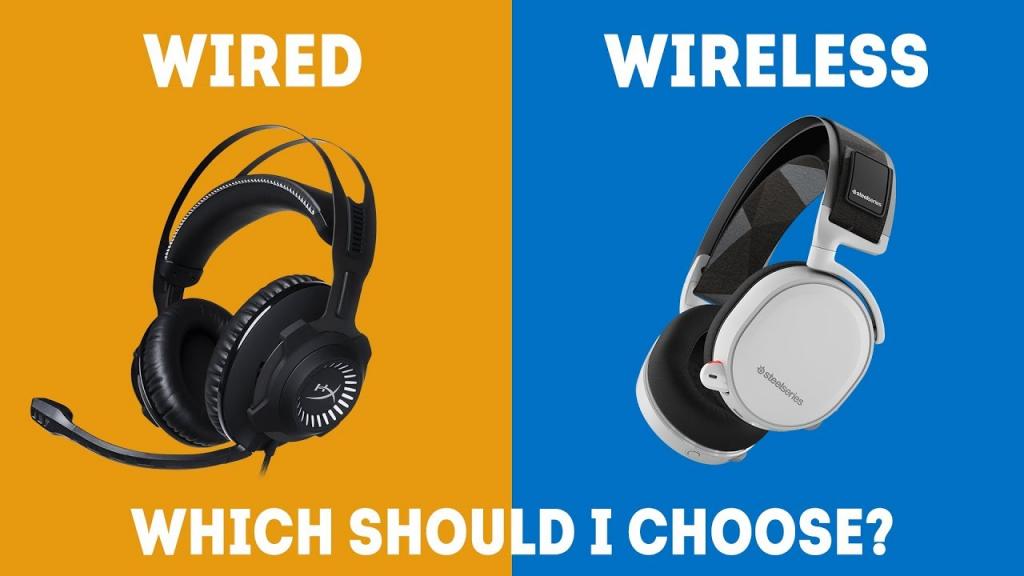 In other words, Bluetooth or 2.4GHz radio signals can be used in current wireless headsets. There are both pros and downsides to both of these technologies.

If you plan to use your headset with several devices, Bluetooth headsets are ideal. When it comes to audio quality, headsets that use the more recent iterations of Bluetooth don’t have anything to complain about. After all, older versions of Bluetooth were never intended for audio streaming in the first place.

However, if you only intend to use the headset on your PC and possibly on a few other PCs, going wireless will give you the best sound quality.

Using your headset on many devices is possible, but only if those devices have a USB port for the dongle and support the headset.

Let’s get to the heart of the matter now.

The choice between wired and wireless headsets. To begin, let’s begin with the most critical aspect:

When thinking about switching from wired to wireless headphones, the first thing that springs to mind is the sound quality. 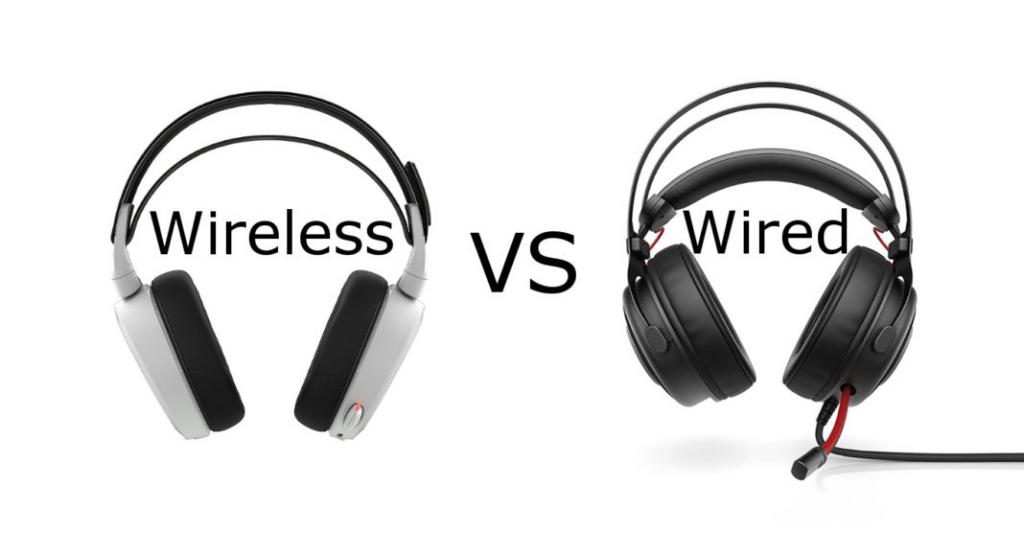 A headset’s sound quality is influenced by more than just its connecting method, largely by the quality of its drivers. But a $300 wireless headset will definitely sound superior to a $100 corded headset.

Bitrates are the greatest technique to determine the quality of a song’s sound. Indeed, a cable connection is capable of supporting significantly higher bitrates than a wireless one. What’s more, is it necessary to have such high bitrates?

Generally speaking, no. Wired versus wireless is only necessary if you want to listen to high-quality digital audio or analog recordings like vinyl, which have lower bitrates than wireless can support. There isn’t much of a difference between in-game audio and MP3 files, if any at all.

Fundamentally, wireless signal compression is minimal at the moment, and this will only improve in the future as the technology evolves. It is crucial to note that modern wireless technology is fully equipped to handle virtually any form of digital audio you may use.

Freedom of Movement vs Battery Life

Wired headsets can be difficult to use because of the trouble of tangled cords and limited range of motion. You don’t have to worry about their battery life, though!

While wireless headphones may allow you to roam around more freely, they are still reliant on those annoying charging connections. It is inevitable that the battery life of a wireless headset will vary greatly from one model to the next and depending on how frequently you use it.

The majority of wireless headsets require daily or weekly recharging. Even so, you must decide whether the freedom of movement they afford is worth it, given the fact that the batteries must be recharged frequently.

Finally, we must take into account the cost. Your standard wires and connectors will cost you more than wireless headphones, because wireless technology is more expensive.

As a result, wired headsets are more cost-effective and provide greater sound quality. Because of this, a wired headset may be the ideal option if you’re on a budget and looking to get the most value for your money. 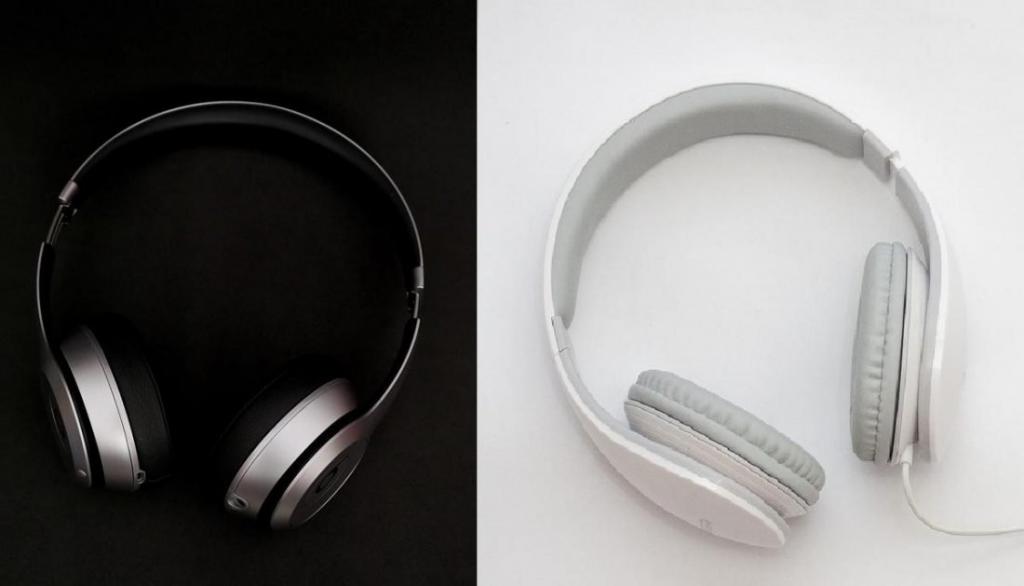 Reasons You Should Get Wireless Headphones

Wireless gaming headphones are superior to wired ones for all of the opposite reasons: convenience, portability, and convenience. If you’re willing to spend a little more money, you can still get the same quality of music as you would with wired headphones. The audio quality and input lag will degrade if you spend too much money.

As contrast to tethered headphones, wireless headphones allow you to move about more freely. Traveling with them is far more convenient because you don’t have to worry about connecting to a computer or desktop to make changes to your set up. Wireless headphones make it possible to wander around and converse on the phone, which is something that many people enjoy doing.

Because they transmit analog rather than digital sound signals, wired headphones often have greater audio quality. Audio quality in wired headphones is better because analog signals can accommodate more data and don’t need to be compressed during transmission.

What do I look for in a gaming headset?

For long-term use and in a variety of locations, you should opt for a headset that is comfortable. For a better gaming experience, you’ll want to look for a headset with noise cancellation or isolation technology. Your particular preferences and expectations in terms of functionality and style should be taken into consideration when choosing a gaming headset. 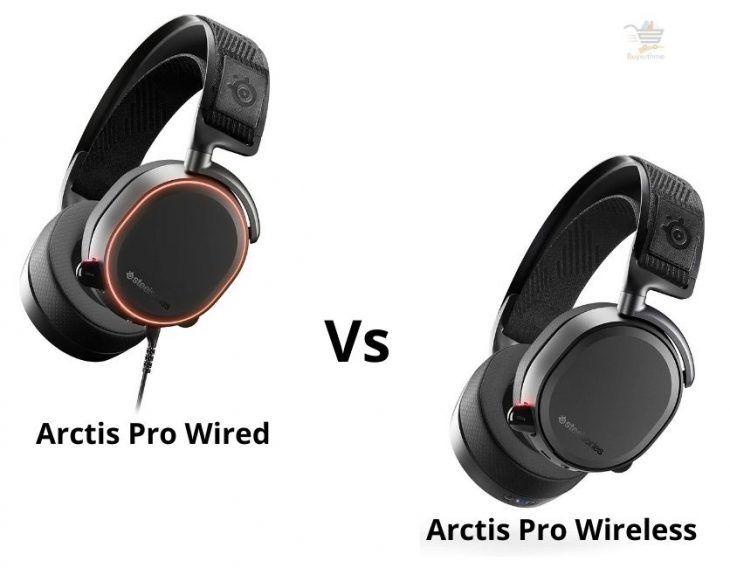 Why would you get a wireless headset?

Because you’re not tethered to your smartphone by a cable, wearing wireless headphones gives you more mobility. So you can roam around your house while still hearing what’s going on in your game using these headsets, which have a wider range of coverage. If you need to shift some laundry or do something else quick, you can use your wireless headphones to stay in touch with your buddies while you’re doing it.

What do you think? Neither is necessarily better than the other, and it all comes down to your personal preferences and needs..

In general, the debate over whether to use wired or wireless headphones is a broad one, but if you just play games at your desk, we recommend that you use wired headsets.

As an alternative, if you prefer to play on a console or TV, then wireless might be the best option for you.