To stand out from the crowd in a genre saturated with dark fantasy games, you need a game like The Witcher. A mutated beast hunter known as a “witcher,” Geralt of Rivia uses his heightened physical and magical talents to hunt monsters for money. His adventures are based on the novels and short stories by Andrzej Sapkowski.

In The Witcher 3: Wild Hunt, CD Projekt Red showed Sapkowski’s fascinating and intricate world to me, and I fell in love with it. I rushed out to buy the novels as soon as I finished reading them, ready to get my hands on more. My excitement grew even more after seeing the Netflix series, which drew a flood of new fans of the property to the games for an even more immersive experience.

Those that fit this description and are looking for a decent place to begin can stop looking now, for here you will find just that! The Witcher games, as well as a few spin-offs, are listed here in chronological order. For the sake of clarity, let’s take a brief look at what this series has to offer before diving in.

The Witcher 2: Assassins of Kings

Microsoft Windows, Mac OS X, Linux, and the Xbox 360 are all supported.

The Witcher 2: Assassins of Kings was released four years after the release of the original game, and it received more attention than its predecessor. The combat mechanism of the first game was replaced by an action RPG style in the second game. With the new system, the swordplay is more dynamic and the consequences of the witcher signals have been altered.

In the original Witcher, potions lasted for hours, but they now only last for a few minutes in the newer version.

A single option at the end of chapter one of the game’s three chapters is what makes the second chapter of the game a completely different experience.

Overall, The Witcher 2: Assassins of Kings is a solid entry in the series; it moves along at a fair clip and has impressive visuals for a 2011 release.

It’s true that the ending is a bit rushed and unsatisfying, but it won’t take much from the overall experience for new players.

Microsoft Windows, PlayStation 4, Xbox One, and the Nintendo Switch are all available as options.

The Witcher 3: Wild Hunt, the third and most well-known game in the series, really raised the bar.

As in the last game, gameplay was streamlined and improved in numerous ways, including the reworking of the witcher signals.

This third installment takes place in a wide open environment that provided more freedom and distinctiveness compared to the previously discovered non-linear zones.

The Witcher 3 is a fantastic game in terms of gameplay and morality, but the game’s biggest shortcoming is probably how little the decisions players made in the prior game mattered.

Several key characters from The Witcher 2 were also conspicuously absent, which disappointed many fans.

However, compared to the many positive aspects of the game, the aforementioned weakness pales into insignificance.

Finally, even if you didn’t care about the prior games in the series, The Witcher 3 is a must-play experience that ranks among the best ever created.

Windows, PlayStation 4, and Xbox One were all supported by the original release of the game in 2015. In October of this year, the game was ported to the Nintendo Switch.

It introduces Geralt of Rivia, a “witcher,” a beast hunter who travels the world. In the main storyline, players can choose between three different allegiances: the Scoia’tael, the Order of the Flaming Rose, or “witcher neutrality,” which is a non-human guerilla force. Choosing correctly here is critical to the overall tale and denouement. 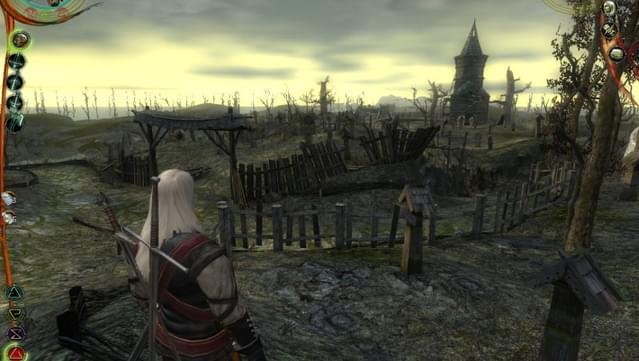 No matter which path the player takes in this video game, the events of Sapkowski’s novel series, which had attained cult status in Poland by the time the video game was released, will be loosely followed. Even though CD Projekt was first concerned about the story’s global appeal, they bought the rights from Sapkowski and proceeded to work on it.

It’s a tabletop game made by CD Projekt Red and Fantasy Flight Games, aimed for 2-4 players. It was also made available in a digital form, allowing players to play against each other in a local or online multiplayer setting, or against computer-generated opponents.

If you’re a fan of the Witcher series and have friends who are, you may want to check it out.

iOS, Android, and Windows Phone are all supported.

The Witcher Battle Arena was a mobile MOBA that only lasted a short while. It was a free-to-play game with in-game microtransactions, as was the norm for mobile games.

Android, iOS, and Windows Phone versions of Battle Arena were published in 2015. In the end, the servers were shut down by year’s end, so this game is nothing more than a footnote in the Witcher series’s history. Sadly.

PlayStation 4, Xbox One, and iOS are all supported platforms.

Despite being introduced in The Witcher 3: Wild Hunt, the Gwent card game was so successful that it was released as a separate game.

For the most part, Gwent is a simple card game with a single arena mode in which players must create a deck from a random selection of cards.

There are some similarities between this and other popular card games like Magic: The Gathering and Hearthstone, so it’s worth checking out if you enjoyed Gwent in The Witcher 3.

Until October 2019, Gwent was exclusively available on Windows, PlayStation 4, Xbox One, and PlayStation Vita. The Android version is also in the works and will be released at some point, but the developers did not specify when.

Microsoft Windows, PlayStation 4, and Xbox One are supported.

As a single-player campaign for Gwent, the game Thronebreaker was meant to be a stand-alone title, but was launched on the same day as Gwent.

Thronebreaker, on the other hand, is a single-player campaign in which players face off against AI opponents in Gwent matches. In addition, the game has a narrative, dialogue choices, and repercussions, as well as an isometric view of the environment the player can explore.

For The Witcher 3: Wild Hunt, CD Projekt Red released a free-to-play digital collectible card game that built on the Gwent minigame’s success and offered a more competitive alternative for players to the game. Additionally, Gwent: The Witcher Card Game has seasonal events and an Arena mode where players can challenge themselves with a draft and a limited number of lives, as well as cross-platform play between PCs and consoles (but not across different consoles). The card-collecting game was accompanied with a single-player campaign mode. 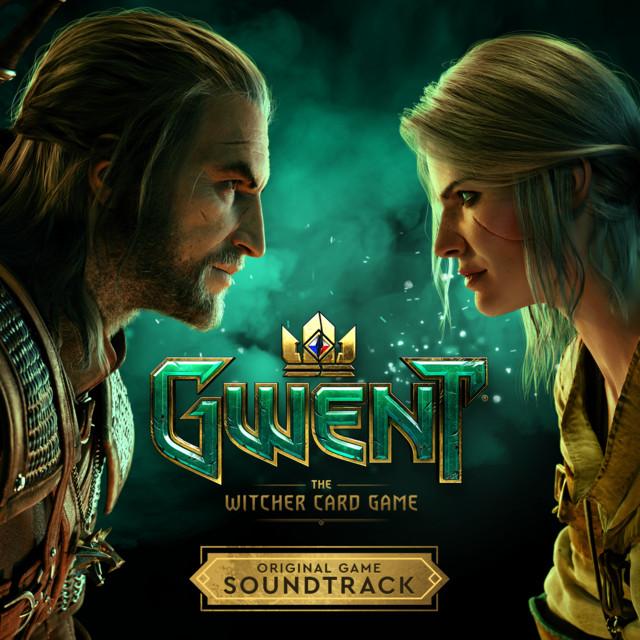 Since its first release, Gwent’s rules have undergone several revisions that have added new card kinds, powers, and restrictions that encourage players to use their imaginations and make strategic actions.

Gwent was chosen as one of the most promising new eSports games of 2019 and drew millions of players who had previously loved the minigame in the main series of the series.

Gwent: The Witcher Card Game’s single-player companion is called Thronebreaker: The Witcher Tales. While originally meant to be a part of the campaign, it was converted as a stand-alone game as it grew in scope and difficulty.

In The Witcher, players take control of Queen Meve, the former ruler of Lyria and Rivia before the events of The Witcher 1. Queen Meve must make alliances (read as: acquire more cards) as she tries to reclaim the northern kingdoms with a customized deck of cards. Players will be able to influence the plot and gameplay by making decisions and dealing with the repercussions, and they’ll also be able to explore new areas that haven’t been featured in the main series yet.

Thronebreaker received largely excellent reviews, despite not selling as much as CD Projekt Red had hoped.

In order to accommodate motion-captured animation, better physics modeling, and new combat mechanisms in the game, it was constructed with a modified version of BioWare’s Aurora Engine (in addition to cosmetic improvements). 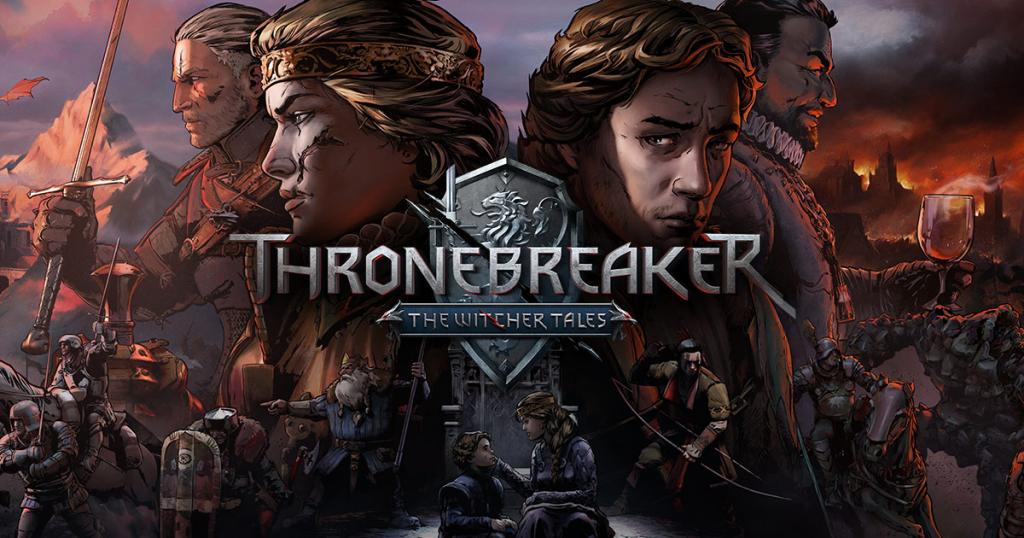 The Witcher was a critical and popular success, lauded for its depiction of moral ambiguity and the long-term effects of the choices players made during the game. It was a nice sign that the series had a positive reception from the critics, which was great news for us!

Do you need to play The Witcher games in order?

In order to appreciate The Witcher 3: Wild Hunt, you don’t even need to have played Witcher 1 and 2! Wild Hunt’s combat system is far more polished and lively than The Witcher 1’s combat.

Which Witcher game should I play first?

It’s best to focus on the story rather than your gaming prowess if this is your first Witcher experience. Choose between Just the Story and Story and Sword, the two simplest alternatives. When it comes to difficulty, you can always modify it later. If you’d rather, you can start with The Witcher 3.

Is The Witcher not in order?

Nonlaterally, on the other hand, makes more sense. Because the first and second books are both compilations of short stories before the main series begins. The second novel in the series is really the first in chronological order, and a little portion of the first book is also adapted for television (Ciri).

Will there be a Witcher 4?

CD Projekt Red is currently working on a new game set on the Witcher universe, but no official confirmation of The Witcher 4 has been made. … Whatever the next Witcher game is called, it could be about any number of topics; the universe and the dynamic characters have enough lore to cover it all.

And with that, the Witcher series has come to an end. Cyberpunk 2077 and other high-profile IPs are occupying CD Projekt Red’s time, hence there has been no news about any future AAA Witcher titles.

Even so, we can be sure that the Witcher franchise will not be abandoned by the firm anytime soon.

As a result, while a new high-budget Witcher game is almost certainly on the way, no formal announcements have been made as of yet. Geralt has concluded his tale in The Witcher 3, thus the next game is likely to have a new protagonist.