Best Games Like Twisted Metal You Should Play Right Now

A new Twisted Metal game hasn’t been out in some time, but we’re still holding out hope for a new entry with improved vehicular combat from a Sony company.

Lists of the top games like Twisted Metal in 2022, including the best automobile combat games, will be featured in this section.

We’ll be adding more games like Twisted Metal to this list in the future, so be sure to check back and let us know if we’ve missed any of your favorites!

For the same amount of time as Twisted Metal, Carmageddon has never had the support of a huge publisher like Sony. 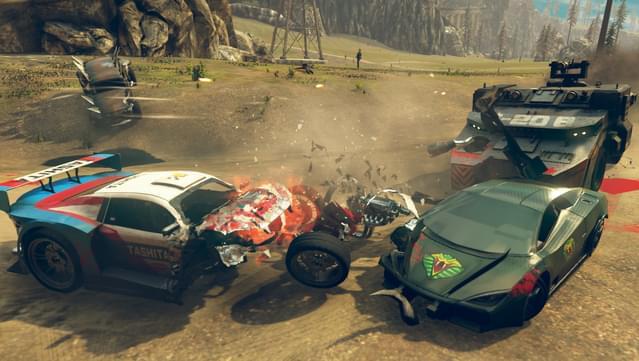 Carmageddon: Max Damage, a recreation of Carmageddon: Reincarnation for PS4 and Xbox One, was released in 2016 and is the most recent entry in the series.

A number of racing events are available, with the goal of inflicting the most damage possible on pedestrians, other drivers, and even animals.

An assortment of vehicles can be upgraded to carry a variety of weapons such as chainsaws, spiked battalion hornets, and flamethrowers.

Wreckfest, a traditional demolition derby, is an alternative if Carmageddon is too much for you.

The game, a spiritual successor to the FlatOut series, was released in 2018 and incorporates soft-body damage modeling to raise the stakes of automobile warfare.

There are many settings in which the goal is to finish first or last, and you must bash, smash, and slam your way there.

Offensive and defensive play must often be carefully balanced in order to do this, including destroying your opponents’ vehicles while simultaneously safeguarding your own in the process.

Taking into account the game’s driving mechanics, wherein you’re able to drive on walls and ceilings, this makes sense.

Thirty vehicles of all shapes and sizes, many of which are inspired by Wipeout and F-antigrav Zero’s vehicles, are featured in GRIP.

Ballistic and projectile armaments, like as homing missiles or fast-firing machine guns, can be found aboard GRIP vehicles just like in Twisted Metal.

PlayStation 4, Xbox One, and Nintendo Switch are all supported.

The story and gameplay of Cel Damage, despite its cartoonish visuals, are based on the Twisted Metal series.

“Cel Damage” is an in-universe cartoon vehicle competition show that you play as one of ten characters.

There are numerous power-ups in arenas, such as freeze rays, gigantic springs, and nuclear bombs.

Another vehicle-based arcade shooter that owes its inception to the Twisted Metal series is Diesel Guns.

In this game, you take charge of a wide range of powerful killing machines, each with their own set of attributes and arsenals.

The introduction of specific rules, such as increasing the lethality of guns as a vehicle’s speed increases, helps the game emphasize the range of vehicles and weapons.

In addition, every weapon in the game has a second shooting mode that may be selected by the player at any time.

It’s a sort of spiritual successor to the Road Rash series, but with a roguelike-style single-player storyline as its centerpiece.

Players can use a variety of weapons, including handguns, shotguns, and rifles, in close and long-range combat.

Other weapons include pipes, baseball bats, pool cues and even a wrench throughout the game.

As addicting as Twisted Metal, Road Redemption’s gameplay has a visceral and meaty feel to it.

One of the best choices for an exciting arena-style game is Rocket League, which has a large and active online community as well as easy-to-understand controls.

The vehicular soccer game has developed a big following because it is one of the few online games that support cross-platform play.

In other words, this is wonderful news for Twisted Metal fans who may have been put off by the game’s cartoonish graphics or assumed it was only for kids.

If you’re playing on PlayStation 4, you can even get a Sweet Tooth car. 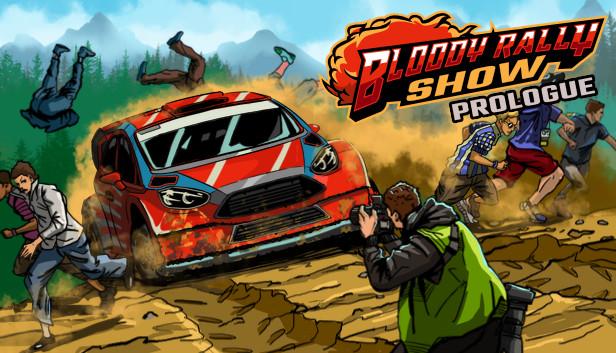 You take on the role of a race car driver for the fictional “Bloody Rally Show,” which takes place in a dystopian future.

It’s up to you to keep the audience coming back by drifting, increasing, and blasting away the competitors.

When it comes to violence and over-the-top speech, Twisted Metal isn’t far off from this formula.

Crashday: Redline Edition is a re-release of the original 2006 PC racing game Crashday, developed by Redline Studios and released by Atari.

A brand-new user interface and a slew of visual upgrades bring the now-14-year-old game into the present day.

It’s essentially the same game as the original, with players picking a vehicle and competing in races, stunt shows, and wreck matches on 30 different tracks.

You’ll be able to engage in vehicular warfare with missiles, machine guns, and straight-up car wrecks in all seven game types.

This allows each vehicle to fire either little or large rockets depending on the situation.

If you’re looking for an old-school arcade combat racing game, Gas Guzzlers Extreme is a great place to start.

This year’s Mad Max bears many similarities to Twisted Metal’s vehicular combat even though it’s a narrative-driven open world game.

When you’re not busy with story missions, you can roam the game’s irradiated open-world and take on competing gangs in a variety of ways.

Using a harpoon gun to hook onto an opponent’s automobile, then detonating explosives and crashing into the driver’s seat at high speeds is how the car combat works.

In addition, the game offers a wide variety of upgrades and cosmetics that allow you to tailor your murder machine to your own liking.

Destruction AllStars is a welcome addition to the Twisted Metal universe, given that fans have nothing else to look forward to these days.

Play as one of a number of “dangerous drivers” competing in car-based combat around the world in this video game.

The option to exit your vehicle and inflict havoc on foot is what distinguishes AllStars from other racing games with turbo boosts, devastating accidents, and big explosions.

Make sure to pray that you don’t get run over while trying to go back to the driver’s seat!

Fire up your engines and reload your guns. THE TRADITIONAL IS BACK! You can now play Death Rally, the iconic top-down racing game by Remedy. It’s tougher and nastier than ever.

Not your typical Sunday drive. If you’re coming to Death Rally, you should be prepared to have your mind blown. Burn tires and expended brass as you sprint to the finish line, as well as the burning wreckage of anyone who dared to stand in your way.

Intense, violent, and exhilarating gameplay awaits! By winning races and upgrading your vehicles and weapons as well as battling some of the most impressive boss racers, you may finish the story mode. Become a part of the multi-player action! Make your entrance into the Death Rally, humiliate and crush your opponents, or disrupt their race altogether. There is no such thing as a dirty trick when it comes to winning.

Unparalleled combination of roguelike gameplay with randomly created campaigns with apocalyptic themes and AI-generated dialogues, tasks, and challenges, as well as an infinite amount of race tracks.

Fast cars with pleasing controls can race around an infinite number of randomly generated and handcrafted tracks in this fast-paced racing video game. In Steam Leaderboards, you can pit your skills against those of others for bragging rights.

Metal Drift is a futuristic racing video game set in a dystopian future. You control a hover tank in a futuristic sports arena. Violent tank-on-tank multiplayer team fighting is the focus of the game’s basic gameplay.

In order to accommodate a wide range of playing styles, each weapon and upgrade has been meticulously crafted and meticulously balanced. The Stealth upgrade and the Shock Cannon can be used together to strike a lethal blow behind an opposing player and then vanish. The Temporal Cannon upgrade can also be used to shoot through walls if the Sensor upgrade is selected. Among the 56 options, choose the one that best fits your plans.

Crashday, the cult multiplayer racing classic, is back in action! Redline Edition of Crashday precisely recreates the joy and memories of the original with all-new and upgraded features, including compatibility with Steam Workshop. It’s Crashday, folks!

With practically limitless possibilities, Crashday: Redline Edition is a multiplayer arcade racing! Thrill seekers need only apply. You can play in seven different ways. Combat in both the virtual and real worlds. Highways and arenas alike are filled with them. Your music should be made and distributed by you yourself. Mods, circuits, and vehicles made by the community can be found in the Steam Workshop. You can do whatever you want with the game. Today, there are no rules.

With wild weapons and wacky arena dangers at your disposal, take on the world’s most nuttiest cartoon drivers!

If you’re looking for the ultimate couch co-op experience, Cel Damage HD is the game for you. Get a leg up on the competition by mastering the single-player mode!

In Gas Guzzlers Extreme you’ll find a high-octane shooter that is armed to the teeth and trigger-happy! Take a wild ride in this addictive combat racing game, which features a wide variety of vehicles, weapons, upgrades, on-track bonuses, and scenery. Car combat in Gas Guzzlers Extreme has been given a thrilling new element thanks to quick team/clan battles.

Continuing the legendary Carmageddon series, the most current entry is Carmageddon: Max Damage. When it comes to Carmageddon, you’re competing against a horde of crazed automobile killing machines and pedestrians (and cows). It’s the answer to all of your racing game woes!

Choose from a wide range of exhilarating game types and take on AI opponents or the rest of the Carmafan horde online! Earn Carma or take part in a Multiplayer adventure in Car Crusher, Fox ‘n Hounds, Death Race, or Checkpoint Stampede – all of which feature Carmageddon’s trademark over-the-top brutality, weird PowerUps, and non-stop hilarity..

Vehicle combat racing video game Mashed was developed by Supersonic Software. The PlayStation 2, Xbox, and Microsoft Windows versions of the game were released in Europe in June 2004. Mashed: Fully Loaded (Europe) and Drive to Survive (North America) were released in March 2005 in Europe and December 2006 in North America, respectively, featuring new features. Wrecked: I’ll get back at them. In 2012, the direct sequel, Revisited, was released.

Fast and strong weapons are only some of the features of GRIP’s high-octane combat racing. Rollcage, Wipeout, Motorstorm and Star Wars Podracer are all influences on this unique game.

Race through the world of a reality television show in Split/Second. Competitors race to the finish line in a set rigged to blow. It is possible for players to produce catastrophic occurrences that alter the path of the race, as well as collisions with other vehicles.

Even without weaponry, Wreckfest delivers some of the most enjoyable automobile combat in the industry.

Will Twisted Metal be on ps5?

A fresh source claims to have identified the firm behind the upcoming Twisted Metal PlayStation 5 revival.

Will they ever remake Twisted Metal?

A new developer is reportedly in the works for the Twisted Metal version, which is set to debut around the same time as the program.