Is Apple Arcade Worth It? Comprehensive Guide

Apple has a long history of both good and bad reputations.

There is one sector that Apple has yet to break into, despite being one of the world’s largest IT companies and having a strong footing in both the smartphone and PC markets.

In the late 1990s, Apple attempted to launch a video game console, but the widely forgotten Apple Pippin failed to make any substantial impact in a market dominated by Sony, Sega, and Nintendo.

Despite the fact that Apple has ceased its efforts to produce gaming gear, the company has found a new way to get into the video game market. Apple Arcade was made by repurposing their existing hardware.

What Is Apple Arcade?

Apple Arcade is a video game subscription service available only on iOS and macOS devices. Macs and iOS devices running one of its derivative operating systems—iPadOS and tvOS—are all capable of running it. 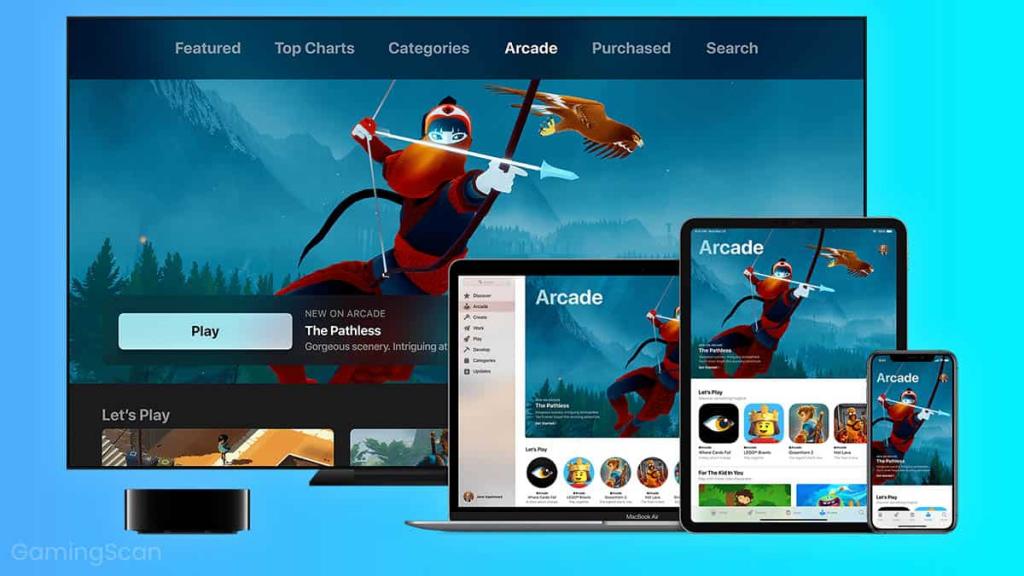 As of right now, Apple Arcade costs a relatively little sum of money. The monthly subscription fee is $4.99, and an annual 12-month plan is available for $49.99, which lowers the monthly price to roughly $4 per month.

Every week or biweekly, new games are added to the collection for as long as the user’s subscription is active.

Apple Arcade currently features 151 titles, 53 of which were available when the service was launched in September 2019.

Over the past decade, mobile gaming has received a lot of well-deserved criticism for developers’ concentration on commercialization rather than on providing an enjoyable gaming experience for their customers. The end result is a user experience that is riddled with invasive advertising, paywalls, and a plethora of in-app purchases.

This isn’t the case with the games on Apple Arcade. A new or old perspective on mobile gaming is presented instead. The majority of the titles you’ll find here harken back to the era before the microtransaction scourge.

With a monthly membership, you’ll have access to a ton of material without having to worry about commercials or in-game purchases.

Apple Arcade offers games in a wide range of genres, so that’s another consideration.

Everything from fast-paced action adventures to platformers to puzzles to racing to RPGs to strategy games can be found on Apple Arcade. There are even a few narrative-driven titles that prioritize the story above gameplay.

The games available on Apple Arcade are not all “mobile,” however, and many of the more advanced 3D titles would be at home on a PC or console as well. These games are almost certainly already multiplatform releases.

How Much Does Apple Arcade Cost?

The price of a subscription service is a significant consideration. The way Apple Arcade subscriptions are set up could have a positive impact on other Apple products and services. Because of the recent additions of some big-budget titles to the site, a simple membership is the best option for those who only want to play games on Apple Arcade.

Apple Arcade does offer a safety net for those who might not obtain what they were hoping for in the first month of their free trial. However, after the first month, the cost drops to $4.99 a month. Users who acquire a new Apple smartphone can take advantage of a similar offer. If the gadget is eligible for the program, consumers can get three months of service for free before they have to start paying $4.99 a month.

Despite the fact that this helps to reduce some of the costs, it is still necessary to consider the games that are now offered. When it comes to subscription services, there is no such thing as a one-size-fits-all. Some people’s needs may be better served by a different subscription model or service like PS Now.

A simple package is probably not the best solution from a budgetary sense for Apple consumers who find themselves using numerous distinct Apple services. Apple’s all-in-one subscription would be the most efficient. Prices range from $14.95 for an individual to $29.95 for a family of four. Individual plans come with 50 gigs of iCloud storage while Family plans come with 200 gigs, although both share the same items.

There are a few ways in which the Premier plan differs from the other two programs. It has the same five-person membership limit as the Family plan, but instead of 200 GB of iCloud storage, it comes with 2 terabytes. Mythic Quest Season 2 has already begun on Apple TV+, Apple Music, and Apple Arcade, but it also includes News+ and Fitness+ in the bundle. You may find this useful if you have a lot of things to store, or if you anticipate utilizing these capabilities more frequently in the future.

There is still a price to pay for each of the subscription bundles. In spite of the fact that people who want everything can obtain it, there are a plethora of memberships available nowadays. From Netflix to Xbox Game Pass to Spotify it feels like companies want a continued flow of money from consumers and another subscription can feel like a lot even for under five dollars a month.

Where to Play Apple Arcade

Despite its high price, the system diversity of Apple Arcade may be what sets it apart from the competition. Numerous gaming options are provided by Apple’s diverse line of personal computers and mobile devices. In the wake of reports that Apple is in the process of developing a Nintendo Switch-like gadget, Apple Arcade is a safe bet. This would increase the number of ways in which people can participate in games from five to six. 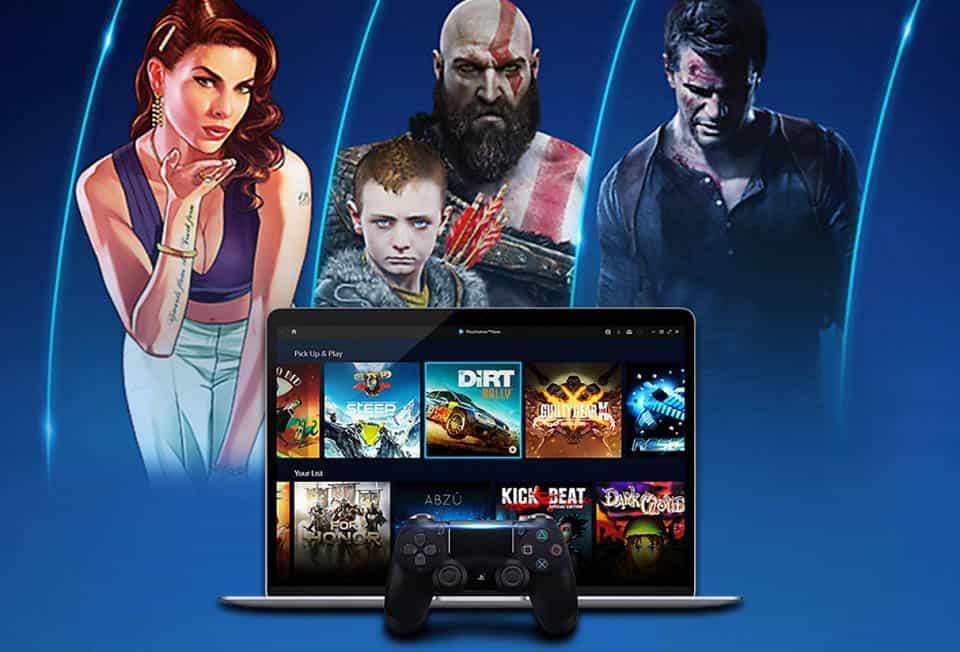 However, there are restrictions to some of these forms of play. The iPhone, iPad, and iPod touch have exclusive games including Fruit Ninja Classic+, Backgammon+, Don’t Starve: Pocket Edition+, and Mahjong Titan+. The worst part is that those are just a handful of the many possibilities that come to mind. Apple TV games, on the other hand, require a controller and can only be played using an Apple TV remote.

These difficulties may be overcome if, as reported, Apple is working on a hybrid console. It’s feasible that Apple and Epic may put aside their present legal disputes so that fans could play Fortnite on the new iPhone. It’s not yet clear how the device works or if it’s even real.

Apple Arcade has a few advantages that subscription services can’t match. Apple Arcade isn’t exactly stripped-down, which might come as a surprise to some. There is a decent selection of high-profile games in the arcade. Over 180 games are available through the service. Cut the Rope Remastered and NBA 2K21 Arcade Addition are included, but so is a gorgeous rendition on the traditional Oregon Trail.

Because Apple Arcade is continually adding new titles, this is even more appealing. Though still in its early stages, it appears that future plans are focused on making the service powerful enough to compete with the industry’s heavyweights. This could be a wonderful moment to get acquainted with the service, as new titles are being added to Apple Arcade on a regular basis.

Apple Arcade suffers from the same drawbacks as other subscription services. A subscriber has no ownership rights over the games he or she has chosen to access. The issue of game ownership has long been divisive among gaming platforms. When a subscription model is used, the ability to play games is eliminated when the subscription is terminated. A fantastic illustration of how games may and have been removed from Apple Arcade is Fortnite.

A lack of a physical or digital copy of a game means that all future playthroughs are dependent on a service. It may not be a deal breaker for everyone, but it’s something to keep in mind because it’s a reality for subscription services like Apple Arcade. Skate City, for example, was recently launched on both consoles and PCs, so there is a positive to this.

Yes or No to Apple Arcade

It’s important to keep in mind that titles that have been rotated or removed from the list aren’t necessarily a bad thing. It’s more of a filler than anything else. Choosing a subscription service, especially for games, is a decision that comes with a long list of advantages and disadvantages.

When it comes to subscription services, personal preference is the most significant consideration. Apple Arcade is a terrific place to sample a wide variety of titles, including puzzle games and finger-tap beat ’em ups. Apple Arcade is an obvious choice for mobile gamers. If you’re more interested in games like Halo or Assassin’s Creed, you’d be better off spending your money elsewhere.

Is Apple Arcade worth the money?

Apple Arcade is a terrific option if you’re looking for easy mobile games that you can play on your iPhone or iPad in short spurts. Good smartphone games without annoying commercials and microtransactions may be had for just $5 from a variety of publishers.

What is the point of Apple Arcade?

Users can download and play all of the games offered in Apple Arcade for a flat monthly charge, with no additional fees. 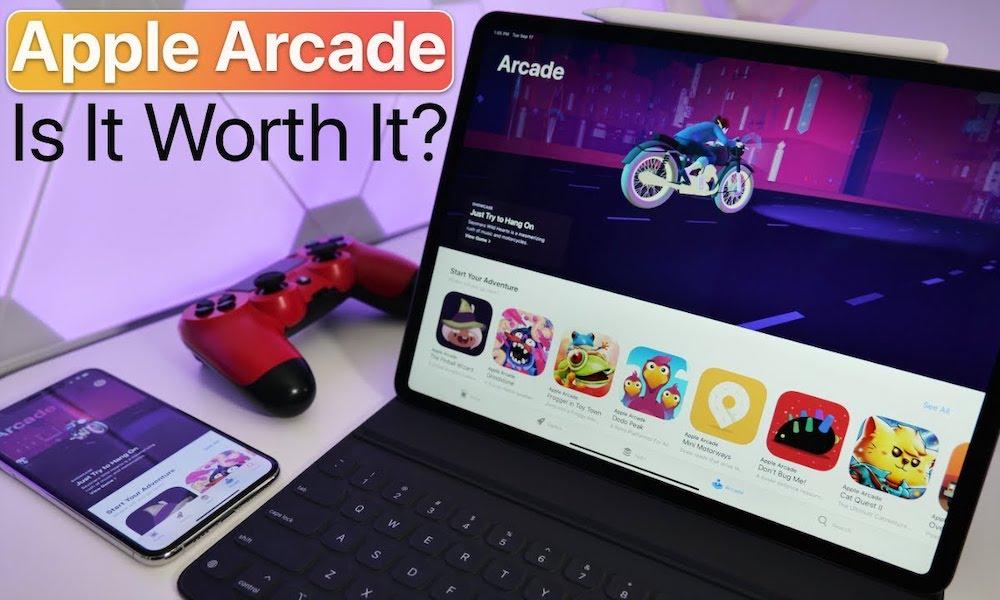 Is Apple TV Arcade any good?

How much of a sacrifice are you willing to make? Apple Arcade is unquestionably well worth the price of admission. With a single subscription, you may play games with up to five other people on up to five different devices. This is a game-changer in terms of convenience and affordability.

Is Apple Arcade worth the $5 a month fee that Apple is charging for it?

The answer, of course, is highly subjective and will depend on your own likes and tastes. As always, this is the case. Many cross-platform games are available for much less than they would cost if purchased elsewhere, as previously stated by the service’s creators.

For some people, touchscreen controls in more intricate 3D games are just too much to bear. The good news is that third-party controllers are supported on iOS and macOS, so you can use a DualShock 4, an Xbox One Controller, or any other Bluetooth-enabled controller.

Keeping in mind that Apple Arcade doesn’t exist in isolation, we also need to bear in mind that there is some competition. Sony’s PlayStation Now and Microsoft’s Xbox Game Pass are Apple’s primary competitors at the moment.

Over 800 titles are presently available on PlayStation Now. Games from the PlayStation 2, PlayStation 3, and PlayStation 4 are all included, and many of them may be played on the PS4 or PC, depending on whether they’re played locally or streamed.

PS Now’s monthly subscription is $9.99, although the 3-month and 12-month plans are more cost-effective at $24.99 and $59.99, respectively. In terms of cost savings, the second option is the clear winner, lowering the monthly fee to just $5.

The Xbox Game Pass, on the other hand, offers nearly 400 games, including a wide variety of both Xbox and PC titles. Xbox One owners will have to shell out $9.99, while PC owners will have to shell out $4.99. There’s also a $14.99/month premium subscription that includes both platforms plus Xbox Live Gold, which entitles you to free games and other discounts each month.

Despite this, if you’re looking for high-end games to play on a larger screen, Apple Arcade may not be the best choice. Both Sony and Microsoft have a far larger library of games available for their consoles and computers.

This isn’t to say that it’s without worth. Apple Arcade is a terrific option if you’re looking for easy mobile games that you can play on your iPhone or iPad in short spurts. Good smartphone games without annoying commercials and microtransactions may be had for just $5 from a variety of publishers.