15 Best Driving Sims. What You Need To Know?

Various racing and driving games can be found here. The bulk, on the other hand, are fast-paced arcade games with simple controls and a limited number of mechanisms. The games are made with the goal of providing hours of entertainment and more. We also offer simulators on the other end of the spectrum.

Forza has always been a thrilling experience, and Forza 7 does an outstanding job of upholding that standard. There are over 700 vehicles to choose from, making it one of the best options out there. Are you interested in competing in a truck race for an award? You can finally get your hands on it. What if you could race in the Arctic in a Land Cruiser fueled by polar ice? Sure. Continued indefinitely. An arcade-style driving game is mashed up with a high-octane racing simulator to create Forza 7.

While there are several driving simulators out there, Dirt Rally 2.0 may be the most well-known. This game attempts to mimic the challenging and precise sport of rallying.

With a large selection of high-performance offroad vehicles, you’ll have to drive through tough terrain while keeping the correct pace for each section of track…

In Dirt Rally 2.0, you’ll likely have a few crashes before you’ve mastered a certain level. This is a wonderful simulation of traversing difficult conditions utilizing fast automobiles.

Inexperienced drivers who want to test their skills will find it a great choice, as the majority of VR devices and steering wheels are supported by the game.

Windows, PS4, PS5, Xbox One, and Xbox Series X/S are all supported platforms.

F1 2021, on the other hand, is the greatest racing simulator if you want a realistic racing experience with precise driving mechanics, active AI and accurate damage simulation.

There has been a rapid-fire streak by developer Codemasters in the last few versions, and the 2021 edition of F1 is undoubtedly the best yet.

Fans of racing simulators with a competitive edge will enjoy the game, while those who are new to F1 will find a lot to enjoy.

It has a new Career mode with two players, more choices for casual racing, and new Quick Practice challenges for core driving skills that are compatible with all steering wheels.

More than 180 vehicles are available in Project Cars 2, a well-known racing simulator that contains more than 140 circuits spread across 60 real-world locations.

As well as awe-inspiring, photo-realistic photos As a result, the game’s performance is influenced by dynamic track temperatures and weather conditions.

Using the LiveTrack 3.0 Physics engine, you can test your car’s acceleration, handling, and braking capabilities in a variety of scenarios on the track.

In addition, Project Cars 2 offers a variety of events and styles, such as Off-Road races and Rally races, that complement and complete the more regular track races.

Next up on our list is Assetto Corsa Competizione, a racing video game that focuses on realism while still delivering on the driving simulator aspect of things.

To calculate your car’s suspension, drivability, and tire grip, the game uses advanced physics computations, as well as other variables, such as the level of damage and weather conditions.

With this, you may feel like you’re driving some of the most famous GT racing automobiles from the likes of Ferrari, Lamborghini, and McLaren, all at the same time.

A variety of pedal and steering wheel setups are compatible with Competizione, as are the other games we’ve already mentioned.

For those who prefer a sandbox driving simulator rather than a competitive racing game, SnowRunner is a great option.

To get over the tough terrain, you play as a truck driver who must traverse rivers of roaring water or slick snow in order to get to your destination.

From Ford, Chevrolet, and Freightliner you’ll be able to unlock more than 40 exclusive cars in the game’s various sandboxes throughout the world.

In addition, SnowRunner has Mod support, up to four players online co-op, and all the steering wheel controls are supported.

Windows, Linux, and Macintosh are the three operating systems supported.

In addition to Euro Truck Simulator 2, which lets you run your own cargo transportation business, there are a number of other outstanding driving simulators out there.

Purchasing your own vehicle is the first step in exploring the massive sandbox that encompasses the 12 cities of 71 countries around Europe.

If your firm continues to grow, you will be able to buy a garage large enough to house many trucks and recruit employees to handle jobs that you don’t have time to complete yourself.

The best way to play the game is in first-person mode with an accelerator and a steering wheel. As a result, you are able to fully appreciate all of the road’s wonders.

It is possible that you would enjoy dismantling and modifying real-world automobiles if you are a lover of driving simulations. 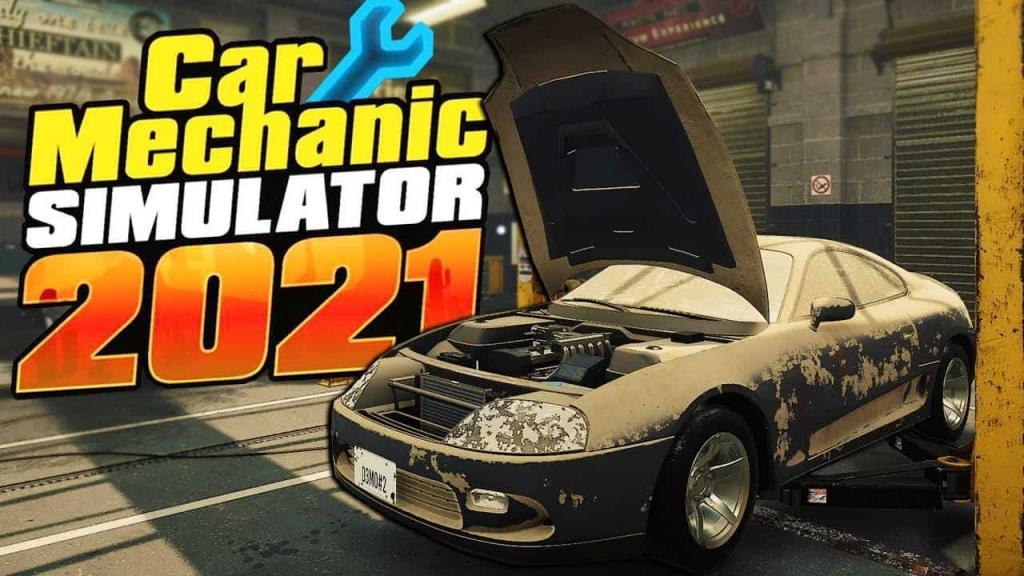 The Car Mechanic series has been around for a while, and with each new release, it becomes better and better, giving players everything they need to run their own shop.

However, the game presently lacks steering wheels, so you can’t test out your car’s capabilities in the test zone or race around the circuit in time trials.

In addition to being a driving simulation game, My Garage simulates your own garage or shop and the repairs and maintenance you perform there.

To repair and replace any of your vehicle’s body panels, as well as the ability to apply paint and imitate normal wear and tear, it includes a wonderfully exact damage system.

Your car’s suspension or oil level will need to be adjusted, and the tires will need to be replaced at some point. Visiting junkyards, stores, or simply cruising around the world to increase its performance.

Because it’s in Early Access on Steam, it’s possible that the game’s features, content, and controls have been severely constrained. Players have been able to get their pedals and steering wheel to be recognized by the game, however.

Some may be put off by the subscription-based business model, but it does have one of the most active online communities and most detailed car and track modeling systems of any racing sim.

Although the majority of the content is oriented around live events, solitary players have little reason to participate because of the substantial time commitment required.

After overcoming all of these obstacles, you’ll have an outstanding racing simulation that is best played with a force feedback wheel to create the most immersive experience.

With the game’s release date approximately a decade ago, it’s surely one of the greatest options for eSports race simulation beginners.

The more harder it is to appreciate an online driving simulator, the less likely you are to have a good time with it.

However, BeamNG.drive manages to find the appropriate mix between these two by stressing its incredibly precise soft-body physics that allow amazing automobile wrecks that look and feel authentic.

BeamNG, in contrast to many other driving simulator games, does not require you to participate in races in order to enjoy the full simulation.

In spite of the fact that it isn’t a household name, Automobilista is a solid choice. If you’ve played other racing sims and are looking for something new, the Automobilista series is well worth checking out.

Over the course of more than a decade, the developers at Reiza Studios have worked tirelessly to create Automobilista 2, the most comprehensive driving simulator set in Brazil. The racing scene in Brazil.

Improved graphics and performance are based on the MADNESS engine used in the original edition, which includes more tracks and cars.

Simulating real-world conditions can be done utilizing an instrument on the steering wheel, a virtual reality headset, and advanced tracking and weather systems.

Drifting in numerous locations and on unique race courses is the focus of CarX Drift Racing Online, an online driving simulation.

There are a multitude of options for personalization, including custom-designed vinyl covers and vehicle performance fine-tuning, available to gamers.

In addition, you can compete against other players from around the world in tournaments that take place in the game’s open online rooms and events.

No matter how realistic the game is, it includes a wide selection of beautiful automobiles and is compatible with any steering wheel control system that supports it.

Many racing, maintenance, drift, and truck-driving simulators have been mentioned in this guide but none are designed to teach you how to drive in real-world situations.

City Car Driving is one of the games we’re confident in recommending, as it will teach you how to drive in real-world traffic conditions.

Open-world locations can be explored in a vehicle of your choice and a plethora of training activities are provided to help you improve your driving skills.

Traffic laws, pedestrians, and other motorists must all be observed in the region you select, and there are numerous ways to make the experience more or less realistic.

Bus Simulator 21, which is due out in September, is our final recommendation and the most unique driving simulator on our list. 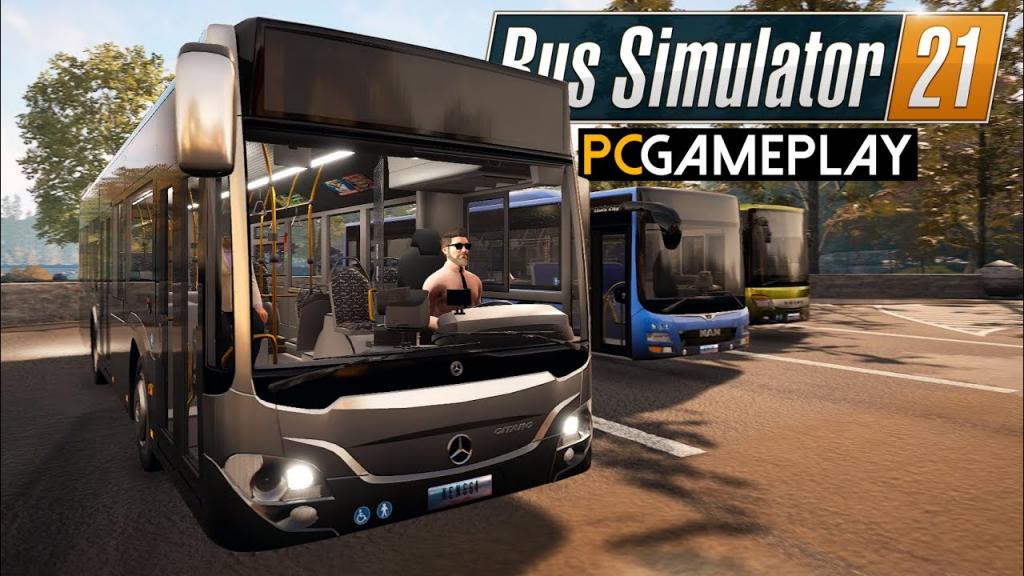 A bus driver in the Bus Simulator series is assigned to numerous routes over huge open-air cities, where you must pick up or drop off people at their destinations.

Bus Simulator 21 iterates on the essential formula by increasing the fleets available that include new permitted buses from Volvo, Mercedes-Benz, Setra, and Blue Bird.

Mario Kart 8 Deluxe, the latest version of a classic, is only available on the Nintendo Switch. Don’t be concerned if you haven’t played Mario Kart in a while. If you’re a fan of the Mario Kart series, have no fear: 8 Deluxe stays true to the original 1992 Super Mario Kart for the SNES. Crazy tracks, a wide selection of accessories, and a roster of characters that have only increased since the original are still present. Much vehicle customizations are included in the most recent editions, making the experience even more enjoyable. The excitement will continue even if you spend the rest of your life at home playing Mario Kart.