Anything and everything may be found in the video game market. All the way up to simulation games that mimic real life, from massive battle royales to role-playing or adventure games. Farming-sims are one of the most well-known sub-genres of life-simulation games.

Stardew Valley is still a top choice for people searching for a fun and well-balanced farming game, even after many years after its launch. With each new release, we get better and better at what we do. It’s sure to be a fan favorite for many seasons to come. In Stardew Valley, you inherit a farm from your grandfather and subsequently relocate to Pelican Town, a small rural community. With the help of charming animals, you’ll be able to transform your family’s farm into a thriving company, as well as make connections (and perhaps even find your soul mate) with the inhabitants in the nearby hamlet. 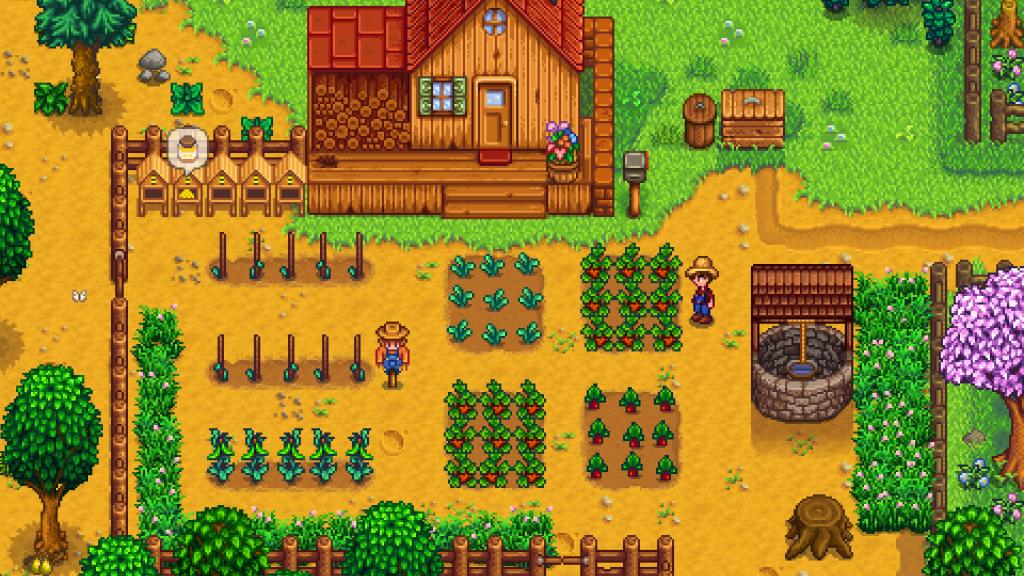 Kynseed is the first game created by a team that previously worked on the Fable series. It has been in Early Access on Steam since 2018 and has undergone numerous updates throughout this time. In contrast to other games on this list, the game’s pixel art and expansive universe make it feel unique.

Farmers Dynasty is another more realistic agricultural sim game with 3-D models and equipment. Farmer’s Dynasty, like the other styled 2D games on this list, focuses more on the adventures and relationships of the characters than the commercial aspects of the Farming Simulator series. The game allows you to divide your time between managing the business of your farm, building things by hand, and doing favors for your neighbors.

Staxel, at first glance, appears to be a brightly colored Minecraft variant. It’s a cross between the blocky aesthetic of Minecraft and the casual farming of Stardew Valley, but without the combat insight. Staxel is a great way to unwind after a long day at work.

Even while Minecraft is primarily an exploration and crafting game, it’s many updates have allowed for an increase in crop varieties and their various applications. If you don’t want to spend much time exploring, building and maintaining a large farm in Minecraft is a viable option.

Farming is just one of the many pleasant aspects of Rune Factory 4 Special, a farm-based fantasy game. As a bonus, you get a beautiful piece of land that you can farm animals and crops on. In this magical fantasy world, you can play a variety of other games as well.

Grow: Song Of The Evertree

This year’s newest addition, The Grow Song of the Evertree, was only released in December of the previous year. In the same way that Yonder the Cloud Catcher Chronicles did before it, Growing: Song of the Evertree focuses on freeform exploration as well as a compelling story and the amazing visuals and audioscapes of a colorful and lush fantasy world.

Having lived in the city for some time, the main character of The Farmer’s Dynasty returns to the farm where they grew up in an RPG/farming sim hybrid. There isn’t much of a story to speak of, and you’ll have to spend a lot of time developing your farm before you get to the fun part of farming, but the game still has a lot to offer.

An inheriting the farm of your grandparents is the basis of Garden Paws, a scenario that’s common in farming. You can play as an adorable animal character, and the other individuals in town are all animals, too, in this game’s tale twists.

Minecraft’s voxel-based aesthetic may make Staxel appear to be copying the game’s gameplay, but it’s a solid competitor in its own right that focuses on farming and gives a standard farming simulator experience.

Play as Beatrix LaBeau a rancher who moved to the planet in order to start a new chapter in her family ranch. Slime Rancher Slime Rancher is an interesting, original game set on a planet far away.

Farming Simulator is a series of video games that are exclusively devoted to the subject of farming. Since Farming Simulator 2008, a new version of the game has been released each year, each one improving on the last.

As a player in Ranch Simulator you’ll assume management of a family’s ranch that’s been through a bad patch and needs to be upgraded in order to make money.

It’s best to start with hens, but there are plans to include pigs, cows, and horses in the future as well.

A vast open landscape lies beyond your front door, teeming with bears and deer, both of which you can take down with your trusty rifle.

Is it worth giving up all of your things in order to become a hero and then missing out on the last battle?

Farming Sim RPG Be Hero has a premise like this: You’ll be doing various jobs to earn money for your journey back home.

Other activities that fall within this category include farming and fishing as well as hunting. You can get experience points for both combat and non-combat activities by engaging in these pursuits.

If you like Animal Crossing, Harvest Moon, and Pokemon, you’re going to love Ooblets. It’s a new take on social life simulators.

In the game, you play as a character with customizability options who lives in a world with humans and charming critters known as “ooblets.”

Ooblets come in a variety of sizes and designs. It won’t take much for them to decide to join your gang and follow you around everywhere you go.

Developer 3DM is known for their high-quality Windows 10 Live wallpapers, which are more interactive than the standard screensaver or background.

Desktop Farm is a new game that allows you to build your own farm from the comfort of your own home, all while sitting at your computer.

To keep you occupied between meetings or whenever you’re bored with your computer, this game contains bright voxel-based graphics and a system for day and night that leverages your computer’s clock. 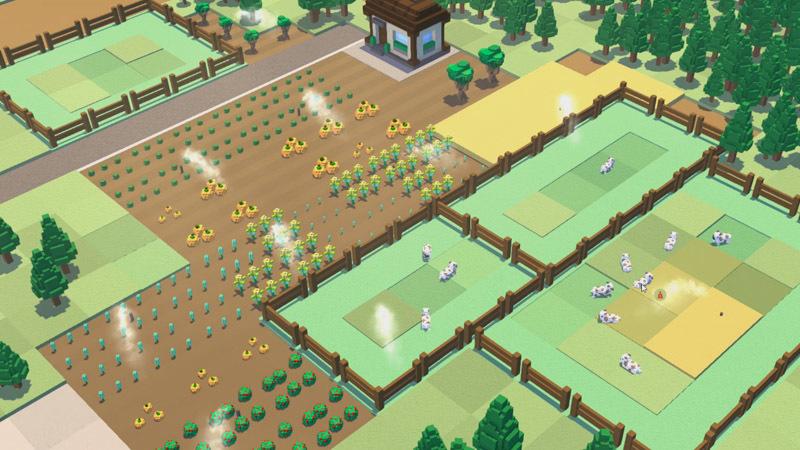 My Time at Portia

This is a role-playing game set in a dystopian world where the last of humanity has gathered in a small settlement to try to save what they can of civilisation.

The farm must be managed and improved, new tools must be created in the workshops, and treasures and antiquated items must be discovered in the caves.

In the course of the 60-plus-hour campaign, you’ll be able to get to know other villagers and their reasons for being there.

The game “Minecraft” is a must-have for everyone who like farming sims or simply building things.

Crafting and exploring are the primary goals of the game, but you can also choose to focus on cultivating crops or raising livestock instead.

In addition, there are numerous mods for Minecraft that introduce additional creatures and plants into the game.

Graveyard Keeper, dubbed a “medieval cemetery management game,” allows you to manage a cemetery and eventually branch out into other industries like farming.

You have the option of burying the dead or selling the carcasses to a butcher in your neighborhood to make some extra money.

For those who are unaware, the game contains a surprising number of comedic elements, and you may even find yourself having to make some controversial decisions in order to conserve money and avoid getting swept away in the whirlpool.

In Slime Rancher, you’ll be tasked with administering a ranch on a planet inhabited by beautiful slime creatures.

To earn “Plorts,” the game’s primary currency and a means of upgrading your farm’s tools and equipment, you must catch these slimes, bring them back to your ranch, and feed them a variety of foods.

Slimes interact with one another in a variety of ways, each having its own distinctive traits. So, go ahead and experiment to find out how each slime reacts.

These were some of the greatest farming games we could find from a wide variety of options..

To that end, we’re hoping that you’ll find this essay informative. If this is the case, please forward it to your loved ones. The bell is a great way to stay up to date on the newest news from us.