It’s easy to get overwhelmed by the sheer volume of characters, objects, and user interface elements in a video game.

The good news is that this is not always the case; many games have refined their interfaces and mechanics to make them as accessible and streamlined as possible.

To celebrate the upcoming year of 2022, we’ve compiled a list of the top minimalist games across multiple platforms, including PC, Xbox, PlayStation, Nintendo, and mobile, highlighting the best minimalist puzzle games and best minimalist indie titles.

In the future, we will add more games to this list, so come back to see if we forgot any and to share your suggestions!

Islanders is a city-builder that gets down to the essence of minimalism with its restricted color palette, clean user interface, and straightforward gameplay.

It’s a city-builder without the usual hassle of managing resources, so you can focus on making gorgeous cities from scratch.

Instead, the game encourages you to focus on expanding your small settlements into thriving metropolises by carefully placing tiles that add to your final score. 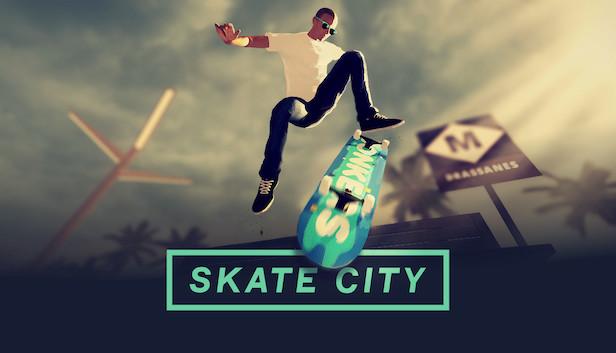 Even though it’s played like a side-scroller, Skate City is a 3D skateboarding arcade game with simple controls and beautiful visuals.

The game has three levels where you control a skater you’ve customized through Los Angeles, Oslo, and Barcelona.

Skate City’s minimalistic trick system, which allows you to combine different moves with simple inputs, sets it apart from other skateboarding games like THPS, Skater XL, and Session.

PC, Linux, Mac, iOS, and Android are all supported.

Klocki is an easygoing and soothing puzzle game with a minimalist aesthetic, featuring a lot of pastel colors and clean, geometric shapes.

In each logic challenge, you must rearrange blocks and tiles to make pathways and set off moody visual effects.

New mechanics and shapes are introduced as the game progresses, requiring you to try different strategies without making the game unfeasibly difficult.

A type of First-Person Shooter

Linux, OS X, Windows, Playstation 4, Xbox One, Switch, and the PC are all supported.

Superhot’s unique selling point is its innovative use of a time mechanic that only advances when you do.

This allows the player to take stock of the situation and plot an appropriate response before launching into flashy gunfights and close-quarters brawls.

The game’s minimalist art style does a great job of conveying information throughout combat by keeping things simple: enemies are always red, backgrounds are white, and weapons are black.

Return of the Obra Dinn

Scavenger Hunt, Puzzle, or Something Else?

The Obra Strikes Back Even though it has simple visuals, the atmosphere in Dinn, a detective game, is very effective.

Using a time-traveling pocket watch that allows you to replay the moments leading up to someone’s death, you play as an insurance adjuster looking into the disappearance of a ship’s crew.

You can use this to learn what happened to each crew member during the ship’s epic journey by collecting clues and making inferences.

By the same developers as What Remains of Edith Finch comes The Unfinished Swan, a minimalist adventure game about a boy searching for a swan that escaped from a painting.

A painter who recently passed away, the main character’s mother is a symbol in this story.

Throughout the game, you’ll go on an adventure through fantastical 3D settings, solve puzzles, and unleash a barrage of paint on your surroundings in an effort to uncover a hidden kingdom.

Multiple platforms are supported, including Windows, Linux, OS X, and the Nintendo Switch.

In order to manipulate the game’s logic, the minimalist puzzle game Baba Is You makes use of movable, interactive objects to represent its mechanics in real time.

A solid wall may appear between you and a flag; if the words “Wall Is Stop” appear nearby, you must break the link in the chain that represents the wall in order to proceed. While the game’s difficulty increases rapidly, the straightforward graphics and level design keep you focused on the task at hand.

Mini Metro is a minimalistic strategy puzzle game in which you are tasked with planning the underground transportation system for various thriving cities.

Three stations are placed at the beginning of each map, and you must draw lines between them to create subway lines. Each station and train can only hold a certain number of passengers.

Due to this, you’ll need to plan placements meticulously and fine-tune router settings to minimize downtime.

PC, Mac, iOS, and Android are all supported.

Incredibox, a casual rhythm sandbox developed by So Far So Good, is a great example of how well a minimalist game ages. 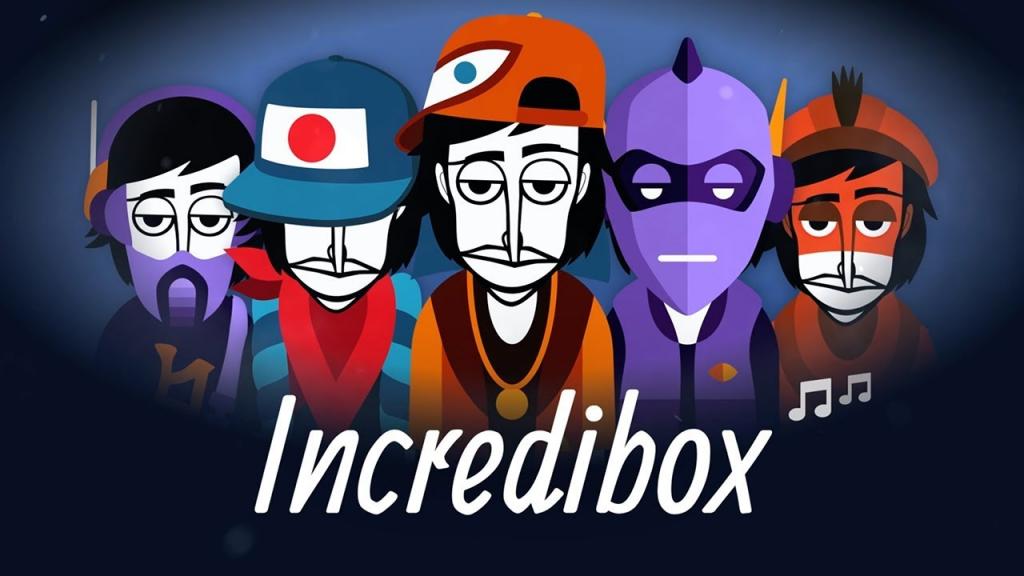 It’s part game, part tool; it lets you make songs with beatbox samples from eight different genres, which you can drop into your composition at any time.

It has a modern, stylish interface, and it allows you to upload, download, and share your own personal mixes with the world.

If you enjoyed minimalist puzzle-platformers like Inside and its predecessor Limbo, you should keep an eye on developer Playdead’s future work.

You take control of a nameless boy who must solve a series of platforming puzzles in order to progress through the game’s various levels and unlock the facility’s secrets.

Keeping in mind the constraints of a 2.5D side-scroller, each challenge introduces a new mechanic that expands upon those used previously.

It’s not an exaggeration to say that Hyper Light Drifter has the most complex visuals of the bunch. Retro gamers will always appreciate 16-bit visuals, but the game’s minimalist plot is what really sets it apart.

The player is left to piece together the plot of this bizarre mashup of Dark Souls, A Link to the Past, and Metroid. There is no definitive solution, only player-derived theories. An audacious step for one so minimalistic in appearance.

Designing a game with such a stripped-down aesthetic as Souls is no easy feat, but it is possible. Ashen has all the hallmarks of a Dark Souls ripoff, right down to the simplistic polygonal art style.

Everything that made its inspiration so well-known is present here as well, including the mysterious mood, the crunchy combat, and the challenge. It has a natural, peculiar quality that sets it apart from others.

The journey itself is beautiful. The gaming community, both inside and outside the Indie Circle, is in agreement on this point. If not a full-fledged story, there is at least an exciting adventure at hand. In contrast to the grandiose and majestic storyline, the art style is straightforward and unmistakable, and the overall experience evokes a depth of feeling that is difficult to achieve in video games.

The game focuses on discovery, the telling of stories through environments and music, and the enigmatic spiritual quest of seeking out one’s own kind. Getting from point A to point B is only part of the game.

In spite of appearances, this game follows the story of a spaceship captain who must rescue his crew from a faulty transporter. I had no idea that cartoon characters led such riveting lives. Its apparent ease of use is a ruse.

The player navigates the spaceship by manipulating the force of gravity to reach different areas, save crew members, and avoid danger. Its enduring popularity can be attributed to the game’s engaging aesthetic and deceptively straightforward gameplay.

When the game’s graphics are literally rectangles of different colors and the title comes with an award-winning narrative, people take notice, even though platforming games don’t typically require much complexity to begin with.

Rectangles stand in for artificial intelligence programs in a gloomy, geometric mainframe world, and the story’s narration by Danny Wallace is phenomenal, earning it major kudos for originality. While suggestion is a potent tool, the level of creativity required to create this game is truly remarkable.

No game better than Limbo exemplifies the idea that a minimalist design can achieve terrifying results in the horror genre. It’s impressive that this dark puzzle platformer achieves its level of suspense and tension without resorting to graphic violence or overly bright colors.

The game’s deaths are frequent and gruesome, and the player will need more than a grasp of physics to break free of the game’s pervasive gloom. The game’s favoring of darkness and a lack of visual flair.

To most people, a first-person shooter is the last genre that could possibly benefit from a minimalist design philosophy, but Superhot pulls it off admirably, transporting the player to a scene straight out of The Matrix with its chunky visuals and nameless foes.

The time manipulation and shooting combine to create a unique and intriguing puzzle experience. On top of that, using a wide array of weapons to destroy the red, shattered enemies will make you feel like a top-tier action hero.

The Geometry Wars series is a fan favorite in the Xbox arcade. The show’s premise is literally shapes firing shapes at other shapes. Straightforward to understand, animate, and visualize. Everything is done with a touch of Atari-like simplicity and elegance.

These books were modern-retro far before that style became mainstream. The games have a lot in common with the classics Arkanoid and Asteroid, and with three of the games still being played today, they have a dedicated following.

There isn’t a gamer on Earth who hasn’t played Tetris or a variant of it. The basic rules of the game haven’t changed much over the years despite minor tweaks here and there.

While the colors and designs have changed since 1984, the falling of the various blocks has not. When all is said and done, the adage “if it ain’t broke, don’t fix it” holds true. ”

What is the 30 day minimalist game?

You and your significant other should give up all of your possessions for 30 days. Each of you can get rid of one thing on day one, five things on day five, and so on, for a total of thirty days. Set a wager, say $10 or a meal out, and get to work cleaning out the fridge and cupboards.

Playing video games can be a great way to pass the time. … Adopting a minimalist gaming approach will enrich your gaming experience without sacrificing your ability to pursue other interests.

What is the minimalist challenge?

A minimalist challenge is a good way to shake up your routine in one or more areas of your life, such as your wardrobe or shopping routine. The short duration of the challenge makes it more like a game, increasing your interest and motivation for difficult tasks like organizing and getting rid of clutter. 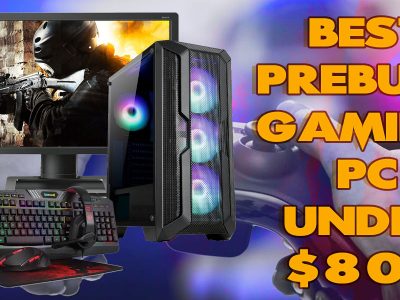