PlayStation 4 Pro vs XBOX One X – Choose What’s Best For You?

Better exclusive titles, VR capabilities, and a nearly comparable gaming experience are just some of the reasons why the PS4 Pro is a better gaming choice.

The Xbox One X, on the other hand, includes both 4K streaming capabilities and a 4K Blu-Ray player, both of which are missing from the PS4 Pro’s multimedia capabilities.

Are you ready to play games at 4K resolution? That’s going to be a big challenge for the two major consoles!

Until recently, many believed that consoles would not be able to render 4K content until the following generation. Sony and Microsoft, on the other hand, have already taken steps to ensure that they can meet this new requirement as quickly as feasible.

We’ll examine the positives and negatives of both the PlayStation 4 Pro and Xbox One X in order to help you make an informed decision about which console is right for you.

In terms of importance, this isn’t as big of a deal…

This is where the most significant progress has been made. 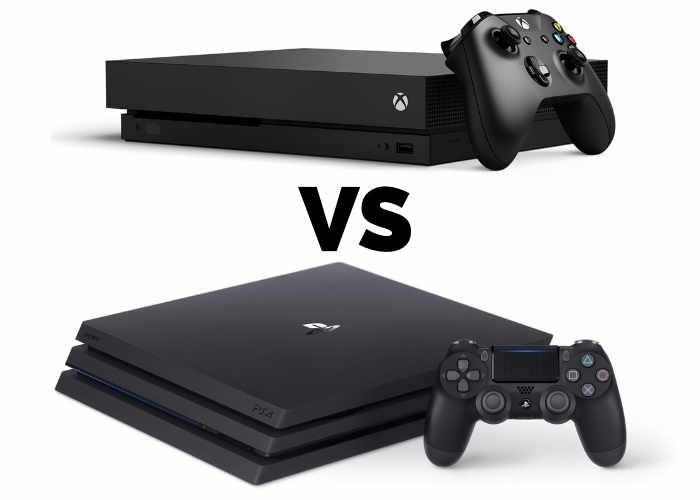 Notably, in addition to the most critical features already mentioned:

The PS4 Pro was the subject of some debate due to the fact that it does not truly run games in 4K native resolution. Rather, it displays games in a near-4K resolution and then use powerful upscaling algorithms to make them look to be in 4K resolution.

However, Microsoft’s Xbox One X is designed to provide a real 4K experience. Even though the difference in image quality is nearly imperceptible, its more powerful GPU makes this feasible.

The PS4 Pro is the less expensive of the two consoles, with a slight price difference. While the Xbox One X retails for $500, Sony’s 4K-capable console was released for $400.

Let’s be honest: when it comes to a console, you don’t really care about the hardware and performance nitpicks. Gaming consoles, in contrast to gaming PCs, are designed solely for the purpose of playing video games.

This is a test to see how the PS4 Pro and Xbox One X compare.

Throughout the generations, PlayStation has always had more and better exclusives than Microsoft’s Xbox. As a result, the PlayStation 4 outsold the Xbox One in sales.

In addition, virtual reality (VR) is a crucial factor to keep in mind. Virtual reality is supported on all PS4 models, including the PS4 Pro. As one of the most affordable VR headsets currently on the market, the PSVR is an excellent choice. Xbox One X, on the other hand, does not support VR.

One advantage that Microsoft has over Sony is that the Xbox One X, like the other Xbox One versions, is fully backward compatible with the previous generations’ Xbox games. This feature enables Xbox One owners to play their Xbox 360 and original Xbox games on the Xbox One.

The PlayStation Now subscription-based game streaming service is the sole way Sony offers backward compatibility. PlayStation Now will cost you $100 per year, regardless of whether you already own an older PlayStation game. Aside from the high cost of this, there are two more drawbacks:

To play online games on the PlayStation Network, you’ll need a $60-a-year PS+ subscription that is included in the price of the console. That’s not all; each month, the PS+ subscription includes two PS4 games, two PS3 games, and two PSVita games (although Sony will allegedly remove PS3 and PSVita games from this offer sometime next year). For as long as the PS+ subscription is current, subscribers can keep all of the games they receive. In addition, PS Plus members receive even greater savings at the PlayStation Store. 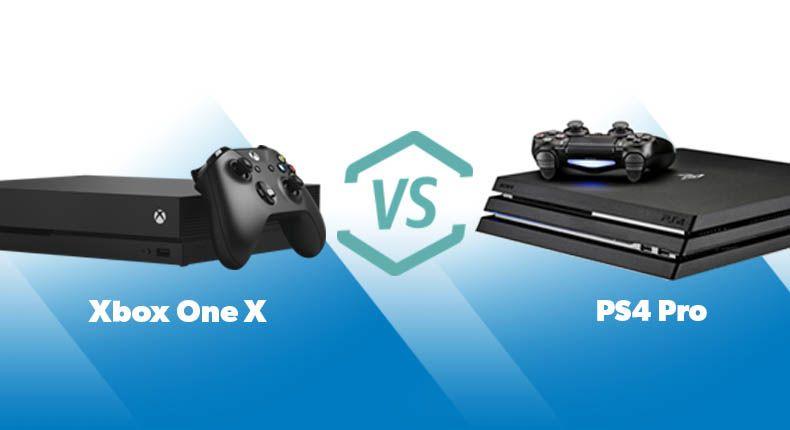 Xbox Live Gold, a comparable subscription-based program, similarly enables multiplayer, offers up to six Xbox One and Xbox 360 games each month (only playable while the subscription is active), and provides users with greater discounts on the Microsoft Store, much like PlayStation Plus. Microsoft has recently reduced the annual subscription fee from $60 to $40. You can play most Xbox 360 games on Xbox One, even if you don’t own a working last-generation console, thanks to backwards compatibility.

In keeping with its predecessors, the Xbox One X has a wide variety of connectors. Other features include: an Ethernet jack, IR out, S/PDIF, HDMI, three USB 3.0 ports (one on the front and two on the back), and an Ethernet port. Kinect does not have any direct input as on the Xbox One S. On the Xbox One S, it required an adapter, and that’s the case here as well.

In keeping with its predecessors, the Xbox One X has a wide variety of connectors. Other features include: an Ethernet jack, IR out, S/PDIF, HDMI, three USB 3.0 ports (one on the front and two on the back), and an Ethernet port. Kinect does not have any direct input as on the Xbox One S. On the Xbox One S, it required an adapter, and that’s the case here as well.

As with the Xbox One and Xbox One S, there are plenty of ports available on the One X, as well. In addition to the power jack, it has three USB 3.0 ports (one on the front and two on the rear), HDMI in and out, IR out, S/PDIF, and an Ethernet socket. There is no direct Kinect input like on the Xbox One S. Adapters were required on the Xbox One S as well, and the same is true here.

The Pro’s key selling point was its ability to better support the PlayStation VR. The Pro edition of the PS4 is capable of rendering at a higher resolution and with greater detail than the other PS4 models. Only games designed particularly to take advantage of the Pro’s enhanced graphics will benefit from them, as they do not come standard with the Pro.

Despite Microsoft’s ongoing cooperation with Oculus, there are reports that the Xbox One X will be able to run games on the Rift in the future. Previously, Microsoft stated that PCs are the greatest platform for virtual and “mixed reality.”

Because it’s exclusively on the PS4 Pro right now, the headset on that console is growing better with age.

The PS4 Pro is the winner.

As far as we know, both Xbox One X and PlayStation 4 Pro are capable of playing all of the same games as their normal equivalents. All games will be playable on the Xbox One X and the Pro, but not all of them will benefit from the additional power of the newer platforms. Xbox One X games that have been confirmed to be upgraded include the following and many others:

On this page, you’ll find a list of games that are currently compatible with the PlayStation 4 Pro. Even though Sony was the first to market, Microsoft rapidly bridged the gap by adding support for older Xbox One games and supporting third-party games.

Obviously, the overall number of games is more important than the number of games that contain improvements. Sony has recently outperformed Microsoft in terms of exclusive game releases. Playground Games, Ninja Theory, and Bethesda have all just been purchased by Microsoft, yet Sony still has the best collection of exclusive titles. As a result of Microsoft’s commitment to 4K gaming, Sony’s software advantages are considerably reduced. It’s too close to call right now. 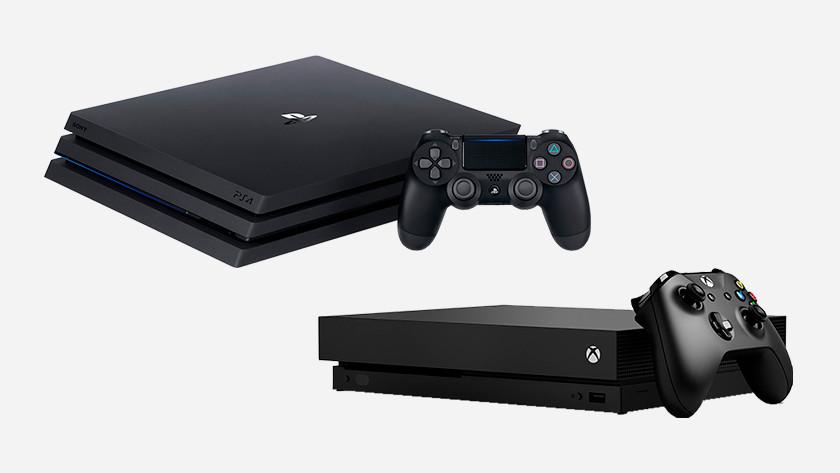 Is the Xbox One X better than PS4 Pro?

A 4K Netflix and Hulu stream will be available on both platforms, as will HDR gaming. However, the Xbox One X is more powerful and offers backwards compatibility, while the PS4 Pro is a better value and has more intriguing exclusive content..

Which is the best PlayStation 4 or Xbox X?

Why the PlayStation is better than Xbox?

Third-Party Games Deliver Better Overall Performance…. PS4 games typically have better resolutions than their Xbox One counterparts, a slight advantage that reaped dividends in the PS4’s early years (believe it or not, many consumers actually gravitated to the PS4 for the resolution advantage).

Which gaming console wins out in the end? PlayStation 4 Pro, is the solution.

Although the Xbox One X has marginally superior hardware and graphics, the extra $100 is still not worth it. Only if one of the following scenarios applies should you choose for the Xbox One X over the PS4 Pro should you consider upgrading:

That’s a tricky one. What do we mean exactly? Microsoft should have offered more and better features at a similar price instead of trying to compete with the Pro through raw power, because the PlayStation 4 has sold far better than the Xbox One since launch, and because there is a bigger prejudice towards it.

It is, of course, a matter of personal preference. This is not to imply the Xbox One X is awful; on the contrary, it is technically superior to the PS4 Pro. The market and Microsoft’s poor actions are to blame for this.

If you’ve already made up your mind, go ahead and purchase your preferred gaming console right away! Check out our PS4 Pro vs. PS4 Slim comparison for more information!