Pode Review (Nintendo Switch). Everything You Need To Know

To remind gamers that multiplayer video games can be just as enjoyable while being relaxed, tranquil and comfortably cooperative, Norwegian developers Henchman & Goon have created Pode. Pode, you see, is a game based on the concepts of camaraderie and cooperation, and trust us when we say: When playing Pode, it’s best to have someone nearby to assist you. When you play as Glo and Bulder, you’re in charge of a magical (and often heartbreaking) quest to help Glo find his way home. In order to tackle a slew of hard challenges, the player must put their unique abilities to use in order to remind themselves that working as a team is essential to success.

As esports and competitive multiplayer games continue to dominate the gaming landscape, there are less and fewer titles designed specifically for local couch co-op.

Because of the contributions of independent creators like Henchman & Goon, games like Pode, which first emerged on the Switch eShop before being released on PS4 and Steam, have been able to thrive in this somewhat specialized genre. 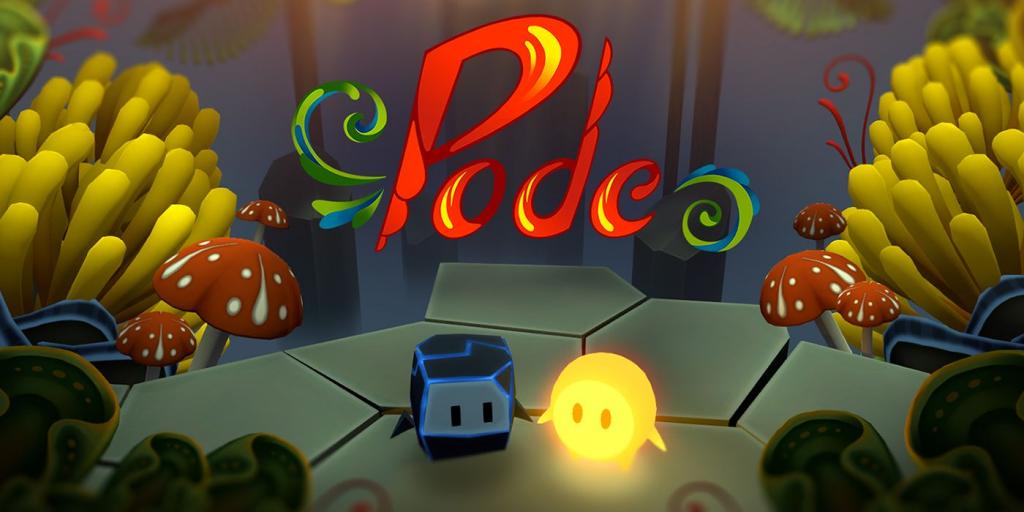 Here, I’ll discuss my impressions of the game’s storyline, gameplay, visuals, and audio to help you make an informed decision about whether or not to play it yourself.

Compared with PC, there will be some variations in graphics and gameplay performance due to this review being based on the Nintendo Switch version of Pode.

After falling from the sky, Pode relates a touching story about a rock trying to help a shooting star find its way home.

Aside from charming sounds and incredibly expressive physical gestures, the two rock stars manage to converse without using any spoken words.

Despite the game’s overall joyful tone, there are some somber times, such as when the pair is separated and must find their way back together.

In addition to the people’ designs, the environs also reflect this continual transition from companionship to isolation.

Flowers and vines begin to grow as the star’s radiation spreads across the caves, which are first eerie and eerie-looking.

It’s possible to use the rock to create beautiful, brightly colored crystal pillars and gem trails, and the most cute of all, you can have both figures stretch out and grasp hands.

Pode’s characters and surroundings have a high degree of involvement, which is something that not many games manage to do well.

You get to watch the rock and star’s relationship bloom over the course of the game as they become closer and closer until they can’t be apart.

Pode is best defined as a cooperative puzzle-platformer, but it can still be played by one person swapping between the two characters at the same time.

As I indicated before, the rock and star each have unique qualities that allow them to influence the environment in unique ways.

As a result of its weight, the rock can sprout crystals, shrink into a smaller stone, and swallow objects before spitting them out again.

As a star, the star can grow trees and plants, but it can also build bridges and transfer itself using the power of light.

A wide range of powers are investigated and used during the roughly 8-hour story, with several problems requiring the use of both characters’ abilities.

In the middle of the game, the unpredictable difficulty spikes in puzzles are the only thing that annoys me about Pode.

Visual cues in the environment can help you with the most difficult puzzles, however I don’t think some of the solutions really adhere to the game’s logical standards.

After trying every approach we could come up with, my partner and I would eventually have to consult a handbook when faced with a brick wall.

To express an emotional response, Pode uses simple forms and movements rather than the most spectacular visuals. 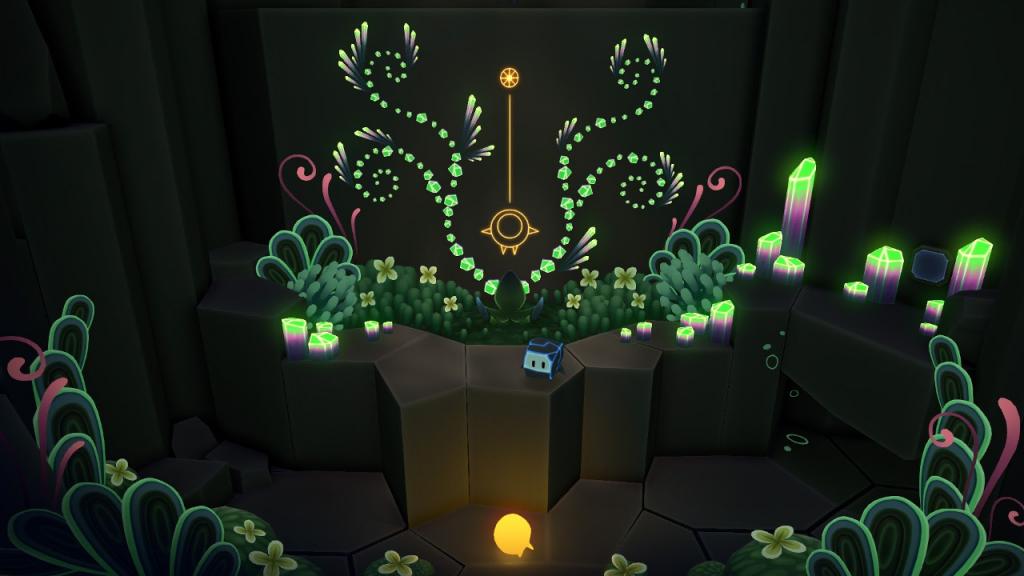 A vibrant-looking game that doesn’t shy away from using a wide range of colors and outstanding lighting effects is also on display.

As a starting point, most levels have bland gray caves that are ideal for the rock and star’s landscape modifying powers.

The amount of beautiful grottos and lush underground gardens we created with the push of a button had slipped my mind by the time we were done.

Pode relies solely on its excellent score by Austin Wintory to tell its story and take you through the journey of these two individuals.

As a result, I and my companion were able to concentrate on the puzzles at hand without being distracted by the background music.

The game runs at 30 frames per second while docked on the Switch, which I think is fine for a peaceful puzzle game that you can play at your own speed.

There were few moments where my character would clip through obstacles in the surroundings, as well as when my fixed camera became occluded as my partner and I moved away from one another.

At first glance, Pode’s story appears hopeless, as a shooting star falls from the sky when it hits a mountain and has no way to return to the sky. A rock, on the other hand, greets the fallen star and decides to lend a hand in getting it back into the sky. As a result, they form a team and aim for the summit of a mountain, becoming friends in the process.

It was good to see the game’s visuals, but the music was a disappointment to me, as it seemed to play the same tune throughout. In other words, adding a few more tracks would have given the game a little more depth.

Pode’s approach to solving puzzles is just right, in part because the game doesn’t force you to do anything. You’ll have to figure out how to play the game on your own, but that’s okay because it’s a very basic game to pick up and play.

Puzzles by Pode are not too difficult, but they’re also not easy and constantly surprise you. Adding additional powers to your new pals as you progress through the game adds depth and variety to the experience, however I’ve found that sometimes my motions get muddled and I’ve had to start again on a task I was working on.

As you progress through the levels, you’ll unlock new puzzles to solve, such as finding a flower to destroy or a symbol on the wall. Then then, I didn’t use them since I didn’t think they were necessary and I didn’t enjoy searching for them.

Pode is one of a kind. This game has so many positives that it doesn’t matter about the music or the occasional frame rate decreases. The graphics are stunning, and the gameplay and puzzles are equally impressive. The plot is straightforward, yet it accomplishes its purpose. I can’t suggest this game highly enough to anyone who like puzzles of any kind. 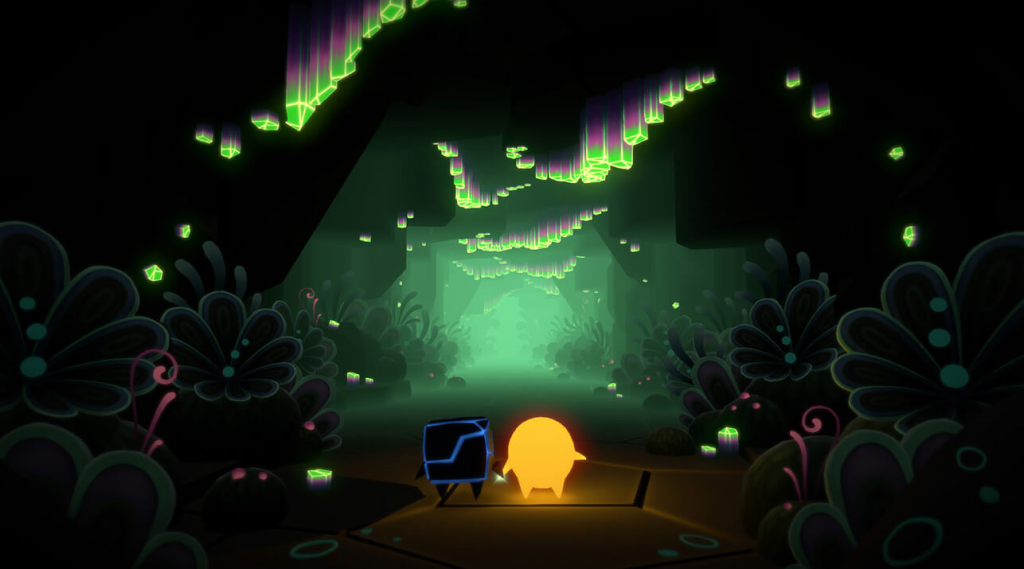 Can you play PODE alone?

Single-player or multiplayer. Play it with a friend, or just enjoy it on your own. Style that is all your own. Experience a world influenced by the art and nature of Norway.

Can you play PODE online?

I’m sorry, but we don’t allow internet co-op, but you can play coop with Steam’s Remote Play Together function. Right-click a friend on the Steam overlay in-game to send them an invite.

How long does it take to beat PODE?

The caliber of Pode’s writing and gameplay design cannot be matched by any other co-op game on the market today.

An ordinarily simple puzzle platformer has been transformed into a beautiful story of love and friendship thanks to the efforts of the developers, Henchman & Goon.

By the time the game was through, both my partner and I were smitten with our charming heroes and were happy to put down our controllers together.

A friend, family member, or even a romantic partner would benefit greatly from this game because of its affordable price and modest PC requirements.