Pokémon Sword & Shield Expansion Pass Review What I like

The long-awaited Pokémon Sword and Shield games were finally published on Nintendo Switch in November 2019. For the first time in core Pokémon games we saw many new experiences, locales, and Pokémon.

Even more Pokémon and new regions to explore have since been added to the Pokémon Expansion Pass. Is the extra $30 worth it for this extra content?

I can confidently state that the Expansion Pass is an excellent investment for any Pokémon lover after playing this DLC for a few days. There are a number of new Pokémon to acquire, as well as new features and new activities to keep players engaged in the new Galar region. If you enjoyed the main game, which is one of the best Nintendo Switch games of all time, you should definitely buy this expansion. 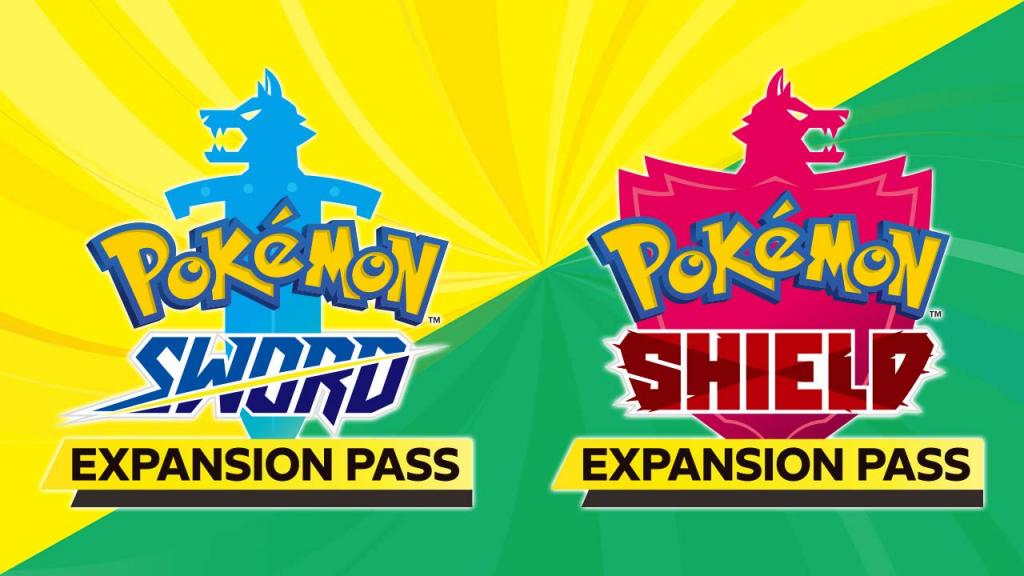 Pokémon Sword & Shield Expansion Pass review What I like

Dexit has been discussed to death by this point. Sword and Shield does not have all of the Pokémon from the previous titles. But the Isle of Armor DLC brings a number of these Pokémon into the current generation. At one point in the main plot, players can select between obtaining a Bulbasaur or a Squirtle. The new Legendary Pokémon Kubfu, which can evolve into either a Fighting/Dark-type Urshifu or a Fighting/Water-type Urshifu, is also included in the game’s update.

The DLC’s caves, forests, mountains, oceans, and deserts are home to a variety of different creatures. While some Pokémon can only be found in the Sword version of DLC, other Pokémon can only be found in the Shield version. It’s also possible to get a reward for finishing the extended Pokédex. That provides gamers a motivation to trade with one other and a goal to aim towards once the main storyline is finished.

Klara and Avery are better rivals than Hop

To begin with, Hop is referred to as your “rival buddy” and serves as your guide around the Galar region. The Isle of Armor introduces a new foe in the Expansion Pass. Klara, a Poison-type trainer who aspires to run the gym, is introduced to the Sword players. Avery, a Psychic-type trainer who who desires to be a gym leader, meets shield players.

Hop has always been a disappointing opponent in the base game. There is no sense of urgency in your confrontations with him because he is clearly a step behind you. In the meantime, these new competitors are vicious. They cheat and do all they can to keep the player from winning. In addition, unlike Hop, they are truly competent in warfare. The Isle of Armor unwittingly explains to the player what they need to accomplish in order to proceed through the DLC. As a result, you don’t feel like you’re being lectured to the entire time.

You can teach certain Pokémon to Gigantamax

While playing the original Sword and Shield games, I was disappointed to learn that one of my favorite Pokémon, despite its species’ potential, could not Gigantamax.

In this case, the solution lies in the Isle of Armor. G-Max potential Pokémon can learn how to G-Max by eating Max Soup. To learn how to make Max Soup and give it to your other Pokémon in the Galar region with the potential to Gigantamax, the major plot of the DLC revolves around Kubfu and Urshifu.

When I learned that in the original Sword and Shield games, Pokémon couldn’t follow you around, I was disappointed. Pokémon Yellow and Pokémon Let’s Go, Pikachu! and Let’s Go, Eevee! had implemented this feature previously.

The Isle of Armor finally made it feasible for my favorite Pokémon to follow me wherever I went, and I was overjoyed to discover this new opportunity. I’ve lost count of the number of hours I’ve spent swapping out the first member of my party and snapping images of my favorite Pokémon following behind me. 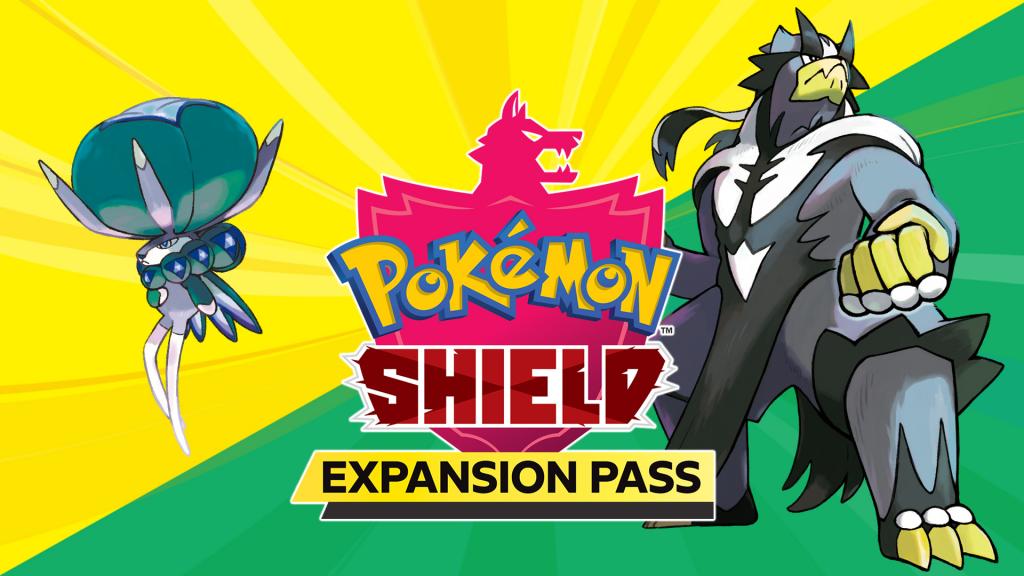 An NPC in the Isle of Armor DLC told me that he had lost his Alolan Digletts near the beginning of the game. His request to collect 150 Digletts startled me. I had expected him to ask for 5-10, but instead he sent me on an extensive Diglett scavenger expedition. My first reaction was to scoff, assuming that Game Freak was simply trying to extend the time players could spend on the Isle of Armor.

Nevertheless, once I began looking for these niggling diggers, I couldn’t stop myself from being engrossed. It was reminiscent of the feeling I get while sprinting about my Animal Crossing island in search of weeds. As a result, I received Alolan Pokémon as a prize for reaching a particular amount of Digletts in the DLC. These new features kept me entertained and interested for quite some time.

Legendary Pokémon Calyrex is the focus of the Crown Tundra’s storyline. He didn’t do anything for me, but fortunately, this cold region is home to a large number of Legendary Pokémon.

Calyrex is not the only Legendary Pokémon to be found in the Crown Tundra’s Max Lairs; the Galarian versions of the three Legendary birds from Generation 1 can also be found there, as well as Legendary Pokémon from previous games if you and your friends explore the cavern together.

Pokémon Sword & Shield Expansion Pass review What I don’t like

Every time Game Freak releases the first set of titles in a new generation, they follow it up with another game. For instance, Game Freak released Emerald shortly after releasing Ruby and Sapphire. After the Sun and Moon, Ultra Sun and Ultra Moon came after them. ‘ As a result, the Japanese developers of Sword and Shield added some additional content to the game. Because of this, it’s a little pricey for what you get.

The primary narratives of the Isle of Armor and the Crown Tundra took me little more than a couple hours to complete.

My time on the Isle of Armor and Crown Tundra was limited, but I was able to complete both tales in a few hours. It’s fair to say that the Expansion Pass battles weren’t that difficult for me because my Pokémon were already at a high level from playing the original game. Having saying that, the Pokémon that Klara and Mustard used were all between 60 and 75 levels, so they won’t be easy to defeat.

In addition to the extra plot aspects, the larger Pokédex and the previously stated Digletts take a considerable amount of time to find. While I appreciate the time and effort put into producing all of these new Pokémon and places, I believe the DLC was expensive for what it offered. However, if catching several Legendaries from past games appeals to you, this game is well worth your money.

The Galar region is made even more accessible to gamers with the Expansion Pass. New narratives involving the legendary Pokémon Kubfu and Calyrex are a major part of these new encounters. Having my favorite Pokémon follow me around as I explore places like the Isle of Armor or the Crown Tundra is a lot of fun.

Pokémon Sword and Shield’s Expansion Pass allows players to use their existing save data from that game to access the new content, unlike previous titles like Pokémon Emerald, Platinum, Black 2, White 2, Ultra Sun, and Ultra Moon, which were separate games set in the same region as the generation’s primary paired versions of Pokémon.

Any time after entering the Wild Area, the player can visit the Isle of Armor and the Crown Tundra, which are accessible from the Wild Area. After completing the Darkest Day or capturing Eternatus, Pokémon discovered in the wild and those held by other Trainers in the expansions often have higher levels.

The player will receive serial codes for the Pikachu Uniform Set and the Eevee Uniform Set as a bonus for purchasing the game. 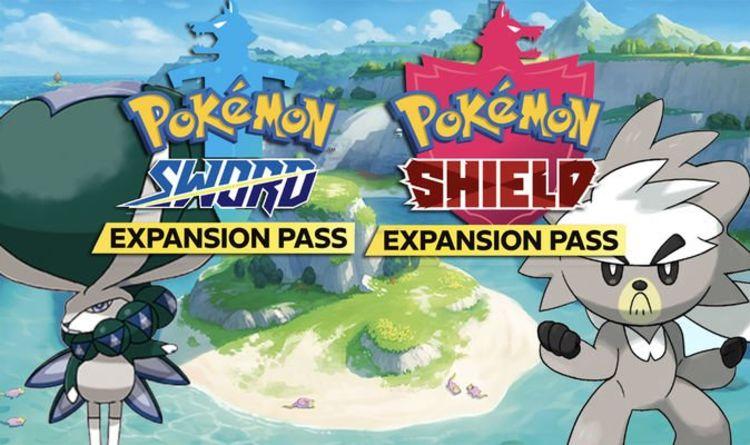 The Isle of Armor

The Isle of Armor is located east of Galar, and is the focus of The Isle of Armor. As a result, they are introduced to Leon’s mentor, Mustard, and a new foe, either Klara or Avery depending on the game. New Legendary Pokémon Kubfu, which evolves into one of two Urshifu forms depending on which tower is cleared in the Tower of Two Fists, is part of this expansion’s roster of new Pokémon It came out on June 17, 2020.

The Crown Tundra, which is located south of Galar, is the setting for The Crown Tundra. Peony and his daughter Peonia are introduced to them. Several new and returning Legendary Pokémon, like as the game’s mascot Calyrex, can be found in this update. On October 23, 2020, it was released (October 22 for some time zones).

What do you get in the Pokemon sword and shield expansion pass?

The Isle of Armor and The Crown Tundra are two new areas in your Pokémon Sword or Shield game that are included in this Expansion Pass. There are two new regions to explore in the Galar region now that Pokémon Sword and Pokémon Shield have been released.

Do I have to buy the Expansion Pass for both Pokémon Sword and shield?

There are two distinct Expansion Passes, one for swords and one for shields. For both versions, you’ll need to purchase an Expansion Pass. Two expansions will be released in the fall of 2020: The Isle of Armor (June 30, 2020) and Crown Tundra (October 30, 2020).

The Isle of Armor and the Crown Tundra can now be explored by Sword and Shield players thanks to this DLC. In addition to battling new foes, there are also new challenges to overcome. In addition, legendary Pokémon from previous games can be captured.