When it comes to making a decision, it’s not simple. A “Pro” badge doesn’t necessarily guarantee that it’s the best option for your needs. If you’re not familiar with the specific enhancements that Sony has made to the regular PS4, this is especially important.

There are no major differences between the PS4 and the PS4 Pro when it comes to the titles they can play. As a result, it’s impossible to choose based on personal preference. It isn’t the PS4 Pro’s ability to play games at a higher resolution (up to 4K) that makes the PS4 Pro stand out from the PS4. Let’s be clear: the PS4 Pro lacks the raw power of Sony’s forthcoming PS5. If you’re ready to pay a premium for the utmost in power and performance, you should acquire the PS5. The PS4 Pro hardware, on the other hand, represents a significant step forward over the standard PlayStation 4, and it is capable of delivering much improved performance and visuals over the standard machine.

There is, however, a price to pay for more advanced hardware. Those on a budget may not think the PS4 Pro’s improvements over the standard PS4 are worth the price premium. As a result, it’s all up to you and what’s most important to you.

Is the PS4 Pro the right console for you? Do you prefer the normal version? Is it better to save up for the PS5 instead of these two outdated consoles?

The price, design, features, graphics, virtual reality performance, and other characteristics of the PS4 and PS4 Pro will be examined in this article to help you decide which console is ideal for you. For those who like the latest and best, we’ve included a section at the bottom of this guide detailing what you’ll get with the PS5 if that’s something you’re interested in.

Even while the thinner PS4 can handle any game, the loss of 4K output on TVs that support it is evident.

Regardless of the version of PlayStation you choose, you can’t go wrong with either one. Playing PS4 games on any of these options will give you a different experience based on where you are playing and what additional devices you have connected to your console.

Take a look at the PS4’s hardware characteristics for each of its three models.

In other words, the slimmer PlayStation 4 is just a more streamlined version of the original PlayStation 4. Only a 1TB hard disk, newer technologies, and improved power efficiency have been included.

With the Pro, things are a little different. Most notably, it has a GPU that is more than twice as powerful as that of the regular and the slim PS4. With the addition of a USB 3.1 connection, an overclocked CPU, and an additional 1TB of storage, it has a greater power consumption because of the improvements in CPU and GPU performance.

The Pro presents a unique set of challenges. More than twice as powerful as both the normal and thin PS4s’ GPUs, it has a graphical processing unit (GPU). With the inclusion of a USB 3.1 connector, an overclocked CPU, and an additional 1TB of storage, it has a greater power consumption because of the upgrades in CPU and GPU.

When it comes to 4K gaming and those 4K TVs that many people now own, Pro has a beefed-up GPU. The Pro, on the other hand, does not support native 4K gaming. Actually, it runs games at a near-four-k resolution and then upscales the image.

In this situation, the difference between this and the original 4K resolution is negligible. Sony’s 4K-capable PS4 Pro is more affordable than the Nvidia GTX 1070 Ti, which is the lowest graphics card capable of running games in native 4K at about 30 FPS, yet that card alone is more expensive than the PS4 Pro.

When we say “launch” prices, we’re referring to the original PS4, which is no longer being produced and is only available second-hand. The costs of the Slim and Pro models have not changed.

Consider the following when deciding which PlayStation 4 model is ideal for you:

Obviously, this is a glaring omission. If you have a 4K television or monitor, then the Pro is the obvious pick. On a 1080p display, though, is it really worth the money? Not at all, according to the simplest definition. Unfortunately, you won’t be able to obtain better visuals or 60 FPS performance with the Pro at 1080p resolution.

Only supersampling, somewhat improved effects, and crisper textures can be seen on a 1080p screen when using the Pro version of the game. However, as compared to the photographs produced by the Slim, these are barely discernible.

However, the PS4 Pro’s boost option does provide games a tiny FPS bump via sheer power, but it is still nowhere near 60 FPS. The issue here is that only the best-optimized games, like Metal Gear Solid V or The Last of Us Remastered, can run at 60 frames per second without a patch.

As an alternative to the HTC Vive and Oculus Rift, Sony’s PlayStation VR was launched at a substantially cheaper pricing point. It’s also less expensive today than it was a few years ago.

PSVR is now supported by every PlayStation 4 model. The Pro’s sole real advantage here is slightly improved visuals. In the end, it’s just like having a 1080p display, and the only difference is a tiny one.

To be honest, for most individuals, the $100 difference in price between Slim and Pro is inconsequential. The Pro’s 4K gaming and streaming features are the only real reasons to invest the extra money.

To save money on the PS4, you may prefer the original 2013 model if you’re looking to get the most bang for your buck. If you’re looking for a used one, you can buy one for a reasonable price.

That said, if you’re thinking about upgrading to a 4K display in the future or think the aforementioned advantages are worth the extra $100, the Pro is the way to go.

There are a number of reasons why a used PS4 can be even better than a new one if you are on a tight budget and want to save as much money as possible. Because they are older, they will be less expensive, but their performance will be identical to that of the PS4 Slim.

PS4 Slim is the updated version of the PS4, with a design that Sony claims is 30% smaller, 16% lighter, and consumes 30% less power than the launch edition. If you already own a PS4 and don’t need the extra space, there’s really no need to get the Slim.

If you want to play Ghost of Tsushima or Death Stranding, though, the Slim is the cheapest barrier to entry. It’s also worth noting that if you don’t currently have a 4K-capable TV or can’t afford one, the Slim is a better option than the Pro.

With a 4K TV and the ability to spend a little extra, you should definitely get the PS4 Pro if you don’t already own one. You can acquire a console that can play games and stream movies in 4K quality for an additional $100.

Is the PS4 Pro worth the upgrade for current PS4 owners? I don’t know how to answer it. Red Dead Redemption 2, Shadow of the Tomb Raider, Horizon: Zero Dawn, Uncharted 4, and Destiny 2 are just a few of the many PS4 Pro improved games. Whether or not you want to play these titles in 4K realism is entirely up to you. The PS4 Pro is naturally larger than the PS4 Slim because of its increased processing capability, which you may notice if you’re trying to place it beneath your TV or into a tight space.

Which is better PS4 Pro or PS4 Slim?

All in all, the PS4 Slim is a decent option for gamers on a budget, while the PS4 Pro is a terrific option for players who want the greatest possible experience on their 4K televisions. If you’re in the market for a PlayStation right now, that is.

Is it worth getting a PS4 Pro over a slim?

A PS4 Pro is a no-brainer if you have a 4K TV, but if you don’t or don’t plan to purchase one, a PS4 Slim will suffice. In 1080p, just a few PS4 games benefit from the PS4 Pro’s more powerful hardware, but both consoles can run all PS4 games. 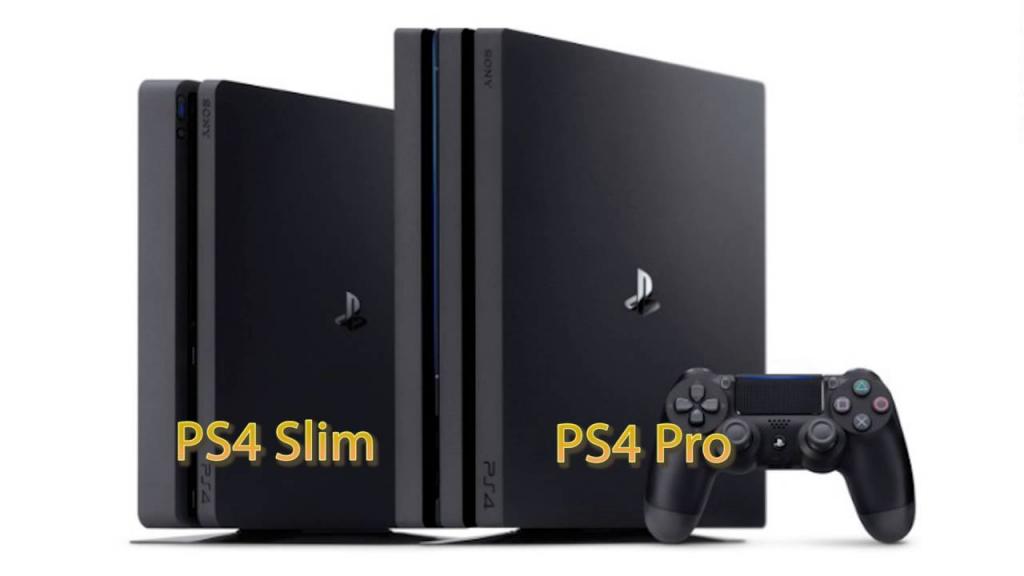 The resolution of 4K televisions is nearly four times that of regular definition televisions (1080p HD). Despite the fact that all PS4 systems have HDR capabilities, only the PS4 Pro system offers 4K resolution. … You don’t have to do anything to get the best possible resolution on your PS4.

If you have a 4K monitor or plan on buying one in the near future, or if you feel the small gains in 1080p performance and virtual reality to be worth the additional cost, then the PlayStation 4 Pro is for you.

If you have a 1080p TV and don’t plan to upgrade to 4K anytime soon, a PlayStation 4 Slim is the way to go.

It’s possible to find the greatest deal on a secondhand original PlayStation 4 if you’re on a tight budget or only want to use the console for a few limited-time exclusives.

As far as I know, you haven’t decided yet. If you have any thoughts, please share them in the section below.