In order to stay one step ahead of your opponent in an auto combat, you must focus on drafting characters.

Auto battlers are a relatively new genre that is still developing and expanding, but there are currently a number of excellent options on PC, mobile, and even gaming consoles.

Lists of the finest auto battler games for PC and mobile will be included in this list, which includes mobile and PC versions of the games.

When it comes to auto battlers, our first suggestion is to use Dota characters and units in strategic group engagements. 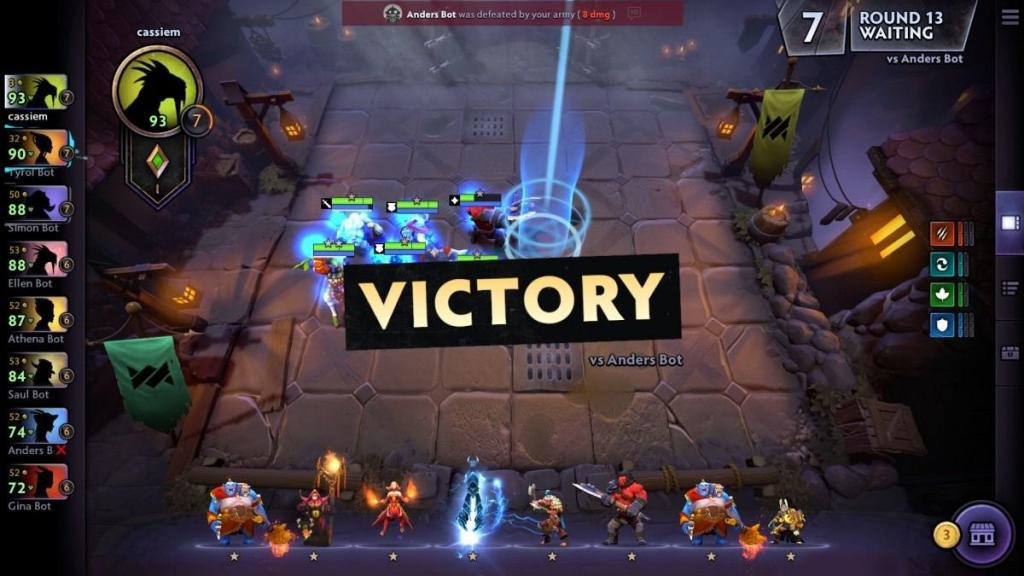 Dota Underlords’ unique items system sets it apart from previous games, allowing players to select from a set of three things after every fifth round, instead of just the first, second, third, and tenth.

On top of that, ‘Underlords,’ which fight alongside players on the battlefield, offer special advantages and bonuses.

Hero and unit upgrades can be made with gold and EXP earned during matches, while stat enhancements can be gained through the usage of consumables.

Windows, Macintosh, iOS, and Android are all supported platforms.

In Riot’s take on auto battlers, the Champions of League of Legends are transformed into formidable minions, each with a particular purpose in combat.

Each battle has you battling waves of enemies while competing against seven other players in a strategic race to build the best team of fighters.

Teamfight Tactics’ drafting system gives players at the bottom of the standings a good chance of making a comeback by giving them the first selection in each round.

Newcomers to the genre will find this game to be a good place to start, despite the fact that the gameplay isn’t as as polished as other auto battlers.

Loading up your hero with formidable weapons and then sending them out into the world to face a variety of challenges awaits you in this game.

It’s possible to cultivate resources for your camp by placing new opponent, construction, and terrain cards in strategic locations as you complete loops.

Unlimited loop paths and a wide variety of character classes will keep you on your toes every time you play.

Windows, Macintosh, iOS, and Android are all supported platforms.

As a card-battling game, Hearthstone Battlegrounds is one of the greatest on PC and pulls from the entire Warcraft universe.

At its foundation, the game is a typical auto-battler, with players battling seven other players in a tavern with their chosen minions.

Minions cost three gold to buy but only one gold to sell, making it nearly impossible to change your team’s makeup.

As a result, gameplay balancing hasn’t yet been perfected because it’s been on the market for a very short period of time.

In this game, you assume the role of a Warlock and lead an army of powerful spirits on a journey through Hell.

During the course of a fight, you’ll have strategic pauses where you can employ buffs and other spell cards to your advantage.

Customization options abound in Hadean Tactics, thanks to the game’s random dungeons, unlocked heroes, relics, and cards, among others.

Like Command & Conquer and Nexus Wars, but with more explosions and mayhem and all in bright pixel art graphics.

For the first time in a tower defense game, Warpips does away with sophisticated micromanaging and instead focuses on selecting the correct team for each mission from a wide variety of units.

A roadmap hints that other game types will be introduced later on, however for the time being the game is only available as Early Access on Steam.

Auto Chess was designed by the original team behind Dota Auto Chess before it was evolved into Underlords and is known to those who have been using auto battlers from the beginning.

Teams can be given a variety of equipment, similar to Teamfight Tactics, which can be combined in a certain order to improve a unit’s combat performance.

The UI and overall architecture of Auto Chess aren’t as refined as other auto battlers because it started out as a Dota 2 mod and went through multiple versions before becoming what it is now.

When it comes to auto battler design, there isn’t much to recommend right now, so we’ll take a risk and offer Royale Age: Battle of Kings as a refreshing change of pace. 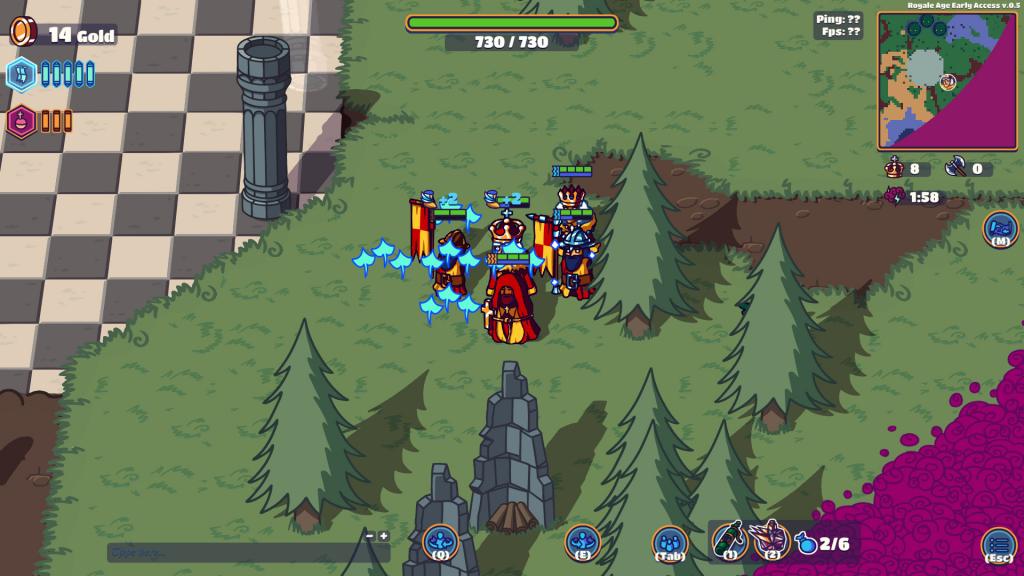 For the most part, you play as a monarch who must gather an army of loyal subjects and wage war against competing rulers on a large PvP battlefield.

A static battlefield is replaced with an interactive map that allows you to move about with your team and surround the king in real time.

When the game was still in Early Access, it had many unique units available, such as the Marksman (Marksman), Knight (Knight), and Plaguedoctor (Plaguedoctor).

Anarchy reigns in Upper Egypt and Lower Egypt shortly after Pharaoh Tutankhamun’s death, as kings vie for control of the Nile and all of its regions.

You take on the role of one of a plethora of different Egyptian gods, each endowed with magical abilities that can swing the balance of battle in your favor.

You can play Sons of Ra alone or with a friend via online multiplayer, which employs a shared screen for both participants.

Godhood is a hybrid of a god game and an auto-battler, allowing you to build an army and lead them into battle.

For the sake of the game, gaining followers is accomplished by going out into the world and fighting your rival’s minions, in turn converting them to your faith.

With auto fighting, disciples carry out their assaults in real-time, but you have the option of assigning their class and leveling up their abilities before each battle.

Charm, dark humor, and a wealth of personalization options make this an enjoyable mix of the two genres.

Windows and Macintosh are both supported.

Roguelike RPG The Dungeon Beneath pits you against hordes of monsters in dark caverns as you put together an all-class party. 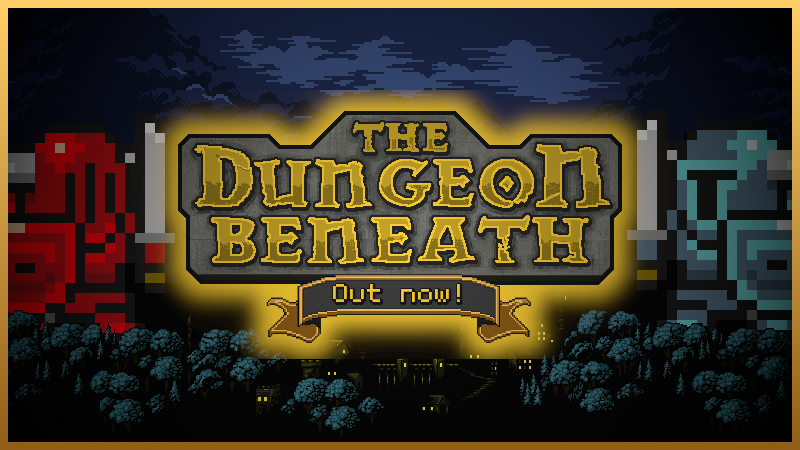 It is possible to earn new artifacts and equipment for your minions at Campfires by successfully completing each room.

In a game with five different heroes and three things per member of the party, there are literally dozens of unique combinations.

Roguelike and auto battler mechanics are becoming more and more prevalent, yet Astronarch stands out because of its unique pixel visual style.’

There are 21 strange heroes, each with a unique feature that can be used in different ways depending on their location and the goods they are equipped with.

Once you’ve achieved your first victory, each of your party’s heroes will receive a unique shimmering aura based on which of the game’s 20 Corruption modifiers they’ve managed to defeat.

As soon as you get past the mobile game presentation of Vivid Knight, you’ll be met with a well-polished roguelike dungeon crawler that also tickles your need for a good old-fashioned auto battler.

Enemies are scattered throughout the Black Witch’s gem prison, which you must explore and conquer to free your comrades.

You can play a bigger role in combat by combining jewels to activate spells and unleash special attacks, although the fight utilizes the normal auto-battling style.

Any duplicate jewels are merged to enhance the stats of that particular hero as you move through the game and rescue jewel heroes.

Despot’s Game, a tactical roguelike that blends auto-battle with bright, expressive pixel visuals, is one of the upcoming releases that we’re most excited about this year. 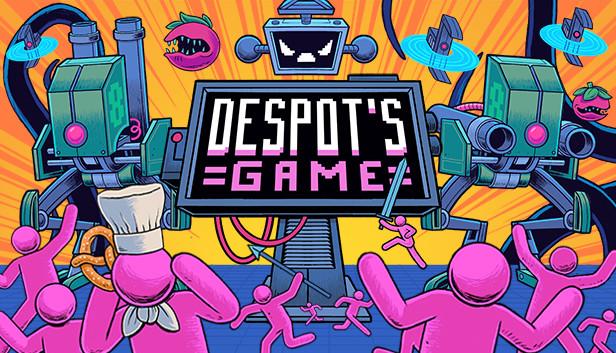 Ascend the weird labyrinth with its seemingly unlimited number of floors in this fighting game developed by Konfa Games and published by tinyBuild.

Assuming a bare-knuckle approach, fighters can assume a variety of roles through the use of various equipment and mutations.

Our curiosity has been peaked by the sheer amount of randomization in terms of equipment, mutations, adversaries and dungeon layout selection in Despot’s Game, but we don’t yet have an exact release date for the game.

AudioClash: Battle of the Bands

AudioClash: Battle of the Bands, a music-themed auto battler that was recently introduced at E3 2021, pits you against seven other players online in a band battle.

Following the selection of four band members from a diverse roster, you’ll be tasked with providing each member’s chosen instrument with a unique set of features and powers.

You get to choose which song the band performs, and each one gives your performers over 50 various powers in battle as the Band Manager.

Combat is similar to a regular auto battler, allowing you to reposition your bandmates in order to get the best turn sequence.

Auto Battler Games can be found here. If you know of any other amazing Android Auto Battler games, please let us know about them in the comments below!