Playing as Ana is a unique experience in Overwatch because of her ability to go between helping her teammates and wreaking havoc on her adversaries with ease.

Ana is a superb bounty hunter and markswoman, and this Overwatch Ana guide will provide you the greatest tips, tactics, and strategies for playing her.

Check out our Overwatch Beginner’s Guide for more helpful hints, including information on hero roles, team composition, and winning strategies.

Ana is one of the more unusual Overwatch support characters to play thanks to her extensive experience in the field.

With long-range projectiles and debuffs like healing/anti-healing grenades and her trademark sleep darts, she may stop an enemy in mid-attack as a sniper character.

Despite Ana’s high damage output, she can only be effective in the battlefield if certain conditions are satisfied and she has a deep understanding of her equipment.

How To Use Biotic Rifle

Ana’s Biotic Rifle is her primary weapon, which may both harm and heal her foes depending on whom she chooses to target during combat.

This weapon has a 12-round clip that can do 70 damage or 70 healing per shot.

At the tradeoff of slower movement, Ana has the option of firing her Biotic Rifle from the hip or using her scope to obtain a better read on her target.

You should know that Ana is a sniper character, but she doesn’t profit from headshots, so just aim for the target. 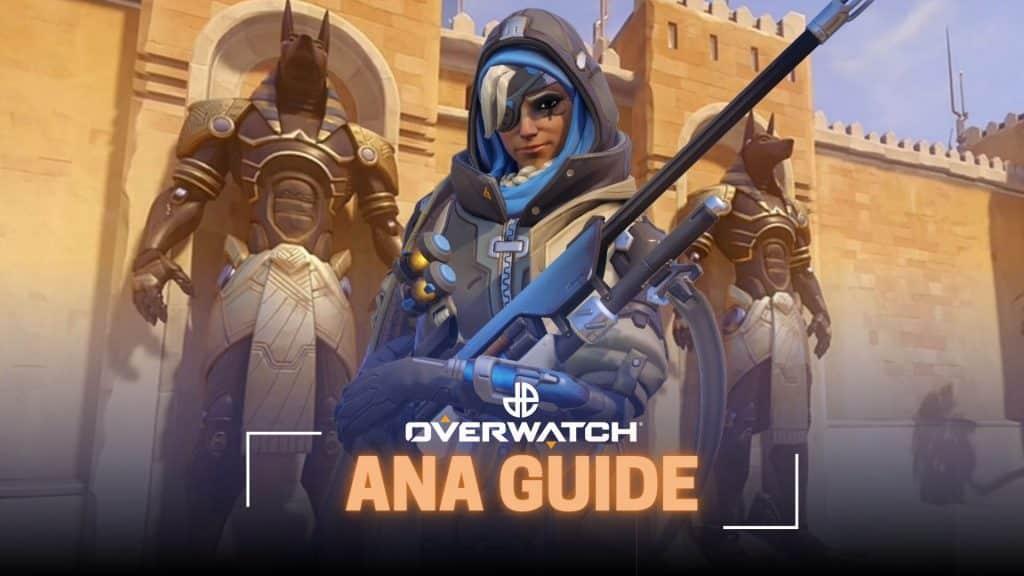 How To Use Sleep Dart

We’ve already seen how Ana’s playstyle differs from that of other snipers in Overwatch, such as Widowmaker and Hanzo.

Sleep Dart is one of her most powerful tools, allowing her to instantly change the course of combat by disrupting her target and compelling them to take a cat nap.

An adversary hit by Sleep Dart will take 5 damage and be rendered unconscious for up to 5.5 seconds until a 12-second cooldown prevents you from using the ability again.

In order to avoid waking up sleeping foes, make a point of telling who you’re going to sleep to Ana and the rest of your team before you do so.

How To Use Biotic Grenade

A strong AoE attack that deals 60 damage to foes while healing friends and Ana herself, the Biotic Grenade completes Ana’s arsenal.

An additional 50 percent healing boost for Ana and her allies is also provided, as well as a four-second delay on enemy healing.

While the Biotic Grenade’s 4m splash radius is quite generous, Ana will be left vulnerable if you use it too often due to its 10-second cooldown.

As a result, it’s one of the best tools in the game and frequently serves as a trigger for major plays throughout games due to its anti-healing effect on the other side.

How To Use Nano Boost (Ultimate)

One of the most interesting Ultimate abilities in the game is Nano Boost: a projectile that hits a target with the ability to heal it for 250 healing and give the target two more boosts.

While Ana’s maximum range is 40 meters, flanking teammates can take advantage of this by selecting an ally to target and gaining an advantage.

For tanks and DPS heroes that are ready to flank or use their Ultimate, Nano Boost is best saved for until the battle is in the final stages of the fight.

As a backliner, Ana loves to be able to heal her teammates from afar and whittle down enemy health bars or put them to sleep from afar.

There are times when she needs to get out of harm’s way quickly, and her Biotic Grenade can be used to do just that.

Playing her as a support hero, she can have an impact on the outcome of battles so long as her teammates build off her actions.

Which Heroes Combo Best With Ana?

This means that Ana’s play style is more complex than that of other support characters, requiring players to have a high level of accuracy that some simply lack.

Ana’s other abilities, which are best used at a distance rather than up close, make it difficult for her to engage in close combat when Biotic Grenade is on cooldown.

Finally, she and her squad will swiftly disintegrate if she isn’t constantly healing and instead focuses on damage, especially as Ana is outmatched by other snipers and most DPS heroes.

Which Heroes Does Ana Struggle Against?

As a newcomer to Overwatch, we recommend avoiding Ana until you have a better grasp of its mechanics, hero roles, and map structure.

However, after you’ve mastered the basics, you’ll discover that she’s one of the most inventive and versatile supports in the game. 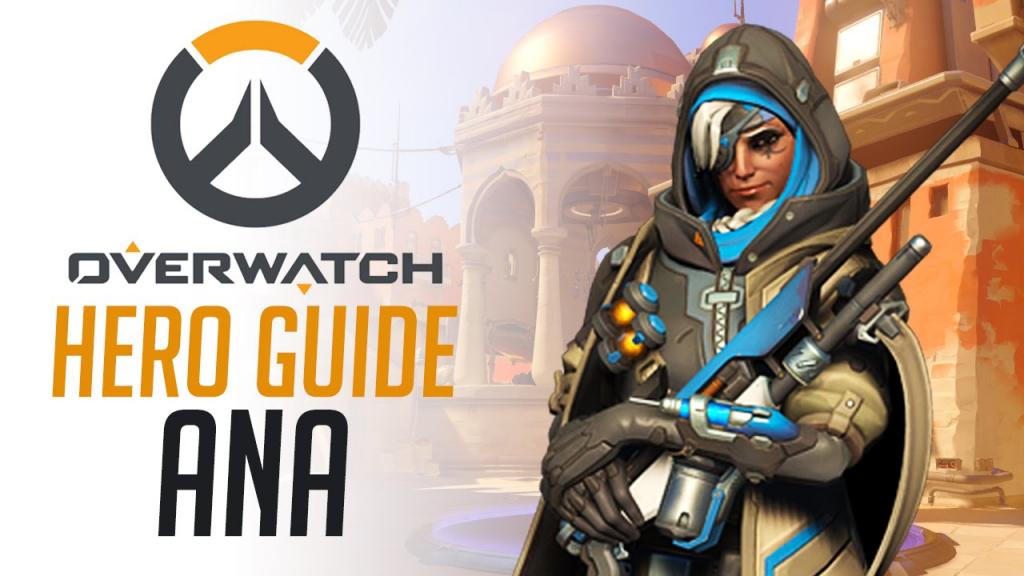 Ana’s play relies heavily on the cooperation of her allies, therefore communication is critical. However, these tips can get you a long way as well:

Use The Sleep Dart Sparingly

When used correctly, Ana’s sleep dart disables the Ultimates of her opponents for 5.5 seconds. Sleep dart, on the other hand, has a 12-second cooldown and should only be used when absolutely necessary. Also, keep in mind that the sleep effect of the dart breaks if the target takes damage, so it’s preferable to use it on adversaries who aren’t being pounded by bullets.

The temptation to take out as many enemy heroes as possible with Ana’s sniper skills is understandable, but remember that she is a healer first and foremost. Under heavy fire, Ana’s potent healing skills are an invaluable tool that should take precedence over her ability to inflict harm on the enemy.

Use Your Nano Boost Tactically

During Ana’s Ultimate ability in Overwatch, Nano Boost, her team’s damage is increased while their incoming damage is reduced. With active Ultimate abilities like Soldier: 76’s Tactical Visor, Roadhog and Whole Hog or Reaper’s Death Blossom, it is most effective when utilized on offensive and tank teammates.

Although the Biotic Rifle, Ana’s primary weapon, can be immensely effective, there are also some restrictions. Ana’s position will be revealed by a bullet trail left by a scoped shot, for example. Unsighted shots, on the other hand, have a travel time but are nearly undetectable by the enemy. Be aware that Ana’s bio-rifle is similarly ineffective in taking out crucial heads so stick with body shots instead.

Cause Chaos For Enemy Teams With Biotic Grenades

In addition to healing Overwatch friends, Biotic Grenades are an effective weapon since they prohibit adversaries caught in the blast from healing for a short period of time. Biotic Grenades are very effective against characters like Roadhog or Soldier: 76 who have the ability to repair themselves. Zenyatta’s Transcendence Ultimate ability prevents him from healing teammates nearby if he is hit by a grenade blast while utilizing it.

Darts that can be used to heal allies or harm opponents are used by this character. Additionally, she possesses Biotic Grenades at her disposal, which can both heal her teammates and harm any nearby opponents. Enemies can no longer be healed by the grenade and allies receive a temporary boost in healing.

Our Overwatch experts believe that this ability will be extremely useful in combat. The Sleep Dart, which she fires from her sidearm, disables adversaries but does not kill them, adding another form of stunned damage to Overwatch.

For her final ability, Nano Boost, she can grant a boost to comrades’ speed as well as their defense against attack and damage. Interestingly, our Overwatch Boosting team was almost convinced that the new character would be named Sombra before he was announced. Ana is a support sniper, she vanished after Overwatch’s demise, and she is Pharah’s mother. We have a solid analysis of why it would be. Our OW boost team, on the other hand, got everything else wrong. Congratulations, Blizzard, on a fine job. 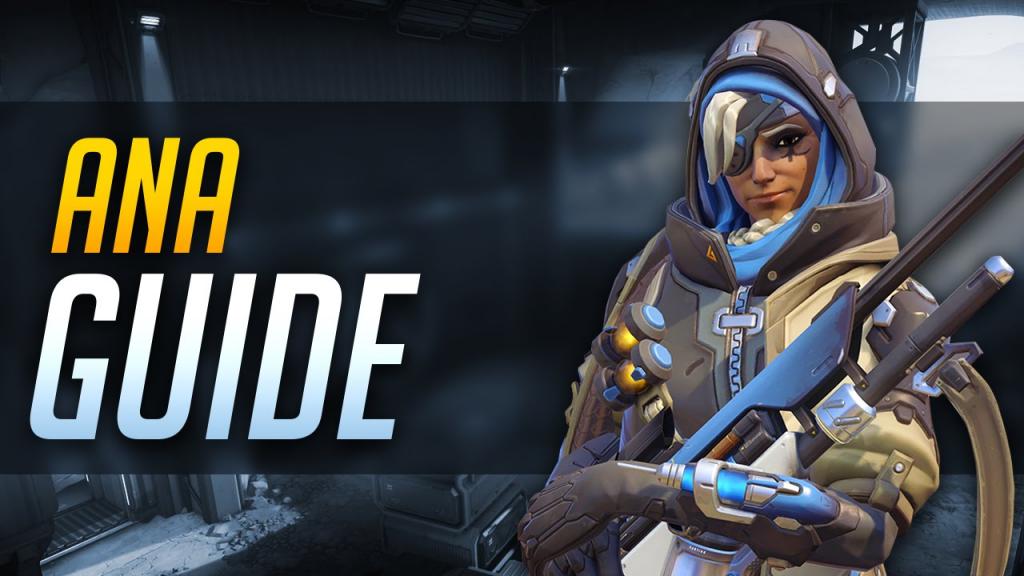 The finest healer in Overwatch and other first-person shooters, Ana is a no-brainer for players at the top of their game. In terms of damage output, her skillshot-based healing rifle does a lot without doing too much damage, and her Sleep Dart is a wonderful way to shut down enemies’ ultimate attacks.

How much does Ana heal per shot?

Is Ana a sniper?

In Overwatch, Ana is one of the game’s most unique characters. In spite of her versatility, she is tough to play well because she is both a healer and sniper.