A couple of things will happen when you initially begin playing Anthem. You’ll likely smash into a tree or rock as you learn the ins and outs of flight at first.

When you’re in combat, you’ll quickly discover how ineffectual your weapons can be. This is due to the fact that Anthem has a unique fighting system compared to other shooters.

In Anthem, class-specific skills take precedence over firearms. What’s more, each Javelin’s skills have key effects that can be used in tandem with teammates to trigger combos. We’ve put up a list of tips and tricks for those who are new to the game.

In Anthem, the most important concept is the combo system, but the game doesn’t do a good job of teaching how to use it.

For this reason, you can rely on us to provide all of the information you require in order to deal enormous amounts of damage and dispatch your opponents with ease. Our other Anthem guides are also worth a look:

When it comes to combat in Anthem, talents are frequently more effective than weapons. For example, taking down an enemy shield or using your skills when they’re on cooldown, firing a gun might be incredibly beneficial. 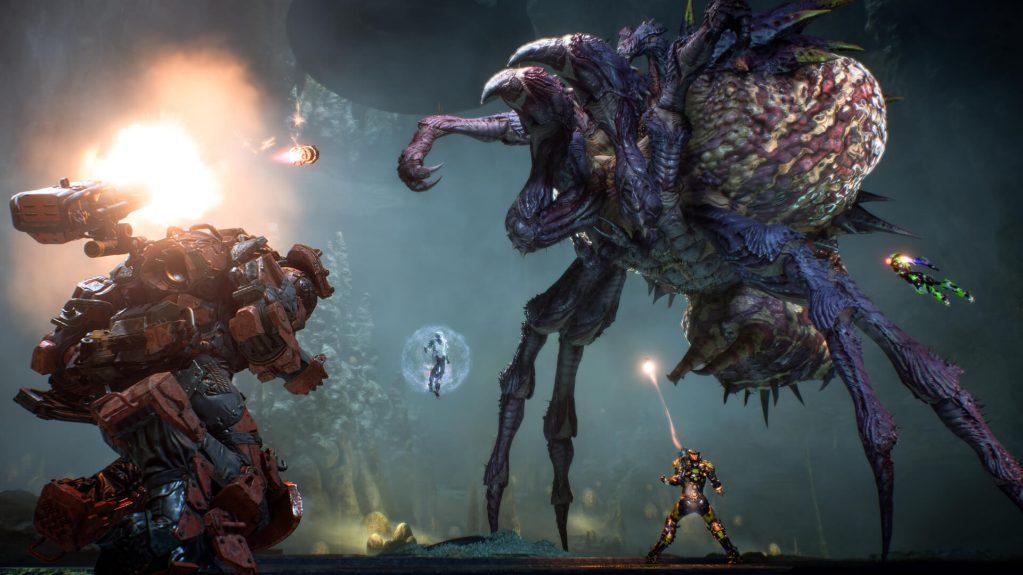 In spite of their importance, skills are not all very good at doing damage in the game. Primers and Detonators are the two main types of abilities, and we’ll go over them in more detail below.

In the event that an adversary is hit with a Primer, they will suffer a negative impact. The Primer’s elemental type affects them.

Any Detonator ability that hits a target that has been primed will cause an explosion, which increases the damage and triggers a combo.

Each Javelin also has a distinct effect when combining their abilities. All four of these characters have unique abilities that allow them to do massive single-target damage, while the Interceptor has an aura that freezes, burns or poisons around adversaries.

It will take a lot of practice to become proficient at timing your combinations and collaborating with your teammates. Combos, which are critical in the game’s final bouts and enhance the combat experience, are well worth the time investment.

Now that we’ve covered what Primers and Detonators are briefly earlier, let’s take a closer look at them.

We’ll simplify things by using a ring with a circle within to represent Primers, and a four-pointed star to represent Detonators, as the game’s symbols can be confusing.

Attributes of a status effect are shown above an enemy’s health bar when they are hit with the Primer.

Primers’ primary function is to inflict status effects on opponents, not deal physical damage. A Colossus or Ranger’s activation of a detonator, on the other hand, results in devastating consequences.

Some abilities, like as the Ranger’s Spark Beam and the Storm’s Flame Burst, don’t fit well into either of these categories. The output damage of a strong combo, on the other hand, is unassailable by abilities like this, even if they inflict more damage than Primers and Detonators alone.

You’ll also notice four other symbols, which represent the various elemental types of abilities: Fire, Frost, Acid, and Electric, aside from the ones for Primers and Detonators. Over time, the enemy is burned and suffers more damage as a result of the fire. The enemy’s movement is slowed to a standstill by ice.

Damage can be done to enemies more easily since acid weakens their resistance. Enemies are shocked, and the shock causes them to infect others in the vicinity. For skills that deal Blast damage, there’s a diamond icon, and for Kinetic, there’s a crosshair icon.

Combined with the Interceptor’s ability to cover itself in an elemental aura that may be deployed on adversaries, these two Javelins are ideal for priming several targets fast.

A detonator ability can be used immediately after a target has been primed, but there are also ways to maximize the Primer’s elemental effect.

An electric Primer like Shock Burst can be used by a Storm player on an adversary and the status effect passed on to other foes around before a Detonator ability is activated by another player. Higher damage thresholds mean that weaker adversaries will be wiped off as well.

Anthem’s more difficult challenges necessitate a thorough knowledge of your javelin’s capabilities before you can take them on. Learning how to use your javelin in a way that complements the other movements you have can offer you an advantage in fight, but there is no right or wrong method to do it. You can quickly and reliably take out some of the more difficult adversaries that stand in your way if you use the appropriate combination of moves.

In order to perform combos, you need to know the following:

Higher-level, shielded adversaries will take more time and elemental damage to prime, while lower-level foes can be primed rather quickly.

A detonator ability will set off the chain reaction once an enemy has been primed and the elemental debuff has been applied. Depending on whatever Javelin you use, the outcome will be different:

Some of the most difficult material in the game may be found in strongholds on the hardest difficulty setting. To succeed, you’ll need to coordinate with your team to set up the best possible combination, protect teammates from harm, or use special skills to open doors.

To draw enemy fire, a Colossus can utilize Battle Cry, which allows for flanking. Suddenly the Interceptor sees an opportunity to dive in with their double-bladed daggers, and this sets off a chain of events.

One of the pillars of advanced play is planning out your encounters to play to your squad’s strengths.

Strongholds and Legendary Contracts will be the focus of your attention once you reach the level cap. You’ll also be able to play Grandmaster levels 1, 2, and 3 now that you’ve completed the game. Rarity-rich gear is vital for creating powerful loadouts with the best possible bonuses, and you may find it at the more tough difficulty settings. 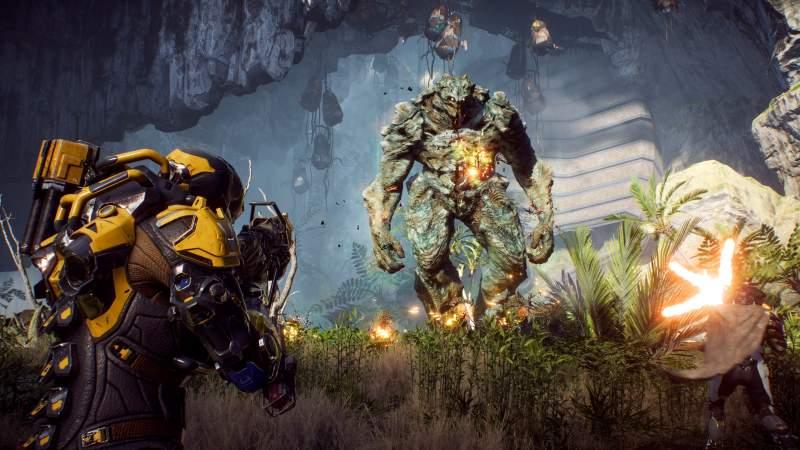 Naturally, the more rarity tiers you have, the more powerful you become. Inscriptions, random stat boosts, and bonuses can also be found on rarer items, which further enhances your build. Up to four inscriptions can be placed on items at the rarer end of the rarity scale.

Additionally, Masterwork and Legendary items may have additional boosts to their abilities (these show up as orange text in their description).

At this stage, you’ll spend a lot of time looking for the right equipment, but it’s vital to remember that there is no single build that will meet all of your requirements. Having different loadouts saved at the Forge will allow you to rapidly switch between them. The best strategy is to keep a wide variety of loadouts on hand, and experiment with your talents to uncover fresh ways to defeat even the most ferocious foes.

Every item of equipment or weapon you find won’t be perfect for your purposes. It’s up to you whether or not you want to continue hunting for the right piece or turn to making. Nodes that can be harvested for crafting materials can be found by disassembling gear you no longer want or need or by exploring the world.

The item of your choice can be made with the right supplies. In order to unlock blueprints, you’ll need to complete challenges, which you can track in the menu. As you near the finale, unlocking higher rarity versions will let you create the gear that can make the difference between success and failure.

As a Javelin player, you should be aware of your strengths and weaknesses before taking on the most difficult opponents. To unleash devastating combinations, you need to understand how your Javelin works and how its movement may help you perform your weapon attacks more effectively.

When it comes to defeating harder foes that are adept at evading strikes, the perfect mix of moves and attacks can be extremely effective.

In order to perform combos, you need to know three things:

A shielded monster that requires more elemental damage to prime is more difficult than priming lower level adversaries. The detonator ability will activate the combo once you have primed an enemy. Depending on whatever Javelin you use, the outcome will be different:

Anthem’s complex combat relies heavily on strategic planning to make the most of your team’s advantages. Strongholds of higher level require more than physical force to overcome.

As part of a squad, you can communicate to plan the ideal combo, shield your teammates from enemy fire, or utilize your key skills to create openings that allow other team members to unleash high-damage attacks.

As an illustration. Using the Storm Javelin to set up groups of foes and the Interceptor’s double-bladed daggers, the Interceptor can dive in and start combos. Additionally, the Colossus can utilize Battle Cry to deflect enemy fire and create flanking opportunities for its teammates.

At the point where you’ve surpassed level cap and are considering taking on Strongholds and Legendary Contracts, Grandmaster 1, 2, and 3 are now available to you. These more tough difficulties give you a better chance of finding rare and crucial items that can be used to create powerful loadouts and provide a variety of other benefits.

There are six rarities of gear: common, rare, epic, masterwork and legendary. Each tier gives you more power than the one before it. As a bonus, rarer fear offers inscriptions, random stat boosts, and other goodies that can help you grow your character.

It will take a significant amount of time to choose the best equipment for your needs. Be aware that there isn’t a build that’s perfect for everyone. This is where you’ll need to have a variety of loadouts on hand for various battle situations.

At the Forge, you can store a variety of different loadouts. Allows you to swiftly switch out your gear before you leave the house. In order to be prepared for any situation, it’s best to keep a range of loadouts on hand and experiment with your abilities to uncover fresh ways to defeat even the most ferocious adversaries. 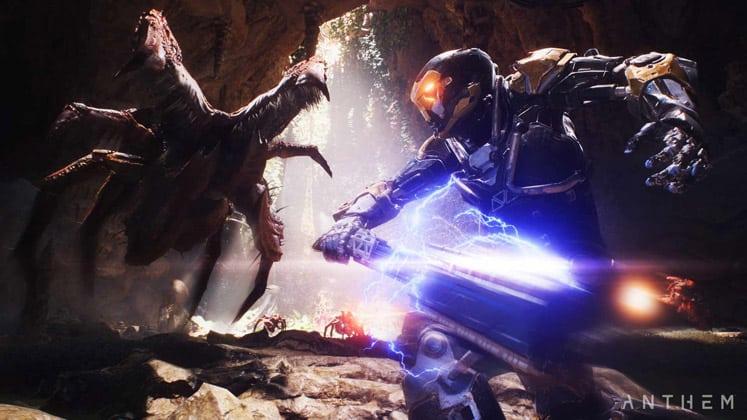 Anthem’s weapons and armor aren’t all exactly what you’re looking for. It’s up to you if you want to keep looking for the right piece or make one yourself. You can either disassemble old gear or look for nodes where you can gather resources for crafting.

You can make the item you require if you have the right supplies. It is possible to track your blueprints in the menu after completing tasks. For more information on crafting in the game, check out the Anthem Crafting Guide.

Is Anthem a good game?

However, despite Anthem’s impressive abundance of content, the game was ultimately doomed due to its numerous flaws. A hot-button issue in the gaming community is live service games.

What are combat triggers in Anthem?

The combination of Primers and Detonators in Anthem

Can I play Anthem solo?

Yes, Anthem may be played as a single-player online game. For those who prefer to play on their own, BioWare has included a solo mode.