ASUS MG279Q Review. Everything You Need To Know

There are many gamers looking for an affordable mid-range monitor that can provide both a fast refresh rate and beautiful images, and that’s exactly what you’ll get with the Asus gaming monitor.

The marketing of particular displays as “gaming monitors” has been going on for a long time, thanks to characteristics like special image modes, overdrive, and stylish design. However, a refresh rate higher than 60Hz is required to appeal to gamers in the truest sense.

LCD panels, on the other hand, were fixed at 60Hz until a few years ago, but many CRT displays could be driven to higher rates. With its VG248QE, which we reviewed nearly two years ago, Asus was the first to mass-market a 144Hz panel at 1080p resolution, and the monitor is still available for purchase today.

One common denominator was the use of TN technology, which led to a slew of copycats. When it came to gaming, the six-bit color depth and quick panel response of TN panels were appealing, but consumers desired the better image quality and wider viewing angles offered by the industry’s preferred flat-panel display. With QHD (25601440) displays now available from Acer and Asus, the scene has completely shifted. 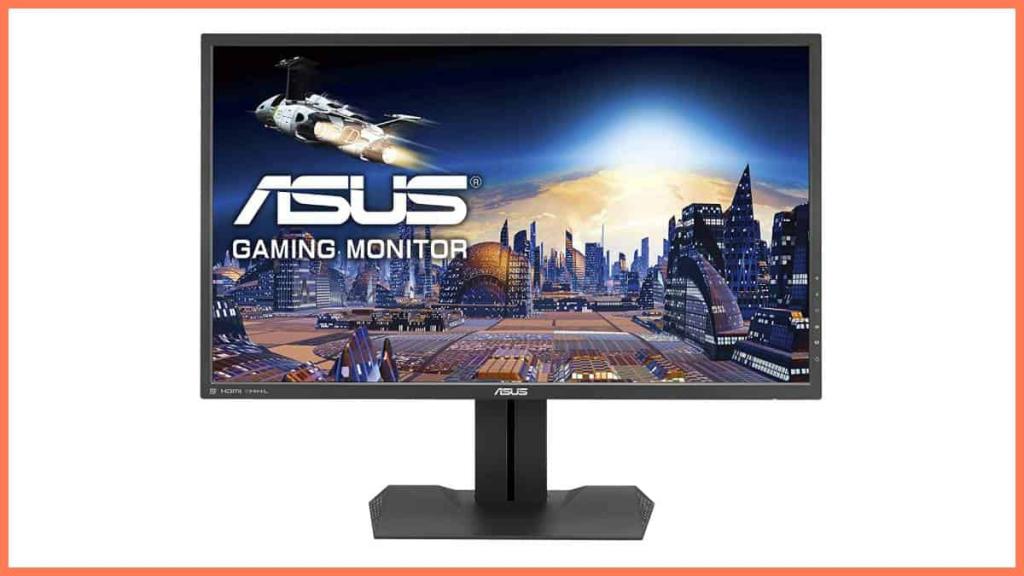 If you don’t have a lot of money to spend on a gaming display, you’ll have to make some sacrifices.

If you’re looking for a monitor at the lower end of the price spectrum you’re going to have a hard time finding one that balances price, graphics, and performance.

The Asus MG279Q is a good example of this. In addition to being affordable and sporting an attractive screen, it also offers a number of handy add-ons.

To get a better understanding of this monitor, we’re going to take a deeper look at it today.

With adaptive sync, the comparison with Swift and the application of the technology becomes a lot more involved.. Screen tearing can be eliminated thanks to adaptive sync, which adjusts the refresh rate to match the output of your graphics card. Unfortunately, AMD’s FreeSync technology still has a few kinks to work out, as we’ve known for some time. To begin with, FreeSync is currently incompatible with response-improving overdrive technology. With FreeSync enabled, you’ll notice a lot of inverse ghosting.

In fact, the MG279Q manages to deal with the issue thanks to a wide range of modifications for the overdrive setting, which can be reached using the excellent Asus OSD interface. When the opacity is reduced to its very minimum, there is almost no ghosting, but there is a lot of blur. If you turn it up to the highest, the ghosting is very horrifying. At a 40 percent opacity, the blurring is acceptable, and there is no discernible ghosting.

Next, the FreeSync is restricted to a maximum refresh rate of 90Hz in this implementation. Some of the smoothness benefit from high refresh rates can be reaped from that, but not all. Adaptive sync, on the other hand, might be argued to have little value once you’re clocking in at more than 100Hz. For those with powerful graphics cards, operating at maximum 144Hz reheat and disabling FreeSync may be the solution.

One thing to keep in mind is that FreeSync requires an AMD GPU, whereas G-Sync displays like the Swift require Nvidia GPUs. With displays being such long-term investments, we’re wary about a GPU vendor lock-in that could be problematic. It’s not Asus’ fault, of course. However, it’s something to keep in mind.

However, you don’t have to pay an additional fee for the FreeSync feature. It’s still a great deal if you regard the Asus MG279Q as just an IPS screen with a refresh rate of 144 Hz. Is this the best gaming monitor ever?? Possibly so.

The MG279Q is a top-of-the-line gaming laptop. With its 144 Hz refresh rate and 4 millisecond (gray to gray) pixel response, my PC gaming Crysis 3 tests showed no perceptible ghosting or blurring in its excellent motion handling. My Sony Playstation 4 tested the same results as the PC version of Grant Theft Auto V. The colors seemed vibrant, and the level of visual detail was impressive.

Contrary to expectations, the MG279Q’s color fidelity was a little off. While red and green colors (represented by the colored dots) fall short of their ideal objectives (shown by the boxes), blue is a little further off. As a result, no tinting or oversaturation of colors could be detected. DisplayMate’s 64-Step Gray-Scale test indicated no loss of brightness or color shift when viewed from an extreme angle with the IPS screen.

Even though the MG279Q wowed us in our gaming testing, AMD’s FreeSync technology nevertheless helped it out. During my testing of Crysis 3 and Call of Duty: Black Ops, I had no screen tearing with FreeSync disabled, but quick action scenes looked better with FreeSync enabled. The panel’s 27.4-millisecond input lag is acceptable, but it can’t compete with the BenQ XL24309.5-millisecond T’s lag time.

AMD’s G-Sync anti-tearing and smoothing technology is called FreeSync. Screen tearing is an artifact that happens when a display with a fixed refresh rate attempts to keep up with the graphics card’s frame rate. A split-screen effect occurs when the monitor shows two frames at the same time because of tearing. Additionally, motion chop and input latency are greatly reduced by both corrective methods (the time it takes for the monitor to react to a controller command). Monitors equipped with G-exclusive Sync’s GPU refresh rate control feature use a separate proprietary module, whereas those equipped with FreeSync’s display port adaptive sync use a widely accepted industry standard to regulate the display’s refresh rate. For FreeSync to work, you’ll need a DisplayPort Adaptive-Sync monitor, an AMD Radeon graphics card, and the Catalyst Control Center software and drivers from AMD.

Starting from the outside, let’s get started. Whereas more and more gaming monitors include eye-catching red accents and razor-thin bezels, the MG279Q keeps things simple with a more traditional design. 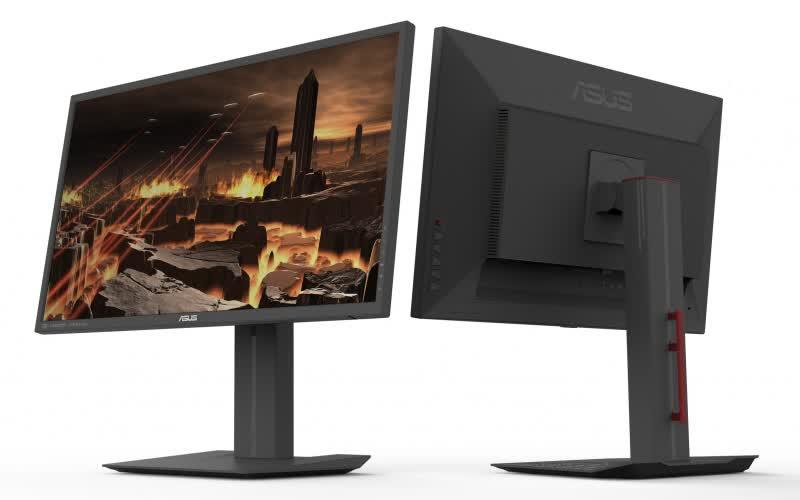 Because of the monitor’s matte black frame, it may easily be hidden in any setting. There is no right or wrong answer to this question.

Players have different preferences when it comes to the outside design of their gaming devices. There’s nothing wrong with this place if you fall into the latter category.

That being said, the design and functionality of the monitor’s stand show that it’s still a gaming display. The base’s angular shape immediately screams “gaming” without being overbearing about it.

Functionally, the stand is stable and can be adjusted for height, tilt and swivel/pivot in order to meet the needs of a wide range of users.

Of course, it’s a VESA stand, and the monitor may be mounted to any 100x100mm VESA bracket. When it comes to changing out the stand or mounting the monitor to a wall, you won’t have to look far.

The display is the final and most important component of any monitor. The screen of the Asus MG279Q is excellent.

For gamers, this is the kind of monitor they’ve always wanted to play on, thanks to its 144 Hz frame rate and high-quality QHD display, which features an outstanding IPS panel for color accuracy.

With an IPS panel, you can expect response time to be 4ms, which is slower than a TN panel.

Furthermore, the MG279Q’s viewing angles are excellent, its brightness and contrast are perfect, and its backlight bleed is minimal.

If you’re upgrading from a lower-quality panel, you won’t have any complaints regarding the quality of the black, white, and color uniformity.

However, the display does not support HDR, a feature that has been increasingly popular in recent years. In comparison to televisions, monitors don’t have it quite as often yet.

However, this is a 2015 monitor that will still look great in 2022 and is quite reasonably priced.

The MG279Q uses AMD’s FreeSync technology for adaptive sync, much like any other high-refresh rate monitor.

Due to license and hardware costs connected with adopting Nvidia’s version on adaptive sync, G-Sync monitors end up being much more expensive than FreeSync ones.

A common complaint about FreeSync implementation is that it is less smooth than G-Sync.

In particular, the MG279Q’s use of FreeSync is notable because it normally only works within a certain distance.

Only 35-90 Hz works for this monitor’s FreeSync, therefore it’s not available if the FPS exceeds 90. V-Sync is the only way to avoid screen tearing if you’re constantly pushing the frame rate past 90.

This is a great display, but FreeSync isn’t quite as well-implemented as we’d like, so it’s an area of weakness.

Stereo speakers with an RMS of 2 watts are included in the Asus MG279Q. Monitor speakers are nothing spectacular, as is the case with most of them.

They’re still useful when you don’t want to wear a headset while watching a YouTube video.

For movies and games, integrated display speakers aren’t going to cut it, and even cheap desktop speakers can give greater audio than they ever could.

Is ASUS a good brand for gaming monitors?

ASUS displays are some of the greatest gaming monitors we’ve evaluated because of their focus on gaming. Excellent craftsmanship. ASUS monitors are generally well-built, with a few outliers. Ergonomics are top-notch.

Using the MG279Q display with an Nvidia Geforce video card? Then follow these steps. “GSync (Compatible)” and the monitor’s Freesync feature are used in these instructions. 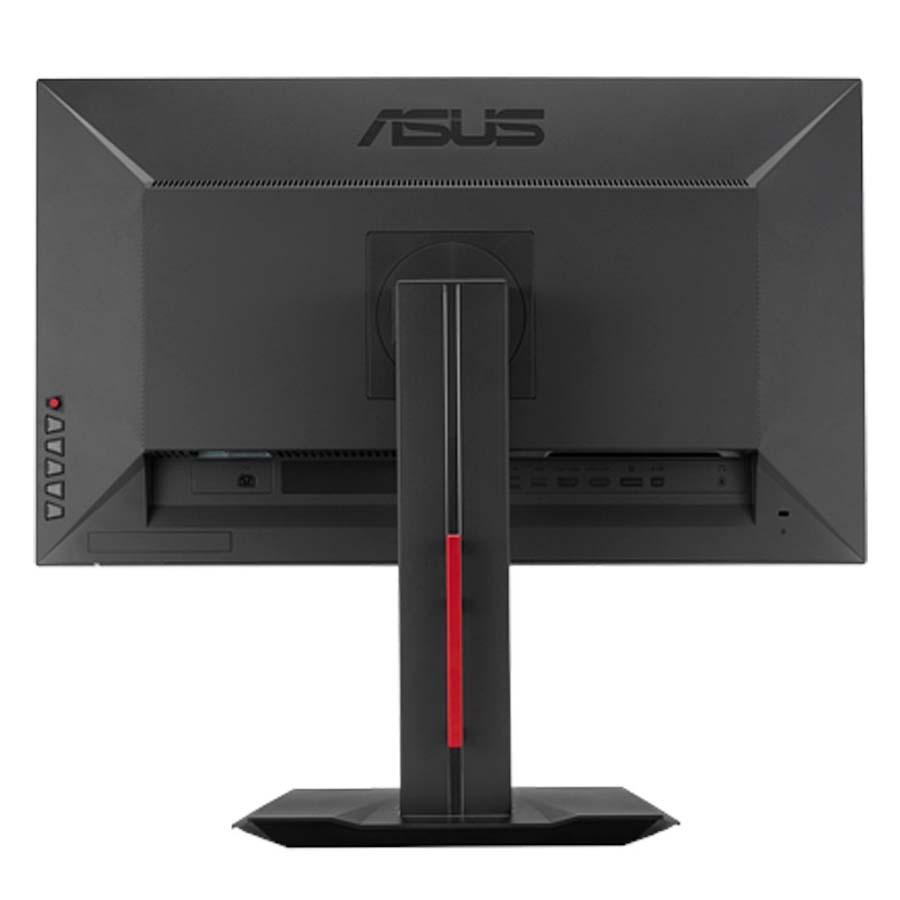 For gamers who don’t want to sacrifice performance for greater aesthetics or vice versa, the MG279Q is an excellent display.

As a result of these features, gamers may enjoy a smooth and responsive gaming experience while still enjoying vibrant colors and wide viewing angles.

The GameVisual function from Asus, on the other hand, lets the user swiftly switch between several presets depending on the monitor’s intended purpose.

The flicker-free display also has a low blue light option for lessening eye strain while using the monitor for extended periods.

This is further supported with a top-notch, fully-adjustable stand, as well as a design that strikes the appropriate mix between gaming and everyday life.

In the end, the MG279Q’s primary problem is the lack of FreeSync implementation, which feels like a waste given the monitor’s overall quality.