Have you ever wished that you could invent your own anime hero or heroine? If so, Jump Force is the best choice for you. Many anime-inspired haircuts and eye styles are available for gamers to choose from.

You can choose from a number of looks, mouths, voices, and more in the vast customization choices. Consider all the other costumes and accessories you can buy, and things get even more intriguing.

Both the visuals and character creation possibilities of Black Desert Online are top-notch. This is further enhanced by the fact that every single character class has its own model and customization options. 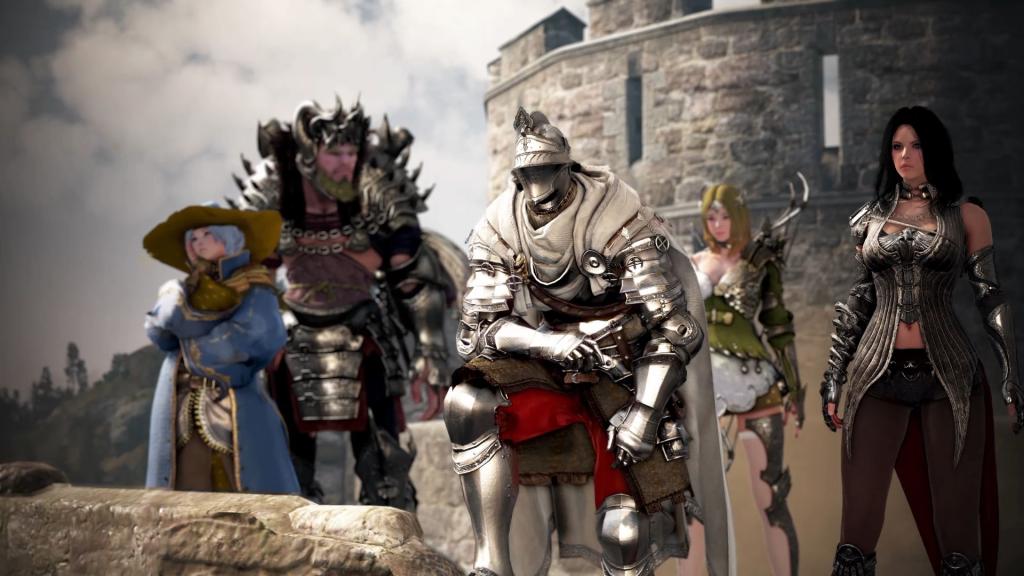 Character creation in Dragon Ball Xenoverse and Xenoverse 2 isn’t as robust as in other games, but it still gets points because it enables fans make the characters they want. Characters from the Dragon Ball series.

Pre-made templates with conventional faces, sizes, forms, colors, and voices are the only options available in the character creation tool. Players, on the other hand, are free to combine these in any way they see fit.

More than a few characters are also based on other characters from the series.

However, despite Sega promising a Western release for Phantasy Star Online 2 in 2013, many gamers have been able to enjoy the game’s full potential thanks to an unauthorized English patch, which includes character creation.

There are no issues with the anime aesthetic, even when a character’s physical shape is drastically altered, thanks to Phantasy Star Online 2’s extensive character customization options.

Create-a-Sim in Sims 4 is the best yet, allowing you to customize your Sim’s face, body, and attire to fit your preferences for various occasions.

To begin with, you can get a sense of your Sim’s personality and ambitions before he leaves for the real world.

Windows, PlayStation 4, Xbox One, and Nintendo Switch are all supported.

When you first start playing Warframe, there isn’t much customization available until you’ve put in a few hours of playtime (and perhaps purchased some Platinum, the game’s top coin).

More and more skins and other accessories are being added all the time. Each one comes with its own set of color slots and options for tint and energy output.

Using the game’s design tools, you may create custom icons for your character’s back and chest, as well as apply an aura to your armor, and color your firearms.

A variety of sliders and more detailed customization boxes provide some wiggle room for adjusting the program’s default settings.

If you’re willing to put in the time and effort, you may end up with a completely different-looking character from the one you started with.

Cyperpunk 2077’s character creation interface isn’t one of the many things that could be wrong with the game.

With the exception of secret components, players can adjust nearly every aspect of their appearance using the game’s sliders and choices.

For a more customized experience, you can also establish your character’s “Lifepath” (essentially their backstory) and allocate attribute points, key skills, and natural abilities.

Despite being in Early Access on Steam, Baldur’s Gate 3 has the potential to become one of the best games for character customization. 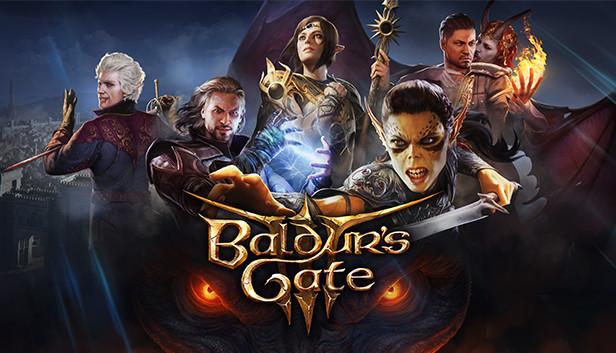 Despite the fact that there is presently no way to create faces, there are a wide number of female and male alternatives, as well as a wide variety of haircut, makeup, and tattoo options.

In spite of the fact that each race has a limited number of skin, hair and eye color options, the game allows players to explore the complete range of options and get extremely particular in their D&D games.

It is one of the most extensive character creation tools, allowing you to fine-tune your character’s hairstyle length and apply highlights to your character.

There are alternatives for limb proportions, facial shaping, as well as minor details like the shape of the nose and eye, as we advance to the body.

With BDO’s stunning pictures, you’re sure to come out the other side with a charismatic character ready to take on any challenge.

In spite of the game’s unappealing aesthetic design, Bloodborne has an impressive range of body and facial options.

Bloodborne’s dark fantasy backdrop lends itself well to the creation of frightening and attractive avatars, and this feature makes it simple to do so.

Using the game’s presets and your own inventions from the past, you can create new faces similar to those in Dark Souls.

The character generator in Fallout 4 is so good at creating realistic-looking humans that it crosses the line into the creepy. ‘

Before deciding on a gender, you can create a male or female character. Your spouse is the one person you can’t control.

The software allows you to alter the character’s appearance by adding or removing scars, blemishes, and different hairstyles and forms of facial hair.

Windows, PlayStation 4, Xbox One, Nintendo Switch, and Linux are all supported.

An issue that many game designers have is that they restrict their character possibilities to just one face. Afterwards, it is attached to a very generic body form.

The character customization system in Saints Row 4 is unique, with triangular sliders labeled “Slim,” “Fat,” and “Muscular” on every corner.

In addition, the game’s clothing options and tools allow you to further customize your appearance, including the option to wear nothing at all.

Soulcalibur VI’s character creator is better than it should be in addition to creating some of the most visually appealing combatants ever.

Players may mix and match different items and be quite exact about where they go on the character’s body thanks to the game’s extensive accessory and costume systems.

There are some surprisingly accurate recreations of popular movie characters and some gruesome pop culture personalities possible with this technology.

Windows, iOS, and Android are all supported platforms.

Blade & Soul, like many MMORPGs, offers a wide range of options for enhancing your character’s appearance.

Using several sliders and applying different skin tones, you can change specific face features such as the cheekbones, jaw, eyes, and chin.

Even if the vivid and ultra-smooth style of the game’s art is ideal for creating a variety of lovely characters, you may as quickly build terrifying monsters with it.

GreedFall is an under-appreciated indie RPG. It’s not simply the character-creation tool that makes it look good. 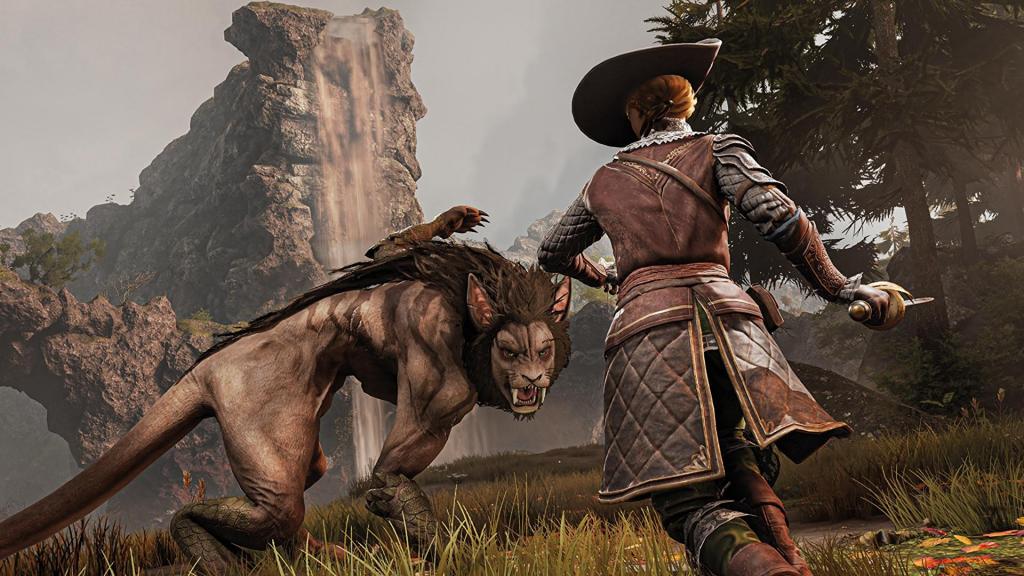 User interface and layout of each area are well-organized, even if you can’t change your character’s facial structure.

Also included is an armor design system that allows you to customize the look of your armor with various insignia and accessories.

You wouldn’t expect an MMO oriented on spacecraft, commerce, and conquest to have a character creator function. CCP, on the other hand, takes things a step further.

Afterwards, they proceed another five miles to provide players with a plethora of ethnicity options, each with a distinct set of options that can be customized via a system similar to Black Desert Online’s.

Character-Building Games allow you to unleash your imagination and do anything you can imagine. Because the only thing limiting you is your own creativity, go ahead and let your mind run wild. Gamers can choose from a wide range of character-creation games, and many have even made their own.

If you’re a fan of a certain character, keep this in mind because making a payment to a creator may help other artists and allow them to develop new features. Make a donation in the name of your preferred creator.