One of the best independent games of all time, Death’s Door provides the player with a smart exploring experience, a deep combat system and an intriguing plot. As an ethereal crow in Death’s Door, you must visit a variety of environments to collect the souls of those who are ready to depart. The game stands on its own two feet while paying homage to the classic action-adventure and exploration games of yesteryear.

As the sole survivor in Eldest Souls, your mission is to combat a formidable entity sent by the gods to extinguish human civilization. 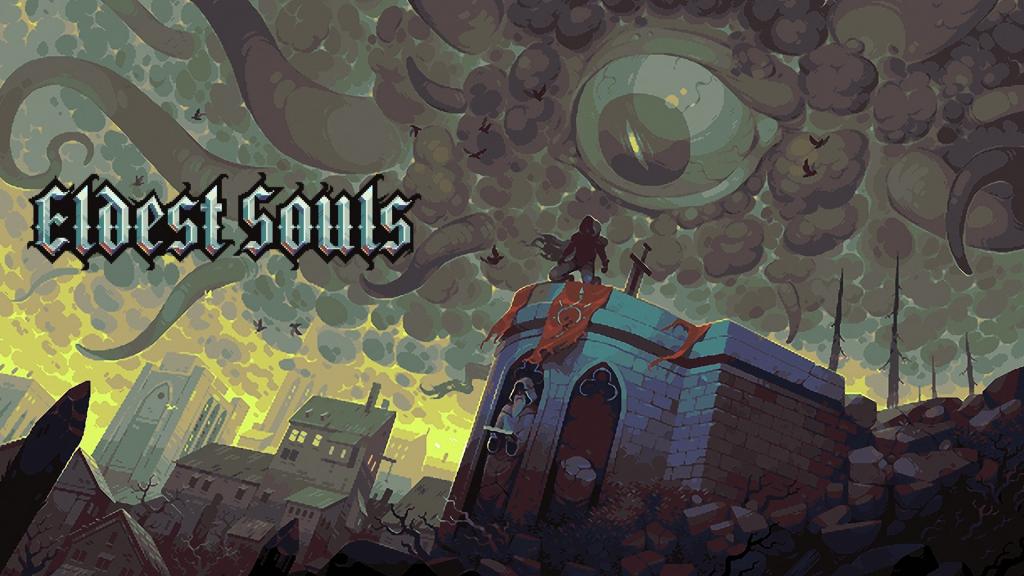 Each “Old God” in Eldest Souls, a dark fantasy world rife with peril and intrigue, poses a fresh challenge for players to overcome as they explore.

For those looking for a hard RPG that emphasizes on boss rushes, such as Death’s Door, we recommend giving it a try.

Blue Fire, an action-adventure game with hard 3D combat and platforming, is another Zelda-inspired game.

Small-scale hero, like Toon Link, sets out to uncover the mysteries and dangers of a hidden country.

It does, however, place a greater focus on platforming than Death’s Door, so keep that in mind before giving it a shot.

By going through time and fighting ancient monsters and gods, you’re depicted as a hero in the game who is trying to save the universe from a terrifying nothingness.

Many factions vie for supremacy and there are many mysteries to uncover in the Last Epoch’s cosmos, just like Death’s Door’s realms.

Dungeon Crawler Hades, a roguelike by indie publisher and developer Supergiant Games, is one of the most memorable story-driven games ever made.

On your journey to Mount Olympus, you assume the role of Hades’ son, who is being held prisoner in an ever-changing underworld prison and is being thwarted by strong gods.

A zoomed-out perspective, similar to Death’s Door, allows players to see the battlefield well throughout the game.

The Legend of Zelda: Link’s Awakening

If Death’s Door’s dungeon-based puzzles appeal to your Zelda-loving side, you may want to give Link’s Awakening: A New Hope for the Nintendo Switch a try.

Gameplay takes place in Link’s isolated hut on an unknown island in this 3D isometric action adventure. Before he can leave, he’ll have to find dungeons, solve puzzles, and get new gear.

Death’s Door aficionados will undoubtedly be drawn to the game by the intricately crafted dungeons, which necessitate close attention to even the smallest of details.

The game’s combination of hack-and-slash action and Zelda-inspired puzzles has made it a popular choice. Isometric camera angles have been added to Genesis to raise the stakes.

The co-op mode also allows gamers and friends who enjoy Death’s Door to have a new game to play together.

With its Zelda-like Zelda style dungeon layouts and gadgets, Rogue Heroes: Ruins of Tasos is a unique co-op game that could be appealing to Death Door fans.

A randomly created world full with opponents, traps, and riches awaits players in this cooperative action game for up to four people. Items found along the way can be used to enhance your character and your home’s stronghold.

After playing a game as dark and ominous as Death’s Doors, it’s refreshing to play something with such a colourful cast and stunning scenery.

Code Vein will be the next title on the list to be discussed. As the name suggests, Code Vein is an action role-playing game set in an interconnected universe full of deterioration and alien foes.

Code Vein’s real-time combat is evocative of Souls, like Death’s Door. that rewards careful strikes with dodges, precision and

Players are given a wide variety of weapons, including spears, knives, and many more types of weapons. They can be improved to face the game’s strongest enemies.

Hades is a top-notch isometric action-adventure game that also doubles as a fantastic roguelike experience. With Hades at its core, you take on the role of Hades, attempting to flee the horrible home he has been residing in for the past few years Because of the rapid and thought-provoking fighting, as well as the room-based exploration, Hades is talked about with great pleasure. 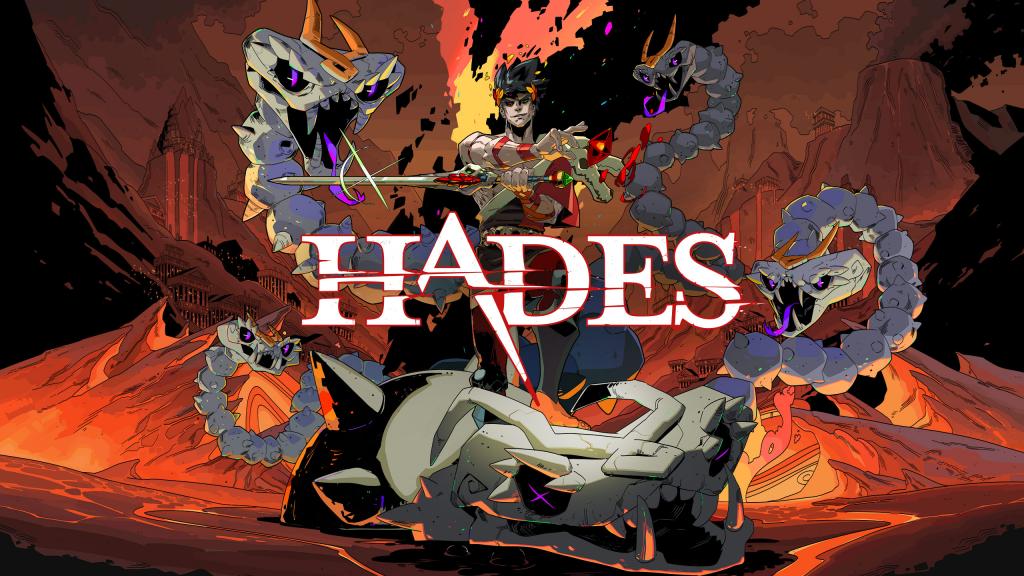 Indie gem Hades is a visual and gameplay masterpiece. It’s impossible not to have fun playing this game because of all the different ways you can improve your skills and abilities. It’s hard to go wrong with Hades if you’re looking for the best of both worlds.

Victor Vran is a demon and vampire hunter who must travel the land to combat the creepy creatures of the night in this dark and gothic action RPG. In Victor Vran, you will find a variety of exciting upgrades and gear that sets him apart from the competition.

Victor Vran’s arsenal of weapons and skills is mind-boggling. Once you’ve gotten used to the creepy crawlies of Victor Vran’s environment, new equipment and abilities will appear to keep things interesting. The story here is filled with dark fantasy, as well as a fair amount of black comedy.

3D action adventure game Blue Fire features various dungeons, combat, puzzles and even platforming elements. It is a cult classic. You’re in the fading world of Penumbra, where you’re entrusted with exploring every nook and cranny in order to progress. With each upgrade, Blue Fire’s kinetic mobility system gets stronger and stronger.

Blue Fire is a great option if you’re searching for a darker take on the action-adventure genre. Platforming is a very difficult aspect of the game. Aside from the thrill of unlocking new abilities for your character, you’ll feel accomplished after solving a challenging puzzle or defeating one of the many bosses in the game.

The dark fantasy action game Dungeons & Dragons: Dark Alliance features a wide range of real-time combat situations, as well as upgrades and easy exploration. Co-op is available in this game, so you don’t have to face the D&D world on your own in the virtual environment that has been created.

You can meet legendary monsters and creatures from all throughout the D&D universe in Dark Alliance, which is one of the game’s best features. This is a game that will appeal to fans of action-adventure games with elements of role-playing, especially if you play with a friend or two.

Path of Exile is a throwback to games like Diablo and Baldur’s Gate, set in Wraeclast, a grim, fantasy universe. Path of Exile lets you create a character from the ground up, and as you level up, you can unlock new skills, weapons, and powers to help you exact revenge.

Amazingly, Path of Exile is a no-cost video game. Playing this game is a no-brainer. In other cases, the plot is so gruesome that it may be mistaken for a spooky video game. Even if riddles aren’t an issue, your progress will be accelerated through battles and exploration.

Take a look at Biomutant if you’re searching for a deep, intriguing, and customizable open-world action adventure. Using Biotmutant, you may design a cute, yet deadly, critter that must scavenge the planet for various threats and giant bosses to survive.

It’s hard to find another post-apocalyptic experience like this one, which combines elements of high fantasy with cutting-edge technology. The game’s combat system is a well-balanced mix of kung-fu, weapons, and magic.

Check out Respawn’s unique take on the world far away if you’re looking for a top single-player action-adventure game.

Jedi: Fallen Order is a stand-alone Star Wars adventure that chronicles the story of one of the last remaining Jedi who fights against the evil of the Empire..

An updated Metroidvania format allows you to explore previously undiscovered areas and find hidden treasures in the process.

Salt and Sanctuary was, for a while, the most 2D action game that some players compared to Souls.

Dark Souls-style 2D combat isn’t as as impressive in this ever-changing universe as it is in 3D, but it does get the job done.

Like Death’s Door, combat relies on precise dodges and fast attacks as well as stamina management and soul (salt) collecting.

If you’re looking for another Metroidvania game that shares many parallels with the Death’s Doors game, you should check out Hollow Knight, which places you in the position of silent knight with sword in the dark and perilous underground world.

The game incorporates hard combat techniques, similar to those seen in Souls, which demand that you recognize and react to different types of assaults from your opponents.

In addition, the 2D hand-drawn settings in Hollow Knight effectively evoke a sense of dread and terror as you go through the Kingdom of Hallownest, home of the Hollow Knight.

As a final option, we recommend Grim Dawn to Death’s Door enthusiasts. In this role-playing game, you take on the role of a rebel squad caught in the middle of a war between two supernatural forces. 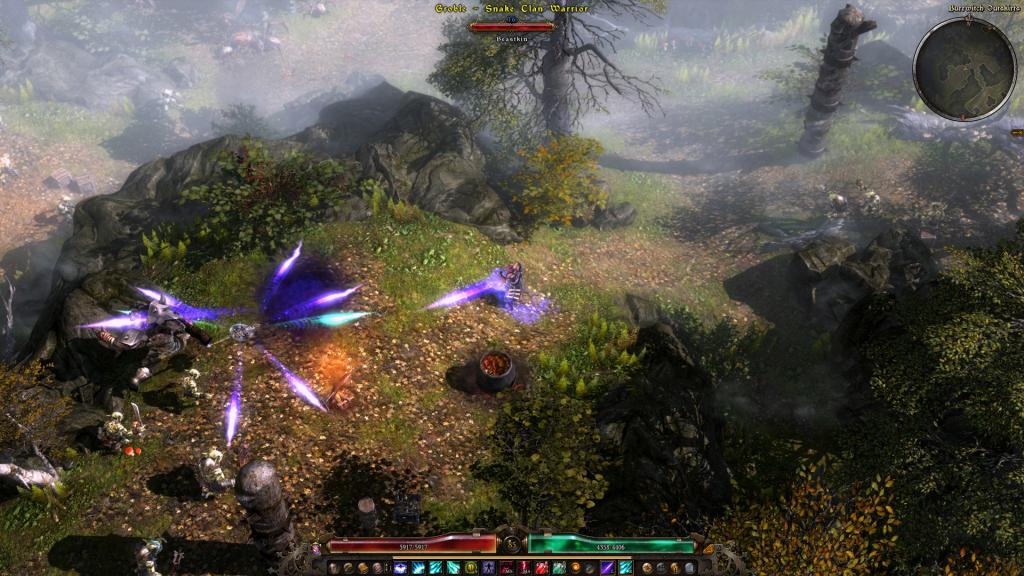 Crawling through dungeons and tunnels or frightening forests is a major part of the game. Supernatural adversaries prowl the decaying wastelands in search of weapons and armor.

You’ll be confined to small locations in Grim Dawn, as in Death’s Door, where you’ll have to deal with hordes of monsters. Isometric views are also available.

Titan Souls are a challenge for players who thought Death’s Door’s boss fights were too easy. Titan Souls’ underlying concept is. One arrow can be summoned and used by the player. Players and bosses alike are incredibly vulnerable and can only take one hit before they die. The secret is to kill your boss before he or she can harm your player. Like the best boss fights, this is a mini-puzzle for players to solve by understanding the adversary’s tactics and finding out how to administer the final blow. Despite the fact that some gamers are having difficulty defeating The Soul.