Are NVIDIA RTX Graphics Cards Worth It? Everything You Need To Know

In terms of performance, the RTX 2080 Ti is the best consumer graphics card currently available, and it’s well worth the money if you can get your hands on one.

When it comes to the GTX 1080, the RTX 2070, and the RTX 2060, they’re only marginally better than the 10-series Pascal models and aren’t worth the upgrade if you already have one of those.

Nvidia’s latest 12nm Turing GPUs generated a lot of buzz, from hypotheses about the name to guesses about the architecture itself. Many folks were disappointed when they finally unveiled it in August of 2018 despite the hype.

Even though the GTX name was dropped in favor of RTX and the number of models increased from 10 to 20, the new RTX series of GPUs does not represent a significant leap forward for Nvidia once real-time ray tracing is eliminated.

Let’s begin with Turing’s most important feature: real-time ray tracing. What exactly is this new technology, and is it really worth the extra money?

Using ultra-realistic lighting, real-time ray tracing has brought the in-game world closer to realism than ever before in video games. 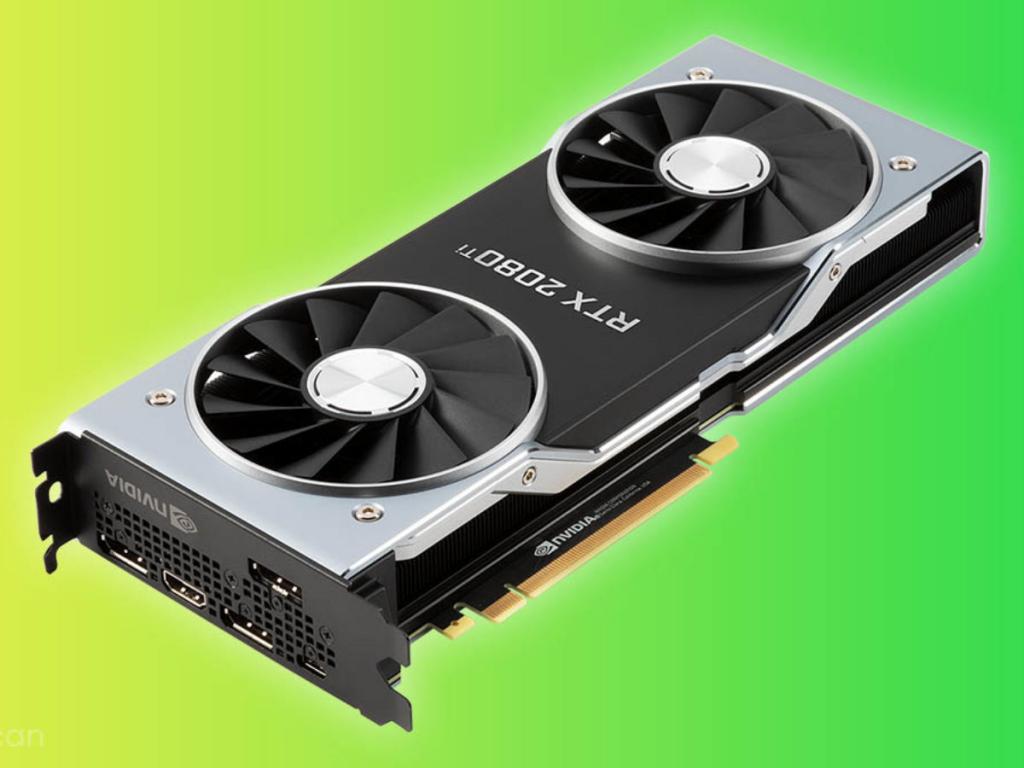 Specifically, real-time ray tracing can imitate the complex behavior of light on the fly with great precision by tracking the courses of individual in-game rays of light.

Real-time ray tracing, as demonstrated in the demo above, is a powerful tool, and the technology has progressed significantly. In spite of how stunning the demo is, there are a number of significant drawbacks to this technology:

That being said, is RTX hardware worth it solely for ray tracing? There is no doubt in our minds that this is not the case, but individual preferences play a role as well.

We don’t recommend rushing to the shop just yet, especially if you already have a fast GPU capable of running the latest games, given how few titles currently use ray tracing and the fact that it generally doesn’t offer as much visual increase as the demos might suggest.

When ray tracing is removed, how do the new Turing cards compare in terms of raw performance to the last-gen Pascal models?

Since ray tracing isn’t necessary anymore, the difference is minor at best, they’re not much of an improvement.

Finally, the cost is an essential consideration. In comparison to Nvidia’s standard cards that aren’t Titans, the RTX 2080 Ti has been criticized for being overpriced.

Let’s not forget that the RTX 2080 Ti is the best graphics card that Nvidia has to offer at the moment, and $1200 is a lot of money for a graphics card, especially if you live outside the United States.

To sum it up, the performance gap between the 10 and 20-series isn’t as large as you may think, therefore the cost should be your primary consideration when choosing between the two generations.

When it comes to ray tracing and “future proof,” you may get a better value on an older device if you don’t mind not having the “latest and greatest.”

What You Get With RTX

NVIDIA didn’t just add ray tracing, but it was the most anticipated feature.

As soon as it was introduced, the most cynical PC hardware enthusiasts were eager to criticize and create memes criticizing the technology.

Ray tracing didn’t make a huge difference in terms of visual appeal, as they predicted. Nonetheless, even those who were steadfast in their ideas had to concede that the visual enhancements it offered were undeniable.

Using these tactics, game developers have to come up with new ways to make their games look realistic. Innovative and creative approaches are evidenced by the fact that they were often successful in doing so.

With RTX, you’ll be able to see light particles in real time. Now that the game world is dynamically produced, players can enjoy more lifelike and realistic sights.

Hyper-realistic video game visuals are slowly but surely becoming a reality since these visual effects can be rendered so realistically. 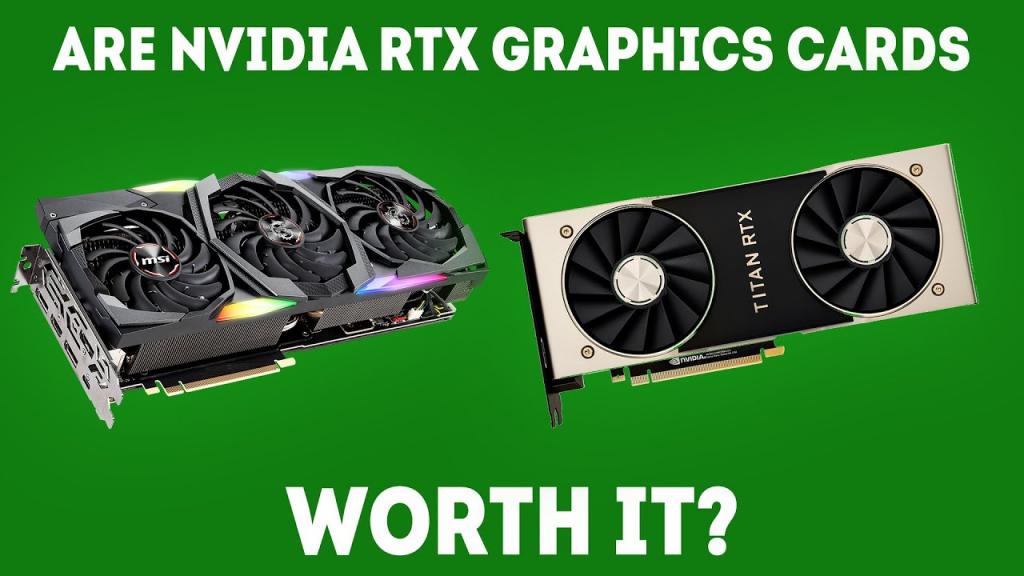 The RTX engine takes into account the surface material that light is bouncing off when calculating light particles and reflections.

For example, if the reflecting surface is water, rather than glass, light reflection is portrayed differently. When the light hits a marble floor, for example, it will appear differently from when it hits sand.

The Battlefield V ray tracing demo shown at CES 2019 may be seen here.

It’s interesting to note that ray tracing wasn’t the first technology to bring it to the masses. In reality, ray tracing may be found in the majority of high-end CGI movies these days.

Bell Labs engineer Turner Whitted is credited with the first usage of ray-tracing in 1979 in The Compleat Angler, but it wasn’t until Pixar’s Monsters University in 2013 that the technology was completely accepted.

A movie like Monsters University can be made from these individual sequences once they’ve all been shot and edited together.

Ray tracing images, on the other hand, are processed in real time in video games. To put it another way: Ray tracing is an essential part of modern gaming, which is why it has such a big impact on performance. It is possible to see stuttering in games like Metro: Exodus, when the average FPS drops by 40% or more.

We should also keep in mind that ray tracing in video games is far less than in some animated movie scenes. Ray-traced scenes would take months to process on an RTX 3000 or RX6000 GPU. If it were possible, it would be impossible to perform it in real time.

The way ray tracing is done on RTX GPUs is considerably different from how it is done in animated films.

An individual pixel is traced by the player’s camera to the object behind that pixel and the light source. There are many factors that might affect an object’s light exposure, including the presence of obstructions. You can see how that works in the diagrams on this page, as well.

As the name suggests, this is done by traversing a BVH tree structure using a bounding volume hierarchy traversal algorithm. That said, there is still a substantial amount of extra processing required.

GPUs without ray tracing capability would have to rely on shaders, which would put them at a severe performance disadvantage.

Assigning dedicated cores is NVIDIA’s straightforward solution to this new computing requirement. RT cores contain two distinct units, one for bounding box testing and the other for ray-triangle intersection tests. As a result, the GPU is less taxed, allowing it to work on other tasks more efficiently.

DLSS is the most famous example of NVIDIA’s RTX cards’ breakthroughs in AI calculations.

Although it works differently, DLSS can be seen as an extension of anti-aliasing technology. A technique known as anti-aliasing lowers the jaggedness of edges during rendering in a way that doesn’t burden the shader cores. This enables you the same effect, but without the performance hit.

We’re enthusiastic by DLSS for the same reasons we’re afraid of technological singularity. There’s no need to be alarmed; DLSS is a helpful AI that may enhance the visual appeal of your video games.

A lot of people have been waiting for a long time for DLSS to get better since it was initially introduced, but the RTX 3000 cards have finally delivered. This is a sign that NVIDIA listened to its customers and concentrated on making DLSS-compatible games easier to produce.

Regardless of what the internet says, praising NVIDIA’s RTX series technology is perfectly OK. The reality that so few games can take advantage of all that RTX cards have to offer isn’t quite as fantastic.

On the bright side, ray tracing and DLSS technology appears to be a huge hit with the gaming community. We should expect to see more and more of this technology put to good use in the future.

NVIDIA has the power to set the pricing of its cards because it is the king of the GPU market. In introducing the gaming world to innovative technologies such as real-time ray tracing, they cannot be blamed for testing the limits of their customers’ wallets and taking advantage of them.

Is getting an RTX card worth it?

Are RTX cards better than GTX?

These and other Esport games benefit from the Nvidia GeForce GTX because of its superior graphics performance. When it comes to PC games like COD and Fortnite, Nvidia’s GeForce RTX graphics card is the finest option.

Is an RTX graphics card worth the investment? It all depends on the situation and the precise model that you’re using. 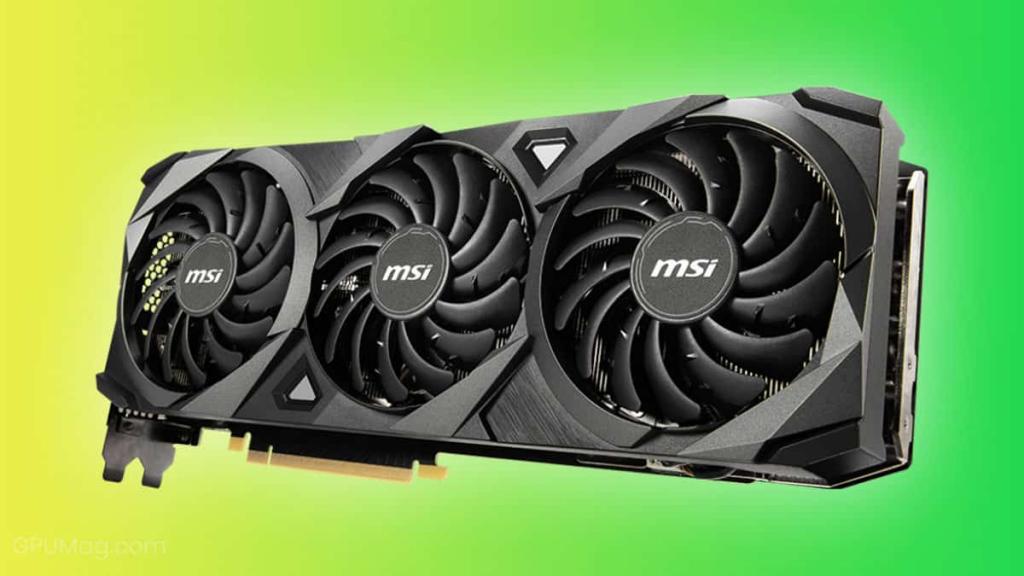 In my opinion, the RTX 2080 Ti is the greatest mainstream GPU currently available. A top-tier graphics card capable of running the latest AAA games in 4K at a steady 60 FPS costs $1200, so that’s what you’d acquire if you had that kind of cash lying around.

However, it goes without saying that a gaming PC can be built for less than $1200.

In terms of RTX 2060, RTX 2070, and RTX 2080, things start to become a little hazy. They’re only modestly better than the Pascal models of the previous generation, as we’ve already mentioned.

Because they’re already cheaper than any new Pascal cards, they’re a safe bet. AMD’s Polaris cards pale in comparison, so we’ll have to wait and see if AMD’s Navi GPUs can provide any serious competition once they’re available for purchase.

When it comes to upgrading your graphics card, the RTX models are a solid option if you’re looking for a better option than the GTX 1660 Ti or the RX 590 and don’t want to wait around to see how Navi does.

For the sake of ray tracing and a few extra fps, should you upgrade from a GTX 10 model that is in the same league? I’m not quite there.

To help you out, we’ve assembled a list of the finest graphics cards on the market right now.