In addition to being the Overwatch mascot, Tracer is a fast damage hero with dual pistols that compromises good defenses for quick movement.

Become an expert time-jumper with Tracer’s help in Overwatch’s newest hero with our Tracer strategy guide.

Tracer’s primary focus is on dealing close-range damage to single targets who aren’t able to keep up with her quick movement speed. 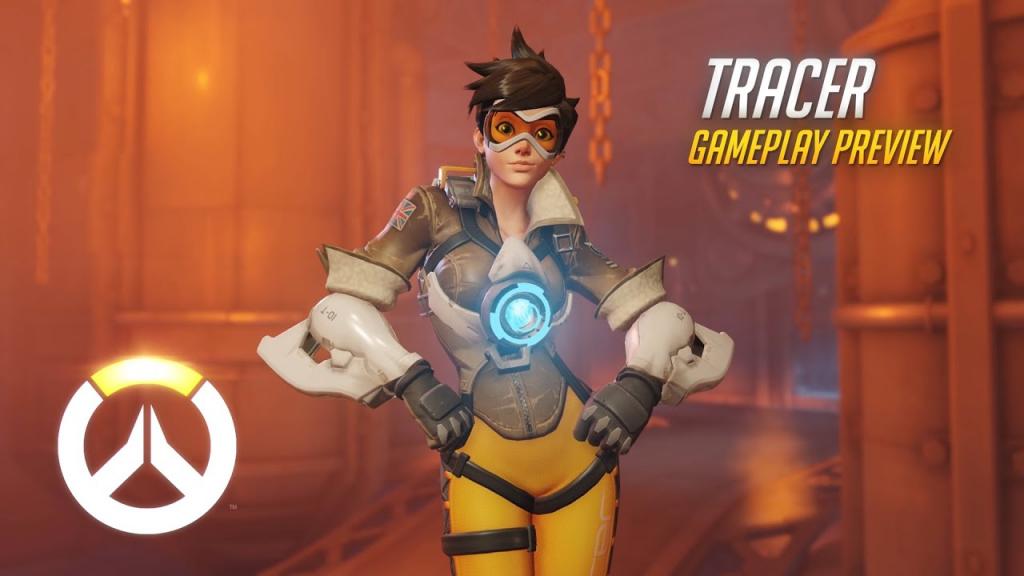 With the use of Tracer’s movement-based abilities, like as Blink, this can be accomplished by retiring in between strikes in order to gain the upper hand and outflank the enemy’s defenses.

We’ll look at Tracer’s abilities and see how you can use them to compensate for her weaknesses, since she has low health and no shield regeneration.

How to Use Pulse Pistols

While Tracer’s Pulse Pistols deliver a lot of damage up close, they lose much of their potency when used at a distance of 20-30 meters.

Even at close range, the pistols’ wide spread damage cone necessitates exceptionally accurate shooting to ensure your target is inside range.

In light of Tracer’s overall lack of resistance and the heavy recoil from Pulse pistol shots, it is preferable to use the weapons for single-target damage before taking a momentary break from combat.

You should also be on the alert for Genji Deflects and Zarya Barriers, both of which are designed to counter Tracer’s burst damage.

How to Use Blink

One of Tracer’s most crucial abilities is her Blink, which allows her to teleport a short distance in whichever direction she’s currently heading.

Tracer has the ability to store a total of three Blink charges, allowing her to move in unforeseen ways and evade enemy attacks.

Tracer may also cross vast gaps in the game with a single jump by chaining together a number of Blink jumps.

Tracer’s next ability, Recall, is best used in conjunction with Blink because each charge takes around three seconds to recharge.

How to Use Recall

If Tracer’s Recall is activated, she can travel back three seconds in time, restoring her health and position to their former values, or, in the case of health, to their maximum.

Prior to being activated, any debuffs on her are removed and her guns are reloaded.

Recall may be used to restore Tracer’s health in a crisis, but it can also be utilized to evade falling and fool adversaries.

When Tracer engages Recall, a short animation plays, during which she is invulnerable and completely invisible to the opponent team.

How to Use Pulse Bomb (Ultimate)

Tossing a bomb ahead that will stick to foes and injure Tracer if she’s still in range of the detonation is Tracer’s Ultimate ability.

The bomb will detonate after a short delay if it doesn’t make touch with an enemy before sticking to the first surface it lands on.

It is especially effective on groupings of enemies and fixed targets like turrets because of the high amount of damage it inflicts.

In order to escape being killed by Pulse Bomb, it’s a good idea to utilize Blink in order to get close to your target, then use Recall to get away.

To put it another way, if no one on the opposing side knows how to counter Tracer, she has the ability to go unchecked for the duration of the battle.

In addition, her quickness and Recall make her less dependent on other people’s healing, allowing her to act more autonomously.

Tracer is a character with a very unique play style, thus we’ve listed the greatest team synergy for her below.

Which Heroes Combo Best With Tracer?

Due to her low starting health and absence of regeneration shields, Tracer is particularly vulnerable. 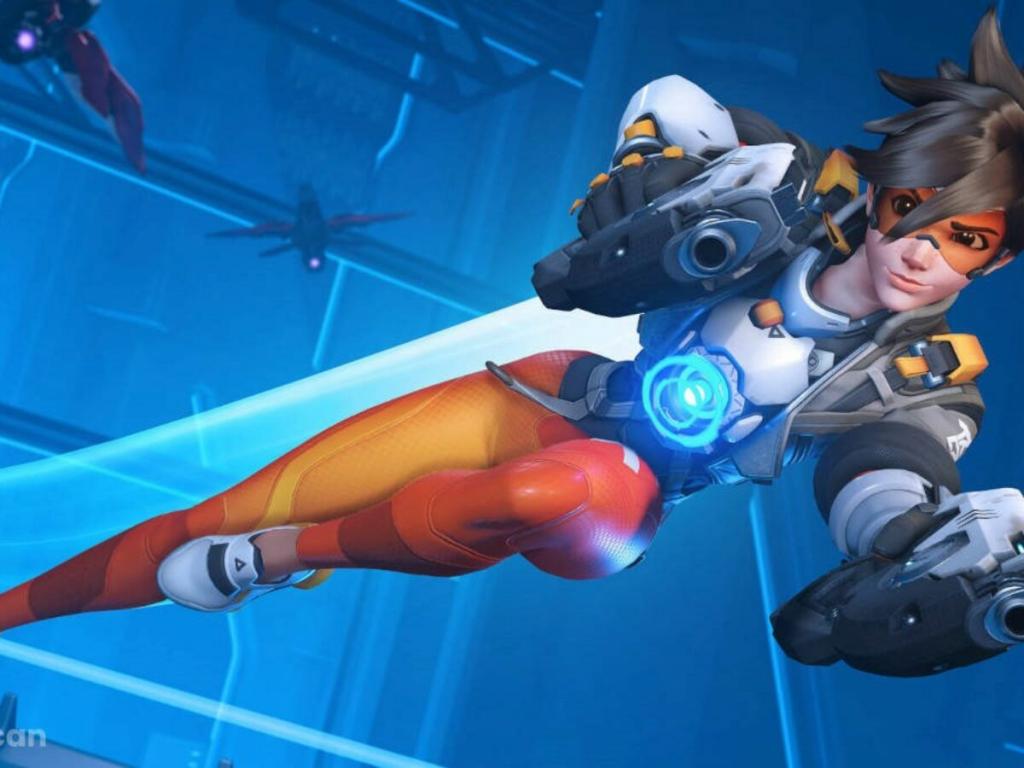 While Blink and Recall are on cooldown, she is even more vulnerable because they are her sole means of dodging strikes.

When she gets too far away from her target, her pistol’s damage begins to drop off significantly. This makes her ineffectual against some characters.

Which Heroes Does Tracer Struggle Against?

Because of Tracer’s distinct style of play, it’s easy to see why Blizzard chose to name her the franchise’s mascot.

However, the higher you climb in the competitive ranks, the more probable it is that other players will know how to deal with Tracer.

Finally, we’ll give you some pointers to keep in mind as you climb the ranks of professional gaming.

Until recently, Tracer wasn’t the time-traveling superhero we know and love today.

She enlisted in Overwatch’s experimental flight program because of her positive outlook and bravery. Even though it appeared to be a major breakthrough, Lena found it to be a major challenge. For testing the Slipstream fighter jet, she disappeared into the interstellar space-time continuum and was assumed dead.

Later, it was discovered that her time travel had affected her cells, causing them to be out of sync with the flow of time. Before Winston, Overwatch’s captain, linked her to the Chronal Accelerator, she was a ghost, unable to appear anywhere.

After Overwatch split, she became a vigilante in her hometown in the hopes of reclaiming her role as a hero. When Overwatch 2 happened, her fantasy came true.

The Pulse Pistols, as Tracer’s weapons are known, are a pair of dual automatic pistols. With a sprinkling of bullets and a smile on her face, she sinks Earth’s foes with ease. 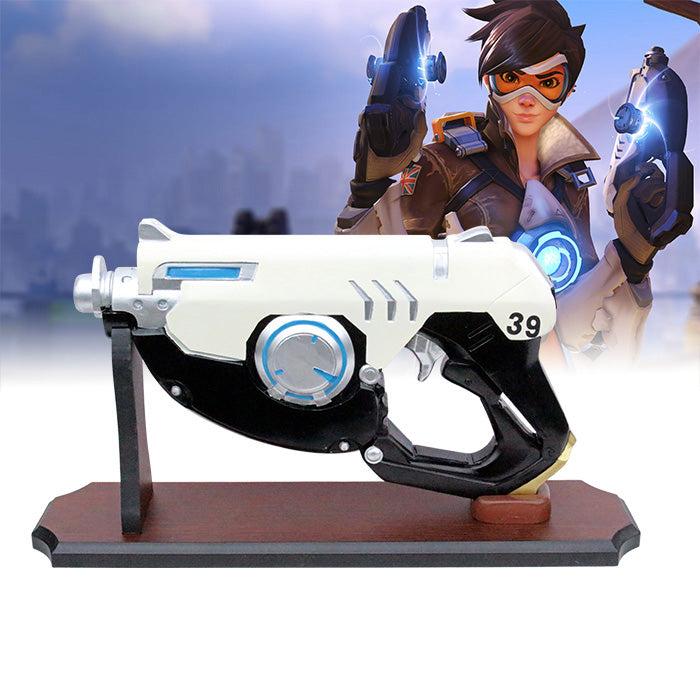 Tracer, armed with Winston’s Chronal Accelerator, plows through the battlefield with pinpoint accuracy.

NOTE: Tracer disappears for a few yards before reappearing in the same location. Every few seconds, she produces a new charge for her ability to blink.

Tracer’s health, ammo, and position on the map are all restored to where they were only a few seconds before.

Tracer lobs a big bomb that sticks to whatever surface or unfortunate opponent it comes into contact with. Bomb bursts, causing massive damage to all foes in its blast radius after a short wait.

How to play Tracer: tips

Tracer isn’t for those who prefer a more laid-back Overwatch experience. It’s all about dashing in and out of battle, doing damage while doing so. Skirmishers like her are hard to come by in games like this one.

Tracer’s best method of causing havoc is to target weaker foes. Blink in, drop a Pulse Bomb and Recall out, and you can wipe out low-HP enemies in a matter of seconds.

However, this doesn’t mean that you shouldn’t use your Pulse Bomb on larger targets; doing so can be a good idea too. With one excellent stick, you can take out the entire enemy team and walk away unscathed if you attach the bomb to the enemy team’s primary tank.

The final option is to simply use your Pulse Bomb and see what happens. Dropping it as the enemy team approaches a choke point is an excellent technique to disrupt their progress and stop them from making any further progress.

Injustice 2: Gods Among Us Deluxe Edition

Tracer’s pulse pistols allow her to do significant damage from a short distance. Because her damage is reduced at mid and long range, her agility is critical. Tracer’s aim is made more difficult by the fact that you’re continuously moving. To take down a large tank, you need a lot of time and effort. Tracer’s primary role is to take out other squishies, such as support heroes in the back line, so she’s in and out of combat quickly.

Aiming is a skill that can only be honed by practice. After all, that’s the whole point of the range. Aiming at moving and stationary targets is an excellent way to practice using Tracer.

While it can be difficult for novice Tracer players to adapt, Blinking can be unsettling even for experienced players. Practice anticipating where your enemy’s teammates will be while blinking. Start with stationary targets on the practice range first and work your way up. As the blink occurs, aim your mouse in a different direction than the mouse cursor. These drills will be quite beneficial. Muscle memory takes over after a few repetitions. It’s going to get better. There is, however, a learning curve.

In both rapid play and competitive ladders, communication is difficult to master on one’s own. To be a good tracer, you must be constantly aware of what’s going on around you. Are her allied teammates still missing? When are they interacting? What are the positions of her adversary’s comrades? Is there anyone out there who can help the enemy heal?

Tracer players will benefit from keeping in touch with their comrades in order to better comprehend the position of their enemies. Knowing where the enemy is means being able to dash in and take out the main targets—Ana, Zenyatta, Mercy, and Soldier: 76—without getting herself killed in the process of doing so. When the opponent team is distracted by Tracer’s friends attacking from the front, she will be most effective. Tracer will have no chance if the enemy team focuses all of its power on her before her friends have a chance to act.

Be cautious not to overdo it. There’s a fine line that must be struck. To obtain picks, Tracer needs to be aggressive enough, but if she goes too far forward, she’ll be easily taken down. Because heroes with a lot of armor are more difficult to take out with Tracer, players will need to rely on nearby allies to finish the job.

There’s also the pulse bomb, right? Tracer’s ultimate ability is a bomb that adheres to its target, which can be either the floor or any hero it comes into contact with. It has a blast radius of three meters and a fuse time of one second, and when it goes off, it does 400 damage. Zarya’s graviton surge, for example, works well with pulse bomb. In conjunction with graviton surge, adversaries are congregated, increasing the potency of Tracer’s pulse bomb. It’s possible to get away with just landing it on a few of the more flimsy Overwatch characters. Pulse bombs can target any hero, as long as teammates are nearby to clear up the aftermath—even if Tracer needs to flee.

If you play Tracer long enough while remembering these three basic principles, you’ll begin to recognize her. When it happens, the other team will go crazy.

How do you become a good Tracer in Overwatch?

When you’re Tracer, your dual pulse pistols can help you take out an opponent quickly. If you need to reload, you’ve already exhausted your supply of ammunition. It is Yaki’s advice for every fight to have a plan of action in place to get out of the way before your opponents have a chance to target you.

How fast is Tracer from Overwatch?

Tracer. Overwatch thrives when Tracer is a dominant character in the game’s meta. As you can see, Overwatch is currently in a good place. Because Tracer has so many cooldowns, she gains a lot of value out of being a nuisance in an ability-heavy economy.