Stardew Valley’s success inspired game creator Rebecca Cordingley to leave the studio she was working for and start developing a game of her own. The bright and poppy upcoming indie title Ooblets has been a labor of love for her and her boyfriend Ben Wasser ever since.

To that end, we’ve gathered all the information we could find about Ooblets, from the official plot synopsis to gameplay screenshots, to some intriguing theories. Keep checking back because we’ll be adding more to this story in the future.

Ooblets were first shown off at Microsoft’s E3 2018 press conference. As first planned, the game wouldn’t come out until the next year, but it has since been postponed indefinitely. Ooblets will be a timed Epic Games Store exclusive on Xbox One and PC when it launches, but we don’t yet have a release date.

Originally, the game was going to be released through Double Fine Presents. However, Glumberland, the studio behind Ooblets, has announced that the game would be self-published following Microsoft’s purchase of Double Fine. 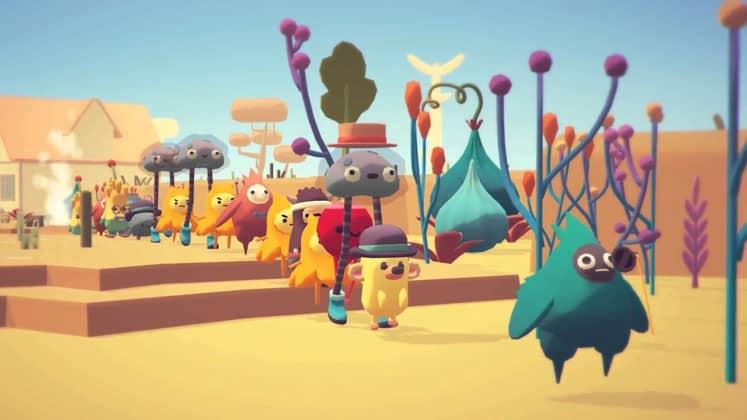 “Ooblets is a farming, creature collection, and town life indie game inspired by games like Pokémon, Harvest Moon, and Animal Crossing,” says Glumberland of Ooblets. As a farmer, you must cultivate and train your ooblets, travel to new places, and dance-fight wild ooblets and other trainers. “,” he continues.

We may infer that the game’s story will revolve around developing relationships with both your ooblets and the citizens of your town, based on this description. It’s unclear if this will take the form of a linear narrative or a collection of free-form adventures. The origins of the ooblets and how they came to be in this world would be nice to know.

In light of the fact that we’ll be venturing into “strange territories,” you should expect to see a lot of new places. This could include locating ooblets or other items that are only found in a particular area.

In Ooblets, the emphasis is on personalization, so you can design your character anyway you want, with distinct looks for each day of the week. Manage a farm that may be designed and personalized to suit your needs. If you venture into the wild, you’ll come across ooblets, which you may gather and employ against other trainers.

No one knows for sure, but it appears you can plant specific seeds that produce a variety of distinct ooblets. The stats and abilities of these monsters can be improved by leveling them up. If you’re bored with combat and farming, there are countless more activities to participate in, such as mini-games and dance parties around the planet.

There is a chance that we’re mistaken, but we’ll have to wait till this year before we can get our hands on the game. For now, we’ll have to rely on Rebecca and Ben’s Ooblets information.

Rebecca and Ben hinted in a recent blog post that their future game, Ooblets, might have a sneaky release date. In any case, the couple isn’t quite ready to reveal a release date just yet. Ben wrote in a blog post in July 2019 that “we feel the same impatience about introducing Ooblets as a lot of you.”

When the game is taking so long to load, it’s because there is only one programmer working on it. In addition, she is responsible for the majority of Ooblets’ art, UI, and other significant aspects.

With no official release date yet set, we’ll just have to be patient and look forward to this lovely indie game’s arrival. However, we’re hoping to get our hands on the game this year at the very latest. Even while we don’t want to be perfectionists about our initial launch, Ben explained that there is still a lot of groundwork to be done before the game is ready for an early access launch.

How Much Will Ooblets Cost?

How much will Ooblets cost has not yet been determined by Rebecca and Ben on the Ooblets FAQ page on the official website of the company. According to the couple, “We’ll probably announce it along with the official release date as soon as we’ve worked it out.”

Ooblets’ official release date has yet to be announced, so we’ll have to wait for the couple to do so.

Rebecca Cordingley, the programmer and designer of Ooblets, has stated numerous times that she wanted the game’s premise to look beautiful before she began working on the actual game. That being said, Ooblets looks fantastic in the trailers that have been released so far. Clearly, Cordingley has a great deal of pride in her work, which will pay off when the game is over. Here are all of the Ooblets trailers that have been published so far:

There is a stressful moment between two colorful Ooblets in the most current Ooblets video aired at E3 2018. After the adorable creature begins dancing, the uncomfortable situation is swiftly replaced with a pleasant one. Why? We’re at a loss. What makes you think we’ll doubt that? Not at all! Here’s the newest Ooblets teaser:

New footage was unveiled at E3 2017 not long after the initial trailer dropped. Rebecca and Ben’s adorable Ooblets, as well as some brand-new settings and some adorable character dancing moves, can be seen in the video. If you haven’t already, have a look at the video below for yourself for about two minutes:

Three years ago, the first Ooblets trailer was released. In the trailer, we see a cute character and some cute Ooblets exploring the animated environment. We also get our first peek at farming, Ooblet combat, and customizing our characters. If you’d want to see the trailer for yourself, go here:

We’ll be keeping you up to date on all things Ooblets in this section. We’ll keep you apprised of any new developments regarding Ooblets as soon as we learn about them, so check back often.

When Microsoft bought Double Fine in 2017, the developers of Ooblets indicated that they will self-publish the game instead of relying on a publisher. Epic Games Store exclusivity had previously been announced for this upcoming independent game in 2019.

Fans and Patreon backers alike have expressed their displeasure as a result of this. The couple has received death threats and racist abuse as a result of making this decision, to be more precise about that abuse. Earlier this year, Ben Wasser wrote a blog post on the controversy:

There is no additional cost to use EGS. I understand the aggravation of having to acquire multiple consoles to play the games you want to play. It’s free to sign up for both the store and the launcher. HBO, Netflix, and Hulu subscriptions aren’t required to watch all the shows you want, but pressing a button on your remote to switch between free TV channels is more like it.”

When people threaten to pirate a game because they can’t get it on the launcher of their choice, it’s pretty disheartening.”

Ooblets’ development will be accelerated and aided as a result of this move by the small indie studio.

Rebecca is the lone coder, therefore it’s possible that things will take longer than expected. ” When it comes to purchasing and playing games, I’ve had no troubles with EGS as a Steam user.

However, in terms of the functionality that are still lacking, that is the normal course of events while creating software. Nobody ever brings excellent software to market because things take a lot longer to build effectively than most people realize, he wrote. 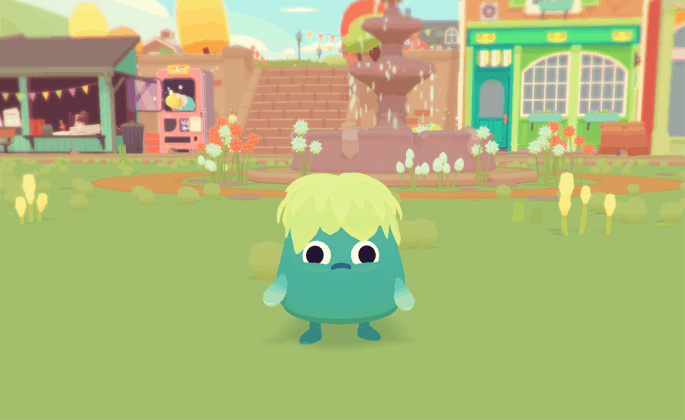 Developed by Glumberland, Ooblets (formerly referred to as Moblets) is a life-simulation video game. Early access for Windows and Xbox One was launched on July 15, 2020.

Is Ooblets coming to switch?

If you want to play Ooblets, you can’t do so on PS4 or Nintendo Switch. Currently, the game is only accessible in Early Access on Epic Games and Xbox One, but a PS4 and Nintendo Switch Ooblets release hasn’t been ruled out.

Is Ooblets worth playing?

In addition to its art style and creature designs, Ooblets’ gameplay are what will keep you playing long after you’ve decided to go to sleep. I needed a game like Ooblets right now. It is beautiful, amusing, and a great way to disconnect from the stresses of everyday life.

When you’re unclear of whether or not a passion project will pay off, it’s easy to take a big risk. It’s crucial to trust your instincts and follow your heart, even if the dread is overwhelming at times.

It’s easy to see how much Glumberland cares about Ooblets by looking into the finer points of the game’s world. For the time being, we’ll have to wait for Ooblets to be released later this year to see what the final product will look like.