In terms of magical and fascinating exploration, few games can match The Legend of Zelda’s reputation. Tunic, a one-man-developed indie, may have a triforce-shaped heart on its sleeve, but the breathtaking surroundings and an intriguing plot centered on an adorable fox look to be carving out a niche for itself.

Tunic will be the focus of this guide, which will include everything you need to know about the game’s plot, gameplay, and rumors. Keep an eye on this space, as we’ll be adding additional information as it becomes available.

Tunic’s release date has not yet been announced. On both PC and Xbox One, it will be released. Andrew Shouldice, a Canadian game designer, and Finji, the game’s publisher, are working together to create the game.

Shouldice had been working on the project under the working title of Secret Legend before joining forces with Finji. For its E3 2018 launch, Tunic was assigned an initial 2019 release date, which was later pushed back. 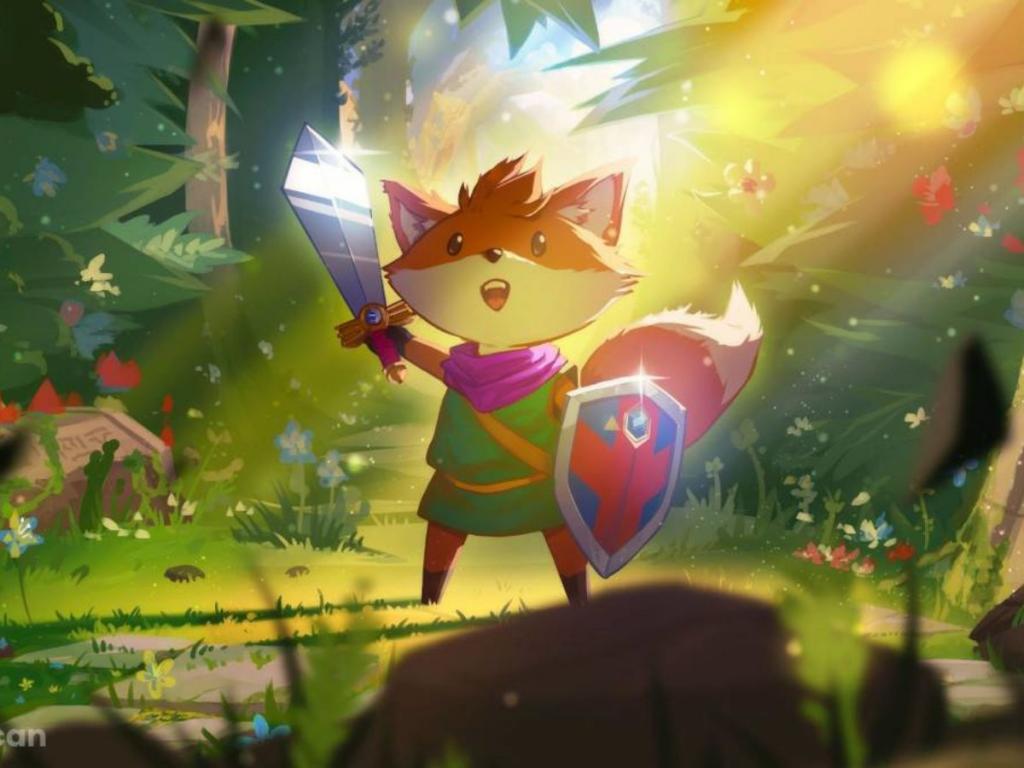 One of the most intriguing aspects of Tunic is the story’s perplexing and austere presentation. In-game text written in an old, unintelligible language is expected to accompany the game’s lack of conversation. According to Shouldice’s recent interview with Red Bull Games, this was an intentional design choice on his part.

At its essence, Shouldice argues, the game is about discovering a mysterious location. “I recall looking through the manuals of video games owned by my neighbors as a kid. Even though I was too little to understand or play them, those images have stayed with me. I’m just curious in the hidden potential of a game. “That’s the snooty auteur’s explanation.”

The game’s cryptic glyph language suggests that there may be more to the story than meets the eye. Or, perhaps, the real pleasure comes from trying to figure out Tunic’s universe rather than receiving a definitive answer.

You play as a fox that wakes up in a strange world that he doesn’t recognize and has a weapon at his disposal. It’s possible that the location once housed an old civilisation, given the stark contrast between the little, happy fox and its aged surroundings.

We know he’s not alone in this strange area, whatever the fox’s motivation for exploring is. It’s possible that many of Tunic’s foes are even more battle-ready than the fox, based on what we saw in the trailer. With a last cameo that calls to mind the classic Zelda tri-color emblem of the Triforce, this teaser trailer concludes with a black dog-like creature.

While playing Tunic, the camera tilts slightly whenever a player latches on to an enemy. Shouldice states that this feature will have an additional in-game function that players may not perceive at first, in keeping with his fixation with hidden possibilities.

Early in the game, the fox has only a stick, but this is quickly replaced by a sword and a shield. For the most part, these are the only weapons you’ll need to survive the game’s combat.

Tunic’s combat revolves around evading enemy assaults until an opportunity presents itself to strike.

The game’s foes come in various shapes and sizes, and there appears to be a wide range of them. You’ll encounter slime monsters with simple attack patterns in the beginning of the game, but things get more difficult as the game progresses and you’ll face tougher adversaries that carry swords, axes, and even spells.

There are times when an ambitious individual works alone, despite the fact that most independent games are made by a group of developers. However, solo-developed independent games may compete with AAA blockbusters when it comes to gameplay and visuals when done correctly. Stardew Valley is a great example of a one-person indie game done correctly, and Andrew Shouldice’s Tunic might be the next best indie game on the market if he puts in the work. 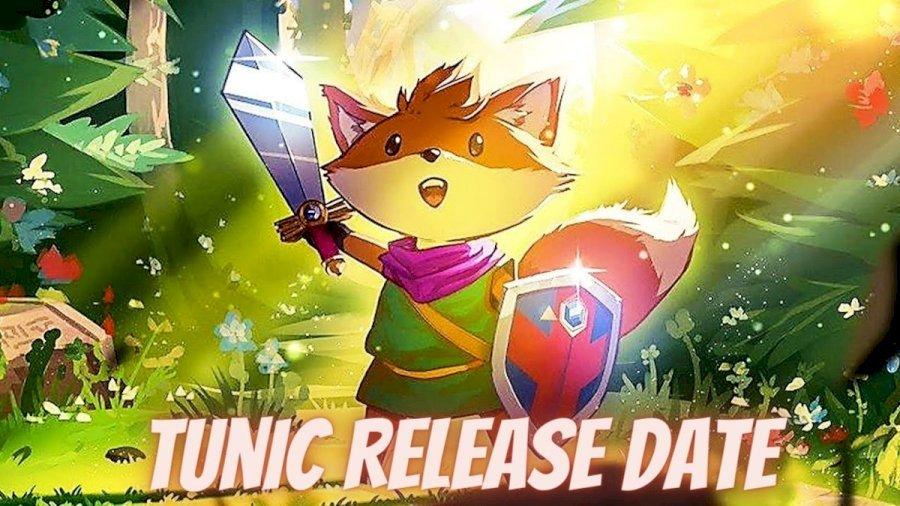 Solo-made games are likely to take longer to build than those built by a team, which can lead to unavoidable delays. Because to this, Tunic’s release date has been pushed out to an unspecified time. The game will be accessible on Xbox One, PC (Windows), Linux, and Mac when it is released by Finji. Make sure to check back in the future when we have an official release date for Tunic.

How Much Will Tunic Cost?

Tunic’s price has yet to be determined, as expected given the lack of an announced release date.

There haven’t been a lot of updates on Tunic, but there are some amazing gameplay trailers and commentary videos that you can view today. This section will be updated as soon as a new trailer is available. For now, below is a list of the trailers in order of when they were released:

Andrew Shouldice and Harris Foster, Fiji’s community manager, take you through the game’s most current gameplay demo. The adorable fox character is being controlled by Foster, while Shouldice is providing commentary on the in-game pages and the enemy combat. We won’t give anything away in the 17-minute gameplay demo, so click the link to check it out for yourself:

In lieu of a 2019 E3 appearance, the most recent trailer for Tunic is from E3 last year. To evade the brand-new, armed foes, the cute fox does some fast-paced sword combat in the brief gameplay clip. Our view of the stunning 3D environment expands to include what looks to be the foxes’ cave (or den).

Lifeformed, an American musician, provides an ambient soundtrack for each scene. We’re hoping to release a soundtrack in the near future. As a result, we strongly encourage you to check out the complete trailer below:

Tunic’s debut E3 2017 trailer features the charming anthropomorphic fox in action as we learn more about the game. Our sword-wielding hero fights off several armed foes as it makes its way across the beautiful isometric environment after awakening on the beach. It’s all here for your viewing pleasure:

Tunic hasn’t seen much activity in the way of updates in the recent few months. E3 2019 was also a no-show for the game, and we haven’t seen any gameplay trailers since 2018. Shouldice is working on the game alone, so we shouldn’t expect as many updates from him as from a AAA project, which is understandable. As a result, the following is all we currently know about Tunic:

On his YouTube channel since August 2017, Andrew Shouldice, the developer of Tunic, has been posting regular updates. Although he hasn’t released a new video since January 2019, the most recent one is definitely worth your time. 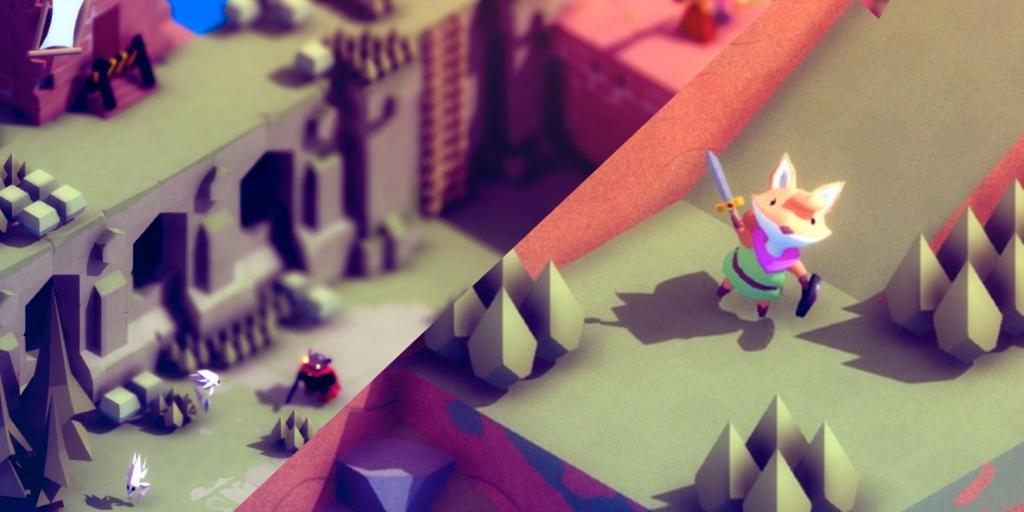 As part of the Tunic update, Shouldice describes (with an ASMR-worthy voice) some of the tactics he used to make a GIF he generated in December of 2018. On Andrew Shouldice’s YouTube page, you can watch all five Tunic updates.

Is Tunic still coming out?

Developer Andrew Shouldice has created an action-adventure game called Tunic (formerly titled Secret Legend), which will be released by Finji.

When was tunic announced?

Tunic will be available on March 16th for PC, Xbox One, and Xbox Series X/S, as announced at The Game Awards tonight.

Is the tunic demo on PC?

Our excitement for Tunic is high, even if we don’t have an official release date yet. In addition, we can’t wait to get our hands on all of Tunic’s game manual pages—pages that could help us out in the game. Tunic’s official release date hasn’t been announced yet, so we’ll have to wait for further developments.

To keep you informed, we’ll be updating this post with new information as soon as it becomes available.

Rebecca Cordingley, a programmer and artist like Andrew Shouldice, gave up her job to work full-time on Ooblets with her husband Ben. Have questions about their next independent title? Check out their website! Take a look at our Ooblets news, trailers, and rumors page for more information.