GeForce graphics cards have long boasted CUDA as one of their most notable features. Even so, not everyone understands exactly what CUDA cores are, or what they mean for gamers..

We hope to answer this question in a concise and straightforward manner in this essay. As a follow-up, we’ll address a few other questions some users may have.

What Are CUDA Cores?

One of Nvidia’s patented technologies, Compute Unified Device Architecture (CUDA), is the abbreviation for this technology. 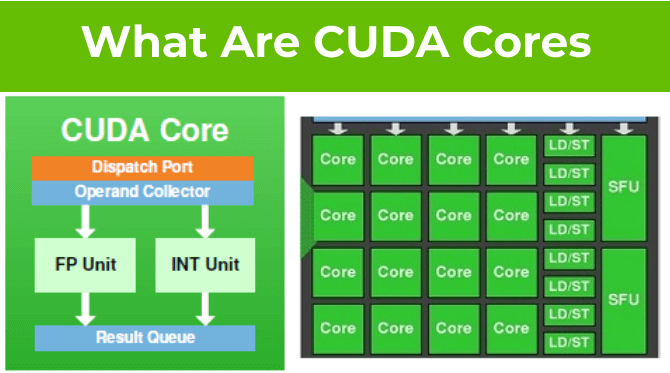 What is it for? Parallel computations that are more efficient.

It is analogous to a CPU core, except that it is less advanced yet implemented in a considerably larger number of CUDA cores. Even the most basic Nvidia GPUs have hundreds of CUDA cores, compared to a typical gaming CPU’s 2 to 16 cores. High-end cards, on the other hand, now have tens of thousands.

What Do CUDA Cores Do In Gaming?

There are various ways in which a GPU and a CPU vary, but in simple terms, a CPU is more of an administrator, while a GPU is ideally suited for the heavy lifting.

GPUs have a colossal number of CUDA cores because graphics processing necessitates the simultaneous execution of many complex calculations. While the CPU is more adaptable, its cores are significantly larger than the GPU’s, which is why GPUs are better suited to this task.

Certainly! The fact that CUDA Cores have a wide range of applications does not negate their importance in PC gaming. Because of their immense power, NVIDIA CUDA cores are a huge asset to PC gaming graphics.

For the second time, we’re going to get into some specifics of how CUDA cores operate in games, but perhaps this time we’ll be more understandable.

GPUs were employed in the past as an extension of the CPU and were used to speed up image rendering. Fast forward 20 years and GPUs are now responsible for handling multiple effects to create a more immersive experience.

CUDA cores, as contrast to ray tracing cores (RT cores), are primarily responsible for physics calculations rather than lighting calculations, as RT cores are.

Game creators can put as much strain on physics calculations as they wish because of the enormous power of CUDA Cores. Developing games isn’t difficult in terms of code, and the developers only need gamers with the greatest graphics cards.

The CUDA Cores excel at a wide range of animation jobs, including smoke, debris, fire, and fluids. Everything you need to make your game graphics look as realistic as possible may be found here.

As a result, PC gaming has experienced an enormous boost, and this has paved the way for the increasingly realistic graphics we’ve seen in recent years. 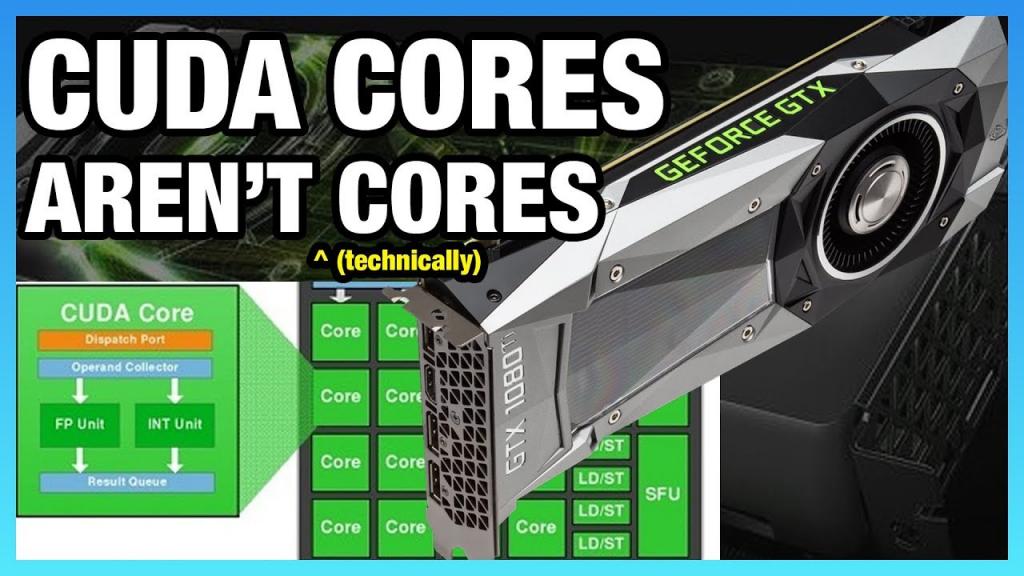 These two technologies, as well as the GPU architectures of the two companies, are clearly distinct. CUDA cores and Stream Processors, on the other hand, are essentially and functionally identical.

However, there are no noticeable variations in speed or graphics quality between an Nvidia and an AMD GPU in terms of CUDA cores, as Nvidia’s hardware is usually better designed than AMD’s.

How Many CUDA Cores Do You Need?

This is the tough part. To put it simply: on-paper specifications don’t tell you much about how well a computer or other device will operate.

Aside from the CUDA core count, there are a number of other specifications that are more significant than software optimization.

In order to get an accurate assessment of a GPU’s performance, it’s best to check out some benchmarks. Using this method, you’ll know exactly what to expect from a certain game.

UserBenchmark is a good place to get an idea of how powerful a GPU really is. It’s possible to get comprehensive reviews on a variety of trustworthy websites, including GamersNexus, TrustedReviews (including the aforementioned) and others like Tom’s Hardware and AnandTech (including the latter).

The more CUDA cores you have, the better your graphics settings will perform. Lighting and shadows are the most obvious examples, but physics, anti-aliasing, and ambient occlusion are all featured.

What kind of performance increase can I expect using GPU Computing over CPU-only code?

How well the problem is mapped to the architecture is a factor in this. Exponential increases in performance for data parallel applications have been documented. On our CUDA In Action Page, you may find information on researchers, developers, applications, and partners.

All NVIDIA GeForce, Quadro, and Tesla GPUs and NVIDIA GRID solutions have CUDA as a standard feature. The complete list of CUDA GPUs may be found here.

What is the “compute capability”?

Depending on the GPU’s computational power, its general specifications and characteristics are determined. CUDA C Programming Guide Compute Capabilities section for further information.

Where can I find a good introduction to parallel programming?

There are a number of online courses, webinars, articles, and books on parallel computing available. On our CUDA Education Page, you’ll find all of these resources.

As far as I can tell, that’s all there is to it. Hopefully, this article has thrown some light on what CUDA cores are, what they do, and how important they are to the modern computer. We want to thank you for reading this far and hope that we have cleared up any misunderstandings you may have had.

Finally, if you’re in the market for a new graphics card, we recommend checking out this list of the top models currently on the market.