Battletoads, a beloved gaming meme, may be making a reappearance in the near future. Since the debut of Battletoads Arcade in 1994, time has sped by at a breakneck pace.

Toads’ fans began to despair that they would ever get to see their beloved characters again. Thanks to Microsoft’s intervention, Rare and Dlala Studios are teaming up to produce the classic beat ’em up once again.

All the details you need to know about the impending Battletoads remake will be covered in this article. We’ll also include some interesting rumors. We’ll be updating this article as soon as we learn of any fresh developments.

Even though Battletoads was supposed to be released sometime in 2019, an official release date has yet to be announced for the Xbox One, PC, and Game Pass. We’ll let you know as soon as it happens. 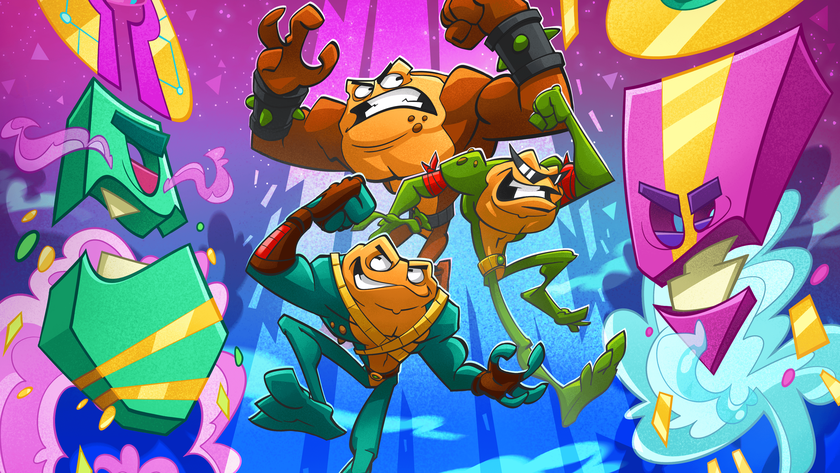 There were only a few details given at Microsoft’s E3 2018 press conference about the upcoming Battletoads game, but it was enough to let gamers know that the franchise is returning.

During E3 2019, the game’s hand-drawn aesthetics were shown off in a new trailer, as well as some gameplay.

No one remembers Battletoads for its intriguing storylines. Comedy is a big part of the show’s appeal and it employs many of the conventions you’d expect from a 90s Saturday morning cartoon.

It’s safe to assume that the new Battletoads will be just as full of edgy one-liners and 90s attitude as the original. Porkshank, the game’s first boss, is also shown off in the gameplay demo, along with returning characters Rash, Zitz, and Pimple.

Psyko Pig adversaries from previous games appear to have inspired the design of this gang leader’s powerful physique. We can infer that other adversary designs will be altered in the reboot as a result of this.

Battletoads Gameplay – What Could Be Changed?

Aside from the fact that Battletoads is a popular joke, the difficulty of the original NES game is well known. They appear to have found the perfect balance between challenge and pleasure in this remake.

The original’s “lives” have been removed from lower difficulty levels, and checkpoints have been increased. Rather, if a player passes out, they’ll just reappear at the last checkpoint they passed through.

Players will be able to keep track of the fights more easily thanks to character indications. Battletoads will offer a hard difficulty setting that plays more closely to the original game’s original design if you want that.

As in the previous games, players control one of the three toads in a three-dimensional 2D plane and use their various punches, kicks, and special powers to chain combos. Toads can use sections of their bodies as weapons, such as a laser or a jackhammer, thanks to these mods.

Although the toads all have the same basic controls, fans may remember how distinct each one felt to manage. As a result, they are all unique in their own way. Powerful but slow, pimple is a formidable opponent. However, Rash is nimble, but considerably weaker. Between the two extremes is Zitz.

The relaunch highlights this point, with each player playing a particular role in the game. Some examples include stunning enemies while another player causes massive AoE damage, and a third is ready to unleash their ultimate strike.. 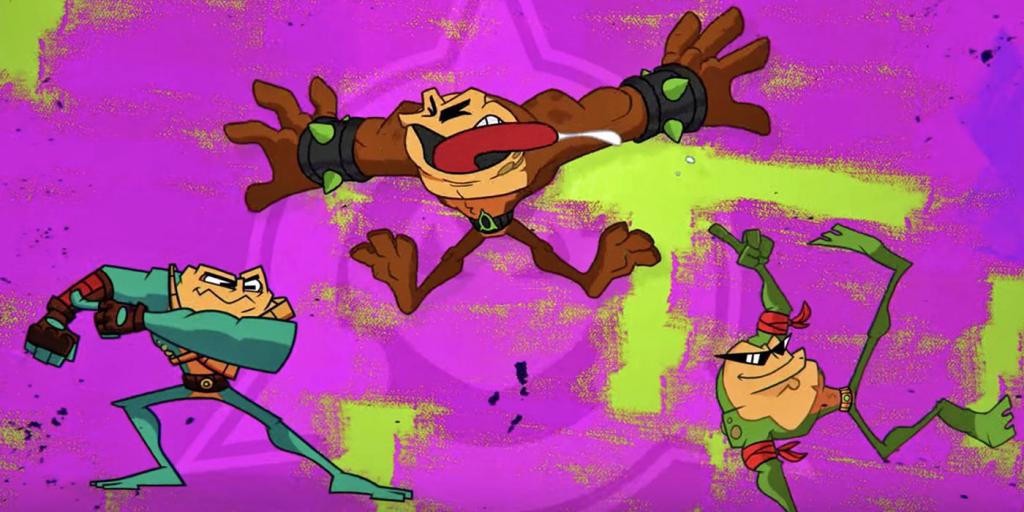 The bike levels in the original Battletoads were known for killing players in a matter of minutes. A back-facing perspective is used in these areas to allow the player to notice incoming obstacles as they go down a long highway.

To avoid obstacles, players can jump and move/dash left or right. To help players avoid a punishing failure penalty, checkpoints will be added to bike levels in the new version of the game.

Battletoads Xbox One Release Date Could Be Sooner Than Expected

As part of the official release date trailer for Battletoad, gamers are given a taste of the game’s animated cutscenes and a wide variety of gameplay. The cutscenes are animated in a style reminiscent of Saturday morning cartoons from the 1990s. Cutscenes like these are likely to be interspersed throughout Battletoads.

Battletoads excels at a wide number of gaming genres thanks to the game’s animated aesthetic. For every Castle Crashers-style beat ’em up level, there appears to be a level of a completely different genre, similar to the iconic Battletoads. Turbobike racing stages remain included, however they are viewed from the back rather than the side as in the original. There is a platforming stage similar to Rayman Legends, a SHMUP level, and a whole lot more to enjoy.

Although the trailer only lasts for a little over two minutes, the message it conveys is very obvious. This Battletoads is absolutely different than the original game, but it’s still inspired by the original in many ways. The new Battletoads may be enough to bring back old fans who haven’t played the game in a while.

But there’s a second message that can be gleaned from this announcement. That Battletoads hasn’t been a part of any of the Xbox Summer activities so far is the main reason. It’s the fact that Battletoad’s release date was announced on a Friday morning without any hoopla. This could be interpreted by Battletoads enthusiasts as a lack of faith in this particular Battletoads. However, the game is nearing completion and gamers will soon be able to evaluate it for themselves.

Xbox One and Windows 10 users will soon be able to get their hands on Microsoft’s E3 2018 announcement. Fans know that Battletoads will be accessible on Xbox Game Pass, but they don’t know how much the game will cost. However, Xbox Game Pass subscribers already have access to a slew of free games. As at the time of writing, the Xbox Game Pass costs INR 999, which works out to $14.99 USD or £7. 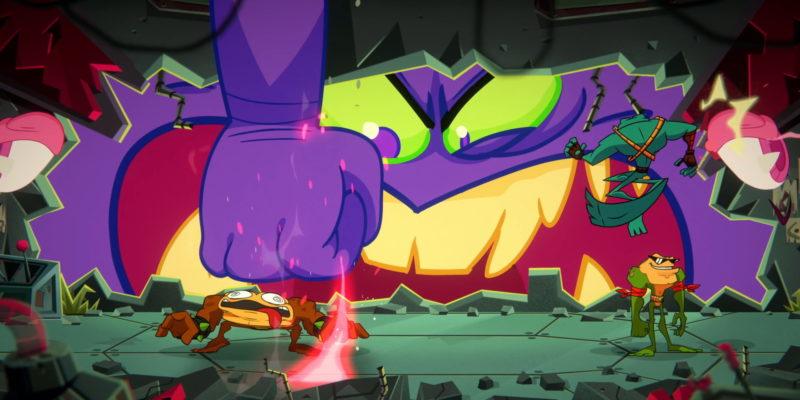 A cult classic from 1991, the original game was developed by Rare and released. Battletoads will feature a variety of gameplay modes, including beat ’em ups, platforming, and even racing. Even though it was developed by Dlala Studios and Rare, the new Battletoads keeps the cartoonish look of its predecessors.

The game’s release would be a thrilling event for gamers, as evidenced by the trailer’s extensive use of gameplay footage. Battletoads, a new local co-op game that launched in August, allows players to join and leave at any time. Zitz, Rash, and Pimple have returned after a 26-year absence, according to Rare.

Will there be a new battletoads game?

It’s the first new entry in the Battletoads series since 1994’s Battletoads Arcade, which was also a reboot of the franchise. The Xbox One and Windows versions of the game were launched on August 20, 2020.

What console is battletoads on?

Developed by Dlala Studios and Rare, the game will be released on August 20, 2020 for the Xbox One and Microsoft Windows. High resolution hand drawn 4K 2.5D graphics with three-player couch co-op are included. The game’s first gameplay clip debuted at this year’s Electronic Entertainment Expo (E3).

Was Battletoads a real game?

A beat ’em up/platform video game created by Rare and distributed by Tradewest is Battletoads. For the Nintendo Entertainment System, it was launched on June 1st, 1991 as the first game of a series called Battletoads.

Battletoads faces a considerably more daunting task than most modern reboots of classic games. Compared to the rest of Xbox’s library, it has very few things in common, and as a result, it’s recognized more for its flaws than its virtues.

Rare and Dlala, on the other hand, appear to be making the correct decisions when it comes to modernizing the traditional beat ’em up. To see more Rare properties get the proper rebirth they deserve, we need to see how Battletoads performs among aficionados and newcomers alike.

For the time being, the only thing we can do is wait for Microsoft to announce a release date. While you’re waiting for your buddies to start bidding on which of the three toads you want to play, we advise you start calling dibs on your own.