A wide range of helpful tips and tricks are available for both newcomers and seasoned players alike, so you can get the most out of your experience with Pokémon Sword and Shield on Nintendo Switch.

New Pokémon to catch, new Dynamax/Gigantamax battle mechanics, version-exclusive content, and an exhaustive list of QoL enhancements that streamline the series’ notoriously complicated gameplay systems are all included in the latest Pokémon RPG.

We’ll cover everything you need to know as a new player entering the Galar area, from choosing a starter Pokémon to gathering and battling Pokémon to fast leveling up your Pokémon, in this beginner’s guide.

Tips for Picking Your Starter

Choosing a starting point The choice of Pokémon is a critical one in Sword and Shield. For starters, there are now three new types in the game: scorbunny, who is a Fire type, sobble, a Water type, and groopy, who is a Grass type. We recommend that you go with the one that you find most appealing, but if you want to have an easier experience in the beginning, you can strategize. 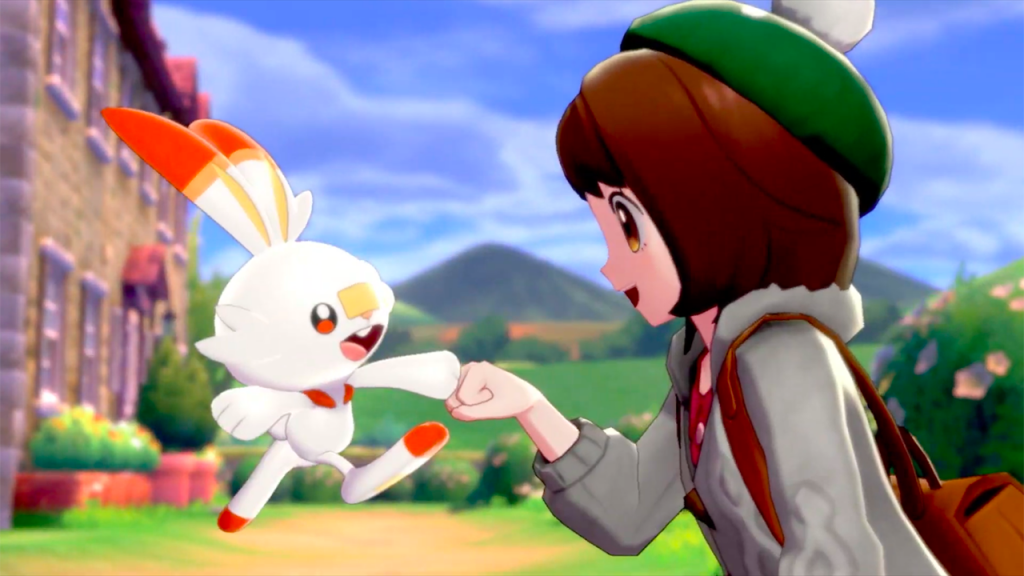 It doesn’t matter whatever starter you choose, because the first three Gyms are Turrfield (Grass), Hulbury (Water), and Motostoke (Fire). Scorbunny has an advantage over most other Pokémon games because you’re more likely to find Grass/Bug-type Pokémon early on. Many other things must be taken into account as well:

Tips for Catching and Battling Pokémon

In the early stages of the game, you may come across several aesthetically pleasing Pokémon that you’ll be compelled to capture. Even if the goal of Pokémon is to collect them all, you’re likely to come across a better, more powerful variation of the same Pokémon in the future. As a result, when you’re out in the wild battling and catching Pokémon, remember these tips:

Tips for Leveling Up and Evolving Pokémon

Leveling up and developing your Pokémon are two of the most important things you can do in Sword and Shield in order to take on stronger Gym Leaders and tougher creatures in the Wild Area. When it comes to leveling up, though, there are a few things to bear in mind, such as what to do and what not to do:

Due to the fact that Sword and Shield are the first Pokémon games to be released on the Nintendo Switch, their handheld predecessors are fundamentally different. Graphics have, of course, gotten better, but gameplay has remained much the same. However, there are a lot of new features and adjustments that you should be aware of before you begin playing.

Your progress will not be lost if you enable autosave at the beginning of your journey. This is a brand-new function in Sword and Shield, and it operates the same way as autosave does in other games. You can always disable autosave in the settings section if you prefer manual saving.

In contrast to prior games, Sword and Shield lets you access your PCs from virtually anywhere in the game’s overworld. In other words, players can swap out Pokémon whenever they want, and they can also organize their numerous boxes however they see fit! Navigate to the Pokémon party menu and press ‘R’ on the joy-con/controller to gain access to your PC.

Move reminder NPCs now present at every Pokémon Center if you want your Pokémon to remember a move they’ve already learned. It used to be that remembering a Pokémon’s move meant giving up a Heart Scale. However, in Sword and Shield, this price has been completely erased, making it considerably easier and less expensive to do so. 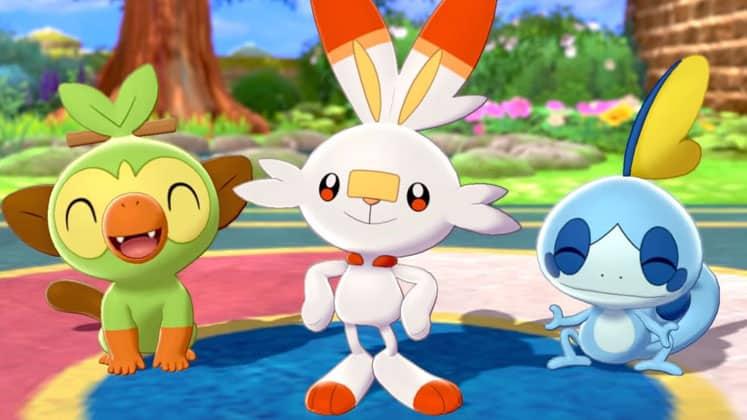 In addition to the normal battling in every Pokémon game, players are usually given at least one new side activity to explore. Poké Jobs and Poké Camps are two of Sword and Shield’s offerings. XP can be earned by assigning Pokémon to different occupations in the Galar Region. The Rotomi PC at any Pokémon Center has a Poké Jobs tab you can visit.

However, Poké Camps can only be found by exploration of the overworld. Players can take a vacation from adventure and see how their Pokémon interact with one another in these camps, which are free to enter.

Your party’s Pokémon will be able to run about and play with various toys while camping, as well as eat curry foods made by you. Curry dishes may be made using a range of ingredients that have different affects when consumed, and cooking is presented as a mini-game.

There are new Dynamax and Gigantamax mechanics that influence a Pokémon’s look and stats in Sword and Shield. When you have the Dynamax band on your character, you can perform three-turn Dynamax transformations on your Pokémon during combat.

There are some similarities between gigantamaxing and normalizing, but there are also some differences. Additionally, Gigantamax Pokémon will have their numbers enhanced even further and be able to use G-max techniques, which are extremely powerful. Gigantamax can only be achieved by a select few Pokémon, while Dynamax can be achieved by any Pokémon.

Exclusive Pokémon, exclusive Gym Leaders, and unique Max Raid battle encounters are all part of Sword and Shield, just as they were in prior Pokémon games. However, trading can still be used to obtain version-specific Pokémon. List of all version-exclusive content:

You can start the game with one of three Pokemon: Grookey (a Grass type), Sobble (a Water type), or Scorbunny (a Rock type) (Fire Type). 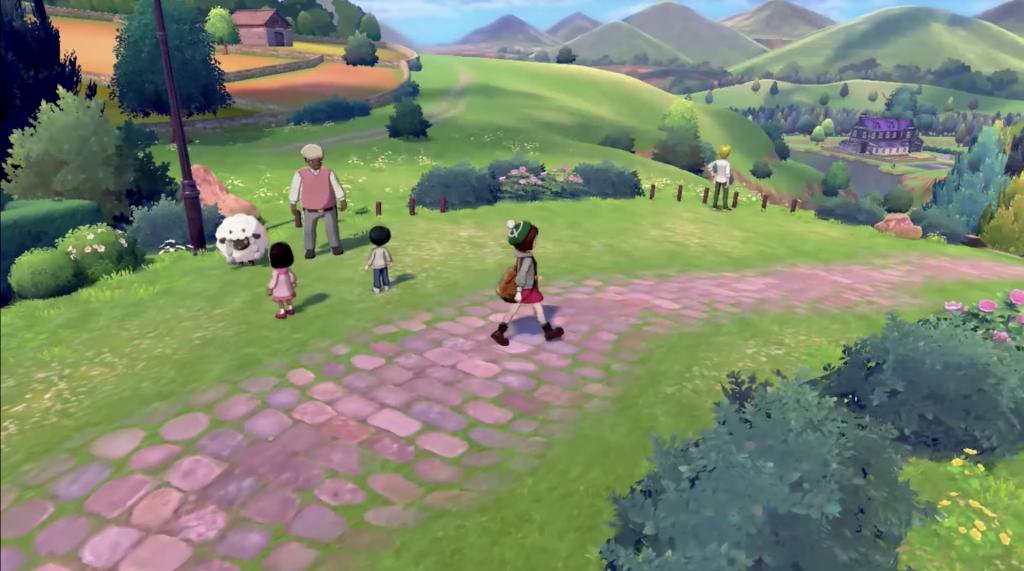 Since water types have the fewest weaknesses and those that do come from kinds with lower quality Pokemon, they have traditionally been considered the greatest starters in previous games. For your team, you’ll also have to travel to the ocean or fish for water Pokemon, which is more difficult than finding a good water Pokemon in the wild. As a result, Sobble will have a difficult time competing against Scorbunny in the first gym (with Grookey having little influence either).

Sword & Shield has stated that Grass type Pokemon will be prevalent in the early stages of the game, which might make Grookey obsolete. However, he has the potential to evolve into a powerful fighting-type Pokemon that can take on some of the more difficult Pokemon in the future.

Scorbunny and Sobble are most likely to have the most distinctive final evolutions and movesets, as well as the highest damage outputs, but we won’t know for sure until we see them in action..

A new and exciting region like Galar can inspire a desire to catch as many Pokemon as possible. Despite the fact that this may seem like a fun method to play, you may run into a lot of the same type of Pokemon early on, as we’ve seen in previous Pokemon games.

This can lead to a bad fighting experience if you have numerous Pokemon of the same type in your party. Ouch! What if you had a team full of grass- and bug-type Pokemon, only to come into a fire-type trainer?

As a result, it’s critical to not only pick your Pokemon carefully by catching a variety of different types for your core squad, but also to be aware of how different varieties fare against one another. Here’s a handy graph to help you figure out who’s better at what:

To make things easier and help you catch and employ the proper Pokemon, familiarize yourself with this or keep it handy while playing.

The EXP Share, which was introduced in the early stages of the Pokemon series, has become one of the most recognizable and cherished items in the franchise. In keeping with its moniker, the EXP Share distributes experience points to all of your party members, even those who aren’t engaged in combat (back in the very early stages of Pokemon games, only the Pokemon in battle would receive EXP).

If your other Pokemon were higher levels, using this item was the greatest way to level up a newly caught Pokemon. The EXP Share is now a global EXP Share for your party. After each battle, each Pokemon in your party will receive some level of experience. Savings in the long run when leveling up your Pokemon and not having to put up with an inferior opponent.

Getting stronger, earning gym badges, and finally completing the Pokemon League all require leveling up. You can easily continue through the early parts of the game, even if you’re at a type disadvantage in battles, if you invest a little time early on beating up low level, wild Pokemon to level up your starter Pokemon. A wonderful way to learn about all the Pokemon you can get your hands on

While it’s possible to find a Pokemon you’re particularly interested in and choose the first one you catch, that doesn’t imply it’s the greatest choice. You may be able to discover a higher level, different move set, or better IV version of the same type. Take your time before selecting on one of them so that you can make it a better and more powerful member of your squad in the long term. 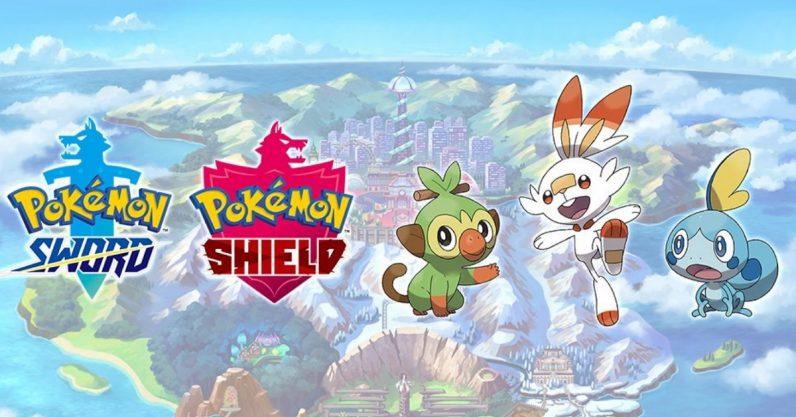 Is Pokémon sword and shield good for beginners?

Beginner players may find it helpful to begin with a group of Pokémon that are both simple to get and teach the fundamentals of the game. Sword & Shield, like the other games in the main series, offers a large number of Pokémon that are easy to catch and catch quickly.

What is the most popular starter in sword and shield?

Scorbunny. The most popular starter Pokemon is usually a fire-type Pokemon. It’s also usual for the primary game to be the best option.

What is the best Pokémon to have in sword and shield?

Tyranitar is one of the best-ever Pokemon because of its consistently strong starting stats. You can always count on moves like Stone Edge, Dragon Dance, Crunch, and Earthquake to get the job done.

Should I catch every Pokémon I see in Pokemon sword?

Keep an eye out for any fresh sights in the Wild Area.

Is Pokémon Shield good for kids?

Pokémon Sword & Shield may be geared for children, but it’s still a lot of fun for adults…. Adults and children alike will enjoy their offerings.