Laptops and tablets can be combined into a single device known as a 2-in-1 PC, which is also referred to as a convertible laptop, a two-in-one tablet, a two-in-one detachable laptop, or simply 2-in-1.

The term “convertible” and “hybrid” were used by technology writers to describe pre-2-in-1 portable computers prior to the development of 2-in-1s. With the term “convertible,” we mean a computer that can be used as either an external keyboard or a hot-pluggable internal keyboard that slides or rotates beneath the computer’s chassis. A hybrid was a mix between a tablet and laptop, while a convertible was a hybrid between a tablet and a traditional laptop. Convertibles and hybrids from before the 2-in-1 era are cousins of the later 2-in-1 PCs. Both convertible and detachable models of 2-in-1 PCs share the same nomenclature, but they are unique from the two pre-2-in-1 PCs since 2-in-1 PCs include extra functions that are not present in pre-2-in-1 PCs.

The two-in-one PC is an example of technological convergence because it combines a laptop and tablet into a single device. In tablet mode, they’re great for media consumption and light work, but in laptop mode, they’re a powerhouse for creating original content.

Most systems have a hinge design that allows the keyboard component to rotate 360 degrees out of the way behind the screen, allowing the laptop to be used as either a laptop or a tablet. As long as you’re going to be typing on the keyboard frequently, this type of 2-in-1 is the ideal option. As a matter of fact, typing on a hard, flat surface like an onscreen keyboard is an experience that I would never want on anyone. 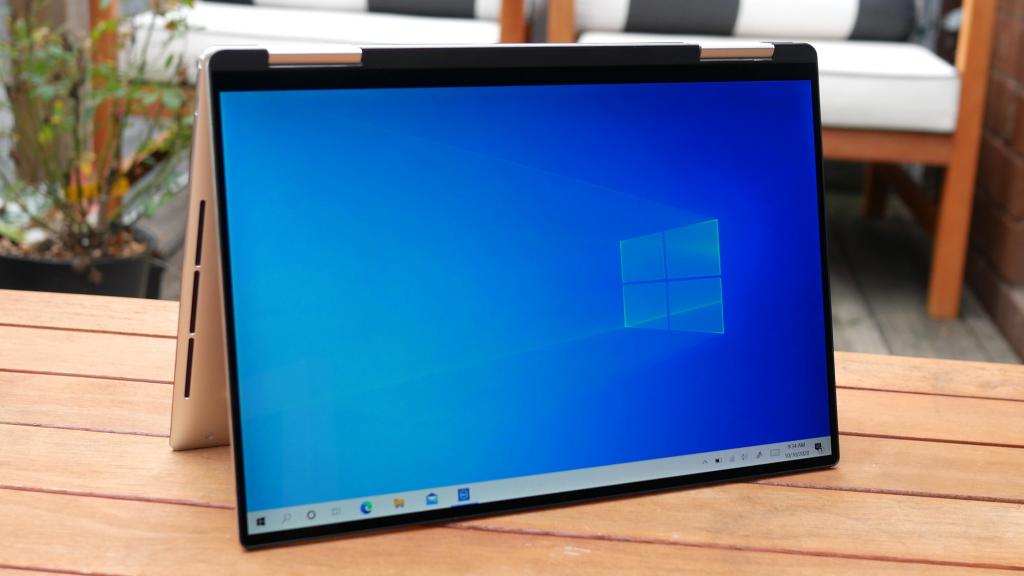 Convertible laptops can be used in a variety of ways because of their hinge’s ability to move. With the keyboard portion of the device facing down (known as “stand” or “display” mode) on the desk, you can show the screen to everyone in a conference by putting it in kiosk mode. As an alternative to the other modes, you can raise it up on its leading edges (known as “tent” or “A-frame” mode), which occupies less space. When it comes to versatility, you can’t go wrong with a two-in-one.

Traditional laptops have a battery and motherboard in their base, thus a convertible machine can be used on a lap or on a tabletop. Furthermore, the clamshell’s sturdy bottom cover makes for a more stable typing surface than the flimsy panel of a detachable keyboard case. The bottom half of a laptop never goes away, so there’s more place for batteries, which improves battery life.

In addition to the added weight and thickness that come with batteries, this type of computer has a more complicated hinge mechanism than a laptop’s. Convertible keyboards are also heavier and bulkier because the lower part of the keyboard is permanently attached.

Detachable Tablets: Two Devices in One

What we’re talking about here is a 2-in-1 tablet/keyboard hybrid. If you want the tablet to be as portable as possible yet still have access to the keyboard, the docking station is a better choice than the keyboard cover. Detachable laptops like the Surface Book, Pro, and Go are the first of their kind from Microsoft.

It is common for Windows 10 slate tablets (and their detachable counterparts) to weigh less than 2 pounds on their own, but adding a keyboard case or dock can quadruple the system’s weight. There are certain detachable keyboard docks that have extra battery cells that can considerably prolong the period of time you’re able to operate without a plug, making them functionally indistinguishable from a clamshell laptop. There are fewer frills, such as extra battery cells or USB ports, in the more basic keyboard shells, and most of them are notably more flexible. However, if you only use a keyboard on rare occasions, you probably won’t mind.

The keyboard case has the advantage of being slimmer and lighter than the typical laptop or convertible’s lower half. The weight of detachable-hybrid tablets, on the other hand, tends to be concentrated on the screen because all of the system’s components and batteries must be housed there. Determine if holding the computer in your hands and using the touch screen is the best way for you to use it.

When you’re presenting a slideshow on a huge screen and making notes with the tablet in real time, it’s best to remove the tablet and leave the keyboard behind. After lunch, you may quickly (and comfortably) reattach the keyboard so that you can easily (and pleasantly) adjust the slideshow’s material for your afternoon session.

You’ll have to pay extra if you want a convertible or a detachable hybrid with a larger screen, more storage, or a sleeker design.

Battery life and thinness are two of the advantages of using a fanless processor from Intel, such as the Core i3 or Core i5. Detachables are typically equipped with these chips. The low-power mobile processors in these devices are built for quiet, cool operation (which you’ll want for a system you’ll be using on your lap or in your hand) rather than blazing speed, so expect these systems to be less powerful than comparable laptops or convertible 2-in-1s.

However, a non-detachable 2-in-1 system is more likely to use a more powerful Intel Core i5 or Core i7 processor, as well as a cooling fan and potentially even a dedicated graphics chip. It’s likely to be a thicker gadget, but you’ll be able to perform more demanding media-creation tasks or heavy multitasking in the field with more power than before. We’re here to help you weigh your options and make an informed decision when it comes to purchasing a computer. 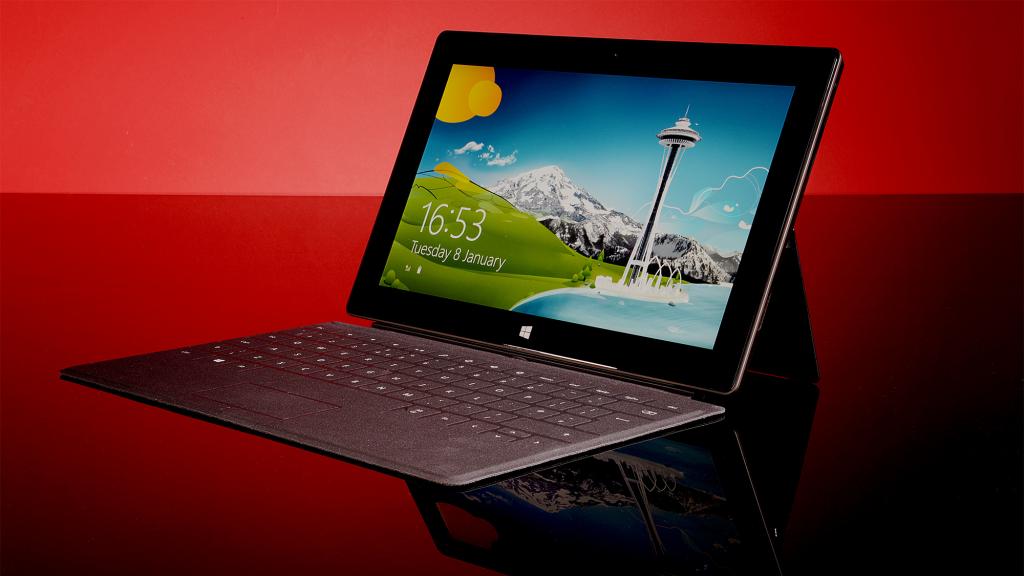 What sets a 2 in 1 apart from other electronic devices? When it comes to internal components (battery, storage drive, CPU) and external slots, a 2-in-1 is very comparable to a laptop (USB ports, DVD drawer). Also included is a tablet interface that allows for extra viewing and input choices.”

More information about the unique features of a 2-in-1 laptop can be found below:

Advantages of 2 in 1 laptops

If everything else is equal, users who don’t want tablet capabilities are more likely to buy a traditional laptop. As a result, the stand-alone tablet is the main threat to the 2-in-1 PC in today’s market.

So, how do 2-in-1s fare against tablets in terms of advantages?

If you want to use a 2 in 1 like a standard laptop in the office, you’ll need a physical keyboard. Because of this, a 2-in-1 is preferable to a tablet for the majority of daily office tasks. 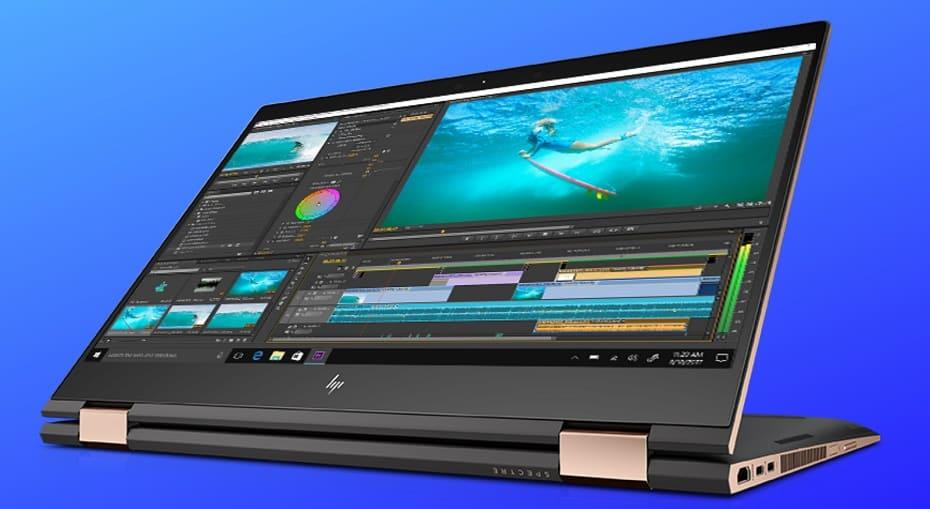 There are several ways to use a 2 in 1 tablet: it can be used in a combination of office and industrial environments, or anywhere where a touchscreen interface is necessary.

In many cases, the tablet/drawing interface of a two-in-one laptop is an appropriate supplement to a standard laptop, whether for office work (flow charts, brainstorming sessions, etc.) or for home entertainment (such as family drawing programs and games).

What’s the difference between a laptop and a 2-in-1?

Size and type of screen. A 12-inch tablet like the Apple iPad Pro is now available. Meanwhile, 15-inch laptop PCs with 2-in-1 functionality are the norm. When it comes to large-screen computers, classic laptops are the best bet because they can go up to 17 inches.

Is 2-in-1 laptop worth it for students?

There are many advantages of using a hybrid notebook for students, including saving time, money (and probably even space), and effort, as well as cutting down on your carbon footprint. You can still get the degree of performance that you need for your studies.

When it comes to 2 in 1 devices, they’re often constructed in the same way as laptops, with the same internal components (battery, storage drive, CPU), as well as exterior connectors (USB ports, DVD drawer). Also included is a tablet interface that allows for extra viewing and input choices.”

According to Lenovo, a 2 in 1 is a laptop that can be used as both a laptop and a tablet at the same time.