What Is DDR5 RAM? Everything You Need To Know

In terms of PC memory, DDR5 is the next step in evolution. Memory density and bandwidth are the primary goals of this iteration, which also reduces power consumption.

In the first place, DDR5’s basic bandwidth has increased by 50% from DDR4’s 3,200 MT/s to 4,800 MT/s. The long-term potential is much greater, with bandwidth capable of peaking at 8,400 MT/s when the faster equipment is available. As an illustration, take a look at the image above from Micron. In part, this is owing to the new standard’s support for substantially higher clock rates.

However, there are currently DDR4 modules that reach 5,333 MT/s, but they are overclocked beyond the ordinary limits of DDR4. With DDR5 overclocking, we’ll be able to go even higher in the near future. However, in the short future, there appears to be little difference in real-world speed between the two standards at the same frequency. More performance gains are expected as DDR5 matures more and speeds are increased significantly.

Although there isn’t much information available now on latency, it appears that future modules will have latency values that are slower than DDR4. This shouldn’t be an issue outside of simulated testing because of the increased DDR5 clock speeds. 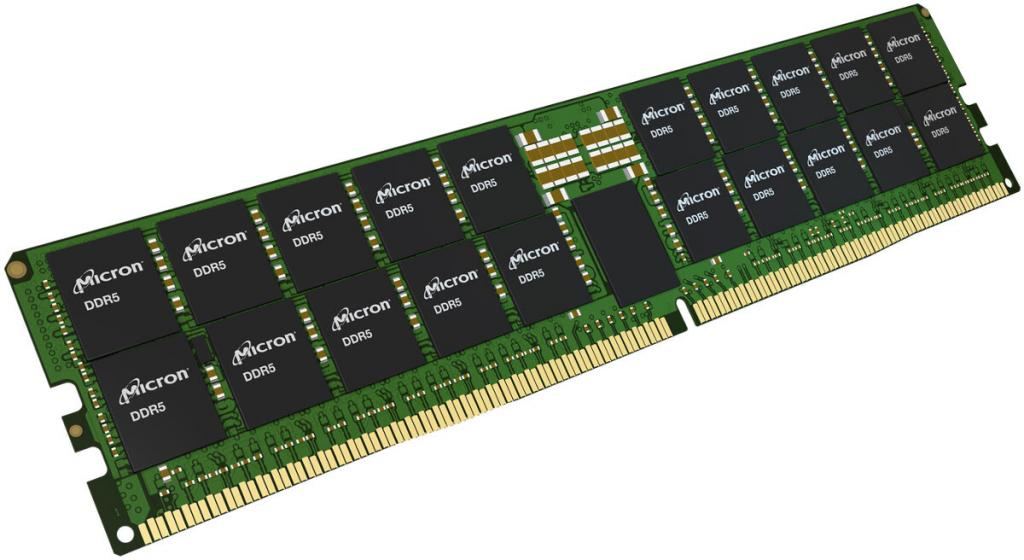 In terms of capacity, DDR5 is a huge leap forward. For a single stick of DDR4 memory, the maximum capacity is 64GB, and 32GB is the most frequent high-capacity choice. One stick of DDR5 memory can store up to 128GB. It’s safe to assume that, despite the availability of lower-capacity DDR5 RAM sticks from some manufacturers, new systems will feature a higher standard of memory capacity thanks to this generation.

For the time being, DDR5 RAM will be more expensive than DDR4 RAM because it is a new technology. When this new generation of RAM is widely adopted, prices will continue to drop, as they have for each subsequent generation up to that point. It’s expected to remain a little more expensive than DDR4 modules, but it’s likely to be a reasonable upgrade in the future years. However, DDR5 is now priced higher than DDR4.

Will DDR5 be hotter

DDR5 will generate more heat as a result of its increased bandwidth and capacity, but this isn’t always owing to the chips themselves becoming hotter. Voltage regulation for DDR5 RAM will be included directly into the module. DDR4 uses a motherboard-based voltage source for its RAM.

Theoretically, this should simplify the motherboard and provide each module manufacturer more control and flexibility in terms of how power is delivered to their modules.

The module itself generates additional heat, which must be dispersed. Corsair, for example, is already pushing their current cooling design as a benefit for DDR5.

DDR5 is still a very young technology. As a result, DDR5 RAM is expected to remain expensive and difficult to obtain for some time. It’s not going to be a pressing upgrade for most folks right now, and the options, in the beginning, will be very limited. Furthermore, upgrading is not always as straightforward as purchasing new RAM sticks.

Right now, you’ll need a new CPU, a new motherboard, and DDR5 RAM sticks in order to upgrade to DDR5. Right now, the only CPU and motherboard options are Intel 12th generation processors and a Z690 motherboard. However, we expect DDR5 support to appear with AMD’s next Ryzen CPU generation — Zen 4 — when the company releases supporting hardware. In 2022, these will be released. 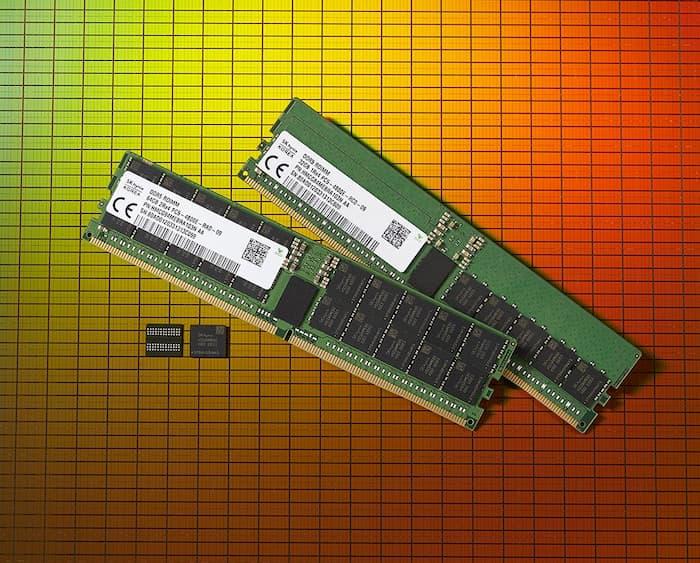 Manufacturers including Adata, Crucial, Corsair, GeIL, G.Skill, OLOy, Team Elite, and a few more are presently selling DDR5 RAM sticks. However, there are just a few available, and the costs are astronomical.

If your present power supply does not satisfy the requirements for the new CPU, motherboard, and RAM, you may need to upgrade your power supply. Additionally, the upgrade expenses will rise.

Due to a change in DDR5’s power architecture, voltage regulation is now located on the module rather than the motherboard. This improves the system’s power distribution, but it also raises the module’s heat generation. While this may not be a big deal for most consumers, the next generation of RAM sticks are expected to include on-demand cooling systems. The voltage has been reduced from 1.2V to 1.1V in the current generation, resulting in lower power usage.

The future of DDR5

DDR5 will be the new standard in the future, but it isn’t something you need to buy right away. Generations of DDR often run for five to seven years at a minimum. In the middle of the lifecycle, high-performance hardware tends to be available on the market. As a result, in the next two to three years, this new memory generation will see a lot of progress.

This implies better RGB implementations, overclocked modules, and the greatest part of all, reduced costs. With the addition of AMD hardware, you’ll be able to choose from a wider range of solutions for supporting your software. For DDR5 to evolve as a standard and merit an upgrade, it requires a broader range of device support. 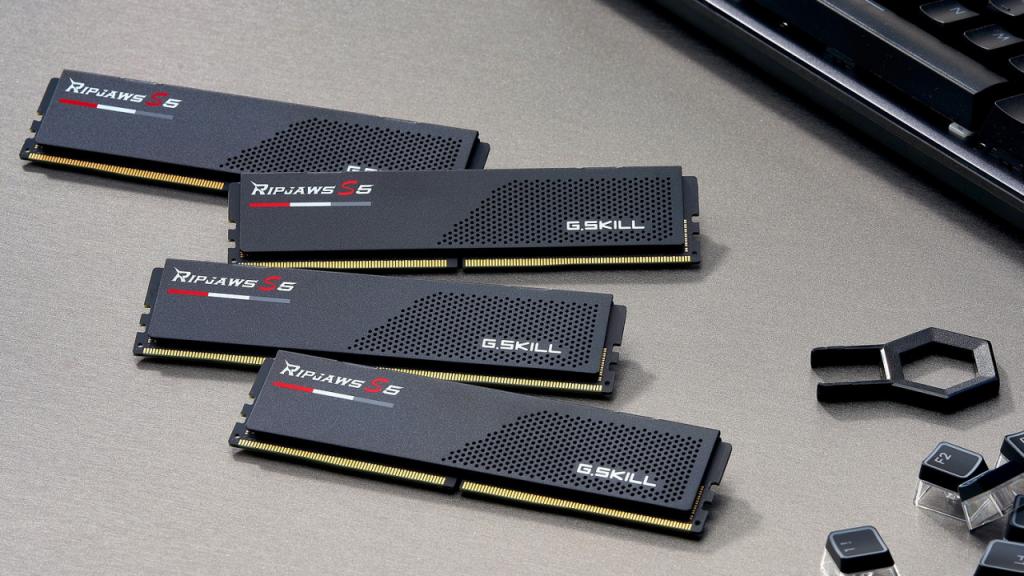 Do all DDR5 modules have ECC?

ECC (or error correction control) is included in DDR5, and it is capable of detecting and correcting multi-bit errors and single-bit errors. It’s not what you’re looking for if your workload already necessitates the technology, however.

Error detection and correction are conducted at every level, including the data flow to the CPU, using classical ECC. However, once the RAM leaves the chip and begins its journey up that long, narrow wire to the CPU, there is no ECC done, so faults introduced along the way aren’t its concern. With DDR5, the ECC is built into each physical RAM chip.

So, what’s the point of doing this in the first place? In order to quadruple the density of a chip, you’ll need additional levels of safety. The only places where ECC is still utilized nowadays are in mission-critical systems like servers and workstations. As a result of the on-die ECC in DDR5, high speeds and great densities are possible.

As a result, consumers won’t have “complete” ECC RAM support (though whether that’s necessary is up for discussion), whereas commercial CPUs and RAM still offer full ECC support in their designs.

Can I run DDR5 on my current system?

No. A new CPU, motherboard, and RAM are required to operate DDR5.

What CPUs will support DDR5?

AMD’s Zen 4 CPUs are slated to support DDR5 in 2022, however Intel’s 12th-generation “Alder Lake S” CPUs were the first to ship with DDR5 capability this fall.

In general, it rarely pays off to spend a premium price for new technology because it is “future proof.” DDR5 is expected to be more expensive than DDR4 by October 2021, therefore it’s usually advisable to wait until prices are more or less equal before making a purchase—but a lot of this relies on what you value.

It all depends on how you view your investment in RAM, as well.” As of 2021 or early 2022, if you pay a premium for DDR5, you can utilize that RAM in a new system built in 2026, where you would otherwise have to discard the DDR4. However, it is usually preferable to wait a few years after the first release of a new memory standard before upgrading to the larger, faster, and cheaper RAM that will be available at that time.

What Platforms Will DDR5 Work On?

It was initially restricted to Intel’s new LGA 1700 socket (“Alder Lake”) platform, with distinct advancements in the data center and server market focusing on registered DIMMs. Intel and AMD are both expected to make substantial advancements in next-generation platforms.

For the time being, DDR5 memory is supported on the majority of (but not all) 12th Generation Core motherboards under the Z690 chipset in the consumer market. Some Z690 motherboards, however, will still be able to use DDR4 memory. In a bit, more on that.