Tekken is by far the most recognizable and defining video game in its genre. This series has been a mainstay in the fighting game industry for many years.

In addition to being available on a variety of home consoles, Tekken 7 is one of the industry’s top competitive fighting games right now.

Ranking All Fighters In Tekken 7

Tekken 7’s basic yet balanced gameplay and characters appeal to both casual and competitive players.

You can play any character you like in this fighting game, because your talent is what ultimately defines your success….. As a tribute to the excellent balance of characters, this is a fact.

This does not rule out the possibility of creating a tier list for this game. Our rankings are based on tournament results and statistics from hundreds of online fights. 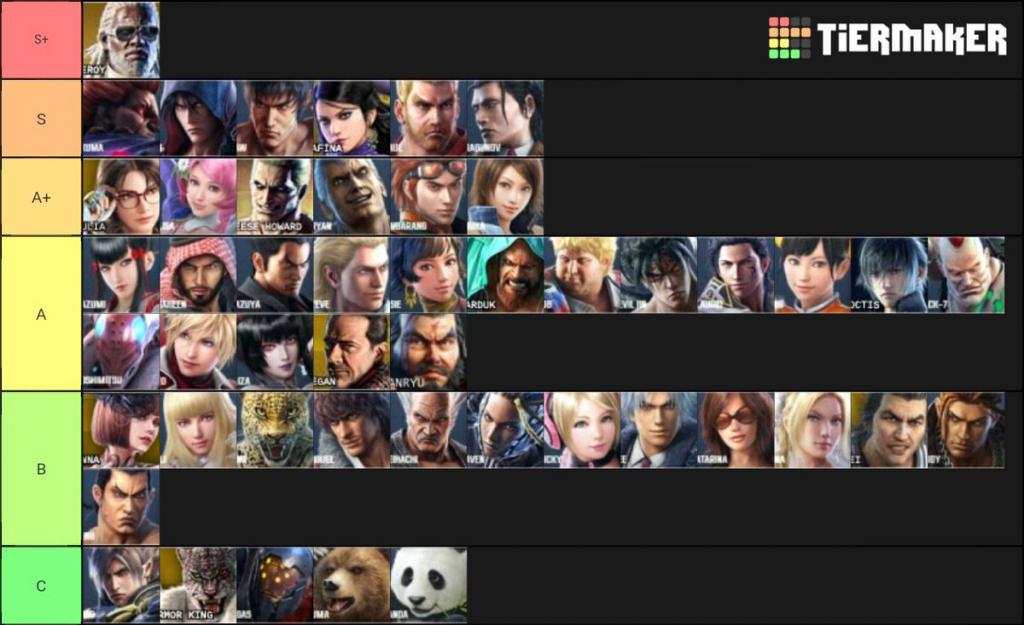 Check out our most recent Tekken 7 tier list right here, so don’t waste any time and keep reading.

Akuma is the best character in Tekken 7 according to our ranking system. It’s quite ironic, if I do say so myself. Someone from another game is the finest character in the game. I’m not sure if Tekken 7’s devs are playing pranks on us or if it was an accident. Akuma currently has some of the most devastating combos in the game. In addition, even if an assault misses its target, the other player cannot do much to penalize you. It has the stature of a god.

We also added Geese Howard and Leroy on the S-tier. Both are at the peak of their game, able to deal massive damage while also keeping their opponents at bay with their zoning abilities. Furthermore, their capacity to punish their opponents is unmatched.

Steve is unquestionably one of the most skilled fighters in the series. Despite his early struggles, he has made great strides and is now the game’s most popular vote-getter. Steve is your best bet if you only care about winning.

The fact that these characters aren’t at the top of this list doesn’t mean you should treat them any less favorably. They’re all superb warriors who can easily defeat anyone else on this list. Their disadvantage as compared to S-Tier characters is minimal, and with the appropriate tactics, they can quickly be taken down by a capable foe like you or your team.

Although she lost the match, Kazumi’s inclusion in the Tekken World Tour 2019 Finals is a testament to her strength even if she was defeated. As for characters like Dragunov and Jack-7, all of whom competed in the tournament’s top eight, All of these characters have excellent grabs and can safely do significant damage.

The potency of this tier is starting to wane in comparison to the higher ones, but it is still a good place to start if you want to go up the ranks. In the middle of this layer, we have Law. Unfailingly trustworthy, he’s a character you can count on to have excellent combo potential (Disclaimer: which is what you want in the game and not in real life).

There are characters like Lee and Devil Jin (traditional characters) that have incredible potential to deal damage from afar and their unique combination of strikes may throw even the most seasoned players off their game plan. They can be terrifying foes, even if you don’t intend to play these characters.

The C-Tier has been reached. Despite the fact that the characters on this list aren’t the strongest, they are nonetheless viable possibilities due to their above-average fighting abilities. If you’re an expert, you won’t have any trouble playing with them. Playing with Bob, for example, even if he doesn’t have the best launches in the game, will likely be more successful if you’ve spent a lot of time developing your play style. It’s more important to feel at ease with the character at this time than to know all of their specifics. 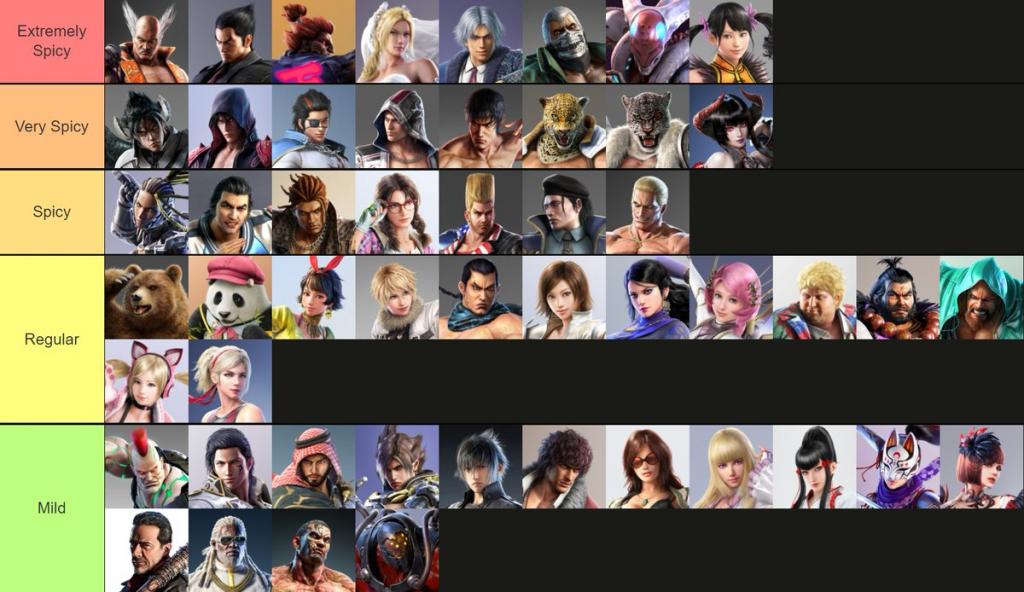 Despite the fact that they are enjoyable to play and offer a few advantages, these characters lack the all-around utility of the higher-ranking characters. Kuma and Panda are the most prominent characters in this list. Their poor mobility makes it easy for them to be punished by characters like Hwoarang. We recommend that you start with characters at the top of this list.

Finally, F as in “press F to pay respects” as we come to the end of our Tekken 7 tier list. After all, these characters have passed on (at least for now). There is a lot of room for improvement in all of them if they are to be helpful in competitive play. In order to avoid them, we can simply say “don’t do that”.

Katarina is the game’s most frustrating character for us, as her assaults leave her vulnerable to enemy counterattacks. In spite of the fact that she occasionally manages to land a combo, it’s quite simple to break her and knock her out. “Keep away from more than 9000.”

As you may have guessed, in competitive games, there is a term for this: Meta. Playing this way is the preferred method of play for most players, and it’s also backed up by the preferences of professional players.

At the moment, the meta in Tekken 7 is favoring characters with zoning abilities, which allow them to deal damage from a distance and are difficult to punish if their strike is blocked. It’s possible that some characters have both of these skills, while others have just one of them.

The way we ranked these characters is by taking the Meta into account as well as which characters have easier combos to execute and require less practice. We also took into consideration the preferences of the professionals and their ability to maximize the particular fighting qualities of the fighters we selected.

How To Win More Games In Tekken 7

As previously stated, the player’s ability and knowledge with the fighters is more important than the fighters’ ranks. Playing Tekken is a fun and rewarding experience that allows you to flourish as whatever character you put your mind to.

For this reason, we’ve compiled a list of the most frequently used phrases in Tekken and their definitions (and in the fighting game genre). Some advice on how to get started in the competitive part of Tekken 7 is included in the final section of this tutorial.

Tips To Get Better In Tekken 7

The immobile fighter has an advantage in Tekken. If you don’t move out of the way, your opponent can easily overwhelm you with combos. Proper distancing from the fighter must be practiced. You may utilize this to dodge damage and set up combinations in the long term because it’s a simple skill.

2. Choose Whoever You Want, But Make Sure To Practice

In Tekken 7’s Practice Mode, professional players put in a lot of time before they became dominant in tournaments. You can practice your primary fighter’s move set in this mode if you’re a new player. More advanced principles will be put into practice as you acquire expertise and observe how they would work in the context of an actual game.

3. Take Advantage Of The Rage System

Due to the Rage system in Tekken 7, no fighter, no matter how low their health gets, is ever out of the match.

Rage mode will be activated if your fighter’s health drops to 20% or less. You have the option of doing a Rage Art or a Rage Drive while in this mode.

To initiate a combination or to deplete your opponent’s health, the former are special moves that deal significant damage (if your opponent hasn’t blocked them). The latter, on the other hand, are more sophisticated moves. 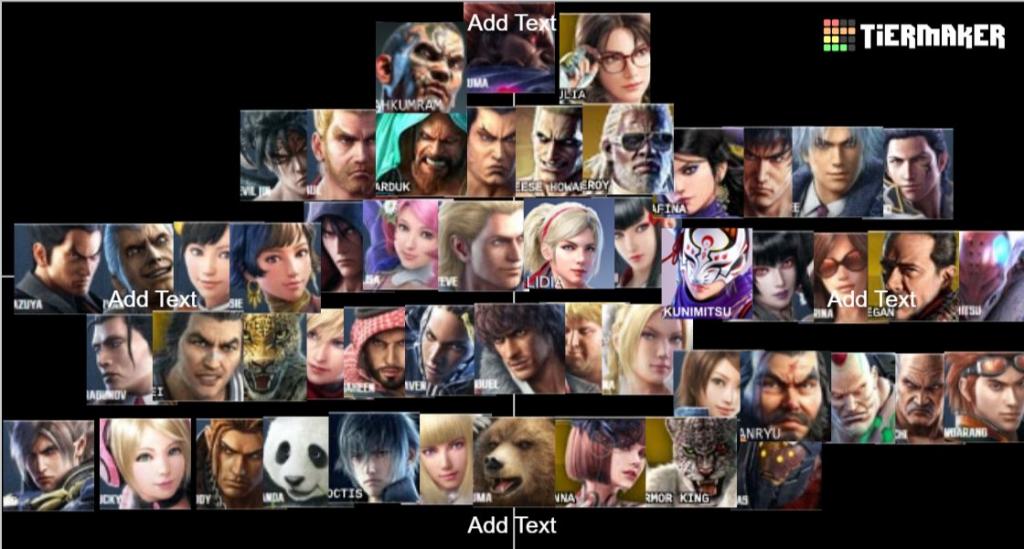 4. Don’t Be Afraid To Challenge Other People

In the end, what could possibly go wrong? The only outcome is that you’ll lose. Learning anything new from defeats can be applied in practice or future battles.

In the end, beating the machine AI over and over again is not enough to rise to the top ranks of gamers.

What tier is Bob in Tekken 7?

Armor King, Eddy, Bob, and Law, a martial arts master, are in the B-tier. The A-listers include Hwoarang, Shaheen, Alisa, and Lei. Claudio, Bryan, Kazuya, and Josie, a newcomer to the series, are all in the top two categories, S and SS.

Who is the weakest Tekken character?

Eddy Gordo, Lee Chaolan and Panda are some of the weakest characters in Tekken 7 – Katarina Alves is one of them.

Is Xiaoyu hard to play?

Even though she’s widely thought to be difficult to master, Ling Xiaoyu will be a loyal combat partner for those who can figure it out Trying to play Ling Xiaoyu’s “first pace” and open up opponents’ defenses might be challenging because she is an amazing counterattacker.

Akuma can be defeated at any difficulty level, although it’s a very challenging combat at the highest difficulty level. Choose the low difficulty game option for a less taxing battle. You can perform simple combos against this vengeful demon due to the game’s easy difficulty setting.

Tekken has a high skill cap, which is true, but it doesn’t mean that it’s impossible for beginners to get started with the game.

As long as you use this guide as your major source of information, you’ll be ready to take on the Tekken 7 leaderboards.