Amplifying how light falls on an object is a computer graphics technique known as ambient occlusion (AO). It has an impact on every part of the thing, but the shadows are where it really stands out.

This is due to the fact that direct light does not touch these locations, and reflected light does so only slightly. A scene’s reflected light is the light that reflects off of other objects and objects in it. ‘Occlusion’ is a phrase that refers to something being obstructed. It is now found in many graphics programs.

Finally, Nvidia developed VXAO (voxel ambient occlusion) as a replacement to HBAO and just unveiled it. If you have a high-end graphics card, you can take full advantage of this technology.

Ambient occlusion in video games was pioneered by Crytek’s SSAO technology. SSO is not genuine ambient occlusion, even though it was groundbreaking at the time It only considers a pixel and the pixels surrounding it, rather than taking into consideration anything else. There are some semi-realistic shadow effects that can be achieved with this method.

It’s a plus that this effect doesn’t take any time to load. It also shifts the burden from the CPU to the GPU, which is better suited to handle graphics-intensive applications. Because it doesn’t take all items into account, this can cause difficulties like jagged edges and less precise lighting.

The establishment of the SSAO was a significant step forward. At the time, it was a fantastic fit for the GPU’s capabilities and provided a good amount of lighting accuracy. Deeper immersion in the game and an environment that felt more real than ever before made it feel like you were truly a part of it. Ambient illumination has improved throughout the years due to advancements in technology, particularly in GPU power.

Prerendering, for example, is a technique that enhances the visual quality of a game while reducing the impact on performance. Using this technique, one may see how a character’s light impacts other items. Ambient occlusion techniques can also be used to enhance backdrop graphics that the player cannot interact with.

SSDO, the next generation of screen space directional occlusion, is the natural progression from SSAO. This is a far more accurate representation of the light reflected off an object than is possible with just pixels. Because of this, video games become even more lifelike.

SSDO is a technique used by game engines like Unity and Unreal to provide more realistic lighting than ever before. There are certain advantages to SSDO over SSAO in terms of lighting and shading accuracy. Still, you may wind up with uneven shading or jagged corners between objects.

As an excellent way to distinguish objects from one another visually, SSDO stands head and shoulders above the competition. Even while this isn’t perfect, it does bring us closer to realism while still operating within the restrictions of today’ s GPUs. This creates a depth that is not attained by SSAO.”

Indirect illumination, most commonly referred to as “global illumination,” is the closest digital image has to photorealism. GI examines the world’s light in relation to all of its other sources. You can see the shadow cast by a tree several hundred yards away, even if it’s not currently visible in the picture.

Even though it’s true that real-time global illumination has never been used in a game, Pixar employed it in Monsters U. They made advantage of cutting-edge technology to produce realistic-looking creatures, buildings, and other objects. Fans and critics alike feel that the movie was enhanced by the use of realistic shadows and light. 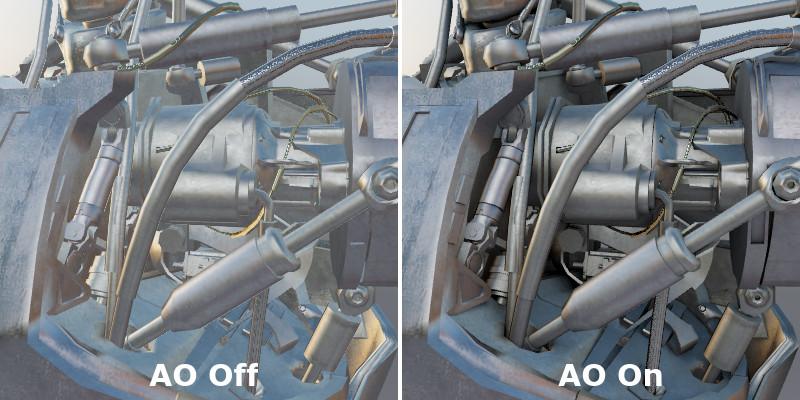 Two fundamental factors are behind the use of ambient occlusion:

Amplified Occlusion, on the other hand, appears to function in the opposite direction from the other surfaces. Every pixel (dot) on a screen that makes up a surface is converted into a line. To begin with, the line is perpendicular to the surface and bounces off each surface it meets at an angle equal to the incident angle (like reflection). When the line reaches the light source, or is obstructed, the process repeats again.

The Future of Ambient Occlusion

Ambient occlusion is unquestionably a fantastic and eye-catching feature. Furthermore, there is little doubt that graphics processing units (GPUs) are constantly developing. What does this signify for ambient occlusion in the future? But as I indicated previously, gaming engines still have the ability to include it, even if it isn’t generally used.

Ambient occlusion, in my opinion, should be shown on the large screen. It’s true that watching a movie or playing a video game are two quite distinct experiences. You don’t have to worry about the player staring in the wrong direction when watching a movie. Algorithms do not need to guess what the player will do. These flaws may also have the potential to destroy your game and produce unforeseen consequences if they are discovered by gamers.

As a rule, movies aren’t complicated. There is a purpose to everything you see in a movie. All of the animators’ plans come to fruition in the final product. In other words, there isn’t a lot of processing going on in the background when this happens. Because of this, ambient occlusion is becoming increasingly popular in animation. Final product may be seen on any TV or Blue Ray device, although being boring. There are an estimated 117 million Blue Ray players in the United States, according to Statista. As a result, a firm like Pixar can continue to produce visually gorgeous films that enthrall their audience.

There has also been a boom in firms like Netflix and HULU, which have made it easier to make material that can be seen by a wider audience. More than two-thirds of American families have access to a computer with an internet connection, according to Pew Research. As a result, many organizations are reaping the benefits of producing aesthetically appealing content since they know that their efforts will be seen by their target audience.

Should You Use Ambient Occlusion?

In 2007, when Crysis introduced SSAO, many modern GPUs couldn’t handle it at the time. Due to the powerful GPU designs utilized in recent graphics cards, however, the detrimental impact on performance is barely evident. So, even if you’re trying to get the most out of your system, it’s best to scale down some of the more demanding settings. 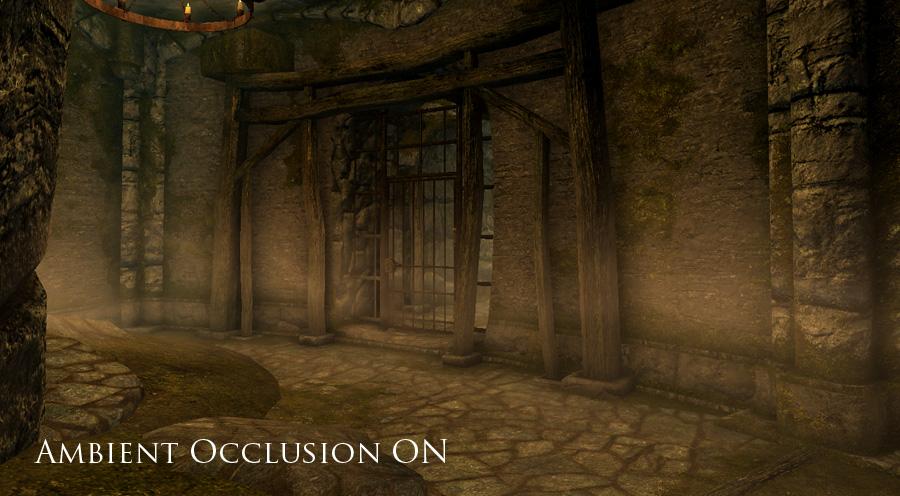 SSAO is usually an excellent option if none of the aforementioned are supported or if there are GPU compatibility difficulties. It’s going to create a great atmosphere and have a minimal impact on the system’s performance.

The use of ambient occlusion may be a lot of fun. Ambient occlusion adds a lot to a game’s aesthetic and depth, yet it’s rare to see it in most games. For the most part, the strain on your GPU is the main reason. It’s important for companies to reach as many people as possible, yet not everyone has the most up-to-date graphics card. This might severely hamper the success of a game that demands a lot of focus and attention. Probably one of the reasons the Crysis series hasn’t been performing so well recently.

Ambient occlusion isn’t the only graphics effect that evokes awe over time; there are a slew of others that do the same thing. Realistic ambiance is created through effects like distortion and bloom lighting, which make the player feel like they’re actually in a real-world setting. The nice aspect is that it’s much easier on your body. These effects can be seen in Bethesda’s Skyrim. Every console, including the Xbox 360, Xbox One, PlayStation 3, PlayStation 4, and the Nintendo Switch, can run Skyrim. It may now be played in virtual reality.

Does Ambient Occlusion Really have that Big of an Impact?

That is not actually the short answer. Gimmickry is cool, but it’s a waste of time and money. I’ve previously discussed how games and movies appear better when they use other approaches, such as ambient occlusion, in addition to ambient occlusion. However, the truth is that the success of a film or video game is due to a variety of things. It’s also important to think about the timing, story, content, and proper DLC management.

EA serves as a fantastic example of why more than simply appearances are important. The numerous microtransactions in Star Wars Battle Front 2 hampered gameplay and provided paid players an unfair advantage, causing the game to miss its intended sales target. EA had to handle the microtransactions in order to keep the game afloat, even though it was graphically stunning.

Others, like as Shovel Knight, a 2D platformer, rely on a unique blend of action and humor to attract large audiences. It’s important to remember that a game’s success is dependent on a unique combination of design, aesthetics, and narrative.

Defining ambient occlusion in graphics processing can be a challenge. It’s also interesting to see how it may be used in a variety of contexts, from live-action movies to video games and animation. It’s one of the many unseen factors that has contributed to the creation of some of our most cherished video games and films. Even while it’s fantastic, it isn’t the zenith of a game or a movie. Truly outstanding and timeless classics are made by keeping a strong narrative focus while utilizing all of the visual tools at one’s disposal.

Your turn now to tell us how you feel about it. How important is ambient occlusion in video games? Do you notice it when it’s in the background of a movie? Is making games more realistic worth the effort? How well can Crysis run on your computer? Seven years after its release, is Skyrim still your favorite game? Make your thoughts known by leaving a comment.