The Sims 3 is the third game in EA’s hugely successful Sims franchise, which has sold over 100 million copies worldwide. There have been numerous expansions made for this game over the years, just like there have been for all of the other Sims games, old and new.

There have been 11 expansion packs for The Sims 3, which is more than any other game in the series has received to yet.

All of the Sims 3 content packs and add-ons that have been released so far will be listed here, along with a brief description of each.

Start by looking at all of the major expansions, which provide a wide range of new features and gameplay mechanics as well as a variety of new products, furnishings and clothing.

When will the movie be out?

It is the first Sims 3 expansion pack, World Adventures, that focuses on traveling and experiencing other cultures and experiences. It lets you take your Sims on vacation to Egypt, France, and China in three completely new places. 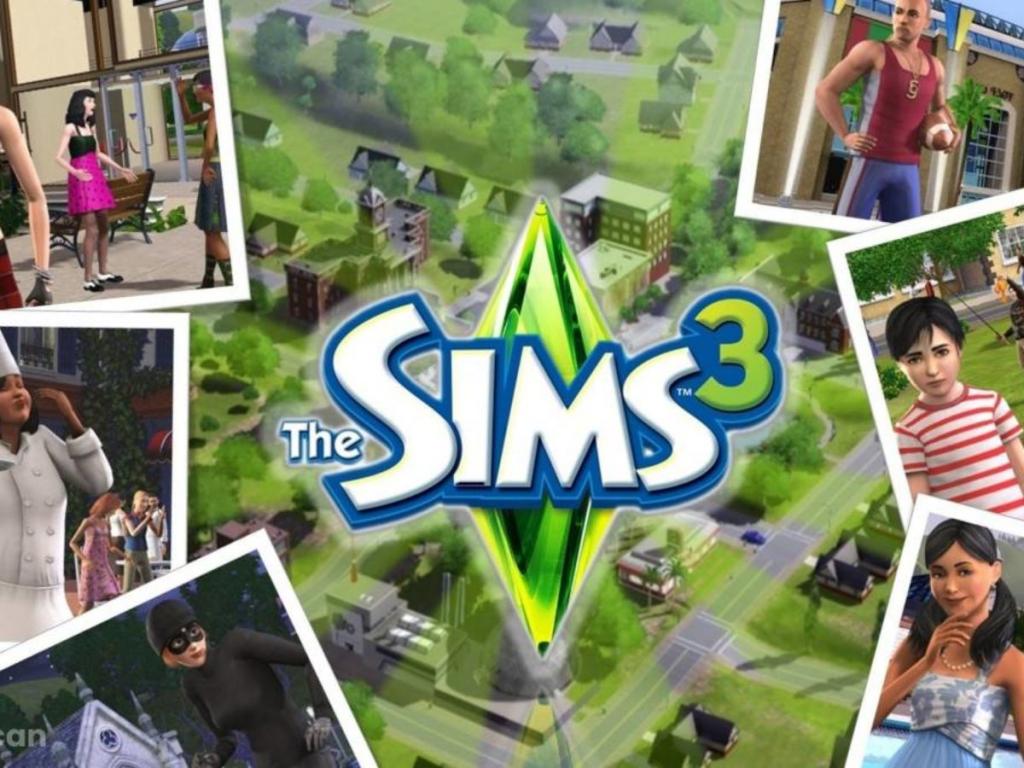 There are also new sub-neighborhoods that the player can visit, which include tombs that are loaded with secrets and danger, as well as missions, treasures, and the ability to learn new abilities such as martial arts and nectar production. It also introduces mummies, who the sims can engage with in a unique way.

However, unless you’re interested in exploring the pyramids or mastering martial arts, you probably shouldn’t get too excited about World Adventures.

Ambitions was the name of the second expansion, which emphasized the addition of new professions and abilities.

Sculpting, tattooing and inventing are the three new skills that have been added to the game. Twinbrook, a new town, and an update to the Real Estate system are among important features.

I think that Ambitions is worth having, as it brings a variety of new careers and other minor tweaks to the game.

Instead of focusing on suburban neighborhoods, Late Night introduces Bridgeport, a large metropolis that is as “sprawling” as the game’s engine will allow it to be. This is a large area of the Sims 3 world, but it has a sense of grandeur that is lacking in the majority of settlements.

Because the emphasis is on urban living, the expansion is heavily weighted toward the kinds of occupations and pursuits you’d expect to find there: cinema, music, nightlife, and so on. Music and sports careers are being updated and expanded as a result of this development.

In addition, piano, bass, drums, and mixology are taught. Mixology allows Sims to become bartenders and create a wide range of unusual beverages. The first three are just new instruments that musically minded Sims can learn to play.

Sims can also become celebrities in the expansion, which grants them additional benefits in the form of fame. In addition, sims can become vampires and enjoy many of the benefits of undeath that are generally connected with traditional vampires.

If you’re a fan of bachelor sims, Late Night should be a must-have expansion for your collection!

This game’s Generations add-on focuses on younger Sims and the activities that go along with them.

Only Daycare and Chemistry are new professions and skills in this update. The expansion primarily focuses on additional activities and things for children and teenagers, as stated above. Everything from field trips to the prom is included in this category. In addition, a brand-new memory system lets the player to keep track of certain occurrences in a digital scrapbook.

Aiming to shift the focus away from young adults and adults and toward children, Generations is a fun addition that will appeal to players who enjoy playing with large families.

The fifth addition for The Sims 3 focuses more on the Sims’ furry friends than it does on the Sims themselves, as implied by the title.

As part of its expansion, Pets adds a choice of dog, cat, and even horse-breeding options for the player’s sims, as well as a new Riding skill. Other “little pets,” such as birds, lizards, rats, snakes, and turtles, are also introduced as part of the expansion in addition to the three “primary” categories of pets.

For animal lovers who want to bring a new pet into their sims’ homes, this extension is a must-have.

When will it be out?

The sixth DLC, Showtime, is now available for purchase. It focuses on the concept of celebrities first introduced in Late Night with Seth MacFarlane.

In addition to the addition of a new neighborhood, Starlight Shores, the expansion introduces three new careers: Magician, Acrobat and Singer. Additionally, Showtime has the DJ ability, which is a cinch to grasp. However, Showtime’s major goal is to put sims in the spotlight and help them become famous celebrities.

Just like with Ambitions, Showtime is only worthwhile if the new careers sound attractive, as it doesn’t provide much else in terms of gameplay.

Mummies were first featured in World Adventures, vampires in Late Night, and now a slew of more supernatural creatures are joining the fray with the seventh expansion!

Vampires and zombies are also included in this category. The Sims: Supernatural introduces the town of Moonlight Falls and the careers of Fortune Teller and Alchemist to the Sims (paired with a new skill called Alchemy).

So if you like misty mountain villages, misty mountains, and novel animals and races, you should certainly check out Supernatural. 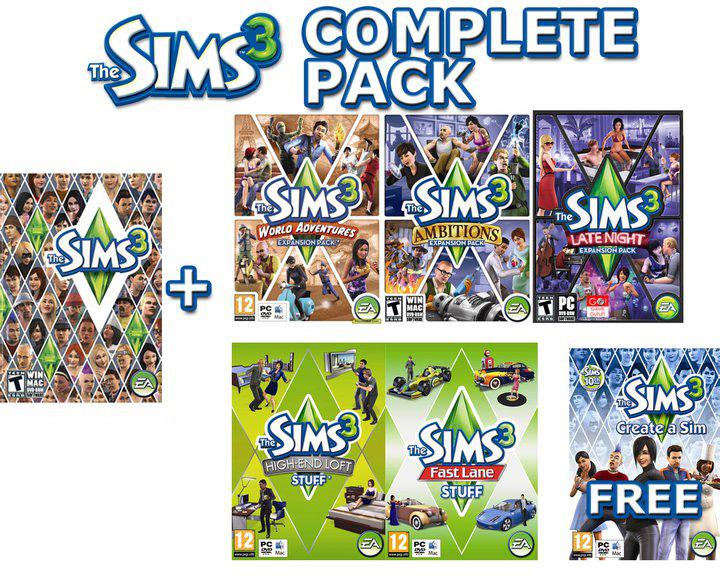 When does the movie come out?

Seasons, The Sims 3’s ninth expansion, breaks the constant spring/summer cycle that had plagued the game for so long.

Each season has its own unique set of activities and events that can only be enjoyed during a specific season, including holidays and festivals, as a result of this expansion’s default setting of seven days between seasons. Snowboarding and soccer are added to the game. Seasons also, strangely, throws in aliens into the mix.

In the grand scheme of things, this is an interesting expansion that many gamers would like having because it adds a lot of life to both new and existing neighborhoods, making the world feel dynamic and alive.

A college-themed expansion is in the works. Your sims will be able to dwell in the new sub-neighborhood of the Sims University while they complete their degree. This feature allows you to do so.

Majors include: Business, Communications Science and Medicine Fine Arts Physical Education Technology Sims can live in dorms, private residences, or sororities/fraternities while at university. They can also join one of three social groups: Nerds, Jocks, or Rebels, which may grant them access to additional benefits, both on campus and after graduation.

It goes without saying that Sims can learn new abilities, such as Street Art, Science, and Social Networking. With the introduction of smartphones in University Life, the old Sims 3 phones have been replaced with newer models that have new functionality.

If you’re a fan of playing with only one sim or a small group of sims, University Life will be a welcome addition.

A vacation-themed expansion like World Adventures, Island Paradise focuses on an island paradise rather than exotic foreign destinations.

You’ll find many tropical-themed attractions and activities in the new neighborhood of Isla Paradiso, which has been added to the game as an extension. Scuba diving for treasure and collectibles, as well as running a resort or becoming a lifeguard, are just some of the activities available to sims.

For this reason and because there aren’t as many features and activities as in World Adventures, Island Paradise may be worth picking up for fans of tropical settings.

The final addition for The Sims 3 is called Into the Future, and it includes a slew of futuristic time travel antics.

You’ll be able to visit the future with your sims and view what the planet looks like in the future with this expansion. As a result, in the new Oasis Landing subneighborhood, the Sims will be able to encounter their own ancestors, which might represent a dismal or utopian future.

In the end, The Sims 3: Into the Future is a suitable and intriguing way to conclude the series’ eleven expansions. Back to the Future lovers are going to have a blast with this one, for sure!

Despite the fact that expansions make up the bulk of the additional content available in the Sims 3, there are also “stuff packs.” This type of mini-expansion adds a range of things to the game that are connected by a common theme, but it does not introduce any important new features.

The Sims 3 has a total of nine stuff packs, which are listed as follows:

How many expansion packs are there for Sims 3?

One hundred and ten add-ons

Since its initial release in 2009, the game has gone on to sell over 10 million copies worldwide, making it one of the most popular PC titles of all time. Since the release of The Sims 3, eleven expansions and nine thing packs have been added. 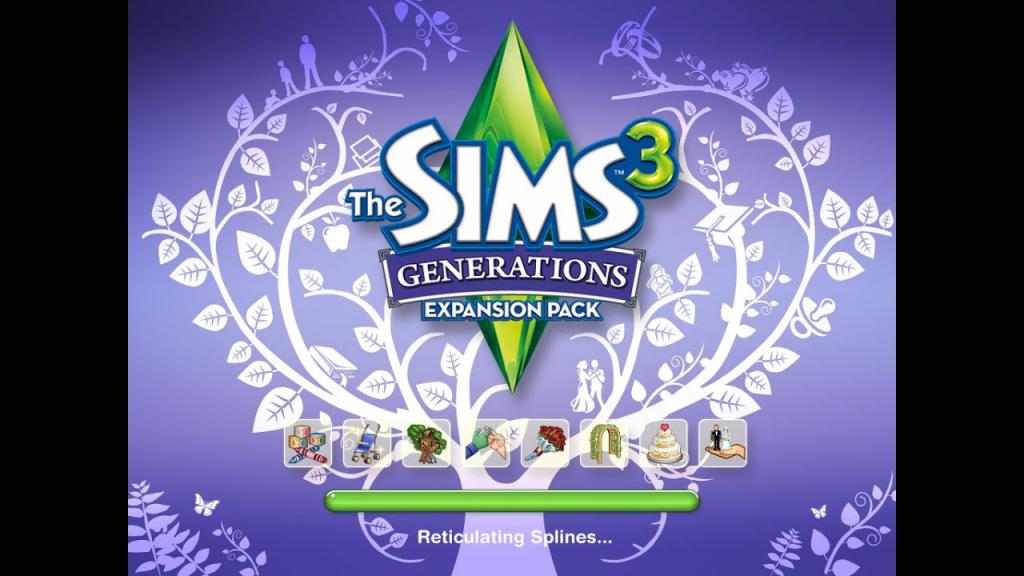 Can Sims 3 run with all expansions?

Sims 3 with or without its expansion requires the same hardware requirements. Assuming that if you can run the sims 3 on its own, then you can run all of its expansions as well To avoid a problem, make sure you’re running the game with the correct expansion installed.

Which Sims 3 expansion packs are worth it?

And those are all the expansions and content packs for The Sims 3 that have ever been released! If you don’t already own the game’s expansions and other add-ons, there is a lot of additional content that can be purchased on its own.

Let us know in the comments if you think we’ve missed something vital, and we’ll get to it as quickly as possible.