Here is our Valkyrie Connect Tier List, where we rank the best players in the mode’s PvP competitions.

With over 600 heroes to pick from in Valkyrie Connect, it can be challenging to put together the squad you want. To help gamers, we’ve ranked the game’s most important characters from best to worst. Due to the fact that Valkyrie Connect’s high-level play revolves around PvP, this list focuses on that aspect of the game. Even if you see your favorite team in the bottom ranks, don’t worry about it. The implication here is not that they are powerless.

Every single one of the game’s characters has the potential to be extremely useful. Even the best PvP characters on this list can be easily outclassed by those that are genuinely OP. We may begin now that this has been addressed. Since there are so many heroes to choose from, only the best ones have been included in the list. The following is our Valkyrie Connect Tier List.

There is no better group of heroes than this. They are sought for because of their high stats, utility, and ability to work well with any squad. 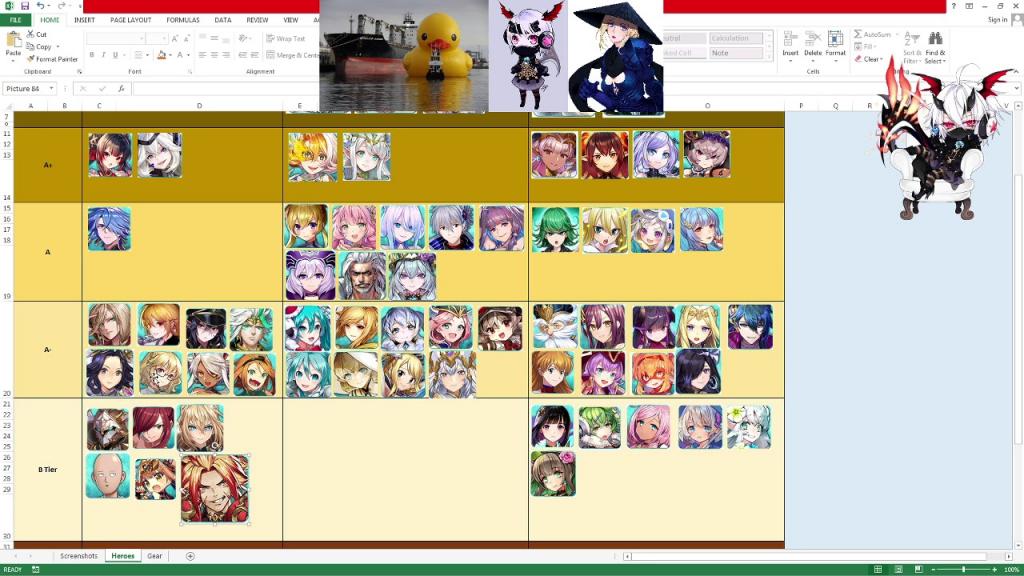 Excellent heroes that fall short of S-tiers in terms of utility.

These heroes are decent, but they’re hampered by a few weaknesses. As long as they have adequate funding and good setup, they can still demolish any rival team.

Heroes that don’t do anything particularly noteworthy, but who are nonetheless highly effective in battle.

For PvP content, these heroes are only somewhat viable. They should be used only when there is no alternative option for a given slot.

We know you’re eager to learn more about Loki, the person who has the most sway over the other players. Loki is a fantastic character with a wide range of impressive abilities that he is able to demonstrate to the best of his ability. When it comes to avoiding or tricking his opponents, he’s the best. He’s usually a bizarre guy that only considers things in terms of how much fun other people are making him have. With a sword in hand, this fearsome guy is unrelenting in his pursuit of the competition. As previously stated, Loki is a bizarre character that spends a lot of time in the forests of Alfheim. 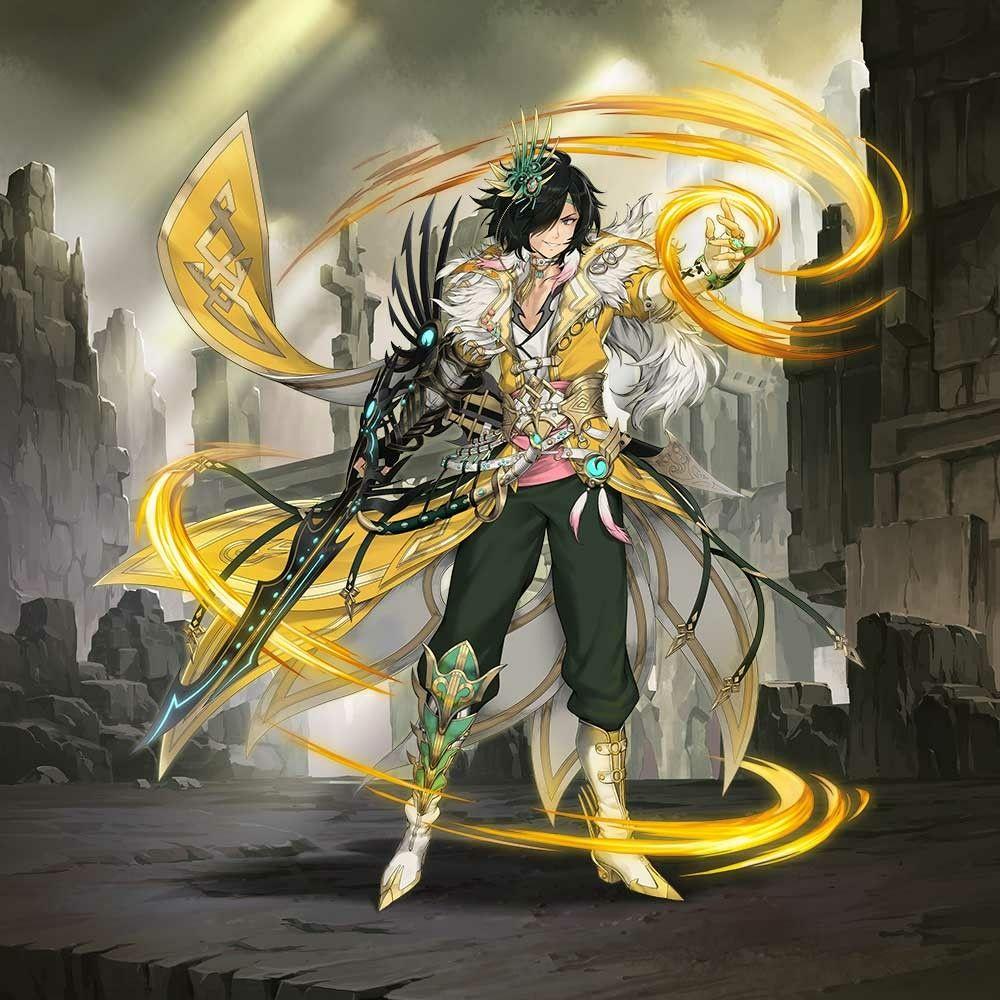 The second-best character in the Valkyrie tier is Christmas Treezai. Despite his talent, he can be somewhat dumb on the field. Christmas is widely known as a confused player who is always ambivalent and barely arrives to any decision in time. Unlike the other characters, Treezai only lasts three turns and there is nothing particularly noteworthy about him.

Awe-inspiring character who may enthrall the gamers with his magical powers. He’s a tough opponent to beat because of his potent strike. Odin is quite easy to play with, and it won’t take long to get the hang of it. His lack of physical defense leaves him open to attack from his opponents. To get the most out of Odin, you’ll need to boost his defense power.

Only the Guardian is in a condition of complete tanking. Considering his high HP and defense, he’s a top pick for many. Though he has a few flaws in his abilities, he is nevertheless considered one of the best characters available to the game’s players

One of the most lovable characters in the game, Thor has a number of abilities that outweigh his flaws. In addition to a powerful healing ability, he boasts a ferocious defense that terrifies his foes. Furthermore, he has a powerful paralysis effect that he utilizes to deal with all of his adversaries. Several conflicts were won thanks to this paralyzing effect.

Compared to the other characters, she boasts one of the most powerful magical attacks in the game. She becomes unmanageable and extremely difficult to deal with once she begins her attack. Additionally, her opponents are unable to do much about her agility. There are various arenas where she is less effective due to a limited range assault.

Thrud earns her spot on the A+ list by demonstrating a wide range of abilities. She has a unique capacity to kill the magic and protect herself correctly in any relevant area, which makes her a formidable opponent. There are some similarities between Thrud and Thor’s character traits and her well-rounded stats. 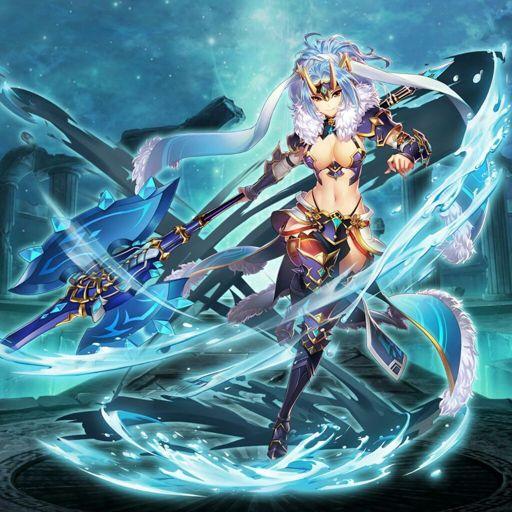 Hrungnir is a nice addition to the Tier List A of heroes. Valkyrie’s hero is more powerful than the other characters listed. He has the strongest conceivable defense, and like Thor, he wields a powerful weapon that paralyzes his opponents.

As a result of her high level of attack and damage, she is ranked among the strongest characters in the game. Due to her incredible attacking power and quick damage dealing, she has a strong victory record versus Heim/Thor and other players.

This character’s unique ability to put opponents to sleep in the arena makes her a favorite among fans. Simply put, she has the ability to put her opponents to sleep for an extended period of time. In addition to being an excellent healer, Mani also possesses an impressive defense system. Despite this, her attack and damage dealing stats are so feeble that she is relegated to Tier A.

When it comes to killing, Draculoki is a significant threat to everyone he comes into contact with. He stands out from the rest of the cast because of his great damage output. Due to his unique “life steal” trait, he also has a high chance of survival. In various quests, Count has shown himself to be an excellent opponent for the bosses.

Lady Freya is endowed with a unique combination of strengths and flaws that makes her a compelling role model. Level 1 gives her a magical ability power of up to 200, which is incredible! Despite her magical prowess, there are some obvious problems in her plan. She has a short-range attack that can inflict significant damage on adversaries who are within a reasonable distance. As a result, she frequently finds herself in a precarious position due to her lack of strength.

Did we miss any of your favorite Valkyrie Connect features? Is it your opinion that some of the heroes on our list should be placed in a higher or lower category? Your views and opinions on our Valkyrie Connect tier list are welcome and appreciated; please do not be shy about sharing them with us!